This week's column rounds up some of the rights issues that have recently come into focus. 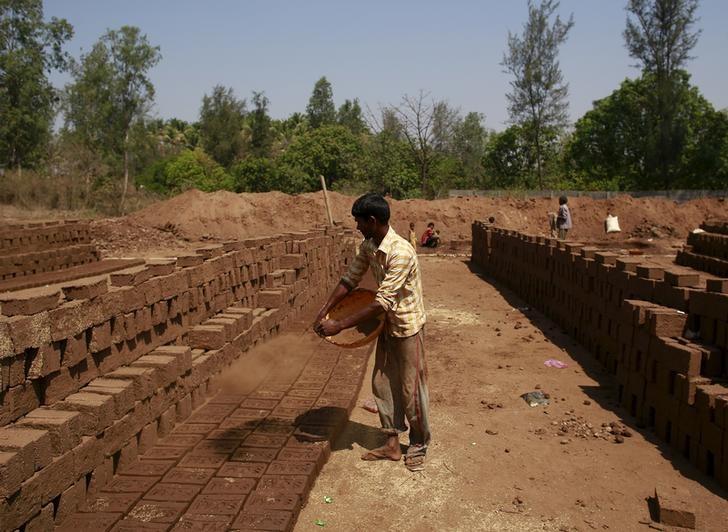 Bonded labour in brick kilns are the most common. Credit: Danish Siddiqui/ Reuters/Files

On January 24, the National Human Rights Commission (NHRC) issued a notice to the chief secretary of the Maharashtra government over the suspicious deaths of more than 500 tribal girls in state-run ashram schools over the past decade. As per the NHRC notice, which was concerned about violations of the right to life and dignity, sexual abuse is suspected to be one of the reasons behind these deaths.

The NHRC said that more than 1,500 students, including 700 girls, lost their lives in these schools in the last 15 years.

According to the Indian Express the NHRC had taken suo moto cognisance of the issue last year and had asked the state government for a report in October 2016, followed by a reminder in November. But because of the state government’s failure to respond, the NHRC has now given the chief secretary six weeks to file a report.

NHRC figures suggest that there are about 1,100 such aided tribal residential schools in Maharashtra in which at least 1.6 lakh girls are enrolled. The Hindu reported that these schools allegedly maintain menstruation records for the girls to ensure that they don’t get pregnant.

The issue came to light when 15 people were arrested in November 2016 for the rape of 12 minor tribal girls in a residential school in Buldhana, Maharashtra. The Maharashtra director general of police, Satish Mathur had said at the time that a special investigation team was being constituted to probe the matter. The National Commission of Child Rights had also asked the district magistrate for a report within a week after the incident, however, it would seem that institutional apathy continues to persist.

On January 3, six migrant labourers who worked at a bakery in Pune lost their lives in a fire while they were asleep on the mezzanine floor of the bakery, the Daily Mail reported. The workers had been locked inside the room where they also baked cookies and cakes. The fire occurred because of a short circuit and the workers reportedly died of suffocation and burns. The incident brought forth the exploitation and abuse faced by these migrant workers, who often work as bonded labour, against which decades-old legal sanctions have remained inadequate.

An NHRC official told the Daily Mail, “When such cases occur, the law enforcement agencies look at the more obvious crime and ignore other sections,” pointing out that the employer ought to have been charged with violating labour laws in addition to the charge of culpable homicide.

Whether or not the deceased workers qualified as bonded labour became a matter of debate with the authorities arguing that because they chose to live in the bakery to save money, they did not count as bonded labour. But, Nirmal Gornana, who heads the national campaign to end bonded labour, told the Daily Mail that the understanding of bonded labour needs to be reconsidered and any person working under nominal wages in coerced and therefore counts as bonded labour.

The report said that 90% of India’s workforce falls under informal labour and their rights are not protected. Norms and regulations are not followed and records are not maintained, as a consequence of which the authorities did not know the addresses of the six deceased workers and could only inform their family with the help of relatives who had also migrated to find work nearby.

Boned labour is brick kilns are the most common. Credit: Danish Siddiqui/ Reuters/Files

Workers in the informal sector are easy prey for bonded labour with high levels of exploitation. On January 26, the Thomson Reuters Foundation reported that even when they can escape their employers, justice is rarely delivered.

The report narrates the horrific story of 20-year-old Dayalu Nial who was trafficked into bonded labour, tortured and had his hand cut off after which he was left to die. Nial, like many millions from rural India, was lured by traffickers with the promise of a good job and was forced into labour either by violence and intimidation or by debt. The report points out that these methods are among the oldest forms of slavery in the world. Nial, however, is one of those rare cases of success – those responsible for violating his rights have now received life sentences.

He told the Thomson Reuters Foundation, “I know I was luckier than other people who have been rescued from slavery. The media supported me and that helped pressure authorities to pursue the case.”

According to the Global Slavery Index of the Walk-Free Foundation, an estimated 18,354,700 people are living in modern forms of slavery in India. This makes India the country with the most slaves in the world. In response to this alarming number, the labour ministry has reportedly said that it plans to identify and rescue these people by 2030.

But in the absence of resources, awareness and adequate police training, justice largely escapes rescued workers who struggle for rehabilitation. Chandan Kumar of Action Aid told the Thomson Reuters Foundation, “We rescue around 500 people every year, and only in about 10% of the cases do they get compensation. There is not a single prosecution,”

The NHRC, on January 24 issued a notice to the chief secretary of the Delhi government and the Airports Authority of India for failing to rehabilitate more than 50 displaced Dalit families. Nine years after these families were evicted to acquire land for the expansion of Terminal 3 of the Indira Gandhi International Airport, they have still not been provided alternate accommodation, the Hindu reported.

Over 122 families had been displaced from the Nangal Dewat village for the airport, of which nearly half have been living in miserable conditions, going from door-to-door in search of a solution. Terming this a “grave violation” of human rights the NHRC asked the authorities to submit a report and list the measures that have thus been taken to address the situation.