Freedom Under Fire: Can the Subaltern Speak?

This week’s column will consider the demonetised subaltern to see if they can speak. 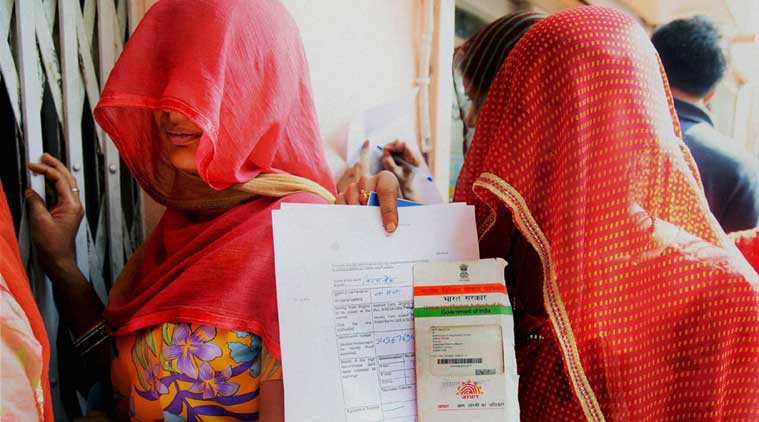 Women queue up outside a bank to exchange their old Rs 1000 and 500 notes in Bikaner on Thursday. Representational image. Credit: PTI

This week’s column has appropriated Gayatri Spivak’s famous phrase Can the Subaltern Speak? When Spivak wrote her seminal essay in 1988, she was wary of privilege presuming to speak for the subaltern. She referred to ‘anonymous subjects’ who are discursively rendered ‘transparent’, even as the Western intellectual strives to champion their cause.

On November 8, when Prime Minister Narendra Modi declared his ‘surgical strike’ on black money, he triumphantly (if somewhat prematurely) claimed demonetisation to be a victory for the poor. His claim that the poor will sleep easy while the rich and corrupt will sweat and search for sleeping pills because of his notebandi did not go down very well with some people.

It isn’t just Modi who is guilty on this count – demonetisation has made the media’s myopia quite apparent. It is the media’s job to recover the voice of the subaltern – the anonymous subject. But can it do so without becoming that same voice while relegating the subaltern to anonymity?

This week’s column will consider the demonetised subaltern to see if they can speak.

A week after the high-denomination currency became paper, I was speaking with a friend from the National Law University, Jodhpur, who was very annoyed with the press. “Why is demonetisation being reported only from places of privilege?”, she asked.

She insisted that there was a distinct lack of coverage from rural areas. “The bank in my college is the only one around for miles. I know how bad it is,” she insisted, adding that on most days “our bank doesn’t have enough cash to give because they’re focussing supplies on the city branches and not the outskirts.” Like every other bank, this bank, with its staff of five, also had people queuing outside it for hours.

“People really don’t understand what’s happened. I had to sit down and explain to our hostel maids what happened. They thought their life savings had become useless; they thought kharab ho gaye paise (the money has gone bad),”

Fortunately, she told me that the people she spoke to have ration cards at the very least – some form of identification to exchange their notes with.

When the prime minister announced this ‘bold move’, did he consider that he was the leader of country where infrastructure, especially in rural areas, is woefully inadequate? Did he not know that a vast majority of the people he purports to represent do not have plastic money, do not have identification, or do not have the education to make sense of the documents and procedures that demonetisation requires?

Does this Happen in any part of World? ppl Begging2Withdraw their own Money from own Bank Accounts? #DeMonetisation pic.twitter.com/tGCwYlvK1H

There have been some efforts to talk about those who have suffered the worst of demonetisation, but the voices have come largely from the urban subaltern. The plight of the vegetable seller, the daily wage worker, the refugee – they have managed to make their way into the now extensive discourse on demonetisation.

The rural subaltern, though, is yet to make a mark. On November 19, a farmers’ collective in Gujarat protested against demonetisation and the consequent restrictions that were imposed on the district central co-operative banks, by dumping grain and pouring milk on the streets, as per an Indian Express report. The farmers went to the district collector’s office at Athwalines and submitted a memorandum addressed to the chief minister and prime minister that warned of prices of essential goods escalating. Another memorandum submitted to the Surat district collector’s office by farmers accused the government of leaving them out of the financial process. The farmers were also concerned that they do not have enough time to prepare for the winter crop and their harvest thus far is sitting unsold because traders do not have currency to buy it from them.

But on November 20, the Economic Times reported that agriculture minister Radha Mohan Singh claimed that 70% of rural India wasn’t affected by demonetisation simply because he thought that they deal in notes of lower denominations.

The government did announce its intention to support farmers for the Rabi crop – it allowed farmers to withdraw Rs 25,000 per week against crop loans only last week – and earlier this week, the finance ministry allowed farmers to buy seeds against identity cards from certain authorised outlets.

But in doing so, the government has once again overestimated the infrastructural capacity of the country. The small print that come with these measures is easily hidden behind the government’s benevolent narrative. Only those farmers who have been institutionally integrated into the financial system can benefit. What about those farmers who depend heavily on money-lenders? What about agricultural labourers? Demonetisation, it seems, has been an economic apartheid of sorts, that has cleanly sifted the systemically integrated away from the informal unfortunates.

The People’s Archive of Rural India narrated the horrifying story of a farmer caught in debt, worsened by notebandi, which The Wire reproduced. But these voices are few and far between. The subaltern, in the demonetisation discourse has largely been a nebula of disconnected voices.

The rural subaltern remains as distant and anonymous as the ‘Third World’ from the West. And much like the West, the Indian media’s privilege shows in the way that it chooses to make the subaltern – rural or urban – speak. I am guilty of it now, as I write this.

The ‘economy’, the GDP, exchange rates, etc. are given precedence in the discourse, while the voices of the poor have a token presence. To have any real effect, an attempt must be made to incorporate their demonetisation stories into the discourse prevalent in privileged society.

Precisely because of the subaltern’s anonymity, they speak a language we do not understand. It doesn’t matter how many tears and cries and terrible stories we hear ­– the sheer distance of our worlds make us forget all too soon.