In Assam, Inmates of Detention Camp Continue to Demand Parole

The Supreme Court has ordered that they cannot be detained indefinitely if not accepted by a foreign country. 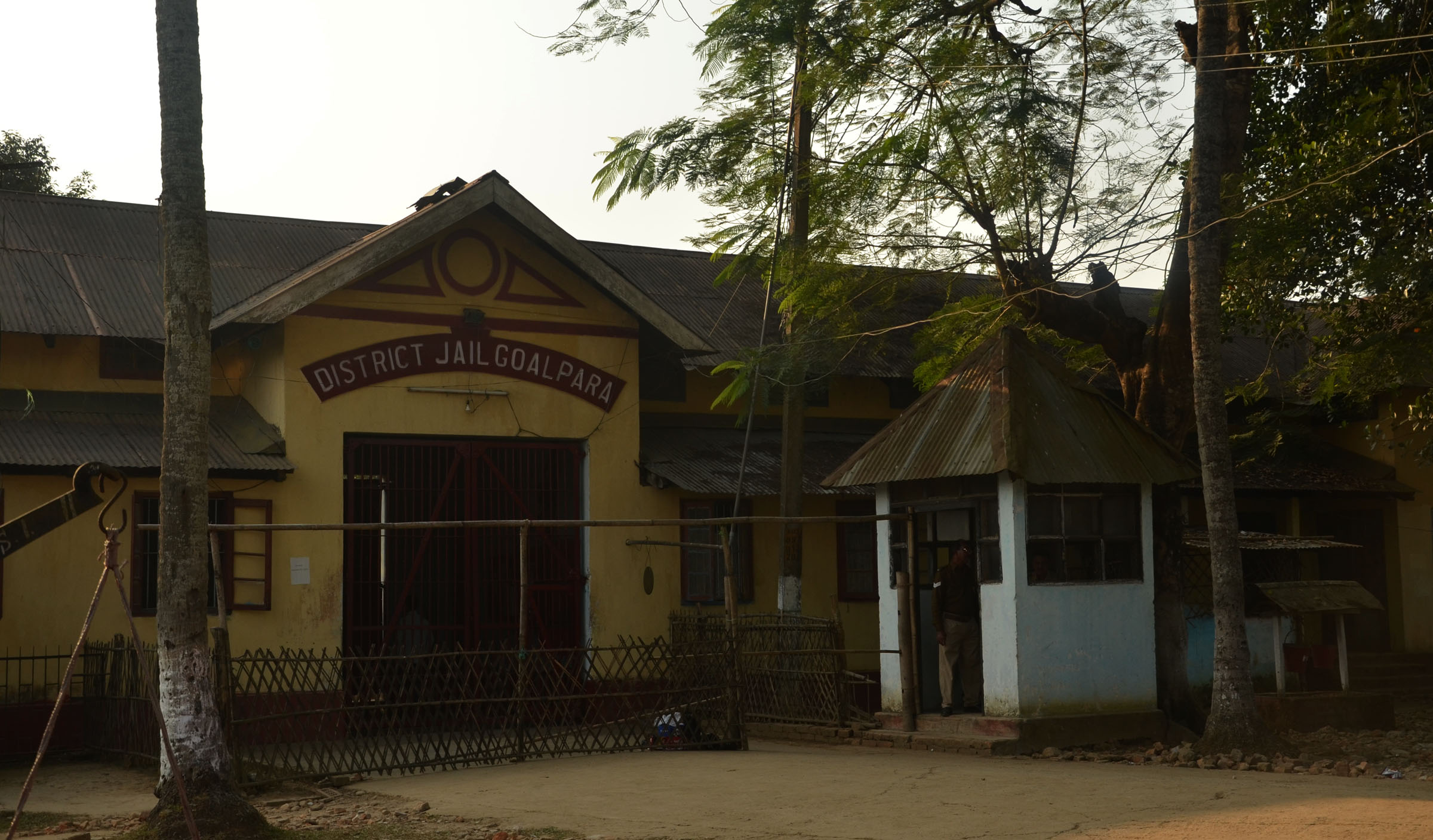 New Delhi: On January 26, the deputy commissioner of Assam’s Goalpara district, Varnali Deka, and the superintendent of police, Sushanta Biswa Sarma, reached the jail for an unusual meeting. It was reportedly to persuade 27 of the 277 inmates of the foreigners’ detention camp – housed inside the district jail – to break their hunger strike. Since January 21, they have been refusing food from the jail authorities.

This is not the first hunger strike carried out by the inmates residing in the centre as ‘declared’ or suspected foreigners. However, unlike the other times when they would resort to such strikes demanding better food and other facilities, this time, the 27 inmates were demanding interim bail or parole from their jail term.

“When I visited my uncle at the Goalpara jail this past week, they were already on hunger strike. He has been in the detention camp for 19 months now, only on the basis of a technical error. Unlike other convicts, someone who reaches a detention centre can’t apply for bail. Only winning their cases – whether in the Gauhati high court or the Supreme Court –  would release them. The lack of this facility is making those inside these camps for two-three years continuously lose hope,” said Jishan Ali, a resident of Guwahati’s Islampur colony.

Besides resorting to hunger strike, Jishan’s uncle, Asghar Ali, also filed a special leave petition (SLP) in the Supreme Court in December, seeking parole from jail. He is also challenging the Gauhati high court’s order in October 2017 that endorsed the Foreigners Tribunal ruling (court no. 2, Kamrup) on his citizenship status. As per his petition, which is yet to be listed, the tribunal and the high court declared him a foreigner “on hyper technical grounds.”

Also read: After 3.5 Years in a Detention Centre, SC Declared This Assamese Woman to Be ‘Indian

Even though he produced his father’s Indian passport, “the high court discarded the passport as evidence on the ground that the last page of the passport where the name of the father of the passport holder is mentioned, was not produced.” Among other grounds for the adverse judgment, like the disparity in Ali’s name in various documents, was also that the father’s Aadhar card showed variance in age.

“My uncle is a permanent resident of West Bengal and came to Assam to work. His wife and son are in Kolkata; [his] son studies in Class VIII. So I am the only one in Assam who can visit him in jail,” said Jishan in a telephonic conversation. Like any other detainee family, Jishan meets him by standing against “an iron railing set five feet away from the jail door.”

“Whatever food I get for him, I had to pass on to a policeman standing between us who hands it over,” he related. Since many detainees are stationed far away from where their families are, “they don’t get [any] visitors, at times for six to eight months.”

On January 26, following Deka and Sarma’s assurances to protesters that they would pass on their demands to higher authorities – a promise made on a the sacrosanct national occasion of Republic Day – the detainees agreed to break the fast. As per sources in the jail, “their meal also included food carried by the DC.” Multiple attempts by The Wire to get across to the District Collector to inquire about the status of their demands, however, failed.

Two days after the detainees broke their fast, a significant development took place on the legal front. The Supreme Court, hearing a petition filed by rights activist Harsh Mander, sought a list of details on the inmates in the six detention camps operating in the state, among which was one directive pertained to the demands of the 27 protesting inmates. 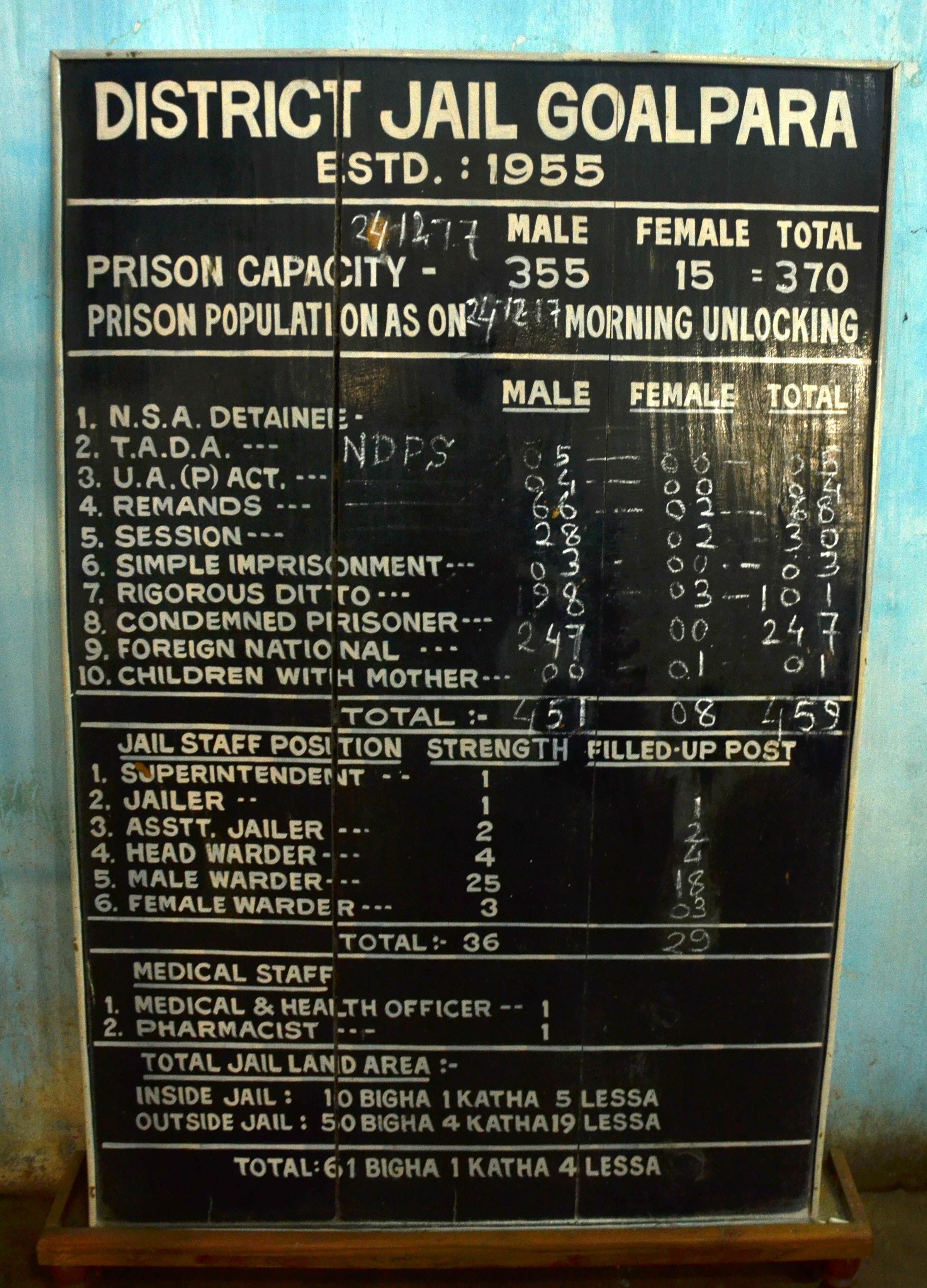 File photo of the notice board in the office of the jail superintendent of the Goalpara district jail that houses the Goalpara detention centre. It clearly shows how overburdened the jail is in terms of capacity. Credit: Abdul Ghani

Directing the Assam government to furnish information on how many inmates have been deported and what has been the state’s success rate, the apex court reportedly observed, “If the inmates have not been accepted by a foreign country despite being declared foreigner, then they cannot remain under detention.”

Mander filed the petition in September 2018, opposing the government’s decision to incarcerate declared and suspected foreigners in detention centres indefinitely, considering there is no formal agreement between India and Bangladesh for the former to deport persons they deem to be foreigners. He termed it illegal and also a violation of human rights. As a special monitor of the National Human Rights Commission (NHRC) on minorities, Mander went to Assam between January 22 and 24, 2018, to conduct a survey of the detention centres in Assam. In the report, he wrote, “At present, it appears that they may actually be detained for the rest of their lives.”

In concurrence, Aman Wadud, the lawyer of Asghar Ali, said,“A ‘foreigner’ can be deported only when the country of origin accepts them after confirming their nationality. When Indian citizens are declared ‘foreigner’ for hyper technical reasons like in the case of Asghar, they will never be deported because their country of origin is India. The result is indefinite detention. The honourable Supreme rightly said they can’t be kept in detention centres indefinitely.”

Mander’s report also noted that there “is no clear legal regime governing the rights and entitlements of the detainees.”

“The Mission was informed that parole is not allowed to detainees even in the event of sickness and death of family members. In their understanding, parole is a right only of convicted prisoners because they are Indian citizens.” Though the jail manual is used for the detainees, there are no clear-cut rules set for them, thus depriving them the right to work inside the jail.

However, following the jail manual, they are handcuffed like any other convict while being taken out of the jail premises. In November 2018, a photograph of an ailing detainee, Ratan Chandra Biswas, tied to his bed in the Goalpara civil hospital, was widely circulated on social media. After a section of Assamese media highlighted Biswas’s plight and questioned the administration’s treatment of a sick person, his handcuffs were removed.

On being asked about the Supreme Court’s latest intervention, Sanjoy Hazarika, director of the Commonwealth Human Right International (CHRI), opined: “The Supreme Court must pursue it. India is one of the signatories to the Universal Declaration of Human Rights and played a role in its development and design. In this particular case, people are being kept in a state of limbo; families have been separated. They are not even allowed to work like other convicts; their basic rights have been suspended. Where is the due process here, guaranteed to all under Article 21 of the constitution?”

Among other points, Mander’s report also invoked Article 21 of the Constitution, stating, “Their right of dignity, even in detention, can’t be compromised. Thus, it can be argued that the detention of detainees as common criminals, within the jail compounds, without due facilities like legal representation or communication with their families is a violation of their right to live with dignity and the right to procedural due process.”

The Supreme Court has given three weeks to the state government to respond to its directive and file an affidavit citing all the details. The court also asked the government to include in the affidavit a year-wise break up of inmates declared foreigners by the tribunals in the last decade.