For the Government, COVID Is the Perfect Excuse to Worsen Conditions for Political Prisoners

Human rights abuses against imprisoned activists have been easy to cover up in the names of 'quarantine' and 'isolation'. To be jailed for political activity is an abomination. According to Luis Jiménez de Asúa, a Spanish jurist, “Political prisoners are people who have been incarcerated for working for revolutionary change and for the betterment of society.” Countless people have been imprisoned for criticising and working against governments. Leaders like Nelson Mandela, Fidel Castro, Bhagat Singh and M.K. Gandhi were all political prisoners. Human rights activists arrested in the Elgar Parishad case and all those imprisoned during the anti-Citizenship (Amendment) Act (CAA) movement were and are political prisoners. These are people who worked for the betterment of society.

However, governments have always called political prisoners “terrorists”. Both the colonial British government in India and the Indian governments that followed imprisoned those they considered unacceptable. For example, during the freedom struggle, the British called Bhagat Singh a terrorist.

Public perception from people who have never been imprisoned is that everyone in prison deserves to be there forever, undeserving of human rights. Yet, prisoners are humans too. Under the Indian Prison Act enacted by the British in 1894, all the Indian states must make rules according to their circumstances and administer prisons based upon these rules. In Kerala, for example, prisons are governed by the Kerala Prisons and Correctional Services (Management) Act, 2014.

These prison rulebooks describe a prisoner’s rights, dos and don’ts, food, clothing and other basics. And any material and non-material advances in prison rules are due to the efforts of political prisoners, not the benevolence of the state. During India’s freedom struggle, the British Empire had to finally accept the demands of prisoners like Jatindranath Das, Bhagat Singh and their comrades, who went on a 63-day hunger strike for the rights of political prisoners. Former communist leaders like E.M.S. Namboodiripad and A.K. Gopalan fought in prisons and later made various prison reforms when they came to power.

In addition to prison struggles, there have been a number of reforms and interventions in favour of prisoners because of consistent work done through lobbying in and out of courts. On April 26, 2000, in the case titled State of Andhra Pradesh vs Challa Ramakrishna Reddy and Others, the Supreme Court made it very clear that a prisoner, whether a convict, under-trial or a detainee, does not cease to be a human being. The individual is therefore entitled to all the fundamental rights promised by the constitution.

On September 9, 2021, in the case titled Nirmala Kumari Uppunganti vs State of Maharashtra, the court while stating that Maoist leader Nirmala should be given medical treatment, said, “Just because the person is a prisoner they do not cease to be a human being.” 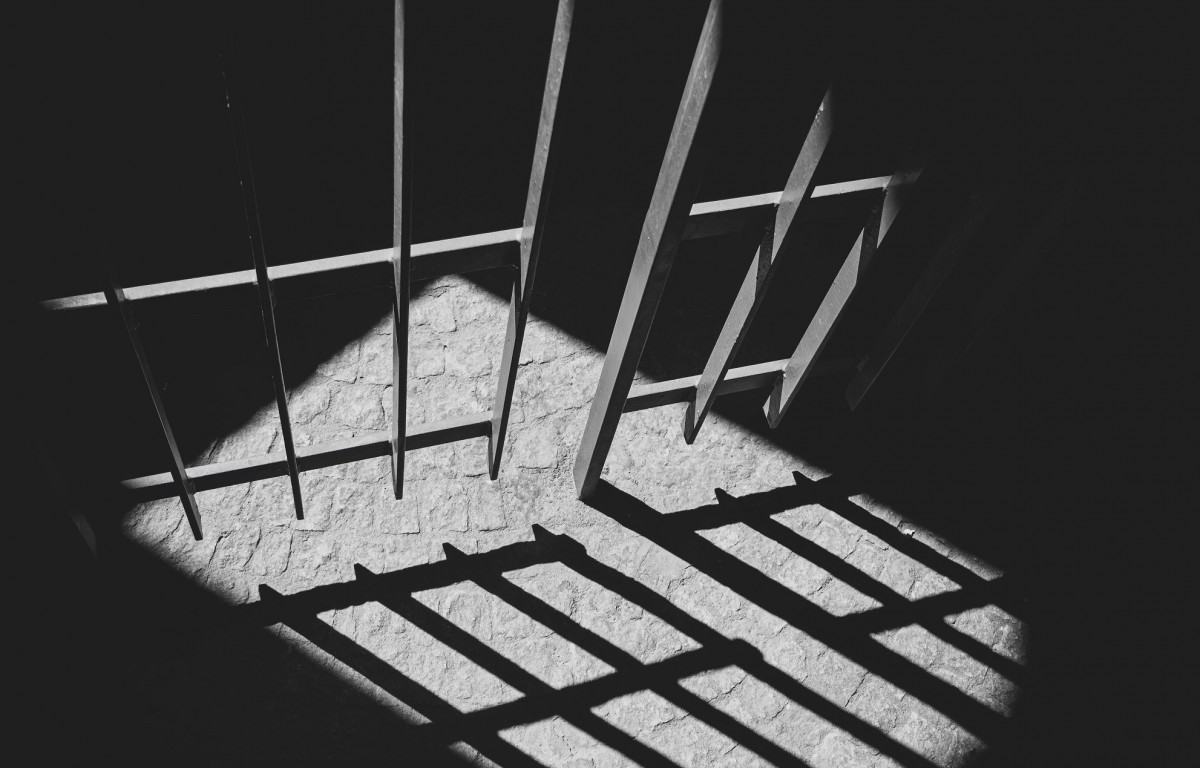 It was in this context of human rights that the Supreme Court voluntarily filed a case to reduce the overcrowding of prisons during the pandemic and took steps to release prisoners on interim bail or parole and release convicts who had completed two-thirds of their punishment. But bail pleas by political prisoners were rejected.

The Communist Party of India (Marxist) (CPI(M)) and its allies claim that Kerala is No. 1 in all aspects of life in comparison to the other states of India. But chief minister Pinarayi Vijayan and his government are learning from Prime Minister Narendra Modi to harass and impose the Unlawful Activities (Prevention) Act (UAPA) upon dissenters, political opponents and students with critical thinking. The verdict in the Pantheerankavu Maoist case made it clear that the CPI(M)’s anti-UAPA stance is a hypocritical one.

In the recent past, there have been several human rights violations against political prisoners in Kerala. One of the cases involved Maoist leader Roopesh. In October 2019, Roopesh and 25 other UAPA accused protested against human rights and constitutional violations at the Viyyur High Security Prison, accusing the jail authorities of 24-hour camera surveillance even in the toilets, and strip and cavity searches. Roopesh went on a hunger strike and when he approached the court, he single-handedly argued the case which was even attended by the state attorney. The Kochi National Investigation Agency (NIA) court ruled in favour of Roopesh, causing a heavy blow to the state government and jail authority. The CPI(M)-led government appealed against this verdict. Having obtained permission from the NIA court to access the internet in October 2020, Roopesh used legal websites to argue his own cases. This in itself was also a historic event. C.K. Rajeevan, who was lodged in Kannur Central Jail on charges of being a Maoist, went on a hunger strike in June 2021 to get a coronavirus test as well as access to soap and civility. But the jail authority retaliated. Following his strike, Rajeevan was shifted to a high security jail.

In October 2021, The Wire released a song sung by Surendra Gadling, a lawyer and accused in the Elgar Parishad case, who had been granted bail to attend his father’s memorial service. In the song, Gadling said, “Whether it’s a fever, corona, or anything else, if you go to the doctor in prison and want to go to the hospital, the jail authorities will ask you to come back with an order.” Regardless of how trivial the issue might be, prison authorities complicate matters.

Ibrahim, 63, who was imprisoned in Viyyur jail on charges of being a Maoist, was denied medical treatment and bail for six years. (Now, however, he is on bail on medical grounds.)

Pinarayi Vijayan and the CPI(M), who shed hypocritical tears for Father Stan Swamy, a Jesuit priest and tribal rights activist who was imprisoned in the Elgar Parishad case and died in hospital after being denied bail on medical grounds, did not responded to a petition filed by Ibrahim’s family and human rights activists. Journalism student Thwaha Fasal, arrested under the UAPA, had a similar experience in the Pantheerankavu Maoist case. Despite a court order, he had to wait for days for dental treatment.

Political prisoners have to fight for even basic rights within jails in the same way that they fight for the rights of people outside.

Prisons in the pandemic

With the advent of the pandemic, there were restrictions on rallies and protests not just in India but around the world. This seriously affected the anti-CAA and anti-National Register of Citizens (NRC) movement in India. The protest in Shaheen Bagh was dismissed and people were forcibly quarantined in the name of the lockdown. Taking advantage of this situation, the police arrested anti-CAA/NRC activists and imprisoned them. Under the garb of the virus, various organisations and politicians were persecuted. Many of the things that the government had previously done in secrecy were now done openly inside and outside of prisons. People were further pushed into poverty. There were job losses, starvation and mass exoduses. Afflicted with the virus and denied adequate medical treatment, people dropped dead like flies. The government did not even pretend to see. Fundamental rights were presented as benevolence. The police were given all the power and the pandemic became a law and order issue.

Given the situation outside, what would be the situation in prisons? Protests and defiance by the incarcerated, especially political prisoners, took place in many prisons in India. In addition to those already incarcerated at the time, activists and students who took part in the anti-CAA movement were increasingly imprisoned. We are all well aware of Safoora Zargar, a student activist who was imprisoned while pregnant.

Most of the political prisoners who were arrested without prior notice were not allowed to contact their lawyers or arrange for necessary clothing and supplies in their prisons. Their relatives were not allowed to phone them. The jail authorities tried to make their prison life a living hell. By not letting Elgar Parishad prisoner Gautam Navlakha have access to his spectacles and disallowing Father Stan Swamy, a Parkinson’s patient, to drink from a sipper, India, the world’s largest democracy, had to bow its head in shame.

In the wake of the pandemic, the Supreme Court had issued guidelines to the states on the issue of prisoners. A high power committee was tasked with reducing congestion in prisons. But political prisoners and others involved in UAPA-NIA cases were shunned. Moreover, due to the negligence of the government, many people died in prisons due to the COVID-19 virus. According to the Commonwealth Human Rights Initiative (CHRI), 68,264 prisoners were released from jails after the outbreak. Of these, 1,831 released prisoners were in Kerala. Since March 1, 2021, 6,606 people, including prisoners and officers, have been infected with the virus. There were 34 COVID-related prisoner deaths in Kerala.

Although the prison population was reduced, a large number of prisoners remained in cramped cells. The prisoners’ ability to experience the outside world to a limited extent via visiting relatives and court hearings was struck down by quarantine rules and they were also imprisoned for days in solitary confinement due to isolation rules. In this kind of an environment, the criminal negligence of officers who went in and out of the prisons every day but interacted with the prisoners without masks, gloves and other COVID protocols led to an increase in the number of coronavirus outbreaks in prisons. In addition, without proper quarantine measures, new prisoners brought in infection.

In June 2020, a total of 1,200 prisoners, including student leader Sharjeel Imam, went on a hunger strike in Guwahati jail in Assam, demanding the release of civil rights activist Akhil Gogoi. In February 2021, Ansar, Shaduli and Shibili, two Malayalee prisoners in Bhopal jail, also went on a hunger strike for their rights. When Dr D. Dinesh, a dentist from Tamil Nadu, lodged in Viyyur jail on Maoist charges, called Hari, a human rights activist, and explained what was happening, the government’s inhuman treatment of prisoners during the pandemic was exposed. Prisoners who had to stay in small cells with no contact with the outside world, especially political prisoners, were subjected to five or ten officers constantly raiding their cells and touching objects without following COVID protocols. This appeared to be a vengeful act since it was repeated twice or thrice a week. In fact, under the Epidemic Disease Act and the Indian Penal Code, cases against such prison officials should have been filed. 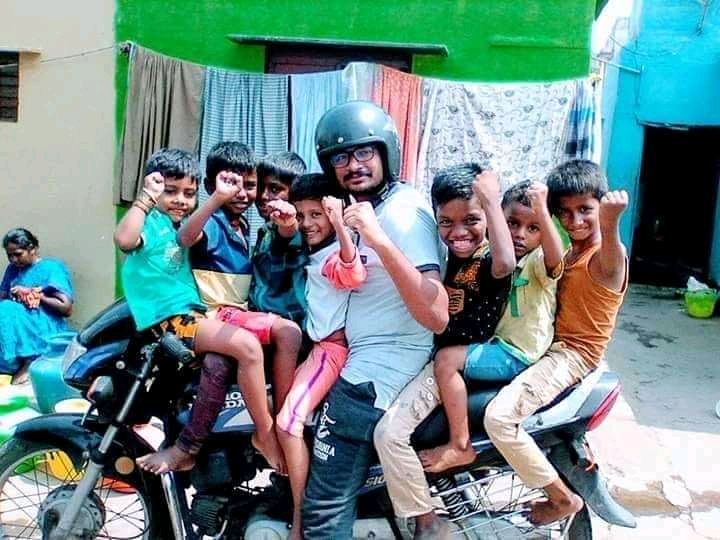 The general public needs to understand the conditions that prisoners face. We need to speak up against such human rights violations. When people like Rona Wilson, who fought for the rights of political prisoners, are imprisoned and organisations like the Committee for Release of Political Prisoners of which he was an active part are harassed, we choose to be silent. Many of us choose to be selective with our solidarities. Religion, caste and politics decide our conscience. We must not become like that. Because this Hindutva regime is not selective. It hunts down all those who oppose them. And all political parties are complicit in this. Whether it is the Bharatiya Janata Party, the CPI(M), the Congress, each one uses terror laws against activists and perpetuates these distressing prison conditions. Let us speak with conviction and unity. We must continue our fight for the release of political prisoners and the repeal of terror laws such as UAPA.

Allan Shuaib is a law student and an accused in the Pantheerankavu UAPA case.