In the wake of recent incidents of sexual harassment in academia, the claim to feminism of older women academics who have sought to validate predatory advances of male or female professors, with a sex positive feminist stance, stands highly suspect. 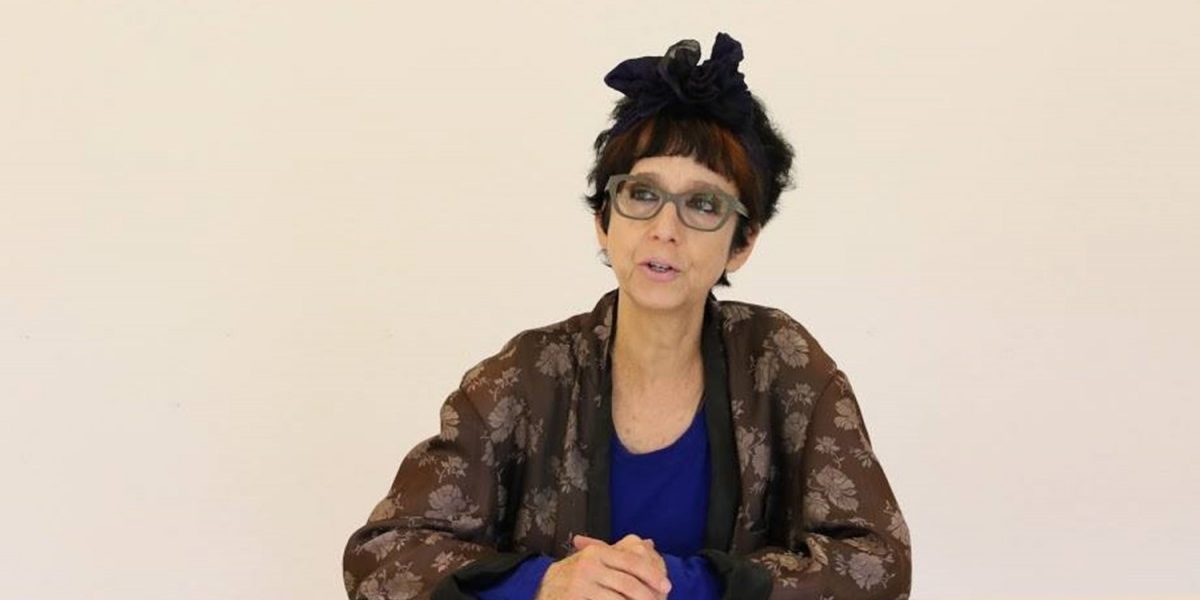 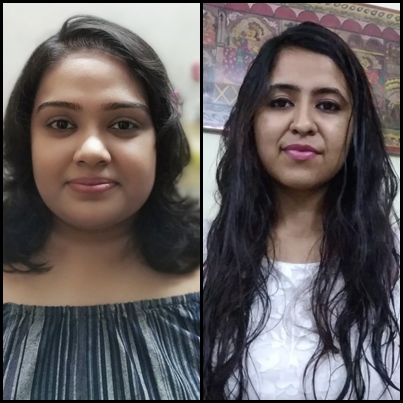 When it comes to seeing like a feminist, academia has played a leading role in laying the ground for the discourse of gender justice and equality. But whenever it has stumbled upon sexual harassment in its own backyard, the feminist eyes have become more ‘tolerant’ towards the accused and turned their gaze towards the more positive aspects of their personality like, “intellectual commitment”, “standing” and “reputation”.

Such was the response of renowned feminist Judith Butler (later withdrawn and regretted in a follow-up letter) to a complaint of sexual harassment against New York University professor Avital Ronell. The letter, which called Ronell’s proposed termination “injustice” and accused the complainant of waging a “vicious political campaign” against her, was also co-signed by many well-known academics including Slavoj Zizek and the Indian origin subaltern school theorist Gayatri Chakravorty Spivak.

Ronell’s response to the verdict and the letter in question, which was authored by prominent scholars who have had the leisure of dabbling with issues of gender and feminism, is indicative of a sheer lack of will to acknowledge the existence of a power structure in academia. It also demolishes the assumption that feminist solidarities and loyalties in the university space extend beyond this power structure and networks. At present, the claim to feminism of older women academics, who have sought to validate predatory advances of male or female professors with a sex positive feminist stance, stands highly suspect. It also acts like an extended ‘old boys club’ which only plays an advisory and supervisory role for young feminists every now and then, while reserving its core features of friendship, loyalty and bonding, exclusively for those in positions of power.

In the Ronell case, the group of academics defending her seem to have underscored the fact that she is a senior professor who has served as chair in multiple departments of the university and continues to remain a heavyweight in international academic circles. Nowhere do these facts, to their learned eyes, substantiate the possibility that a person in this standing, notwithstanding her queer status, could be a potential sexual offender. What leaves the reader even more flabbergasted is their argument which makes a case for preferential treatment of the accused given her position in the university and academia. Ronell’s own defence, which will be discussed below, is equally alarming.

Title IX of the Education Amendments of 1972 has been in effect for a long time in the US. In the recent past, the reverberations of the #MeToo movement have reached far and wide, exposing many ‘progressive’ figures. Yet the signatories of the letter seem to be finding themselves in an unprecedented situation where the predatory behaviour and consequently sexual lives of these figures have come under scrutiny. A system that exempted them from this scrutiny of law, owing to their status and reputation, is increasingly coming into question. The letter-writers’ bewilderment at this should be the object of feminist analyses for years to come. One is left wondering what makes academics in the social sciences, humanities, liberal arts, et al. place themselves above institutional policies on intimate relationships which are crystal clear in the case of NYU and many other universities in North America.

In the NYU guidelines, a consensual romantic relationship between a faculty and student is “specifically prohibited”. It states:

Faculty, administrators, and others who educate, supervise, evaluate, employ, counsel, coach or otherwise make decisions or recommendations as to the other person in connection with their employment or education at the University, or who otherwise have actual or apparent authority over a student or subordinate, should understand the fundamentally asymmetrical nature of the relationship.

It was therefore the responsibility of the feminists to point to and defend the university policy of protecting research scholars from predatory sexual advances, instead of validating the appeal to shared ‘sensibilities’ or the status of the accused.

Ronell’s statements in her defence not only acknowledge the encounters, they justify them on account of encouragement from the complainant. “These communications were repeatedly invited, responded to and encouraged by him over a period of three years.” This, is in blatant violation of the clearly stated NYU policy that refuses to accept consent in unequal intimate encounters between student-teacher as freely given. The policy categorically states, “Entering into a sexual, dating or romantic relationship (“Intimate Relationship”) when one individual has power or authority over the other may compromise freely given consent”.

Further, she makes a plea to cultural and sexual orientations, “Our communications – which [the complainant] now claims constituted sexual harassment – were between two adults, a gay man and a queer woman, who share an Israeli heritage”. Again, the esteemed intellectuals coming to her defence failed to point out that  both parties being sexual minorities or sharing a heritage or even being of the legal age to consent doesn’t in any way neutralise the imbalance in power. Ronell has used all her guile by throwing in the queer label which, with apt subtlety, hints at her political standing; thus, making the reader doubt whether queer women could be perpetrators, especially when their victims are gay men. In a day and age where the idea of affirmative consent has gained relevance, it was a necessary burden of all signatories to know and point out that while age of consent is a necessary condition for any intimate encounter, it is by no means a sufficient condition.

There is an assumption that academic sophistication in elite universities comes with an acceptance of flirtation, sexually explicit language and predatory advances made towards students and/or other members in lesser positions of power. Intellectual freedom in such spaces is seen as a function of an environment of sex-positive attitudes that transcend the policies and laws that regulate intimacy. A “freedom” that is a source of patriarchal violence, control and unfreedom for the vulnerable members of the academic community for whom “florid and campy communications” are often part of the necessary and obligatory reciprocation of friendship and camaraderie.

One would think that the status-quoist pleas to “standing and reputation” and these assumptions stem from a simplistic observation of the situation and that a feminist reading of freedom and academic spaces would be conspicuously different and self-aware. Surprisingly, the ‘feminist’ responses to this case of #MeToo demonstrates not just a gross obliviousness towards institutional safeguards and laws preventing sexual harassment, but also an absence of the will to recognise the gravity of sexual harassment as a form of sexual violence and discrimination. 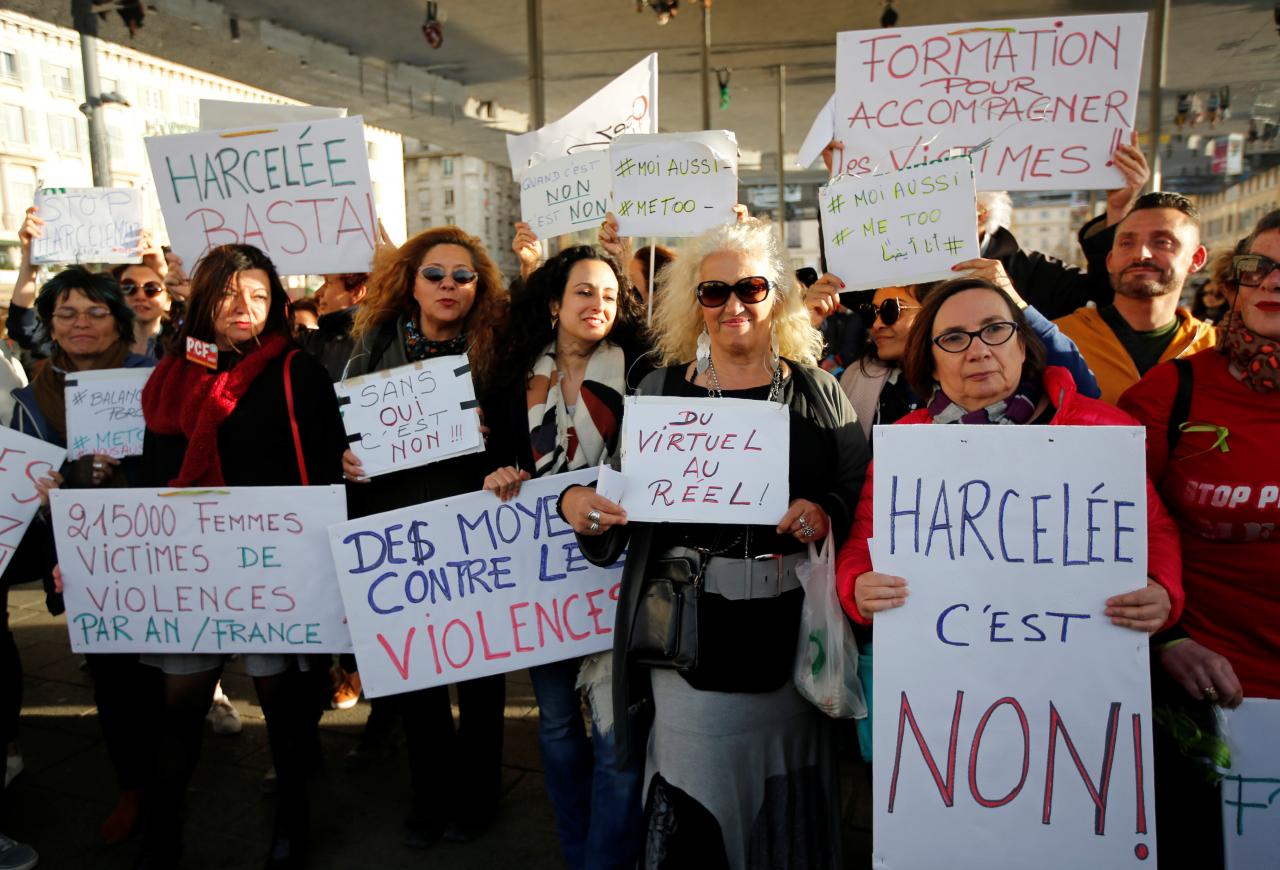 The Ronell saga is not very different from the collective response of a few Indian feminists, academics and activists, when the LoSHA (List of Sexual Harassers in Academia), a crucial part of #MeToo which was based on an online database on complaints of sexual harassment, shook the progressive left circles of Indian and South Asian academics to the core.

When the first of the two such lists hit the internet, the Indian feminists in question issued a statement (Statement by Feminists on the Facebook Campaign to “Name and Shame”), that may have not openly defended the men named in the LoSHA, but did fault the means used by feminists in academic spaces for potentially “delegitimising the long struggle against sexual harassment”.

One of the men named in the list, a law professor from Ambedkar University Delhi, was found guilty of sexual harassment by the university’s own Committee for Prevention of Sexual Harassment. This however didn’t lead to any self-reflection but only to another round of scrutiny of the activists who had compiled the list; they were labelled as “fingertip feminists” who were “self-righteous”, thus deeming their defence of the LoSHA as “moral high ground capturing”, completely undermining the fact that the roughed up and worn out fingertips were an acquired means of struggle against a manicured silence. This gaze of admiration by the older feminists towards their academic colleagues with whom they share space in the academic power structure and the tone of admonition towards those structures of power they don’t share in, exposes a disturbingly evident acceptance and encouragement of misuse of power and position, irrespective of their feminist affiliation.

In an admission of error on her part, Judith Butler recently issued a letter of regret to the editor of The Chronicle of Higher Education. But the error of judgment doesn’t excuse using a platform to campaign in defence of a person found guilty of sexual harassment. Despite not being privy to the details of the case, making judgments about the complainant, the complaint and the punishment duly accorded by the university authority exposes the blatant misuse of authority and power on her part. It also constitutes an attack on valid and legitimate institutional procedures and principles established by feminist movements and discourse over the years. The apology therefore, is nothing but a ‘sorry-not-sorry’.

When those deemed ‘feminist’ voices in academia, civil society or politics openly decimate the fundamentals of feminism and use their institutional might to turn the hose on those who defy them, there is no forgiveness. There is a complete loss of feminist credibility, intellectual authority and the moral right to assert what’s just and fair. Individuals with a good amount of social capital at their disposal are seldom seen overcoming the temptation of putting it to use even if it were to go against their own feminist agendas. The nature of campaigning that Butler, Spivak, Zizek and others, have indulged in can very well constitute a public trial and slandering of the complainant – the individual with a “malicious campaign”. This is diametrically opposed to feminist politics and  one needs to reiterate this as often as one can.

Chitra Adkar is research scholar at the Center for the Study of Social Systems, JNU.

Abhiruchi Ranjan is a research scholar at the Center for Political Studies, JNU.