Why the Anti-CAA and Farmers' Agitations Have Been Perceived Differently

The BJP's tactics of painting the farmers as Khalistanis has failed. If anti-CAA protests are to resume after the pandemic, lessons need to be learnt from the movement against the farm laws.

India has been witnessing street protests after the ‘awe and shock’ that the current regime pursued in its first few years during which mass protests were almost non-existent.

Beginning with the students of various universities, lead by those in Jawaharlal Nehru University (JNU) against fee hikes, and then followed by massive protests against the anti-Citizenship Amendment Act (CAA), we have seen mass action accelerate. Neither of them, however, were able to push the Narendra Modi government on to the backfoot as the current farmers’ movement has managed to. It has forced the government into holding talks, which has not happened before. Though the talks could merely be a delaying tactic, the farmers are also playing along and using the optics to further expose the pro-corporate bias of the BJP.

Initially, the BJP tried the same tricks that it usually does. Speaking at cross purposes, and then branding the farmers as Khalistanis and worse, the BJP tried to undermine and ridicule them; none of this worked. Farmers have managed to gain larger support from the society at large, including the urban middle classes. In a sense, this is unprecedented. In Punjab, the support came from across classes: film stars, bureaucrats and Sikh Diaspora. This gave the farmers’ movement a new moral valency.

The narrative was about food security of India. It was not about Sikhs or Jats or the interests of privileged farmers, but also farm workers who belong to the Dalit community. Perhaps, the symbolism of being the annadata can only be paralleled by Gandhi’s salt satyagraha, which utilised the symbolism of use of salt across castes and classes. Today, the uniting symbolism is of farmers as producers of food.

It has also brought back the old binary of ‘Bharat versus India’, and it is very clear to which side the government’s bias tilts. It appears that in the popular consciousness, nationalism continues to have its original roots in the country’s agrarian cultural ethos. One cannot be against the farmer and pro-Bharat Mata. The BJP built its narrative on local cultural idiom but at the same time, remained steadfastly pro-corporate. This combination worked as long as the interests of the local did not directly clash with those of the big corporates. Nationalist discourse could also not be turned against the farmers as many of the soldiers on the front come from the same farming families. What is even more intriguing was that the farmers did not hesitate to call for the release of all political prisoners, including those arrested in the Bhima Koregaon case.

Neither the student protests nor the anti-CAA agitation could gain this kind of widespread moral acceptability. The current regime did not hesitate to use force against the students and anti-CAA activists in Jamia. A series of arrests followed but there was less than anticipated public response against that action. 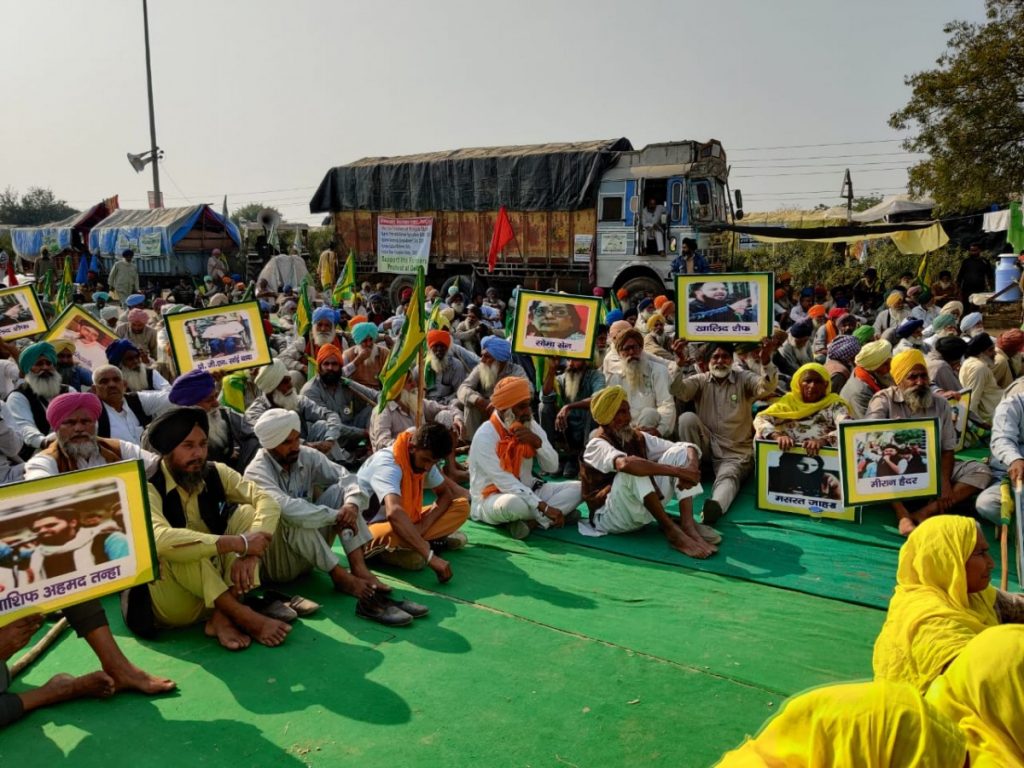 The larger appeal of the farmers’ protest

While the anti-CAA activists too drew on protecting democracy and constitution, it did not evoke widespread sympathy and trust from the non-Muslim population. It could well be argued that there has been sustained propaganda against the Muslim community and with them being singled out, how could they produce a discourse that has a larger appeal?

But is that also not true of the farmers’ movement? That it was being led by Jat Sikhs from Punjab? The government did try branding them as Khalistanis, and Sikhs too have a history of demanding a separate nation, yet the regime did not succeed in isolating them the way the anti-CAA protests got reduced to the question of citizenship for the Muslims.

The anti-CAA protests began with a wider agenda but got gradually reduced to the issue of citizenship of the Muslims. The farmers’ movement, on the other hand, began as an exclusive issue of the farmers and has expanded to include a range of activists, including the Left unions, Dalits, women and other political organisations. It looks likely that the farmers’ movement will reach out to even larger social groups and will remain committed to their demands against the big corporates.

Why is it so that while larger and differentiated social groups and organisations are able to read their demands alongside the farmers?

The anti-CAA protests began to be perceived differently the moment Muslim women, children and elderly were on the streets. Bilkis Dadi emerged as the face and message of the movement, as did the elderly Sikh men out in the cold. One cannot totally rule out latent anger or discomfort of the RSS-BJP combine with a Sikh majority state and protest, but try as they did, the ruling dispensation could not create a binary of “national and anti-national” or between Hindus and Sikhs. What succeeded in the context of the anti-CAA protests did not in the context of the Sikh farmers who are participating in the protest.

Farmers refused to be read in the singular, while the anti-CAA movement failed to prevent the protests from being read as those led by and for Muslims. Singularity is always prone to be read in popular consciousness as closer to sectarian claims. There are Muslims too in the farmers’ protest but they are farmers first and Muslims later.

This does leave us with the difficult question of Muslim identity and their legitimate aspirations for representation. Such demands have to be forged in more universal registers, alongside other social demands and in joining organisations fighting for such demands. Minority Muslim politics needs to be part of movements for universal education for all, in the fight for welfare demands and work. In forging such demands, they do this as Muslims but also stand for others and not Muslims alone.

If anti-CAA protests were to be re-ignited after the pandemic, they may have to be different in light of the farmers’ protest. It is in moving beyond this singularity that the anti-CAA protests can avoid the isolation that is sought to be imposed on the movement. This might provide us with a fresh opportunity to reimagine minority politics in India.