The Anatomy of a 'Fake Encounter': How 10 Adivasis Were Killed in Abujmarh

Locals say the attack on February 7 was coordinated, pointing to the mutilation of the bodies of the ten killed youth as proof. 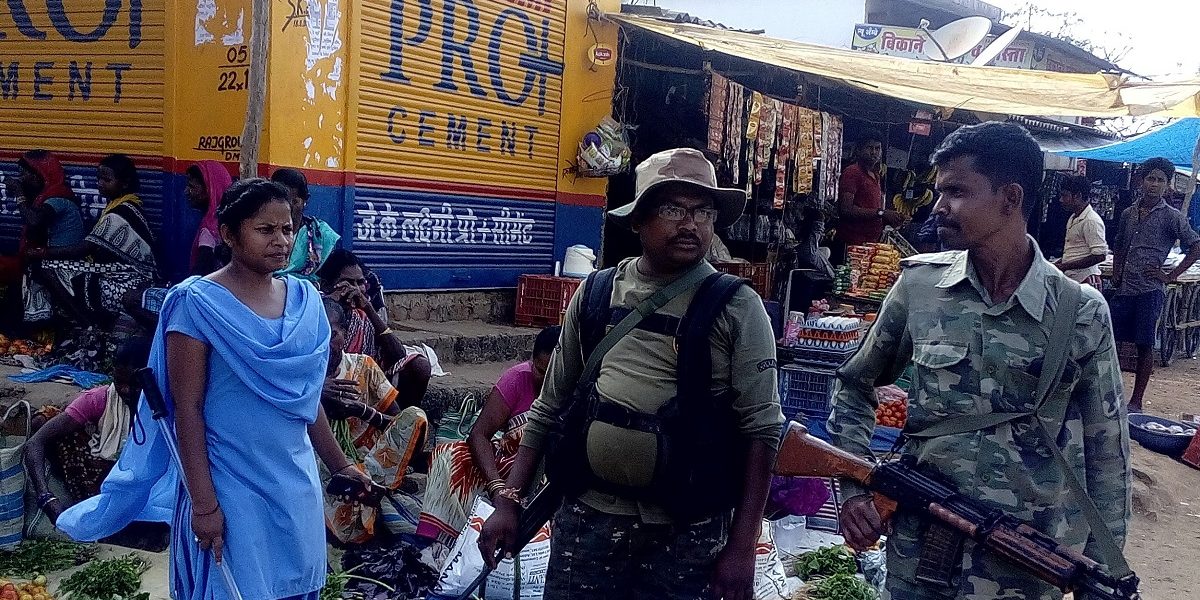 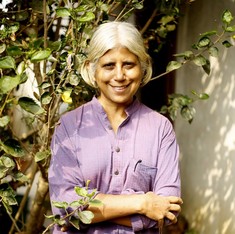 Abujmarh: Dawn on March 5, 2019 saw thousands of Adivasis of Abujhmarh, a region that includes parts of Narayanpur and Bijapur districts of the Bastar division and considered “a liberated area” by the CPI (Maoist), walking towards the Indravati river.

There were women and men, and children hanging on to their parents, some of whom were also carrying bags of rice and vegetables to cook on the way. Wading through the river, they reached the opposite bank to join throngs from the other side heading in the same direction. Even from the river bank, it is a longish walk, around eight-ten kilometres, to the public ground in Bhairamgarh town. Many had walked more than 20 kilometres from their villages. 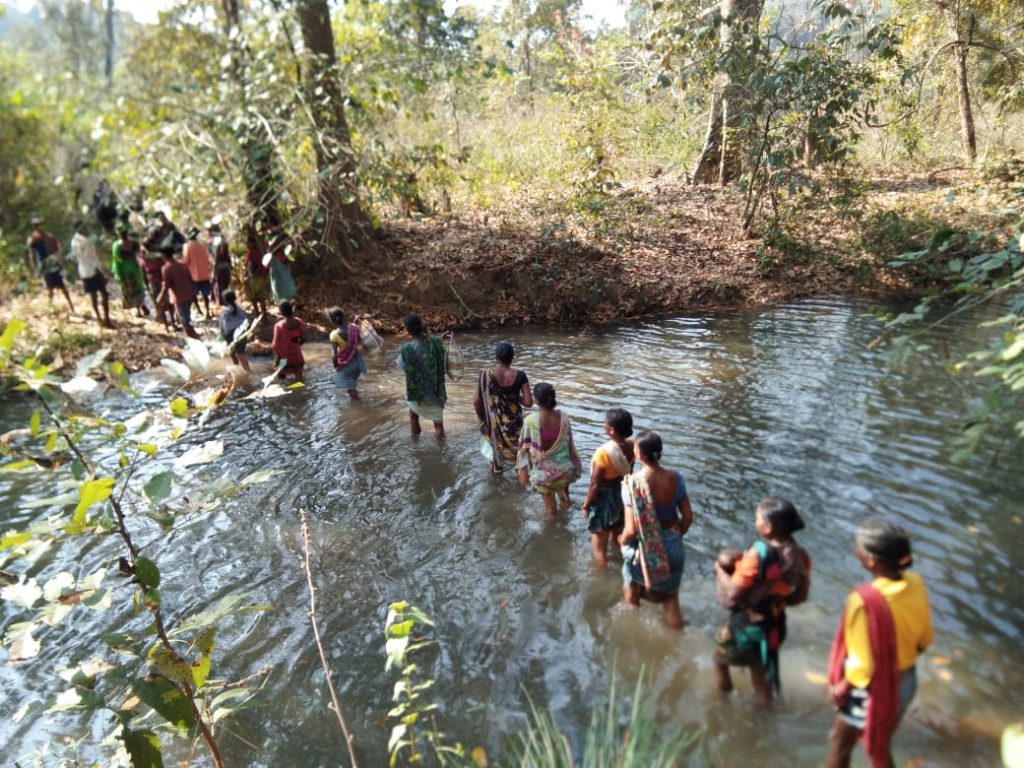 Women on the way to the public meeting. Credit: Santosh Yadav

On February 7, only five days after security forces had fired at three women who were collecting firewood in Sukma district, killing one and injuring another, the lives of ten youth were lost in an alleged encounter in Tadballa, a tiny village on the northern side of the Indravati in Abujhmarh. The youth were from six villages – Utla, Jhilli, Kolnar, Chotepalli, Tadopot and Tadballa – of Bhairamgarh tehsil that extends on both sides of the river.

Also Read: Ground Report | The Build Up to the Killing of 15 Commandos in Gadchiroli

People of these villages had come out to protest for the first time since the Salwa Judum to demand accountability.

After assembling in Bhairamgarh, they held a public meeting where many locals spoke up. Women were particularly vocal in their indictment of the security forces and the government. Adivasi activist and Aam Aadmi Party leader Soni Sori, who was also one of the organisers of the event, also spoke. So did Vikram Mandavi, an ex-Salwa Judum leader of the area who is now an active Congress party leader of the Bijapur district. He won the state assembly elections from the Bijapur constituency in 2018.

There were around a dozen mostly middle-aged Adivasis in that small room, sitting or resting. It had been a long day and they looked tired. They may or may not have known each other before, but their shared pain brought with it a certain intimacy unlikely to fade with time.

It was evening. Parents and other family members of all those who were killed stayed back to discuss a possible case with lawyers from the high court of Chhattisgarh who were keen to represent them. They began talking about the day of the alleged encounter.

“A few party (Maoist) persons had come to our village two days before the encounter. They said they were organising two days of sports for the youth and needed help with preparations,” said Oyami Budhuram of Utla village.

He said that it takes around two hours to reach Tadballa from Utla by foot. Four other villages where the Maoists went to ask for volunteers are also at a walking distance of one-two hours from Tadballa.

Buddhuram’s son, Raju, and four other youth from Utla (Parsa Sukku, Barsa Sukko, Kadiyami Shankar and Madvi Vijjo) were among those who were killed that day.

We learnt that the incident had occurred at around 10 am on February 7 in the Patelpara of Tadballa village. The location is a ground with a few mango trees. At a short distance, there is a stream. There are more trees and hills at a distance.

The party members had asked the volunteers to come a day in advance of the event with cooking pots and other utensils as well as rice. There were tasks to be done like clearing the ground of leaves and twigs and make it suitable for a sports event. A group of young persons at the site had just finished cooking rice and were cutting vegetables.

Hundreds of security personnel (they were District Reserve Guards and Special Task Force from Bijapur and Bhairamgarh camps) then attacked the assembly of around 70 youth at the venue. The attack went on for around two hours.

Relatives said that as the day advanced, many more youth would have come. Children and older villagers would have also come to see the event.

According to one testimony, there were three Maoists in uniform at the time who managed to escape. It is not clear whether they were armed or not, but in any case, there was no exchange of fire. A few bharmars (archaic muzzle-loading guns) were allegedly found at the site by the police.

Palo’s father Sodi Hidma and mother Aayte who live in Tadballa said, “We were quite close to the ground and could hear the shots and then the screams of our daughter. We tried to go to her, but the forces prevented us. They had cordoned off the site.”

They said that when they received the body from the district hospital at Bijapur, naked and wrapped in polythene – all the bodies were handed over to relatives in the same condition – they saw that she had been sexually assaulted. Some of her fingers had been cut and one eye had been taken out. There were marks on her forehead of heavy blows as though with a stone. She had also been stabbed in the chest and had two bullet entry and exit wounds. Palo, they said, was around 15 years old. 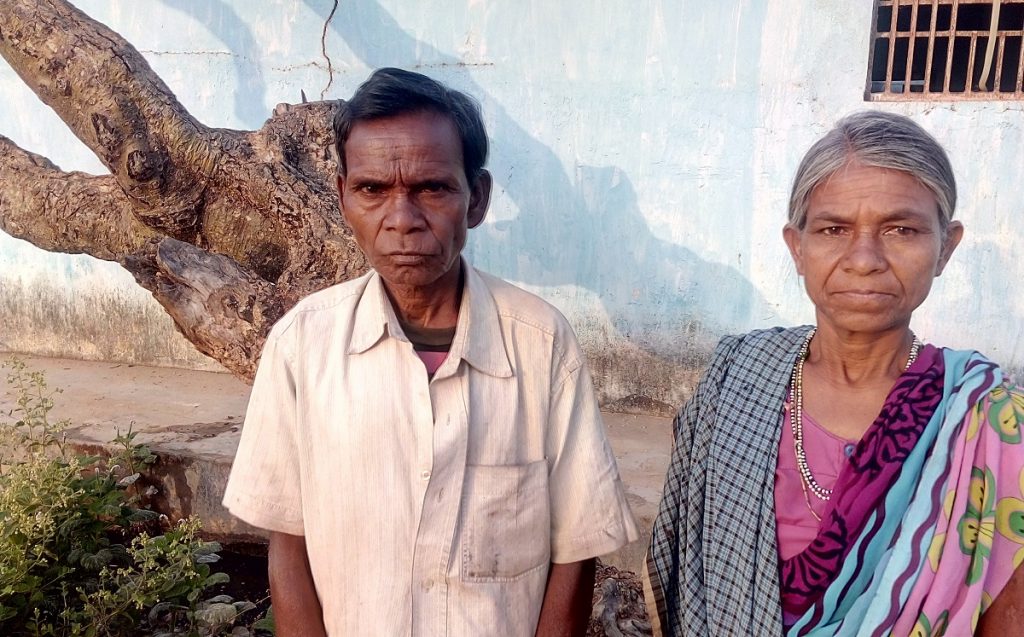 Five women and five men were killed in this incident. All of them were very young – in their early twenties and even younger in some cases. Aside from Palo, Shanti (daughter of Aarki Paklu) of Kolnar village and Shankar (son of Kadiyami Lakku) of Utla village were also minors, according to their parents. Except for Barsa Parmesh of Utla, they were all unmarried. Most of them were illiterate.

The testimonies of other parents also suggest unspeakable brutality. Bullets, knives and stones were used to kill and mutilate. Many bodies – such as those of Raju, Sukku, Palo, Shanti and Somdi – showed that two and sometimes even three bullets had been fired at them. Knives were also used: Raju’s and Shankar’s throats had also been slit, and stab wounds were found on the bodies of Somdi, Parmesh, Palo, and Sudri. Like Palo, 15-year-old Shanti was also sexually assaulted and her genitalia were mutilated. Somdi’s body also showed signs of sexual assault.

Parents and relatives said that their children were dressed in casual clothes. Women, for example, were wearing the customary lungi and blouse. But a group photograph of the bodies circulated by the police shows them in shirts, and in a couple of cases, what looks like a Maoist uniform. 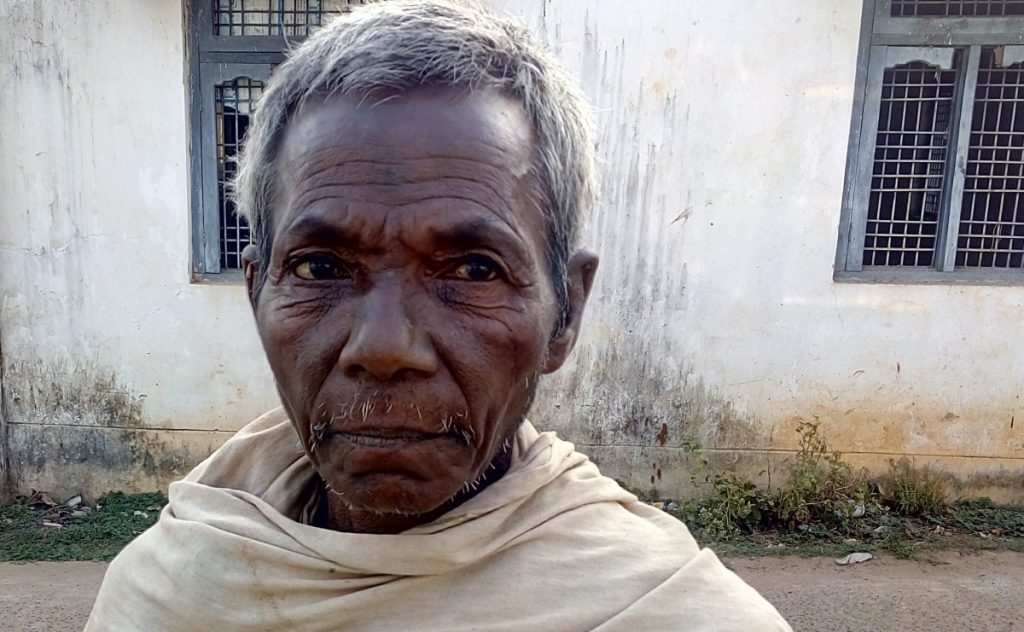 Clothes and other personal belongings that the police found on the site were burnt at the spot. Vessels show hole marks and other damage.

“Villagers of Tadballa told us that after the incident, the police butchered chicken and a pig for their meal that they cooked and ate there,” said Madvi Jabbo, Vijjo’s mother.

Many parents said that while claiming the bodies, they were asked for the Aadhaar cards of the victims. The bottom part of the card, which includes details such as age, was kept by the police in the case of Shanti and Shankar – both minors, according to their parents and relatives.

Somdi’s mother, Parsa Nendo, of Chotepalli village said, “Such an incident has not occurred before in our parts. We do not want compensation. We want justice.” 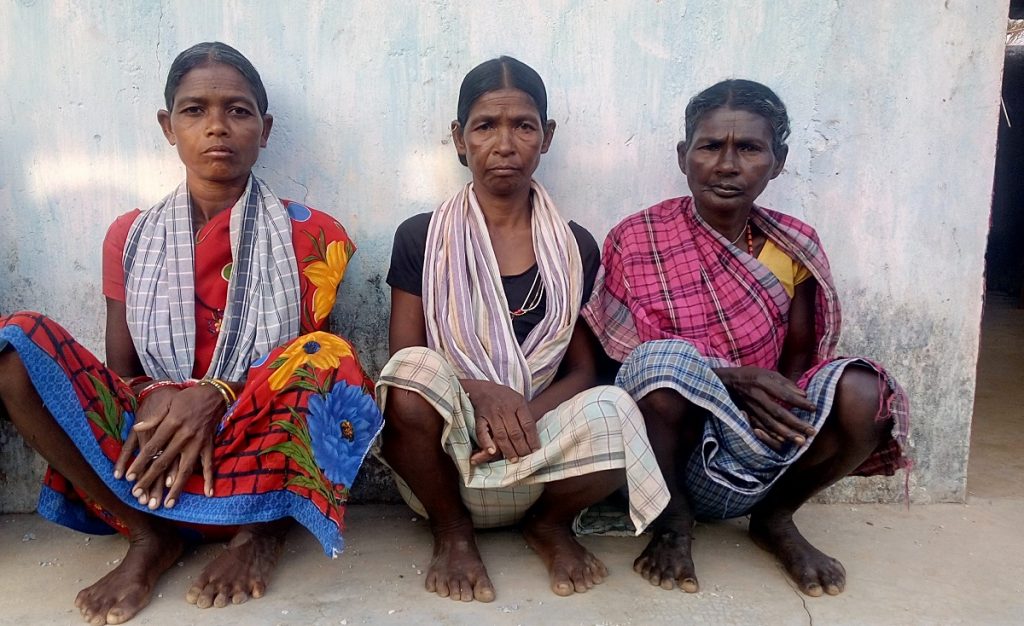 A very good indicator that an encounter is fake is when people protest – they do not protest after every encounter.

From testimonies and other available facts, we can conclude that there was no encounter that day. The victims were not Maoists, but youth who were living in “a liberated area”. Perhaps they were under the influence of Maoists and did participate in events organised by Maoists such as this sports event. If people participate in open activities organised by Maoists in an area where there are no other organisations, can they be blamed?

Without ascertaining the details of the “encounter”, the government was quick to hail it as a great victory of the security forces over the Maoists. According to the police’s version of the incident, quoted in media reports, the site was a training camp and there was an exchange of fire. All this, however, was emphatically denied by the parents and relatives of the victims. 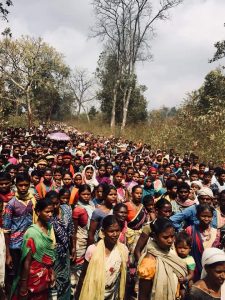 This is not the first time that security forces have opened fire on an unarmed assembly in areas that are known to be under Maoist influence. On May 17, 2013, in Edesmetta village of Bijapur district, the security forces fired on an unarmed assembly of villagers who were celebrating bija pandum (seed festival), killing eight Adivasis. A similar incident of unilateral firing on unarmed villagers occurred in Sarkeguda, also in Bijapur district, on June 28, 2012, killing 17 Adivasis. In these regions, security forces get suspicious whenever they see villagers assembled in large groups. Judicial enquiries into these incidents are yet to be concluded.

At the end of the Bhairamgarh meeting, a petition was submitted to the local MLA. It demanded that a counter-FIR (an FIR had already been filed by the police) should be lodged in accordance with the people’s version of the facts. They also wanted strict action to be taken against those responsible for the atrocities perpetrated on February 7. The petition demands a judicial enquiry commission, and that people should be given an opportunity to testify to the commission. Even though copies of the petition have been sent to the highest officials (president, chief justice of India, chief minister of Chhattisgarh, chief justice of the high court), there has been no response yet.

According to recent news from the area, Maoists have killed three Adivasis of three villages near Tadballa (including one from Jhilli village) after accusing them of being police informers in a “jan adalat” in the last week of April. There has been no protest about these killings, indicating that either people are in agreement with the Maoist decision and action or they do not have the freedom to protest in such matters.

Bela Bhatia is an independent researcher, reporter and human rights lawyer based in Bastar, south Chhattisgarh.