Extrajudicial Killings in UP Being Covered Up, Even NHRC Flouting Norms: Report

A new report has studied 17 alleged extrajudicial killings in the state between March 2017 and March 2018, and found that no police officers have been held accountable in any of them. 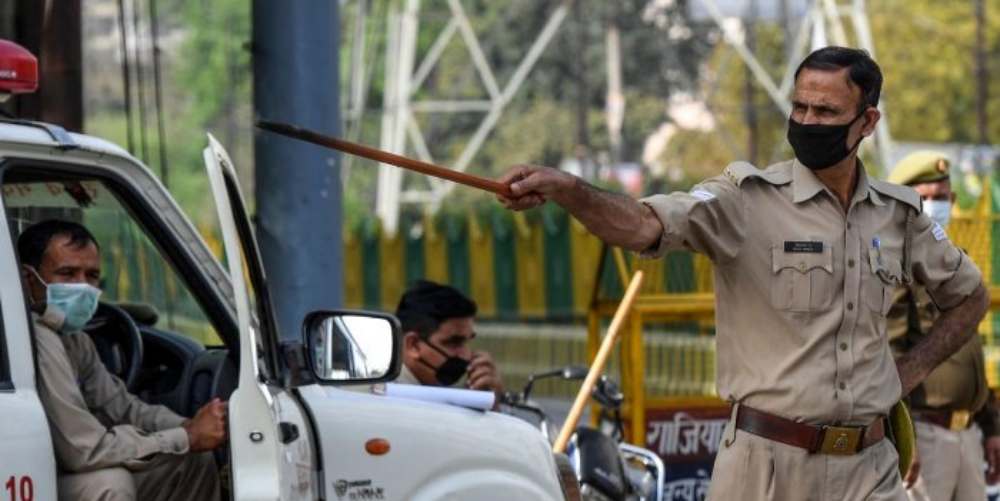 New Delhi: A new report by civil society organisations has highlighted how a culture of impunity is allegedly being pushed at all levels after ‘extrajudicial killings’ in Uttar Pradesh, with the police regularly being let off the hook for their ‘illegal’ actions without proper investigation.

While extrajudicial killings are not a new phenomenon in India, and have been witnessed across the country and over decades, the current Yogi Adityanath-led government in Uttar Pradesh has been blatant in its support for the police violence against those seen to be breaking the law. In fact, the chief minister himself has touted this as a win for the state government, showing how it is tough on law and order. In this situation, it is perhaps unsurprising that the police officers responsible for alleged extrajudicial killings are not held to account.

Since March 2017, news reports suggest 8,472 instances of police firings have taken place, leading to the deaths of 146 men and bullet injuries to 3,302 more.

In ‘Extinguishing Law and Life: Police Killings and Cover Up in the state of  Uttar Pradesh‘, three civil society organisations – Youth for Human Rights Documentation, Citizens Against Hate and People’s Watch – have studied 17 cases of alleged extrajudicial killings in the state, which took place between March 2017 and March 2018 and led to 18 people’s deaths. In all of these cases, the report has found glaring inconsistencies in the probe and a circumvention of due process.

The report is based on legal and official documents, obtained largely from the National Human Rights Commission (NHRC).

In a stark pointer to how these cases are dealt with in the state, the report notes that not even a single one of these instances resulted in an FIR again the police officers allegedly involved. Instead, in all of the cases, FIRs were filed against the victim(s) – for charges including attempt to murder (Indian Penal Code Section 307). This, the report argues, was done to support the police claim that the killings were “in self-defence”.

At every step of the required investigation after a death in custody, the report has found, authorities failed to correctly follow procedures in these 17 cases. This despite the fact that both the Supreme Court (in People’s Union for Civil Liberties vs State of Maharashtra, 2014) and NHRC have laid out guidelines on how alleged extrajudicial killings are to be probed. The vague wording of some of these guidelines, the authors of the report argue, is what allows different levels of authorities – from police officers and executive magistrates to the NHRC itself – to thwart a proper investigation.

The FIRs filed against the victims, the report says, follow an almost identical pattern, suggesting that the police is perhaps just using the same story again and again to try and justify its violence. After that, the initial investigation is often carried out by a police officer from the same police station as the officers involved in the killing – making it difficult to believe that it was indeed an independent probe, the report notes. Then, at some point, the investigation is transferred to another police station, but that seems to be only an eyewash to comply with PUCL guidelines, according to the authors.

Even the “independent” investigation by a different police station were not promising, and easily believed the police officers’ “self-defence” narrative without question, despite questionable evidence. “…the justification of self­ defence for murder has to be proved and determined through a judicial trial. The Police’s defence cannot be presumed from the police version or confirmed through an investigation,” the report notes.

There are several factual inconsistencies in the police’s version of events in these cases, the report notes. The post-mortem reports on the victims often show the use of lethal force, including multiple gunshot wounds and even broken bones, which does not suggest a genuine ‘encounter’ took place. The police, on the other hand, received only very minor injuries in these so-called ‘encounters’.

Judicial magistrates too did not question the police version of events, accepting the investigation officers’ ‘closure reports’ at face value:

“In 11 out of 16 cases where a Closure Report was filed by the police, there appears to be an abdication of judicial powers by the Magistrate who has unquestioningly accepted the Closure of the investigation. By naming the deceased as “accused” in these cases, the requirement of the Court to issue notice to the victim family before closing the case was done away with. Instead, Magistrates issued notice to the police officer, the complainant in the FIR, who in turn gives a “no objection” letter to close the investigation. Through this process, the Judicial Magistrates accept the closure of the investigation.”

All of the 17 cases studied were probed by the NHRC. In 12 of these cases, the Commission has found that there was no foul play by the police. One case was transferred to the UP State Human Rights Commission; two others are still being probed; and the authors could not ascertain the status of one case. In only one of the 17 cases did the NHRC decide that the police had acted in an illegal manner; but even in that one, while ordering compensation to be paid to the victims’ family, the Commission did not say anything about the lack of an FIR against the accused police officers.

The report raises several questions about the NHRC’s probes.

“The other inquiries by the NHRC [other than the one in which the Commission said it was a ‘fake encounter’] that overlook the factual contradictions and inconsistencies in the police narrative. It also turns a blind eye to violations of procedural and substantive law, for instance, the registration of all FIRs against the deceased victims and no FIRs against the police; closing the investigation on the grounds of the police version of self­ defence, no judicial determination of the justification of self­ defence, violations in the collection and securing of evidence from the scene of crime, often done by police officers belonging to the same Police Station as the police involved in the killings.”

Another failure of the NHRC, the report notes, is its decision to ignore the many threats being faced by the victims’ families. Victims’ families and human rights defenders wrote to the NHRC talking about threats they were facing from the police and authorities while trying to get justice. “The NHRC neither responded to, nor took on record the letters pertaining to persecution of victims’ families,” the report notes.

It is particularly disturbing that the NHRC itself, which framed guidelines on how extrajudicial killings should be investigated, is allowing norms to be openly flouted, the report notes:

“With an overwhelmingly clean chit for the UP Police, one would expect the NHRC’s orders exonerating police officers suspected of such grave human rights violations to be based on watertight grounds and reasoning. Yet, the analysis of the NHRC’s final closure orders contains glaring contradictions as reflected in the police versions of the facts, significant breaches of procedural and substantive mandates, and gaps in evidence. These have either been overlooked or justified to arrive at the final conclusion. Breaches of its own guidelines and precedents have also been condoned.”

Justice Madan B. Lokur, a retired judge of the Supreme Court, spoke at the report release on Friday (October 29) evening. He argued that reports like this are important because the bring out the “extent of the cover up” in cases like this, and highlight the injustices being done.

“I think the judiciary has been a bit of a disappointment,” Justice Lokur said. “In Manipur, for instance, we don’t know what happened [in cases of extrajudicial killings] despite the Supreme Court issuing an order.”

“Even the NHRC and state human rights commissions are doing nothing… what is the use of having these bodies if they do nothing?” he asked. “Police accountability commissions, ordered way back by the SC in the Prakash Singh judgment, do not function. Civil society is unable to do anything. That’s where reports like become important, bringing out the facts even if they are uncomfortable.”