EVM Miscounts, VVPATs and the Citizen’s Right to a Secret, Verified Ballot

Democracy cannot be held prisoner to random sampling, especially when the EC won’t tell us what happens if a discrepancy between EVM tally and VVPAT slips is detected.

“Check one grain of rice, and you will know if the whole vessel of rice is cooked.” This is an analogy that is often used to show that a small sample is enough to be sure of the result. But what happens if someone might have put some poison into the vessel? Is it enough to test one, or even five randomly selected grains? Let us see why this old parable becomes immensely significant as the counting process starts in one of the most vituperative Indian elections.

Voters have chosen their candidate by pressing a button on an electronic voting machine (EVM). EVMs are black boxes, so it is impossible for voters to verify whether their votes have been recorded correctly. In India, the addition of the ‘voter verified paper audit trail’ (VVPAT), attached to each EVM, offers a verifiable record of every vote cast. They have been made available in all the polling booths as a mechanism to increase voter confidence. VVPAT slips are displayed to the voter through a small glass window for 7 seconds before dropping into a box. The voter gets to confirm if the candidate chosen by her on the EVM is the same as that which appears on the VVPAT slip. Ironically, it is not the confirmed slip, but the black box EVM that is being counted.

For now, the demand for counting all, or many more of the VVPAT slips has been rejected, with the assertion that counting VVPAT slips of five booths per assembly constituency is enough of a safeguard. Going by the parable, we need to know what happens if one of the five grains is found to be defective. As such, we are staring at a huge potential conflict during the counting process.

Political parties who watch the electoral process in minute detail have been aware of the strengths and shortcomings of the electronic voting process. Almost every party (at least when it has been in opposition) and many civil society groups have expressed a distrust in the EVMs.

The apprehension that votes might not match the result led to a series of public interest litigations, and the Supreme Court orders that every voter would have to get a chance to verify their vote against the VVPAT slip. The court held: “We are satisfied that the ‘paper trail’ is an indispensable requirement of free and fair elections… EVMs with VVPAT system ensure the accuracy of the voting system.” 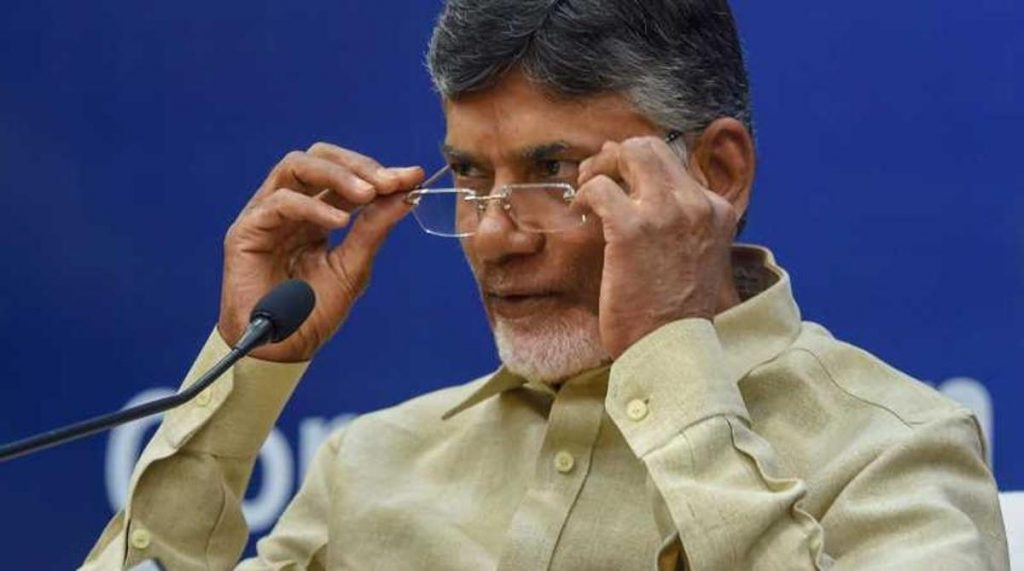 Opposition leaders led by N. Chandrababu Naidu have asked for verification of all VVPATs. Credit: PTI

The Election Commission (EC) went through the effort of getting the machines manufactured, and the slips printed, but surprisingly, decided to count slips of only one randomly sampled polling booth per assembly constituency. There are neither any clear rules nor any strict protocols from the EC in case there is any discrepancy between the EVM count and the VVPAT slips in any of the sampled booths. This could lead to bitter unresolved disputes between parties and returning officers.

With this completely arbitrary decision began a furious debate on statistical models and the right percentages to count, in order to detect, or eliminate possibilities of fraud or malfunction.

In February 2019, 21 opposition parties sought 50% random verification (counting) of EVMs with VVPAT slips. The EC responded that such an exercise would mean that the counting would take about six days. This seems to be a deliberately exaggerated estimate of the time required for counting. Even so, it cannot be the reason for not counting all the slips – especially in a seven-phase election.

On March 22, the EC submitted a report to the SC, called “Random Sampling For Testing of EVMs via VVPAT Slip Verification”, and termed it the “Indian Statistical Institute’s (ISI) Committee Report” as part of its affidavit to the SC. An RTI reply has shown, that calling this an “ISI Committee Report” is misleading as there are no terms of reference with ISI per se.

Nevertheless, the report asserts that, 479 randomly selected booths were enough to assert the fairness of EVMs at the 99.9936% confidence level. To understand this, it’s instructive to recall the renowned statistician George Box’s quote, “All models are wrong but some are useful.” Even the best statistical procedure is subject to chance and hence errors. Assuming there are no mismatches between EVM and VVPAT slips in the randomly sampled booths, confidence levels, as mentioned in the so-called “ISI Report”, describe the uncertainty of the procedure in the long run. In simple terms, the claims of the ISI report imply that if 479 EVMs are randomly sampled many times, then in 64 out of 10,000 times the system would be unfair and the mismatch might go undetected.

There are approximately 10.35 lakh EVMs used in this election and so even according to this model, the way the EC is conducting the so called “audit” runs the risk of many undetected errors. Correct counting of votes cannot be left to chance and so statistical estimation and random sampling in the context of counting of votes should not even be an option. The right to a secret verified ballot is the most fundamental right of a citizen, and the verified slip, and not the opaque EVM machine should be counted as that ballot, otherwise it is akin to the state surreptitiously stealing the most fundamental right of a citizen. Counting anything less than 100% of the VVPATs must ideally be deemed unconstitutional.

But given that this decision has been taken, the consequences of detecting errors through random sampling must also be applied. Where there is any mismatch detected, we must count all the slips in the statistical ‘universe’ – in this case, the constituency. The 21 parties have repeatedly met the EC to demand that the sample VVPAT count be conducted before commencing the count of EVMs, and for a full VVPAT count in the constituency where a difference with the sampled EVM is found. They are yet to receive a response.

Also Read: The Election Commission Must Not Come in the Way of More VVPAT Verification

EVMs were used in German elections between 1998 and 2005 till the constitutional court banned their use, stating that “the use of voting machines which electronically record the voters’ votes and electronically ascertain the election result only meets the constitutional requirements if the essential steps of the voting and of the ascertainment of the result can be examined reliably and without any specialist knowledge of the subject.”  Several other developed, tech savvy countries have discarded using EVMs.

The key issue, therefore, is a reliable, transparent, and non-specialist examination of the counting process. Today, there is massive confusion and potential arbitrariness. By resisting the counting of 100% of VVPATs, the EC and the ruling party have already invited suspicion about fair elections. It has made matters worse by issuing orders that the counting of VVPAT slips can start, once the EVM counting is complete. That would make it very difficult to keep the result from being declared even where there is a discrepancy in the sampled machines.

To not count 100% VVPAT slips where an error is detected in the audit, jeopardises the integrity and effort of the entire VVPAT process. In the event of even one mismatch, there should be clear protocols mandating a count of all the VVPAT slips in the constituency, before commencing the EVM count. In the absence, of such a protocol, there is likely to be suspicion, confusion, conflict, and a very discredited electoral process.

Rajendran Narayanan teaches at Azim Premji University, Bangalore. Nikhil Dey works with the MKSS and the National Campaign for the Peoples Right to Information (NCPRI).