Even After 18 'Starvation' Deaths, Jharkhand Govt Sidesteps All Blame

Food rights activists say both the Centre and the state are trying to deflect criticism over their failure to provide food security by making vague excuses. 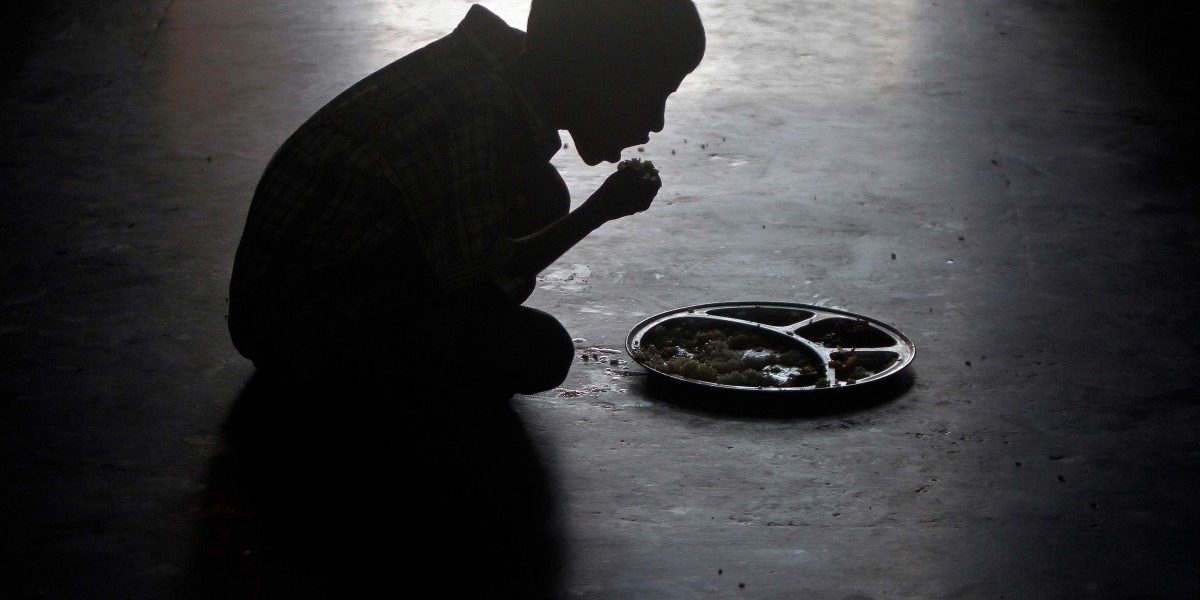 New Delhi: A Jharkhand government report to the rural development ministry denies hunger or poverty as reasons for the 18 deaths in the state since September 2017, allegedly due to starvation or extreme destitution.

Addressed to the director (MNREGA), the December 26 report of the Department of Rural Development of Jharkhand, acknowledged that media had blamed hunger as the cause of the deaths. It, however, adopted a standard line to claim that they were not related to starvation or the government’s rural employment schemes.

Food rights campaigners insist that both the Centre and the Jharkhand government are only trying to deflect criticism over their failure to provide food security to citizens by making vague excuses.

Activist Siraj Dutta said, “In each case, a one-paragraph response is given. The responses suggest the department is trying to wash its hands of any responsibility instead of actually investigating why the deaths occurred. For instance, each case ends with the same sentence – mrityu ka karan MNREGA se parilakshit nahi hota hai (cause of death is not related to MNREGA).”

C.R. Chaudhary, Union minister of state for food and civil supplies, in response to a question on starvation deaths, said on December 18 that no such incidents had been brought to its notice. The same day, the rural development ministry sent a letter to the Jharkhand government seeking a report in the matter. Subsequently, on December 25, Ram Vilas Paswan, Union minister for food and civil supplies, also asked all states to provide details of such deaths in their jurisdiction.

The Jharkhand government submitted a nine-page report but sidestepped key allegations. The report reveals the state’s desperation to show everything to be normal.

Many tales of denial, neglect and death

While the report details all 18 deaths, we delve into a few to highlight the state government’s apathy in the matter.

One of the earliest deaths was of 40-year-old Indradeo Mali of Hazaribagh in December 2016. Independent reports had noted that no food had been cooked in his house for three days before his death in December 2016. Also, the family did not receive ration for two months preceding his death. These aspects, however, do not find mention in the government report.

The death of 11-year-old Santoshi Kumari of Simdega district on September 28, 2017 was also attributed to hunger. It was reported that the family was denied ration for five months as the card was cancelled for want of Aadhaar. Also, her mother Koyili Devi, who worked as a wage labourer, had not received NREGA work as no scheme was implemented in their village in months preceding Santoshi’s death.

But the government report does not give any reason for the cancellation of the ration card or family’s access to NREGA entitlements.

Similarly, Ruplal Marandi of Deoghar died in October 2017 due to denial of rations for two months. It was stated that neither his nor his daughter’s thumbprints worked on the Aadhaar-based point-of-sale machine. The government report is again silent on the delivery of rations and the family’s NREGA entitlements.

Some people have never even issued ration cards, for example, the family of 40-year-old Budhni Soren. She was also not receiving a widow pension. She died in Giridih in January 2018. The report does not mention her family’s access to NREGA entitlements such as job card, employment or payment of wages.

Savitri Devi of Giridih, who died in June 2018, also did not have a ration card despite having applied for it. Her widow pension was sanctioned in 2014 but was only credited in April 2018. In the absence of proper intimation, she did not know about it. She had a job card but last got work in 2016. No NREGA work happened in her village for a year before her death. The report ignores these points.

While Jharkhand has a provision for particularly vulnerable tribal groups (PVTG), their members also figured among those who allegedly died of hunger.

Chintaman Malhar (50) of Ramgarh died in June 2018. He did not have a ration card, a PVTG pension or a job card. Government report ignores these elements.

Likewise, Rajendra Birhor (39) of Ramgarh also did not receive the PVTG pension he was entitled to. His family did not have a ration card, was not getting any NREGA work and he died of destitution in July 2018. The government only says death was not linked to the employment scheme.

The last of the deaths was of Kaleshwar Soren (45) in Dumka in November 2018. His family’s ration card was cancelled in 2016 as it was not linked with Aadhaar.

No action initiated for poor implementation of schemes

Reacting to the state government’s claims, Dutta said despite glaring violations of socio-economic entitlements of the deceased, no action has been taken against those responsible for these lapses in the implementation of the food, pension and employment schemes.

He accused the Centre of also ignoring reports of over 60 deaths due to starvation or destitution in the last four years.