Fears on Health, Family Ties and Financial Distress Haunt the Elderly in Lockdown

A survey has revealed that most elderly have been missing their regular visits to doctors and physiotherapists. 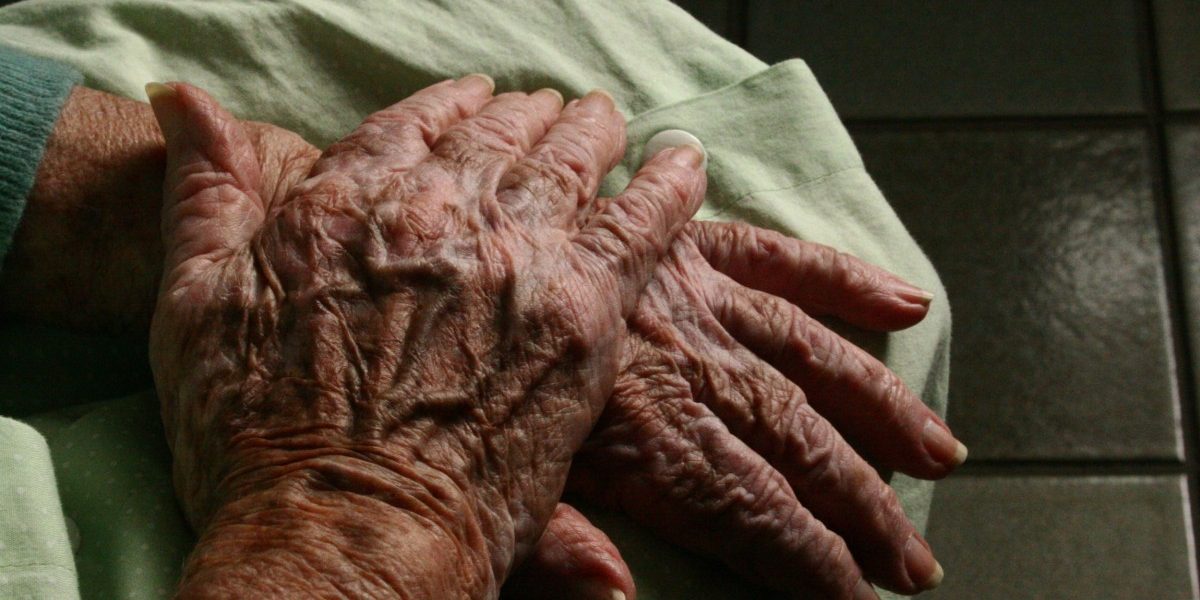 These findings have emerged in a telephonic survey of around 5,000 elderly citizens done by volunteers of the NGO Agewell Foundation. Photo: Wikimedia Commons

New Delhi: The lockdown imposed to curb the spread of COVID-19 is having a serious affect on the physical and mental well-being of elderly citizens. Most of them are fearing that they will face further health complications and are missing regular visits to their doctors.

Also, a vast majority of them are now afraid of meeting or interacting with anyone. While the forceful stay at home has brought many of them physically closer to their children and grandchildren, a majority still feel that they have not been able to bridge the generational gap.

All these findings have emerged in a telephonic survey of around 5,000 elderly citizens done by volunteers of the NGO Agewell Foundation. The survey, which also sought to evaluate the social and financial impact of the lockdown on senior citizens, has revealed that overall, the COVID-19-related restrictions have only increased their hardships.

“Around 70% elderly are either already facing health complications or fear that they would develop some medical complications due to the lockdown restrictions,” said the survey, adding that around 55% of the respondents claimed that it was impacting their health condition “adversely”.

The survey also revealed that not being able to interact with their doctors was causing anxiety among the elderly. “Nearly 75% of such elderly patients said that they missed the healing touch of their doctor, as they could not visit them personally. Moreover, 43% of such elderly patients were undergoing regular pathological check-ups and they are having to avoid these check-ups,” it added.

Also read: COVID-19 Fears Are a Double-Edged Sword for the Elderly and Those Who Care for Them

Access to medicines and physiotherapy has become difficult for some

While pharmacies and chemists fall in the category of essential services and have been exempted from the lockdown, some elderly have faced logistical issues in accessing health services and care. The survey said 44% of the respondents stated that access to regular medicines and physiotherapy was the most critical health challenge being faced by them now.

Anxiety, depression on the rise

The long forced stay at home has also impacted many both physically and mentally. “Anxiety, sleeplessness, lack of appetite and lack of physical activity” is what 34% of the respondents said was the biggest challenge before them now.

Also, around 54% of the elderly said their social life has got disturbed due to the lockdown. “Among these elderly, 71% claimed that they are fearful of meeting anyone or to interact with anyone nowadays,” the survey said.

The survey said its volunteers also noted that most of the respondents sounded depressed while interacting. “They expressed a sense of apprehension, resentment, anxiety and even anger while talking over the phone.”

Most elderly say lockdown brought them closer to relatives, but did not bridge gaps

During the survey, it was found that 54% elderly respondents were staying with their children, grandchildren and other younger family members, while 33% were with their spouse and 13% were staying alone.

The lockdown, 45% of them said, has helped in bridging the gap between generations, but a majority of 55% said it did not do so. Nearly 52% of the respondents said their relationship deteriorated with their family members during the period due to lack of communication, personal ego, interests and attitude.

Of the respondents, 23% also felt ignored as the younger people remained busy with their cell phones or computers, while 31% claimed that their financial dependence on the family members became a reason for the bitterness in the relationship. Over 59% of elderly claimed they felt “psychological loneliness / isolation” even while staying with their family members.

Around 51% also complained about mental or physical harassment, ill-treatment, being shouted at, misbehaved with, threatened, tortured, neglected or marginalised.

Reacting to the findings, founder chairman of Agewell Foundation Himanshu Rath said due to the lockdown the elderly are “struggling and facing a peculiar situation in their life’. He said many of the elderly citizens are “getting depressed due to lack of assured medical and financial support, social interaction and lack of independence, self-respect and dignity.”

In light of this, Rath demanded that the government announce a specific packaged for the elderly. He suggested that a helpline be launched to assist them, specific guaranteed subsidy and loans be announced for them; there be GST waiver for businesses focused on providing food, accommodation, care and medical services to senior citizens; and provision for subsidy or loans be made for senior care homes.

The Agewell Foundation has also demanded that the second tranche of Rs 6,000 assistance under Kisan Samman Nidhi be released; and special public distribution system points be set up for providing rations to them.