Schooling acts as a catalyst in the social reproduction of power and privilege. Certain forms of knowledge are not allowed to become part of the curriculum, as they pose danger to the existing power relations. 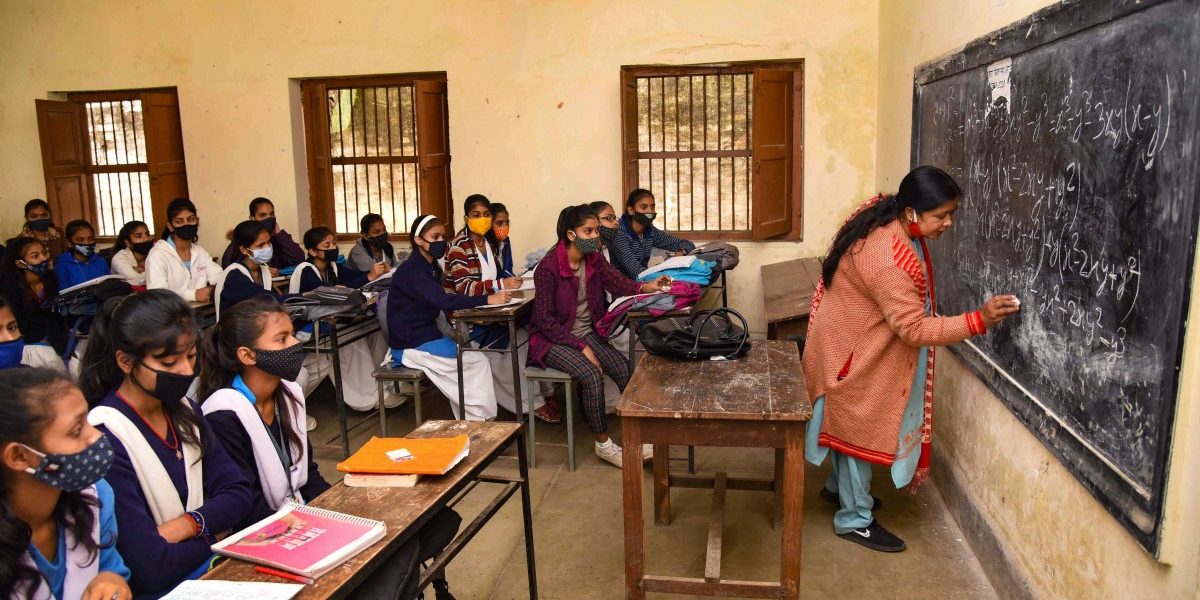 At the beginning of 2020, I was living near Hauz Rani Gandhi Park – one of the sites of protests against the Citizenship Amendment Act (CAA), National Register of Citizens (NRC), and National Population Register (NPR). One night, when I was out to buy daily groceries, I saw a group of children holding a portrait of Dr B.R. Ambedkar running down the narrow streets of Hauz Rani, chanting the slogans of Azadi. Soon these sightings became commonplace.

On my way to buy milk and bread, I would often notice children, among adult protesters, chanting ‘azaadi’ slogans, waving tricolour national flags. Sometimes they were not actively participating but just accompanying their mothers to the protest site, sleeping in their arms, seeking the warmth and comfort of their bodies in the cold of the night. In any case, the protest, it appeared to me, had become a significant part of their lives.

During this time, as a student of the sociology of education, I was visiting a school in the same area on weekly basis. I would observe the practices in the classrooms and talk to teachers and students on various aspects of curriculum and pedagogy. What struck me most during these visits was that the protests did not figure as a subject matter in the classroom. There was a complete absence of the discourse on the ongoing protest that was visibly touching the lives of so many students so deeply. It is this dissonance between ‘the street’ and ‘the school’ that I want to use as an entry point to reflect on the nature of schooling in India.

Schooling as a mechanism of social control

Formal schooling, given the fact that it is by and large organised and regulated by the government, is a political process, and therefore closely related to power. The relationship between schooling and power is a crucial one. Michel Foucault located ‘the school’ in the same category as ‘the clinic’ and ‘the prison’ – as an institution of control and surveillance. Several scholars have accentuated the key role that schools, as part of state apparatus, play in reproducing the existing inequalities, and furthering socio-economic interests of the dominant strata. In order to understand schooling as a mechanism of social control, it is important to examine the outer and inner contours of educational inequalities in the Indian context. Let me first take the case of ‘exteriority’ of educational inequality. The Indian school system, like the caste system, is structurally hierarchal. The quality of education one gets is a function of one’s milieu, which means that the children belonging to marginalised castes receive the poorest quality education. In substance, the system favours the advantaged and disfavours the disadvantaged.

Then there is the issue of ‘interiority’ of educational inequality. The punitive and violent pedagogy that Bahujan students face inside the schools is no secret. India Exclusion Report 2013-14 categorically mentions corporal punishment, verbal abuse, humiliation, and segregation as forms of overt discrimination against children from oppressed communities. The upshot of this pedagogy of repression is that those who are at the margins, those whose inheritance is collective trauma and loss, are forced to exit. It is unsurprising, then, that the school dropout rate is highest among Scheduled Castes and Scheduled Tribes’ students.

There is also a less conspicuous way in which the repressive pedagogy operates inside classrooms, which brings us onto the terrain of the politics of institutional knowledge. Schools preserve and propagate the form and content of the culture and knowledge of powerful groups, defining it as legitimate knowledge.

In his seminal work Why I am not a Hindu, Professor Kancha Ilaiah Shepherd, using experience as a framework, elaborates on how school curriculum invalidates the lives of the marginalised: “Dalitbhaujan life figured nowhere in the curriculum”. Reflecting on the school-textbook content, Ilaiah writes, “The language of the textbooks was not the one that our communities spoke.” “The textbook morality was different from our living morality.”

Although India did proclaim a legal commitment towards children’s education through the Right to Education (RTE) Act 2009, it has failed to build the equitable institutions through which the commitment might be realised.

Behind the veil of neutrality, schools act as catalysts in the social reproduction of power and privilege. Certain forms of knowledge are not allowed to become part of school knowledge, because they pose danger to the existing power relations. The impossibility of discourse on protest is precisely what the pedagogy of repression engenders, for protest is the language of discontent, the instrument to challenge the status quo.

This stands at variance with critical pedagogy, which, in the words of Henry Giroux, educates students “to become critical agents who actively question and negotiate the relationships between theory and practice, critical analysis and common sense, and learning and social change”. It allows educational institutions to listen to the streets while designing pedagogical practices. 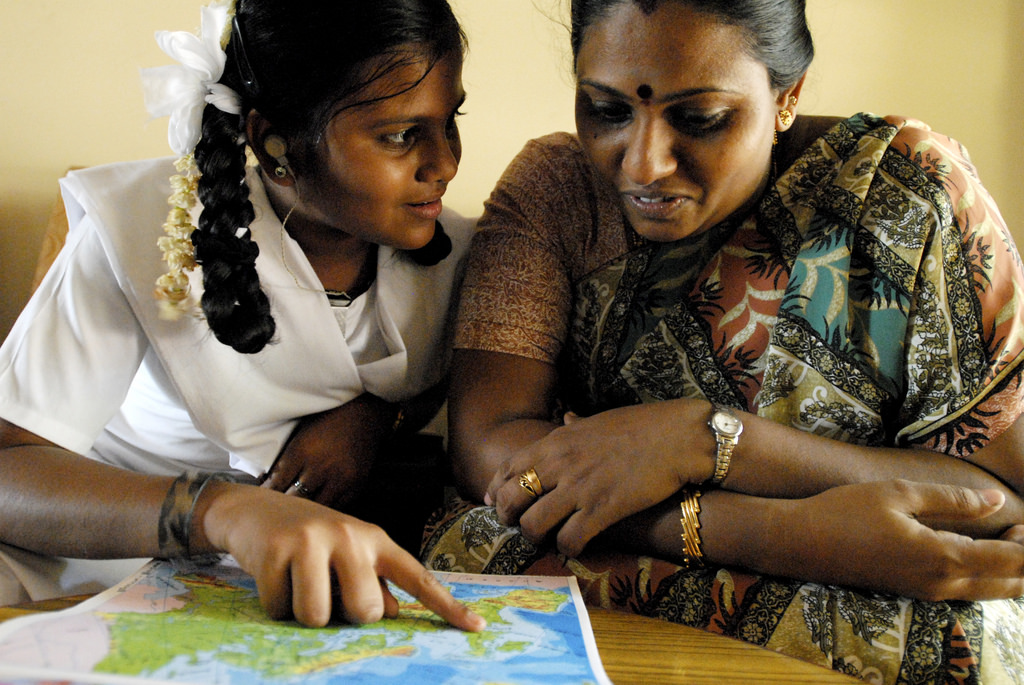 Paulo Freire, the pioneer of critical pedagogy, imagined education as a political and moral transformative practice. For him, it enabled the student to self-reflect, explore what it means to be a critical citizen, and meaningfully participate in a democracy. Dr. Ambedkar, too, reckoned education as liberating force, capable of kindling the transformation within. The “Agitate” part in his famous slogan “Educate, Agitate, Organise” signifies the transformative character of education.

It troubles me to think of the recent developments in the education landscape. But there is no surprise. After the Delhi police stormed Jamia Milia Islamia’s library, tear-gassed the space, and lathi-charged the students, I stopped feeling surprised. It doesn’t feel surprising anymore that privatisation and philanthrocapitalism in education are being legitimised, that learning is being reduced to learning outcomes, that schoolification of pre-primary education is being promoted, that exclusion of Bhaujans from education is being mandated, that scholars and student activists are being incarcerated.

Is it hopelessness? Perhaps not. But it is certainly something close. Now the rare moments when I encounter hope are when I think of the Fatima Sheikh-Savitribai Phule Library at Shaheen Bagh protest site, when I think of so many brilliant and passionate teachers, educators, students and activists that I have come across.

And if I think of them long enough, I begin to imagine the school-boundary – separating the school premises from the streets – fading away, the school moving to the street and the street to the school. Sometimes, for a brief moment, I even allow myself to go as far as to imagine schools and universities redefining education as a practice of freedom, reclaiming what has been lost, embodying a pedagogy of Azadi.

Yuvraj Singh holds a master’s in education and is pursuing further research on the interface between education policy and power.