As the 2019 elections draw near, a new narrative is being fostered – of an enemy within who is not just against the government and its policies, but against the nation itself. 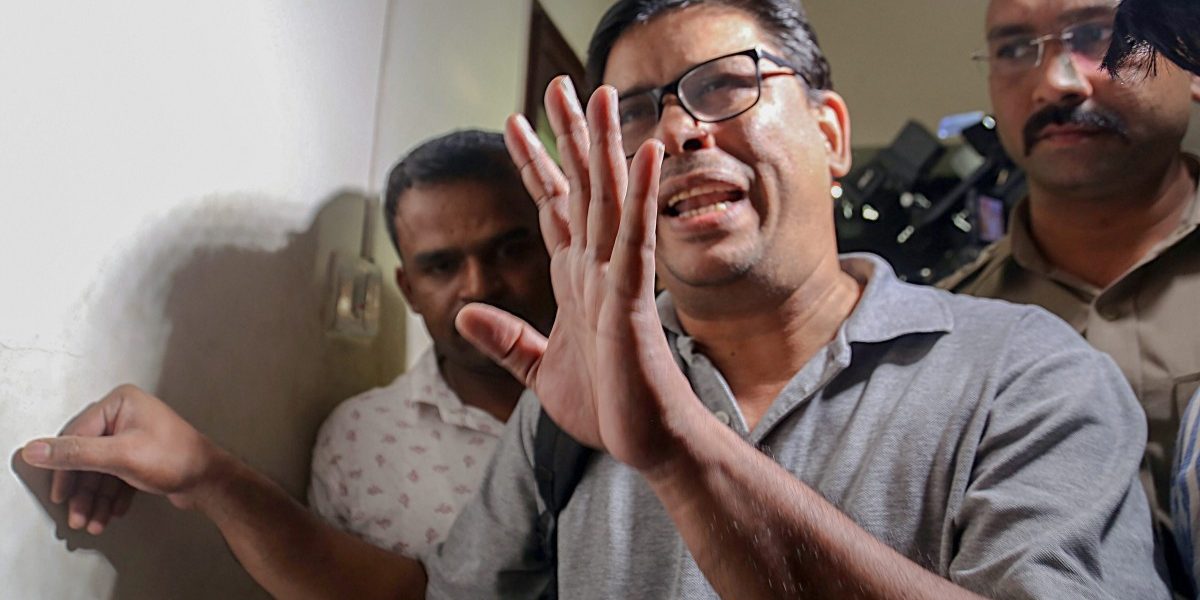 The police raids on the homes and offices of lawyers, trade unionists, writers and rights activist and the subsequent arrest of five persons on Tuesday send a worrying signal about the state of India’s democracy.

Though terror charges have been invoked via the Unlawful Activities (Prevention) Act (UAPA), no official statement has so far been made by the Maharashtra police or government about the arrests. Nor has any evidence – or even a concrete accusation – been placed by the authorities in the public domain. What we have seen instead is a barrage of conjecture, much of it bordering on slander, originating from unnamed “sources” and faithfully transmitted by sections of the media.

The burden of this propaganda campaign is that the five individuals arrested are somehow involved in the violence which erupted in parts of Maharashtra following the January 1 commemoration by Dalits of the colonial-era Bhima-Koregaon battle. BJP spokespersons have also tried to connect the five to an alleged plot to assassinate Prime Minister Narendra Modi that the Pune Police claim to have uncovered in June.

Activists are not above the law but it is the tyranny of process that is the issue here. Since the early grant of bail under UAPA is well-nigh impossible, the police know they need not bother to present proper evidence or formulate a credible charge against the arrested persons. Once the five are charged, they will remain behind bars for months if not years – certainly long enough for the political purpose behind their arrest to be served.

It is not a coincidence that the five individuals targeted have been fighting for the rights of workers, Adivasis, farmers, women, Dalits and all those at the receiving end of government policies. Whether it is Sudha Bharadwaj, the IIT-educated mathematician who runs a trade union in Chhattisgarh and practices law in the Bilaspur high court, or Gautam Navlakha, who has tirelessly fought for civil liberties through his writings, or the 79-year-old Marxist poet Varavara Rao, it is a deep commitment to the cause of India’s marginalised majority that unites them. Arun Ferreira was earlier acquitted in ten UAPA cases after spending five years in jail. Vernon Gonsalves is fighting legally for the five activists who were jailed in an earlier round of arrests made in June.

Also watch: What’s Behind the Spate of Arrests Across the CountryIf the police are allowed to get away with criminalising dissent in this way then no citizen should consider herself safe. Indeed, the purpose behind levelling terrorism charges against prominent anti-establishment voices, including lawyers, is to intimidate actual or potential critics and ensure their silence.

In keeping with the government’s style of functioning, pliant sections of the media have been pressed into action to vilify the arrested persons. As the 2019 elections draw near, a new narrative is being fostered – of an enemy within who is not just against the government and its policies, but against the nation itself. This tactic has been used effectively in the past by dictatorial regimes, which equate criticism of the government with treason and use fear and anxiety to overwhelm the electorate. That is precisely what the present establishment in India is attempting to do.

The darkening skies can no longer be denied or wished away, nor is there any point making or dispelling comparisons with the Emergency. As a liberal, constitutional democracy which allows all manner of opinions and arguments to bloom, India cannot afford its founding principles to be undermined in this manner. If ever there was a time for the judiciary, the media and civil society to draw a line in the sand, now is it.