Editorial: A Day to Mourn, Not Celebrate, What's Become of the Constitution

The real disappointment for citizens facing an unprecedented assault on their basic democratic rights is not that the Modi regime is behaving the way it is. The disappointment is with the Supreme Court. 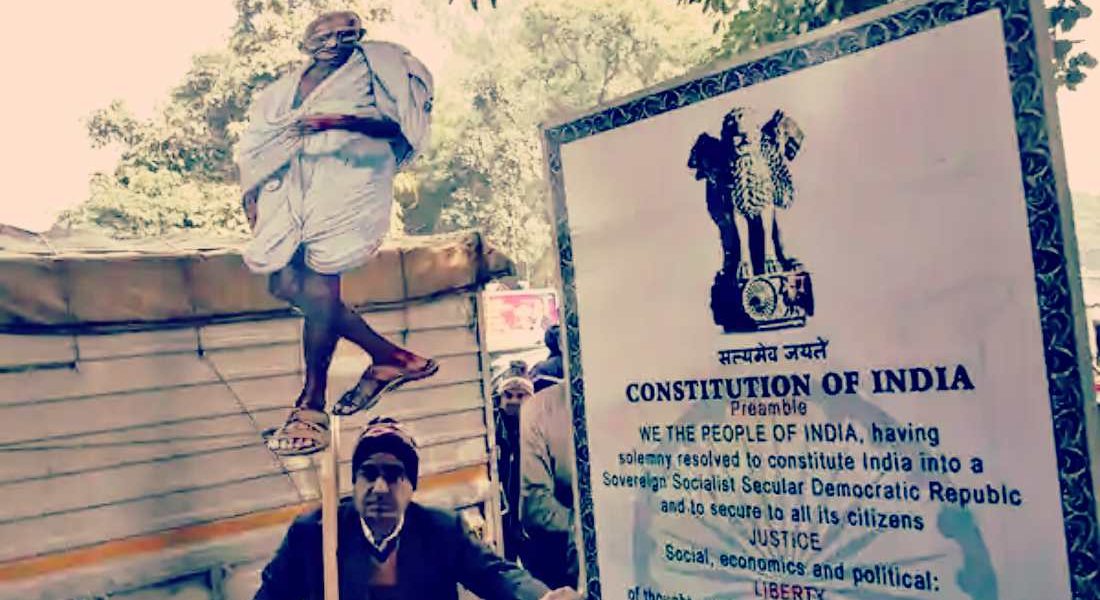 We celebrate Samvidhan Divas, or Constitution Day, November 26 every year to mark the adoption of India’s constitution by the Constituent Assembly in 1949. Since a constitution is only as good as the guarantee of its enforceability, it is a matter of great misfortune that this year’s ‘celebration’ comes amidst a worrying debate over whether one of keys to the constitution’s enforcement – Article 32 – may be getting diluted.

Article 32 guarantees Indians the right to move the Supreme Court for the enforcement of their fundamental rights, which is why Dr B.R. Ambedkar called it the ‘soul of the constitution’. This is the Article that makes – in the words of legal scholar Rohit De, as quoted recently by Professor Upendra Baxi – the Supreme Court a “people’s court”. On paper, of course, but not in practice. Key provisions of the constitution have already been turned into a dead letter by the Narendra Modi government and people have been knocking on their court’s doors to no avail. If judges now start believing – as Chief Justice S.A. Bobde said during the bail hearing of journalist Siddique Kappan – that the ordinary citizen’s recourse to Article 32 needs to be “discouraged’, they might as well sign the death warrant for the constitution’s soul.

The growing apprehension is not just about the status of Article 32. It is also about the erosion of the cumulative achievement via decades of a progressive jurisprudence centred around the “basic structure doctrine” as outlined by The Wire’s legal editor V.Venkatesan in a series of important articles. In the past, this doctrine

“has allowed Indian judges to adopt radical strategies of initiating public interest litigation, using methods such as the creative remedy of continuing mandamus (through which it can keep a case alive even after it has been decided, sometimes for decades, to ensure its implementation).  Not so anymore.”

Some commentators have described the possible dilution of the “basic structure doctrine” as the advent of “judicial barbarism” which has followed what large sections of the citizenry have experienced in terms of the hijacking of their basic democratic rights over the past six years. The nature of the assault on the fundamental rights of the citizens need not be elaborated as these are well documented by now and even international organisations such as the UN Office of the High Commissioner for Human Rights have taken serious note of these transgressions by the Indian state and its partisan agencies.

Whether it is the government’s authoritarian approach to Kashmir, the passage of the Citizenship (Amendment) Act, the blatantly partisan investigation of the Delhi riots, the continued incarceration without bail of intellectuals and activists in the fraudulent Bhima Koregaon case and more recently the arrest and harassment of journalists, November 26, 2020 is is actually a day for mourning Samvidhan Divas, not celebrating it. Without any loss of irony, Bharatiya Janata Party leaders are posting sycophantic messages on social media congratulating Prime Minister Modi for carrying forward Dr Ambedkar’s legacy on Constitution Day.

Also read: The Right to Dissent is the Most Important Right Granted by the Constitution: Justice Gupta

The real disappointment for citizens facing such an unprecedented assault on their basic democratic rights is not that the Modi regime and its hatchet men are behaving the way they are. The disappointment is with the apex court, which they always believed would interpret the constitution in a way that is seen as upholding morality and democratic values. Barring its capitulation during the Emergency, the apex court has always been seen as the fence which would protect the democratic crop. What is the remedy if the fence starts eating the crop?  This is the biggest question people need to ponder over on Samvidhan Divas 2020.

Finally, this Constitution Day, let us specially remember all the prisoners of conscience who are in jail with no recourse to bail – from the octogenarians Stan Swamy and Varavara Rao to the young students being framed for the Delhi riots and all the women and men in between.