Neither the state nor the family wanted to own him. This is the madness that befalls any system that invents a territorial idea of human beings in the name of citizenship.

Labourers work at a construction site of a detention centre for illegal immigrants at a village in Goalpara district in the northeastern state of Assam, September 1, 2019. Photo: Reuters/Anuwar Hazarika

(S)ociety has discovered discrimination as the great social weapon by which one may kill men without any bloodshed.

Sixty-five-year-old Dulal Chandra Paul – declared an illegal resident by the Assam Foreigners’ Tribunals – and admitted to the Guwahati Medical College and Hospital (GMCH) on September 28, 2019, due to “deteriorating health”, died on October 13, 2019.

Paul had been lodged in a detention centre for the last two years.

There are currently six such centres in Assam that house roughly 1,000 “illegal foreigners”. Twenty four people in Assam’s detention camps have died in the last three years. The reason cited for the deaths is “illness”.

The condition of someone who has been designated a “foreigner” and locked up in a detention camp raises ethical concerns. When a human being is stripped of natural rights – life, liberty and property – the matter is not limited to what s/he loses, but what s/he becomes losing those rights.

Having lost his claims to citizenship, Dulal was bereft of legal and political rights. Dulal was an “illegal foreigner” who deserved to be kept in a detention centre, until he was deported. In her essay, The Perplexities in the Rights of Man, Hannah Arendt argues that the loss of citizenship rights strips a person of human rights. If you are not a citizen, you aren’t considered human by law. Noncitizen corresponds to nonhuman. Dulal was thrown into an extrajudicial space of the detention centre, where Paul – by law – belonged to another species: the “illegal foreigner”.

There is a zoological ring to a detention centre, where human beings find themselves transformed into another species, falling out of favour with the laws of citizenship. Dulal’s nephew, Sadhan Paul said that the deceased man’s siblings and their families made it to the National registrar of Citizens (NRC). None of Dulal’s three sons made it to the list that was released on August 31 this year.

It appears that the law has been quite arbitrary in its method of detecting foreigners and citizens. There is an artificial divide of legality within families. The process of detecting “illegal foreigners” (or citizens, for that matter) is clearly a mad one. What is more disturbing is how this madness transfers itself into the mind and body of people, who are detained within closed walls, after being designated foreigners.

Dulal’s family introduced a major twist to the story, putting the state in a legal and moral quandary. They refused to accept Dulal’s dead body, raising a series of questions for the law. Sadhan Paul raised the question over a telephonic conversation with Hindustan Times, “How can we accept the body if he is a foreigner? Despite him having legal documents showing he was an Indian, he was declared a foreigner.” It was a brilliant move – asking the law how a family could accept a body that was made legally (and by extension, morally) estranged from it. 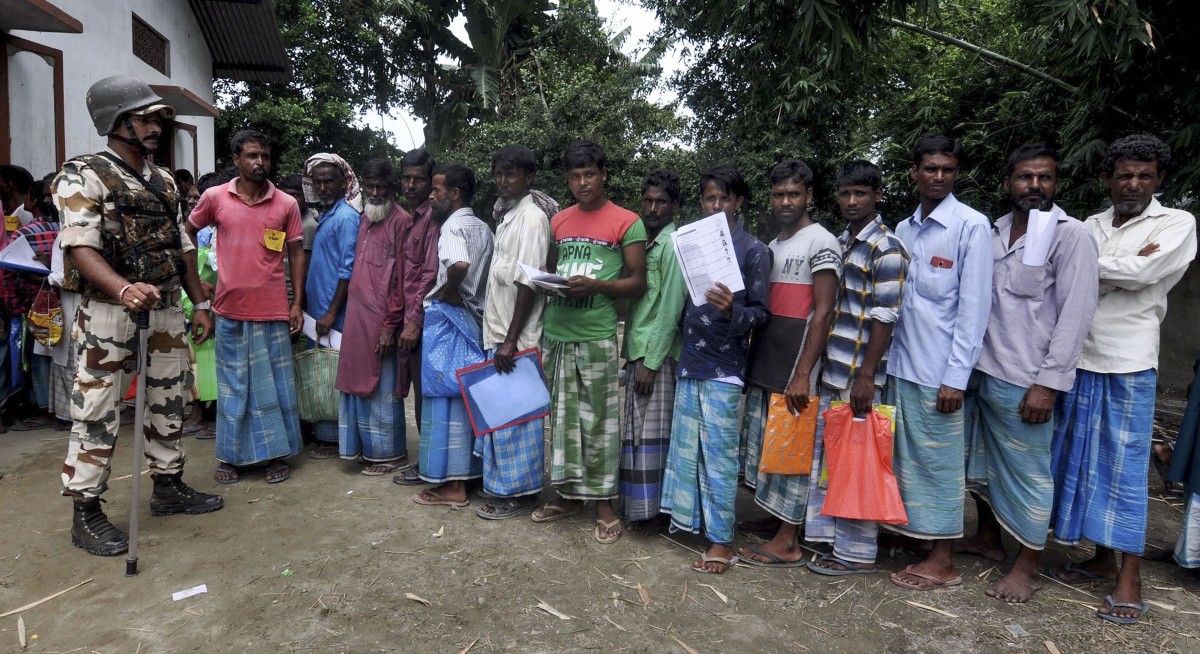 When officials asked family members to sign the documents to lay claim to Dulal’s body, they refused. They were aware that, by accepting a deceased foreigner, the family was accepting its own (and the deceased’s) foreigner status. The family refused to comply with the tricky norms of citizenship that the law had thrust upon them. By designating Dulal as an “illegal foreigner”, the law robbed him of his moral and legal ties with his family. The family asked the law to claim Dulal’s body, as it had already laid total claim over his life, liberty and his non-human status.

Manvendra Pratap Singh, the deputy commissioner of Sonitpur district that Dulal was a resident of, and where his family currently lives, speaking to the Indian Express, aired his predicament: “He is not an Indian citizen. I cannot just authorise the cremation. The family has to accept him.”

Dulal’s deceased body was temporarily deprived of its moral ties with the family and its legal ties with the state. Even the dead, like the living, undergo a state of statelessness. Cremation is an act of ownership. Neither the state nor the family wanted to own Dulal. This is the madness that befalls any system that invents a territorial idea of human beings in the name of citizenship.

In the language of this law, the human is a documented creature. The meaning of a human being is premised upon legality. In fact, having documents alone do not count. They have to be attested and approved by the law. The law holds the supreme right of designating human beings as human. This is grave violence upon the idea of natural rights that human beings are born with.

This perversion is made possible by the demarcation of national boundaries, and the birth of the citizen. Those who lack citizenship documents are designated nonhumans by the state. This is precisely what makes the idea of humanity a territorial, rather than a natural or moral, concept.

Sonitpur superintendent of police, Kumar Sanjit Krishna, has said that Paul’s family relented after it was informed that only the courts could decide Dulal’s citizenship status, and accepted Dulal’s body for cremation. The law saved its skin by transferring its own moral responsibility onto the family. What occurred is a grave divorce between (pending) legality and morality, and a division of ownership. The state owns your life (in detention), while the family owns your death.

The nature of Dulal’s labour as a resident of Dhekiajuli in Sonitpur district, finds no mention in the reports. But this is a crucial aspect. A man’s identity as a noncitizen is completely insulated from his years of labour before he was rendered stateless. Isn’t his labour part of his identity? Isn’t this labour, part (and proof) of his belonging? Has labour no bearing on citizenship rights? Once a man loses citizenship status, his years of labour become inessential to his fate?

Dulal’s family had earlier claimed that he was “mentally unstable”. Imagine the mental condition of people walled inside the socially (and legally) quarantined spaces of detention centres. Doesn’t such partitioning of lives affect the mental stability of the sane and insane alike? The medical condition of people who died in detention centres must surely include this fact.

In Sadat Hasan Manto’s famous short story, Toba Tek Singh, the lunatic dies on the nameless piece of land between two partitioned nations. In contrast, Dulal was rendered stateless by the laws of a nation. It is through lunatics and mentally unstable people that we come to understand the madness of borders, and the discriminations that feed into its logic.

Is there no way to imagine the world, without in-humanising people who find themselves on the wrong side of borders (and history)? Instead, the nation still remains prone to entertain the unstable idea of Partition that lingers and expands today within its territory.

M​a​​nash Firaq Bhattacharjee is the author of Looking for the Nation: Towards Another Idea of India, published by Speaking Tiger Books (August 2018).