One of the major contradictions in Rubabuddin Shaikh’s statement was that Tulsiram Prajapati, also allegedly killed in a fake encounter later in 2006, had told him that Sohrabuddin was killed in front of him in Gujarat in 2005. 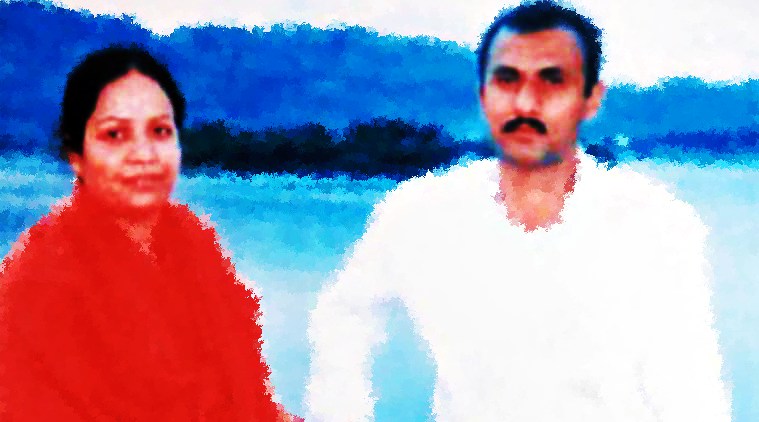 Mumbai: It took multiple summons and warrants by the special Central Bureau of Investigation court and nearly a year of waiting to finally get 46-year-old Rubabuddin Shaikh, complainant and brother of Sohrabuddin Shaikh, to appear before the court and have his statement recorded. And when he appeared, his day-long deposition was full of drama, including several contradictions in his statements.

Rubabuddin’s brother Sohrabuddin was killed in an alleged staged encounter in 2005.

One of the major contradictions in Rubabuddin’s statement was that Tulsiram Prajapati, also allegedly killed in a fake encounter later in 2006, had told him that Sohrabuddin was killed in front of him in Gujarat in 2005. Rubabuddin has made this claim for the first time in 13 years.

Rubabuddin’s statements, recorded by the Gujarat state CID three times and once before the CBI, had claimed that Prajapati had met him post Sohrabuddin’s death and told him that Sohrabuddin and his wife Kausar Bi were taken away to Ahmedabad, while he was separately taken away to Rajasthan. At Ahmedabad, Sohrabuddin was killed in an alleged staged encounter on November 26, 2005, according to the CBI. The CBI’s case is built on the statements of Rubabuddin and other eyewitnesses, and circumstantial evidence. Sohrabuddin and Prajapati were close associates.

But when Rubabuddin appeared before the court on November 17, he said, “Tulsi (Tulsiram Prajapati) ne mujhe bataya ki mere bhai ko uske aankhon ke saamne maara gaya tha (Tulsi told me that my brother was killed in front of his eyes).”

When the prosecution asked him why this crucial piece of information did not reflect in his statement recorded by the investigating agency, he said, “Mujhe nahi pata. Maine toh bataya tha, lekin CBI ne galat kiya hai (I do not know. I had informed the CBI, but they did something wrong).”

This sudden change in statement will have a serious bearing on the CBI’s case, confirmed a senior officer who has been privy to the investigation.

In fact, Rubabuddin’s deposition contradicts his brother Nayamuddin’s statement before the court last month, where he had claimed that the CBI had “planted Tulsiram” in the abduction story and that he was not present with Sohrabuddin and Kausar Bi in the bus. Nayamuddin had accompanied Rubabuddin yesterday to the court.

Rubabuddin is the 208th witness to have deposed before the court. Over 60% of witnesses in the case, including the most crucial eyewitnesses, have turned hostile so far. Besides a few investigating officers and Prajapati’s mother Narmada Bai, most statements have been recorded already. The trial is at its fag end and is most likely to be concluded in the next two months.

Rubabuddin frequently became emotional while narrating the sequence of events and his journey for justice over the past 13 years. He told the court that it is not an easy thing to recall all that he and his family has gone through ever since his elder brother was killed in the fake encounter. At one point, when special CBI prosecutor B.P. Raju termed the killing an “encounter death”, Rubabuddin was prompt to correct him. “Aap mere bhai ki maut ko encounter nahi bula sakte. Unki maut fake encounter main hui thi, naaki police ke encounter main (You can’t term my brother’s killing as simply an encounter. He was killed in a fake encounter and not in a police encounter).”

He also told the court that his sister-in-law, Kausar Bi, was allegedly raped before she went missing. “Aaj tak nahi pata mere bhabhi ko kaha le gaye hai (Till date it is not clear where they took my sister-in-law),” he told the court.

According to Rubabuddin’s earlier statements, Prajapati, who was lodged at Udaipur central prison, had met him soon after Sohrabuddin’s death and had expressed his fear of being killed in a similar “staged encounter”. Rubabuddin claimed to have received two blank papers from Prajapati with his signatures on them. He claimed that Prajapati had handed him these papers in the hope that he would appeal to the National Human Rights Commission and high court judges to save Prajapati’s life. However, he had not forwarded the letters.

When the prosecution asked Rubabuddin if Prajapati had told him the reason why he was spared in the encounter, he said, “Usne kaha main Hindu hoon. Police ki Laskhar-e-Tayabba waali theory fail ho jaati, agar mujhe bhi saath mai maar dete (He told me, ‘I am a Hindu. If the police were to kill me along with Sohrabuddin, their theory of him being Lashkar-e-Tayabba fugitive would have failed).” The Gujarat police has claimed that Sohrabuddin was a Lashkar-e-Tayabba fugitive.

Another crucial point on which Rubabuddin changed his statement was about having met Azam Khan, a key witness in the trial. Earlier this month, Khan had deposed as a prosecution witness in the case. “I have never met Azam Khan. The CBI officer has mentioned some meeting between me and Azam Khan. I could not understand what was written in my statement about Rs 50 lakh sought to withdraw my petition,” Rubabuddin told the court.

However, in his statement in 2010, he had claimed that mid 2009, Khan had come to meet his younger brother Nayamuddin at his residence in Madhya Pradesh and had allegedly said that Abhay Chudasama, DCP, Ahmedabad had asked him to withdraw the petition filed in the Supreme Court. He had further claimed that Chudasama had promised Rs 50 lakh if the brothers withdrew the petition. Nayamuddin had apparently declined the offer and had refused to withdraw the petition at any cost. The statement had claimed that Nayamuddin’s decision had infuriated Chudasama and he had threatened Nayamuddin of dire consequences. “He (Khan) also told Nayamuddin that Amitbhai (Amit Shah) was very angry with us and he can get us eliminated in Madhya Pradesh itself as the government in MP was of their party only,” Rubabuddin’s statement from 2010 to the CBI claims.

Both Chudasama, a Gujarat police officer, and Amit Shah, then home minister Gujarat, were earlier named as prime accused in the case. But they were later discharged. Rubabuddin had moved the Bombay high court against this discharge order, but soon after, in November 2015, withdrew his plea.

Throughout his deposition, Rubabuddin showed reluctance to continue and interrupted the court proceedings several times. Rubabuddin’s lawyer Gautam Tiwari had informed the court right at the start that his client was diabetic and that he would need frequent breaks.

Rubabuddin, during his deposition, said he was feeling anxious and was unable to recall his statement. The court had to take a break and call for a doctor. Only after the doctor checked his blood pressure and pulse, and said that he was fit to depose, did the court resume the deposition.

However, around 3 pm, Rubabuddin again stopped and told the court that he was feeling sleepy and needed to rest. He was sent to a wooden bench towards the back of the court, where he slept for nearly 40 minutes. When he returned, he apologised to the court and continued with his deposition.