“Tumchi laayki faktha clerk bannyachi aahe (People like you can only be clerks),” a witnesses reportedly heard the accused telling Tadvi. 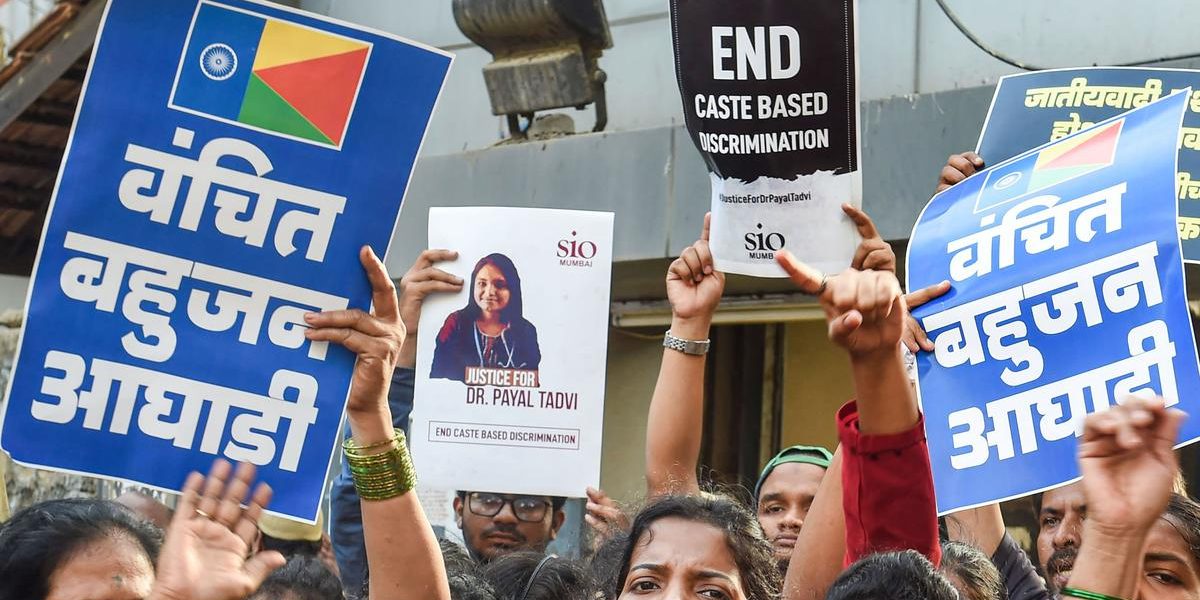 Mumbai: Stories of prolonged torture, humiliation and blatant discrimination have surfaced in the statements of the colleagues of 26-year old Dr Payal Tadvi, who was allegedly pushed by three senior doctors to end her life on May 22.

Tadvi, a doctor belonging to the Bhil (of the Tadvi sub-caste) tribal community was allegedly tortured for over a year by three senior doctors – Hema Ahuja, Bhakti Mehare and Ankita Khandelwal – who hurled casteist slurs at her and kept her away from important jobs. All three accused are in jail and have moved the Bombay high court for bail.

In a 1,203-page chargesheet filed by the Mumbai police crime branch on July 23, exactly two months after second year postgraduate medical student Tadvi was found hanging from the ceiling of her hostel room at BYL Nair General Hospital, Snehal Shinde, her close friend and also a key witness in the case, has given a detailed account of Tadvi’s hardships.

Shinde, who had spoken to Tadvi only an hour before she died by suicide, has narrated how she was yelled at in the operation theatre just a few hours before. “My last call with Payal was around 4 pm. She told me about an incident that took place in the operation theatre only a few hours ago. The three seniors had yelled at her in front of other colleagues. According to me, this incident pushed to her take her life,” Shinde’s statement, which The Wire has accessed, states.

Also read: The Closed Doors of Caste in India

Shinde was one of the last people Tadvi spoke to, besides her mother Abeda Tadvi (at 3:39 pm) and one of the accused, Ahuja (4:51 pm). Minutes later, Tadvi is believed to have killed herself. Shinde, in her statement, has mentioned that Abeda called her to talk about how Tadvi was stressed. Abeda also said that she was soon leaving Jalgaon, Tadvi’s hometown, to come see her daughter in Mumbai.

Shinde further goes on to narrate another incident on May 20, two days before Tadvi’s death, where Tadvi was abruptly moved out of the antenatal care (ANC) unit to a postnatal care (PNC) unit. According to Shinde’s statement, the ANC is where senior students are usually posted. “The accused persons had removed her from the ANC and moved her into a PNC unit. PNC unit is where junior students are posted. The three accused had also replaced Tadvi with a junior student called Anurupa,” Shinde said in her statement.

This, according to Shinde, was done to further humiliate her. “This incident affected her a lot. She felt humiliated. The three doctors did not leave a single opportunity to harass her,” Shinde’s statement says.

The police have recorded statements of over 160 witnesses including Tadvi’s colleagues and other staff members at the hospital. At least three staff members have testified to have heard the three accused bully Tadvi and use casteist slurs against her. “Tumchi laayki faktha clerk bannyachi aahe (People like you can only be clerks),” one of the witnesses claim to have heard the accused taunt Tadvi.

Another witness, who was a roommate of one of the accused persons, has told the police that she had warned them against torturing Tadvi. “Don’t harass someone so much that they are pushed to kill themselves,” the witness had allegedly told the accused.

At the time of the bail hearing before the special sessions court, the defence lawyers had tried to blame Salman, Tadvi’s husband and also a doctor, for her death. The defence had tried to imply that Tadvi could have had marital discord which could have pushed her to kill herself. However, Shinde rubbished that claim and said that Tadvi was close to her husband and her family members. “She had full support from her family and husband. She had no stress in her personal life. Her husband took good care of her,” Shinde’s statement claims.

Tadvi was one of the first doctors from her community, which is listed under the Scheduled Tribe category. She had endured the discrimination for a very long time before she killed herself. On May 13, her family had complained against the three accused to Dr Yi Ching Ling, head of the obstetrics-gynaecology department. Dr Ling, in her statement, has claimed that she had reprimanded the three female doctors. But according to a witness statement, Tadvi’s torture had only increased since the complaint.

A few weeks before the incident, Tadvi was barred from entering the operation theatre, a witness has claimed. The suicide note that the police procured from Tadvi’s mobile phone mentions several incidents and names the accused persons.

The forensic report attached to the chargesheet has confirmed that the handwriting on the note matches Tadvi’s. Several other independent witnesses have also confirmed this. The police claim that the note has been destroyed by the accused, who were also the first persons to have entered her room and had informed the hospital staff about the incident.

Thebluedawn.org offers resources to those from oppressed castes and minority communities who may need mental health counselling.