The Madhya Pradesh police have shown undue alacrity in acting against social media critics of the BJP. 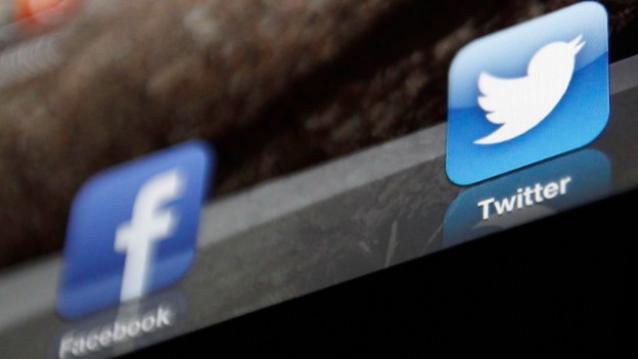 A 19-year-old student, Abhishek Mishra – who describes himself as an RTI activist – was arrested by the Madhya Pradesh police for social media posts, which attacked prime minister Narendra Modi and the state’s chief minister, Shivraj Singh Chouhan, on the issue of demonetisation, the Hindustan Times reported today.

Mishra, a resident of north MP’s Chhatarpur, claims to be a critic of the Sangh Parivar and has been posting critical comments against Modi and other BJP leaders “in order to spread awareness among people.”

According to newspaper reports, he was first detained on November 11 and then arrested by the cyber cell of Bhopal police the next day from a privately-run hostel. While his arrest was kept a secret by the Bhopal police, the news leaked when he was bailed out on November 13 only after the police deleted most of his posts.

“He has 16,000 followers and after his ‘controversial posts’ were deleted the number of his tweets on his Twitter page read 45,” said the report.

The police filed a FIR against him under the section 469 of the Indian Penal Code (forgery for harming reputation) and 66C of the Information Technology Act, 2000 (identity theft).

Ravikant Dehariya, a cyber cell official, told the Hindustan Times, “Abhishek was involved in posting offensive comments and posts against the chief minister and other important dignitaries. He was also running a website. We arrested him, deleted all the posts from his Facebook and also blocked his website.”

According to Mishra’s defence counsel, Ajay Mishra, he was arrested for posting a newspaper clipping which showed the police had seized money from a BJP’s leader car in Hoshangabad district. However, police have charged him for  fraudulently replacing the BJP leader’s photo with that of the chief minister, Chouhan.

The cyber cell has seized Mishra’s laptop, dongle, mobile phone and other gadgets until the case is over.

While it is widely known that propaganda material, based on lies and misinformation, circulate on social media platforms, the MP government has been acting against those who have posted critical comments against BJP and its leaders on social media of late.

The Hindustan Times had reported  earlier that a member of the Bharatiya Janata Party (BJP) minority cell in Morena district was arrested on November 25, “for allegedly posting a morphed photograph of Prime Minister Narendra Modi wearing a garland of shoes on a Whatsapp group.”

The 25-year-old, Aslam Khan, had allegedly shared the morphed picture of a group which comprised BJP activists. This had led to a huge hue and cry, with some members of the group eventually lodging a complaint about the matter to police.

Yadav, however, could not clarify whether Aslam was the one who morphed the picture or was only circulating it.

Yadav said that Aslam, who runs a mobile repair shop in Banmore, was booked under section 505 (2) of the IPC, related to inciting a community or class to commit a crime. He also said that Aslam was unhappy with the demonetisation move.

According to the report, Aslam’s arrest was the eighth such instance of “the state police arresting people for circulating derogatory material on the social media in the last 11 months.”

The Wire had earlier reported that on November 14, P. Narhari, Indore’s district collector unprecedentedly invoked Section 144 of the Code of Criminal Procedure and made it a criminal offence “to post any objectionable and inflammatory posts on social media or mobile messaging applications about the Modi government’s decision to withdraw Rs 500 and Rs 1,000 notes.”

According to the order, these so-called objectionable social media posts could have the potential to harm or damage “human life and public property”. Most internet rights organisations objected to such blanket ban on social media posts and found it politically-partisan and illogical to equate criticism of demonetisation and inciting violence.