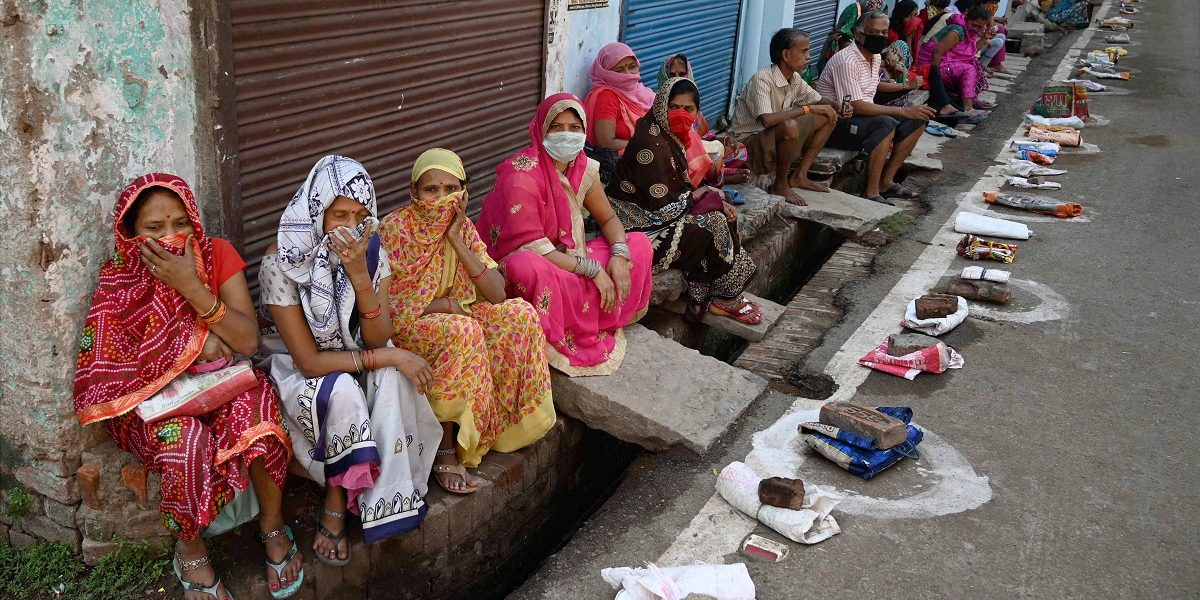 People wait in a queue to collect free ration from a government store in Prayagraj, May 1, 2020. Photo: PTI

New Delhi: Despite the Delhi high court’s recent direction urging the Delhi government to ensure that all fair price shops operated during working hours and distributed public distribution system (PDS) grains, a survey has revealed that only 62% are functioning and only half of them are distributing grains. Following the survey, the Delhi Rozi Roti Adhikar Abhiyan has written to chief minister Arvind Kejriwal about the findings and the shortcomings and urged him to set up facilitation desks at all ration shops.

In the letter, food rights campaigners, including Anjali Bhardwaj, Annie Raja, Dipa Sinha and Amrita Johri, wrote that the high court on April 27 gave important directions to ensure food security during the ongoing crisis due to COVID-19.

‘Provide food grains to all, irrespective of ration cards’

“Among other issues, the court directed that the government should ‘ensure that food grains are distributed to the poor, needy and marginalized non-PDS residents’,” it reminded the CM. Therefore, the Abhiyan said, food grains must be provided to everyone who needs it, irrespective of whether they have a ration card or not.

The Abhiyan said it has been suggesting a simple mechanism for providing rations to those who do not have ration cards by marking a designated fingernail with indelible ink (as in elections) to prevent anyone from taking rations more than once.

However, it added, “if the Delhi government wishes to use the e-coupons system, it must be ensured that it is extremely easy to use and there is no pre-determined quota which restricts number of beneficiaries.” It also demanded that the system of issuing e-coupons to those without ration cards must be expanded in terms of its coverage by removing the cap of 30 lakh persons.

Further, the Abhiyan said, to enable and facilitate inclusion, the e-coupon system should also be available in offline mode. “Currently, applying for an e-coupon requires a person to have access to a working smart phone with a valid sim and the ability to navigate an online application procedure which requires an OTP. In addition, the system requires an applicant to upload the photo of their aadhaar card and of all members of the household. This puts the system out of reach for the poorest and the most marginalised who are surviving extremely precariously and urgently require rations,” it argued.

The NGO also demanded that the government set up facilitation desks at all rations shops, non-PDS foodgrain distribution centres (schools) and circle offices of the food department to help people get e-coupons. “Ground reports confirm that many people without ration cards and e-coupons reach ration shops, schools or government offices but are turned away and not provided foodgrains,” it pointed out.

The group also urged Kejriwal to ensure that “all hunger helplines and grievance helplines set up by the government must also assist people in applying for and accessing e-coupons.” 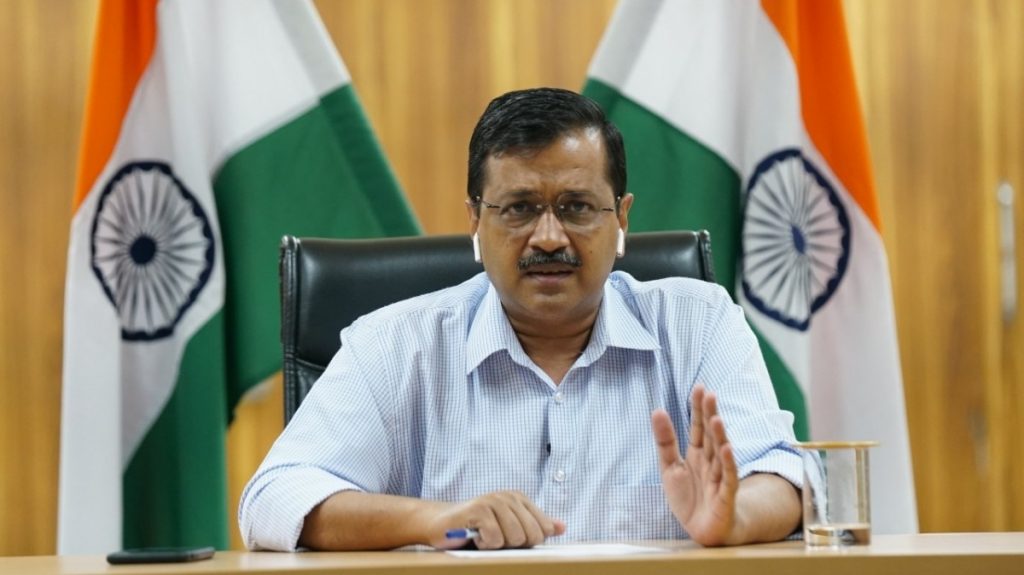 Only 30% of all ration shops are distributing grains

The Abhiyan also released a fact-finding report on the situation at Fair Price Shops after the HC order. Members of the Abhiyan visited 48 ration shops along with ration cardholders on April 29 and 30 to check how they were functioning. Overall, it said, there were 2028 ration shops in the city which are supposed to play a crucial role, especially when lakhs of people are running out of food and are on the brink of starvation due to COVID-19.

Of the 48 shops the team visited, the Abhiyan said 18 (38%) were found closed during working hours. Of these, nine were shut on both the days of the survey.

Of the remaining 30 shops, 15 were open and found to be distributing grains and the other 15 claimed that they were either awaiting the arrival of the additional kits to start distribution of ration or were waiting for the food department officials to open sale for the month.

What is the entitlement

Under the National Food Security Act (NFSA), the Abhiyan said 37% of the population of Delhi or 71.3 lakh people out of the 1.93 crore population have been issued ration cards. For the month of May 2020, the ration cardholders are entitled to 10 kg of food grains per person and one kit per ration card containing 1 litre refined oil, 1 kg chole, 1 kg salt, 1 kg sugar, masalas and two bars of soap on every priority category ration card.

Similarly, for Antyodaya (AAY) category ration cards, the entitlement is of 35 kg food grains per card along with an additional quota of 5 kg foodgrains per person and one kit per ration card containing 1 litre refined oil, 1 kg chole, 1 kg salt, 1 kg sugar, masalas and 2 bars of soap.

All this ration is supposed to be provided free of cost. Also, as per the announcement by the Central government on March 26, 1 kg dal per family was to be provided to ration cardholders free of cost for three months but it has reached the ration shops as there were quality issues over moisture content in the dal.

Full rations not being distributed

The Abhiyan survey also revealed that rations were not being distributed fully. It said of the 15 shops which were open and distributing grains, only 13 were found to be distributing the additional kit containing oil, chole, sugar, salt, soap and masalas; while one shop in Munirka was distributing less than the stipulated quantity of foodgrains on priority category ration cards.

The display of mandatory information was also not up to the mark. “In only 6 of the 48 shops visited, a notice board was found displaying the category-wise enhancement of entitlement and the fact that ration would be given free of cost. In the remaining shops, we could not locate any such notice,” the Abhiyan said.