Additionally, in the absence of any public transportation and due to imposition of the curfew, it is difficult for many to access the food being provided at shelters.

A woman walks along a near-empty street during a lockdown amid a coronavirus disease (COVID-19) outbreak in New Delhi, March 25, 2020. Photo: Reuters/Adnan Abidi

New Delhi: The poor and destitute daily wage labourers in Delhi, who have lost their source of livelihood due to the lockdown imposed to prevent the spread of the coronavirus, are now staring at uncertainty as they don’t know where their next meal will come from. Several food rights activists have pointed out that while the Delhi government is providing meals at 234 night shelters, it is clearly not enough for the thousands who are now facing the prospect of hunger.

Food rights campaigner Anjali Bhardwaj of Delhi Rozi Roti Adhikar Abhiyan, who tweeted a video of hundreds lined up outside the night shelter near Nigambodh Ghat for lunch this afternoon, said the situation is alarming.

Bhardwaj said most people landing up at these shelters are homeless or do not have any money or both. “Many of them are also daily wagers who have not been able to earn anything over the past week or so and their meagre savings appear to have run out. Also, you mostly find men in these places, which raises the question as to what women and children among poor families must be enduring,” she said.

The rights activist said that in the absence of any public transportation and due to the imposition of the curfew, it is difficult for many poor people to access the food being provided at these shelters. “After all, they can only walk so far,” Bhardwaj said.

Delhi yet to formulate policy on resumption of mid-day meals

Bhardwaj also said the Delhi government is yet to announce a policy for providing mid-day meals to school children. The service, which was being provided either at schools or anganwadis, had been discontinued some time ago.

“The Supreme Court took suo motu cognisance of the issue and directed all states on March 18 to formulate a policy. But while some states like Kerala have started providing meals to children at their homes, the Delhi government is yet to come out with a policy,” she said.

Kejriwal urges people to provide food to needy near their homes

Meanwhile, Delhi chief minister Arvind Kejriwal on Wednesday reiterated his appeal to people to assist the government in arranging for food for the poor. “Please be responsible, ensure no one in your colony or street goes hungry. This is our duty to society and a true act of patriotism,” he said. 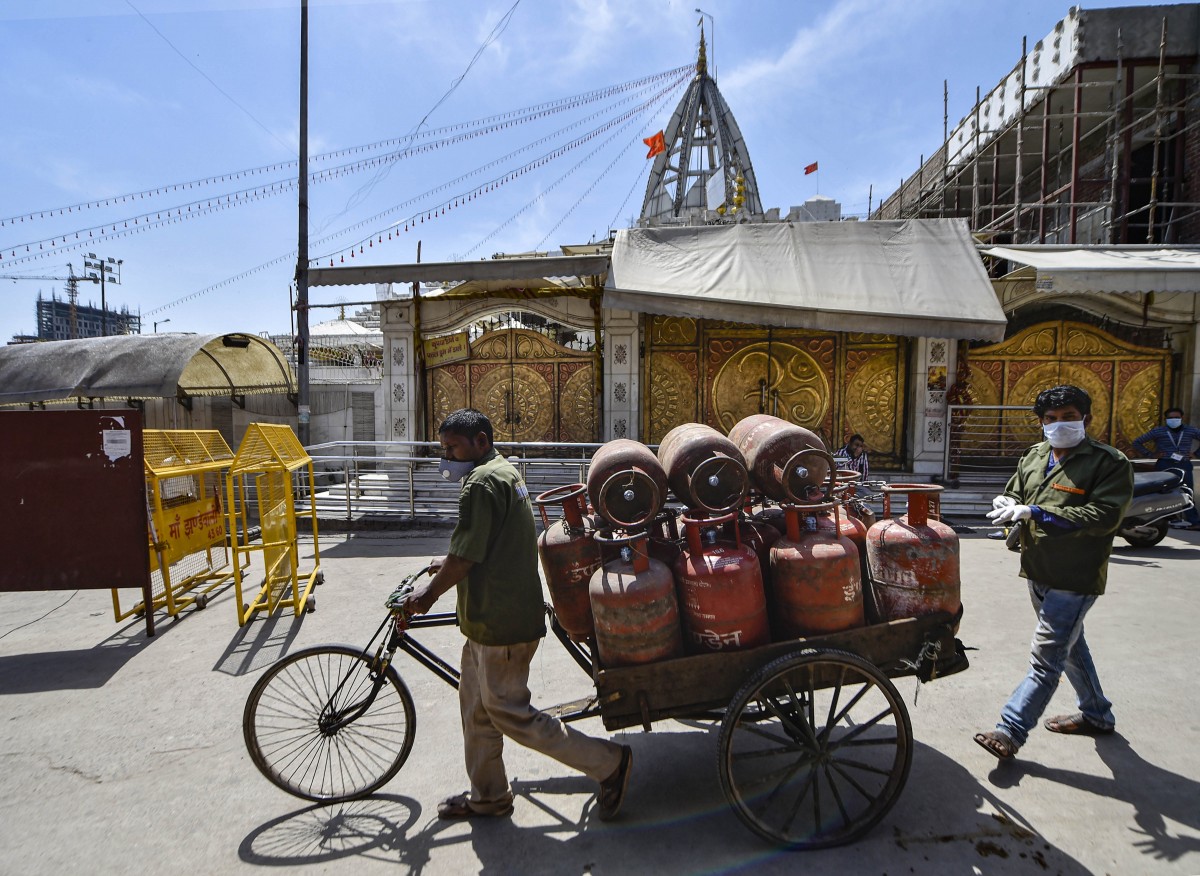 Kejriwal said his government has increased the number of spots across the city where free food for the poor would be made available. “We have arranged for food for poor in our night shelters, free ration for 72 lakh beneficiaries, increased pension rates under widow, elderly and physically disabled schemes. However, there are a lot of people who fall outside the ambit of many schemes. We also know that people are more in number. We are increasing the number of spots where free food has been provided,” he said.

Also read: In Photos: The Poor Set Off on Foot, to UP and Bihar, as Lockdown Makes Delhi a Ghost City

However, the Delhi Rozi Roti Adhikar Abhiyan has urged the CM to take more steps for ensuring food security. In a letter to Kejriwal, the group called for several “emergency measures” to ensure access to food and prevent starvation deaths in the city during the unprecedented 21-day lockdown.

It said people in the unorganised sector who have been rendered unemployed and penniless, have no access to money and food. “While some have gone back to their villages during the last few days, tens of thousands of them still remain in the city. They need help urgently,” the Abhiyan said.

Lauding the decision of the Delhi government to enhance the food entitlement of priority category ration cardholders by 50% and provide ration free of cost to all ration cardholders; double social security pensions; and provide food at night shelters, the group said, “much more needs to be done”.

‘Provide cooked food to all poor at anganwadis, government schools’

The Abhiyan said the government should ensure adequate access to nutritious cooked food at all anganwadis and government schools besides the night shelters. It also said that cooking oil, pulses and soap be distributed through public distribution system; distribution of commodities under the National Food Security (NFSA) should be universalised to cover everyone as at present only 40% of Delhi’s population (around 72 lakh of 1.93 crore people) has been issued ration cards.

It also urged the continuation of mid-day meal scheme and formulation of a policy in this regard; continuation of nutrition schemes for children up to 5 years of age and pregnant and lactating women under the Supplementary Nutrition Programme (SNP); and advance release of the full amount of maternity entitlements under the NFSA and PMMVY. Under this scheme, pregnant women are entitled to Rs. 6,000 as maternity entitlement in three tranches.