'We'll Be Back to Where We Started – On the Roads': Fear Prevails as Delhi Slum Eviction Looms

The people who live in the 48,000 jhuggis around the 140-km length of the railway tracks in New Delhi will soon be homeless. 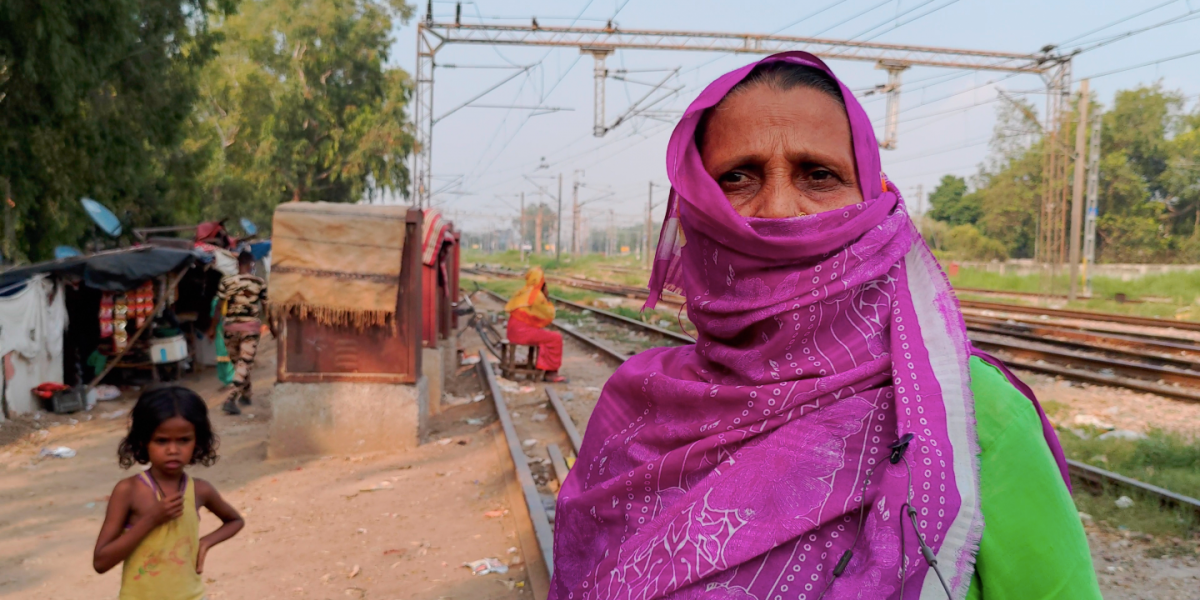 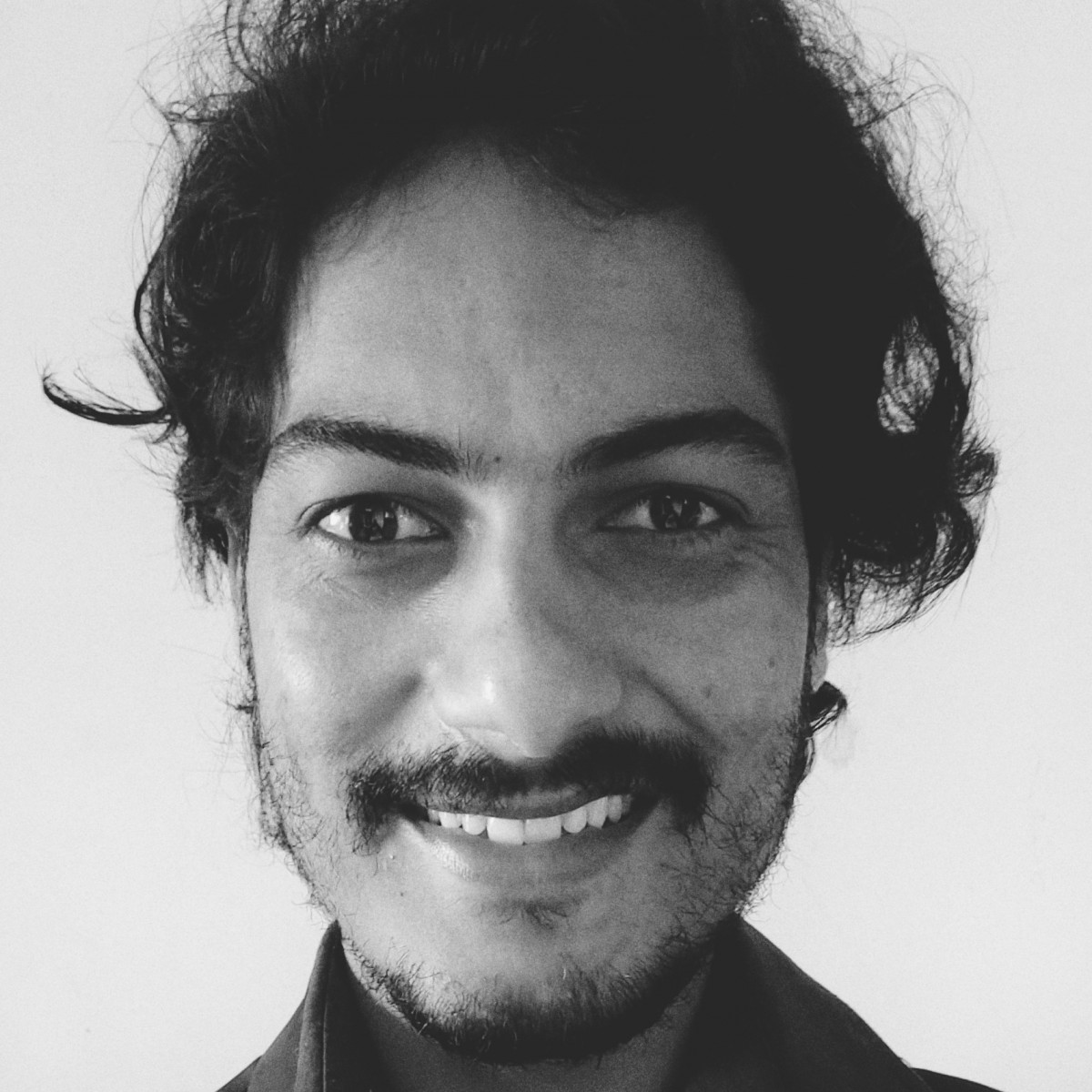 New Delhi: Every 15 minutes, a train thunders down the tracks adjacent to the 200 houses of the residents of Shiv Basti, Rama Road. Above their heads, at about a 45-degree angle from the roofs of their houses, is the ceaseless traffic on the Shadipur flyover. Opposite the slum stands the Delhi Metro’s Kirti Nagar station and across the railway tracks is the large building that holds the Delhi Milk Scheme.

Hemmed in from all sides, these makeshift homes belong to migrants from one of India’s poorest states, Bihar. The women here work as housemaids in the big homes in nearby Patel Nagar and the men are either daily-wage labourers or rickshaw pullers.

On August 31, the Supreme Court ordered the removal of the jhuggis (huts) adjacent to Delhi’s railway tracks. “The encroachments which are there in the safety zones should be removed within a period of three months and no interference, political or otherwise, should be there and no Court shall grant any stay with respect to removal of the encroachments in the area in question (sic),” the apex court ordered.

This means that the people who live in the 48,000 jhuggis around the 140-km length of the railway tracks in New Delhi will be homeless.

The residents of Shiv Basti have been through this before. In 2008-09, when the Delhi Metro Blue Line was initiated, their jhuggis were demolished to make way for the commuter line. So they shifted en masse to another site adjacent to the metro line, where they live now.

But now, though the slum dwellers were granted brief reprieve on September 14, when the Central government informed the Supreme Court that the slums near the railway track in Delhi would not be immediately removed and that they needed four weeks for the Indian Railways and the Ministry of Housing and Urban Affairs to discuss the issue and find a solution, there seems to be no option to homelessness. 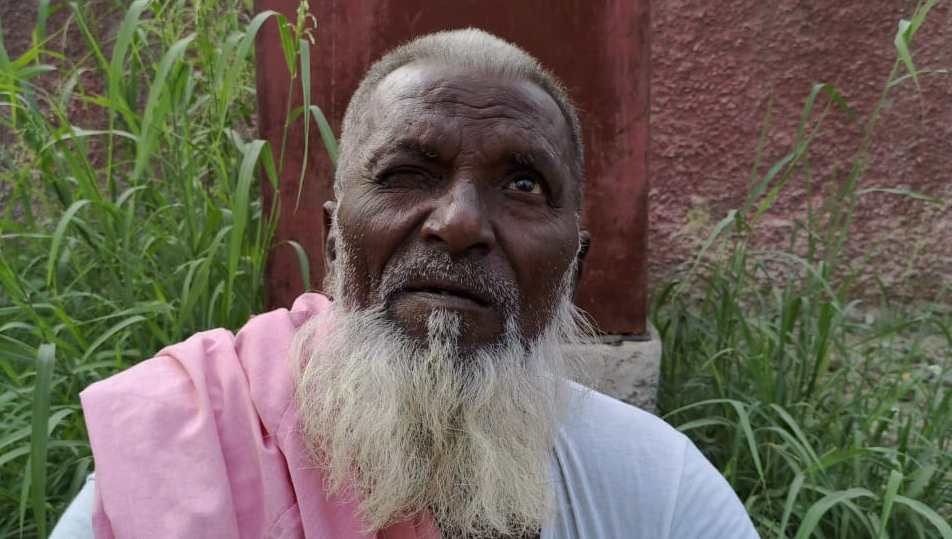 An elderly man from Shiv Basti.

This is why 60-year-old Noor Jahan asks Prime Minister Narendra Modi to either give her a place to stay or kill her. “I left Bihar 35 years ago,” said Noor Jahan “Where will I go if my aashiyana (home) is demolished?”

“I came here a month after Indiraji (Indira Gandhi) was assassinated,” said Mohammad Mandal. “More than three decades passed and I have always been here. Now the government has ordered for our houses to be evacuated. We will be back to where we started: on the roads.”

Once, the people who live in Shiv Basti were promised pakka homes. “We heard we would be given houses under the Indira Awaas Yojana. But the houses were given to those who already had houses,” said Mandal.

Launched in 1985, the Indira Awaas Yojana was made an independent scheme with effect from January 1, 1996. The then government at the Centre called it its flagship programme for the eradication of poverty.

The famous ‘Garibi Hatao’ (remove poverty) slogan was part of this scheme, as well as Indira Gandhi’s 1971 election campaign, which sought to provide the “dignity of an address” to the poor by giving them houses.

Also read: Forced Evictions Are Unjust. Here’s Why They Should Concern us Even More Now.

Prime Minister Narendra Modi never fails to mock this campaign. He calls ‘garibi hatao’ a “token slogan”. His government in 2015 renamed it the Pradhan Mantri Gramin Awaas Yojana. “We have dreamt that once India reaches its 75th year of Independence, all Indians should own a house,” Narendra Modi had said.

Most of the residents of Shiv Basti are originally from the rural areas of Bihar. So are they categorised as urban poor or as rural poor? Which ministry is responsible for their well-being? Does any government housing scheme apply to them?

There appear to be no answers to these questions. The Ministry of Rural Affairs, for instance is not responsible for creating housing in Delhi. It has constructed houses in 34 places around the country for the rural poor, but none in Delhi. 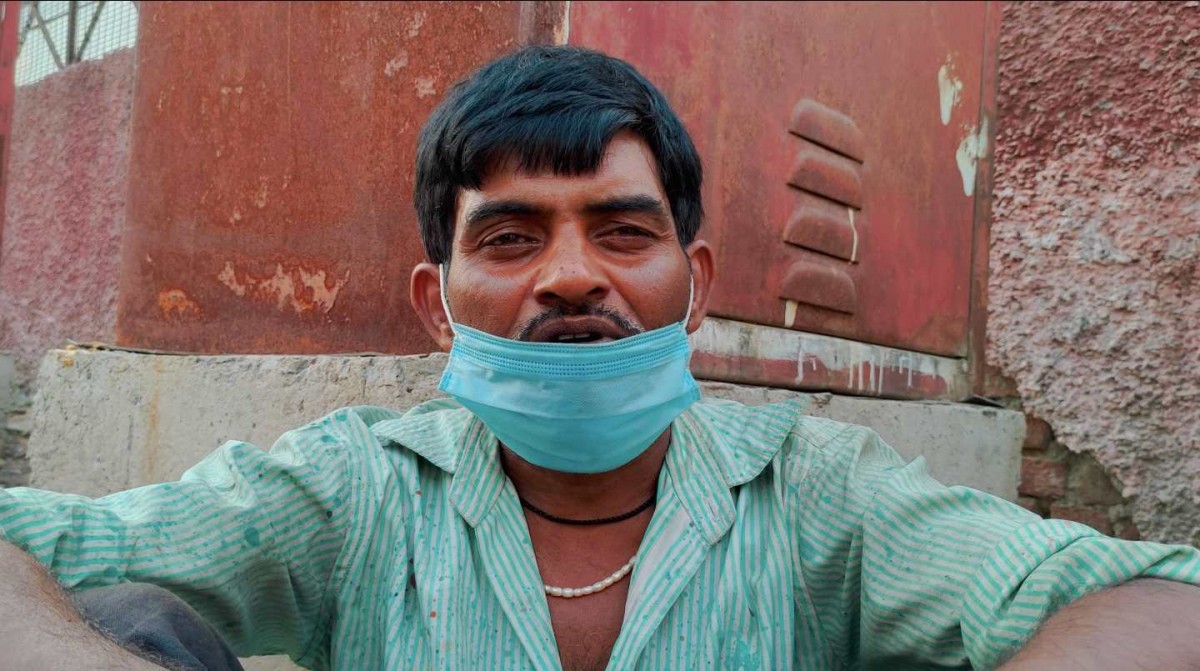 Could the residents of Shiv Basti perhaps return to Bihar? But even in their home state, there would be no homes for them: 32,85,574 houses were to have been constructed by now, but only 12,44,030 have been completed so far.

In Delhi, the Housing For All scheme that was launched in 2015 to provide affordable housing to the urban poor was to construct 20 million houses by March 31, 2022. In December 2019, the Ministry of Housing and Urban Affairs reported that 6.4 lakh houses had been sanctioned. However, there is no information available on the name of the entity in which these houses were sanctioned and who the beneficiaries will be.

The residents of Shiv Basti are cynical. These houses were promised on paper and they will be erected on paper, they say. These houses have nothing to do with real life. 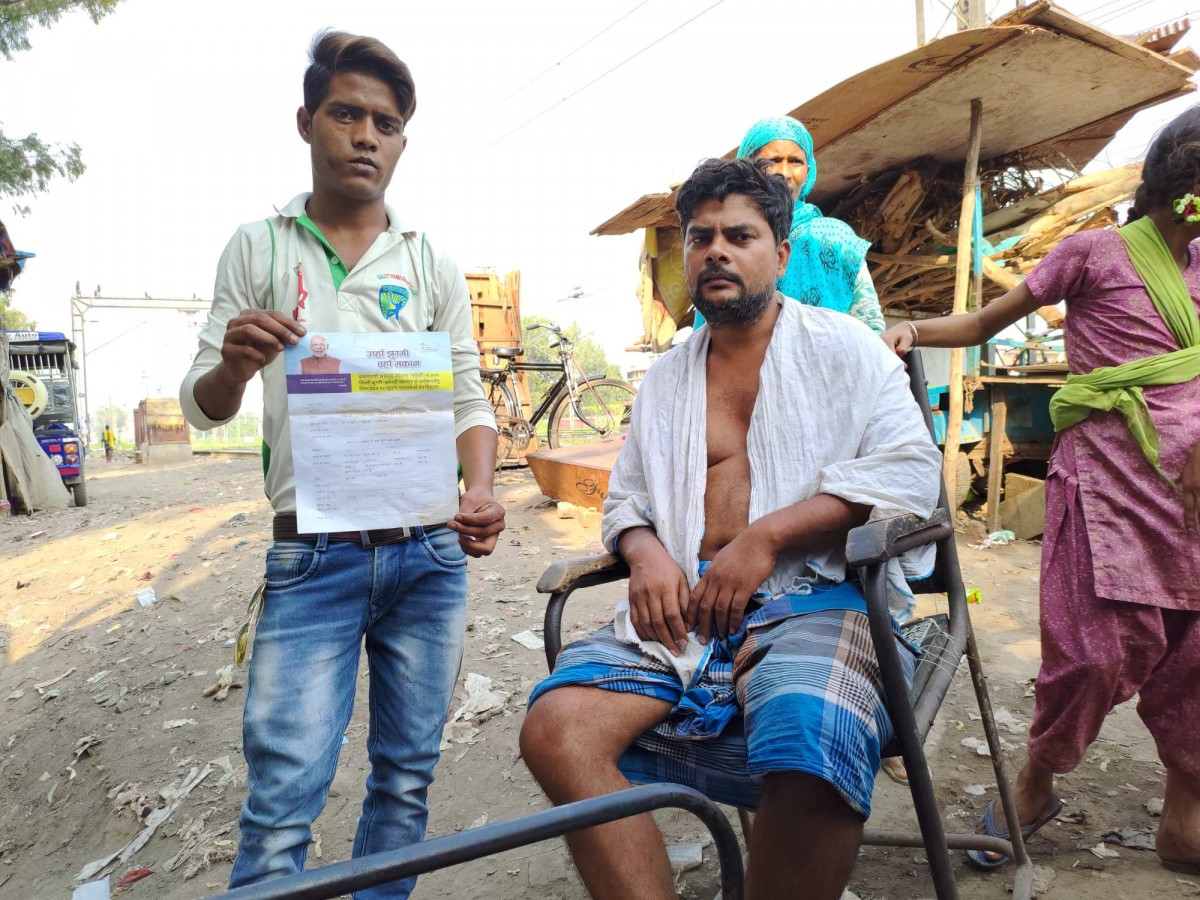 “The Aam Aadmi Party and the Bharatiya Janata Party promised they would give us houses exactly where our slums are. The famous campaign, ‘Jahan Jhuggi Wahin Makan (where there is a hut, there will be a house)’ echoes in our ears now when we are on the brink of losing our jhuggis,” said Mohammad Salman (34) and Billu alias Govinda (24).

“If I am left with no shelter, my family and I, and other families too, will be forced to ask for charity. Given my age, no one will give me alms.” Salman pointed towards the flyover and said, “Many people like me will be left with no option but to climb the Shadipur flyover and jump in front of a moving train.”

Govinda showed me the election manifestoes of the two political parties and called them “liars”. Small children began to abuse Delhi chief minister Arvind Kejriwal and Modi. Govinda asked them to keep their mouths shut.

“Where will we take our children?” said Prakash. “I could vacate my jhuggi if I was first given another place to stay.” 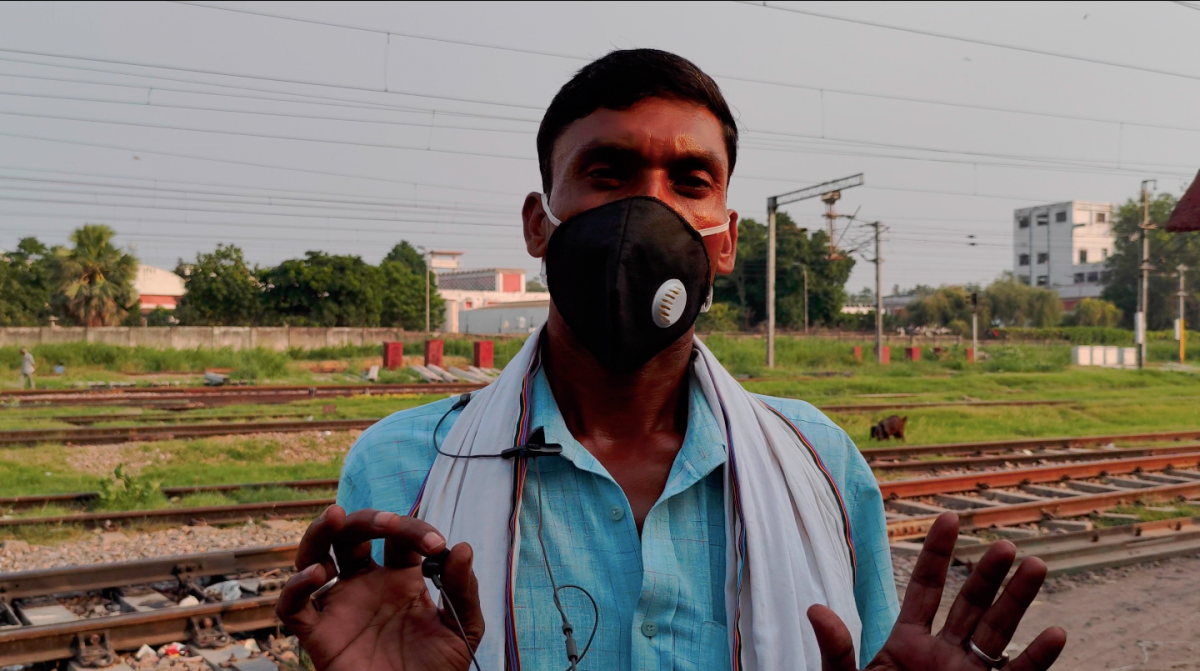 “No politician ever visited us. All they did was give us high hopes and hollow promises,” said Dashrath.

Dashrath used to take care of the railway tracks. He would walk kilometres to check that the tracks were secure. “People travelled safely home in the trains that ran on these tracks and I, like many others here, will be left with no home,” he said. “I took care of the government’s property.The government now tears our property down.”

Not only are their homes in danger, but so is the future of the children who grow up in these slums.

“Without a home, how will we study? I want to concentrate on my studies, but without a home and with the school closed because of the pandemic, I will have to discontinue my studies,” said Priti, a Class 10 student. “The government is doing us more harm than good,” she added. 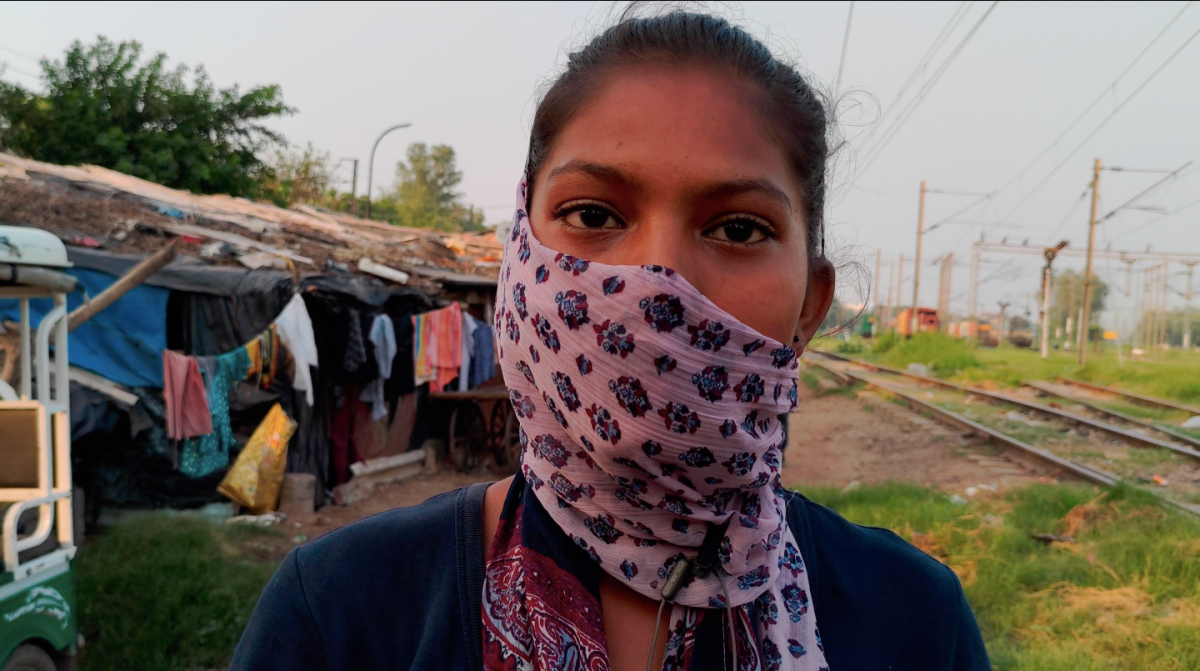 In the 2019 Ministry of Housing and Urban Affairs’ ‘Urban Transformation Through Housing For All’ report, Modi was quoted as saying, “Once a house of four walls surrounds you and a roof is over your head, your dreams are revitalised and you start doing new things.”

Priti stands by the track. An engine thunders past, horn blowing.  She covers her ears so her eardrums don’t shatter. She can’t prevent her dreams from being shattered, though.

Locked in on all sides and with the Supreme Court’s order lurking in the background, the residents of Shiv Basti, Rama Road, face a dead end wherever they turn.

All images by Amir Malik.

Amir Malik is an independent journalist. He tweets at @_amirmalik.