Apoorvanand's questioning is a continuation of the Delhi Police's insistence with scant evidence that the violence was fostered by activists and students who were protesting the Citizenship (Amendment) Act. 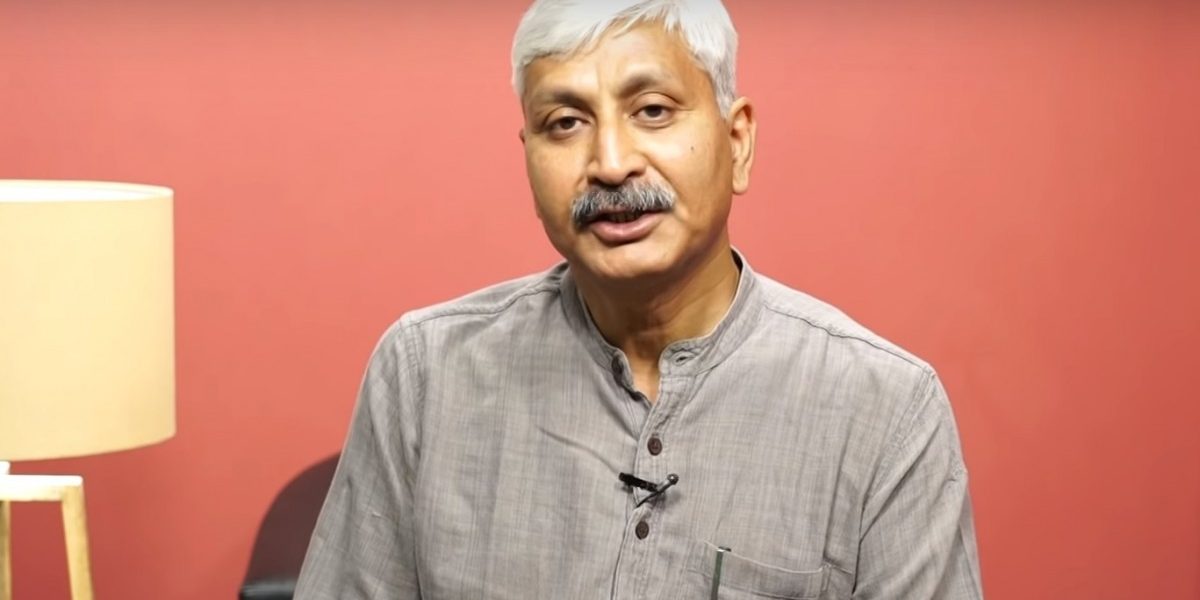 New Delhi: Delhi university professor, and prolific political commentator, Apoorvanand was put through a five-hour-long session of questioning by the Special Cell of the Delhi Police on Monday. He was summoned earlier to appear at the Lodhi Road office of the Special Cell in connection with a case related to the Delhi riots that resulted in the deaths of 53 people in February this year.

In a statement that he released on Tuesday morning, Aproorvanand said, “On Monday, August 3, 2020, I was asked by the Special Cell, Delhi Police, to appear before it in the investigation into FIR no 59/20 related to the violence that happened in north-east Delhi in February, 2020. I spent five hours there.”

He added that the Delhi police “considered it necessary” to seize his phone after the questioning.

“While cooperating and respecting the right of police authorities to conduct a full, fair and thorough investigation, one can only hope that the probe would focus on the real instigators and perpetrators of the violence against a peaceful citizens’ protest and the people of Northeast Delhi,” he said.

The Delhi University professor, a regular contributor to The Wire, said that while the ongoing investigation of Delhi riots “should not lead to further harassment and victimization of the protestors and their supporters, who asserted their democratic rights through constitutional means, while stating their dissent to the passage of the Citizenship Amendment Act, 2019 (CAA) and the decision of the GOI to operationalise the National Population Register (NPR) and the National register of Citizens (NRC), all over the country.”

He said it was “disturbing to see a theory emerging which treats the supporters of the protestors as the source of violence.”

“I would urge the police and expect their probe to be thorough, just and fair so that truth prevails,” said Apoorvanand.

In May, he wrote an op-ed in The Wire, saying the Delhi Police’s theory that anti-CAA protesters had “conspired to unleash violence in north-east Delhi” was handed down to them by its “political masters”.

“The investigative agencies have developed this plot into a story, found characters to the scripted role and are trying to persuade the courts and public at large about its truthfulness. But even in these times, a sessions court retained the ability to see the plot and admonished the police that its probe was being done in a one-sided manner.”

Other intellectuals, activists likely to be summoned

The Wire has learnt that more intellectuals and social activists who have been stridently critical of the Narendra Modi government are expected to be summoned by the Special Cell. The Delhi police team is particularly probing the role of those who had been members of a WhatsApp group called Delhi Protests Support Group (DPSG). Apoorvanand was also a part of the group.

At the same time, it has gone easy on BJP leaders and Hindutva activists like former MLA Kapil Mishra and Union minister Anurag Thakur who gave inflammatory speeches against those who had been sitting in peaceful dharnas for over two months against the contention CAA and the proposed nationwide NRC.

The DPSG was formed in the last week of December as a voluntary support group for pan-India anti-CAA protests. The group has more than 100 members, including filmmakers Rahul Roy and Saba Dewan, political activists Kavita Krishnan, Yogendra Yadav and Annie Raja, and social activists Harsh Mander, Gautam Mody, N.D. Jayaprakash, Anjali Bhardwaj, Nadeem Khan and many others.

Ever since the riots in the national capital, the Delhi police have peddled the theory that the violence was a “deep-rooted conspiracy” by activists who had supported the anti-CAA-NRC protests – which were primarily led by Muslim women across the country – while negating the impact of provocative tactics used by the Hindutva activists to a large extent.

Founding members of the Pinjra Tod group, Natasha Narwal and Devangana Kalita, former JNU student Umar Khalid and United Against Hate activist Khalid Saifi, Ishrat Jahan and multiple Jamia Millia Islamia students like Safoora Zargar have already been booked under the Unlawful Activities (Prevention) Act (UAPA). Khalid, too, was recently called in for questioning but has so far not been arrested.

The police documents have attempted to extrapolate debates in the DPSG to being conspiratorial and named some of the senior members of the group as planners of the violence. The Wire, in a detailed story on Monday, analysed police documents and DPSG chat transcripts to show how the police theory is largely unsubstantiated and lacks any concrete evidence.

Moreover, the Delhi police’s riot probe now appears to be strangely similar to the Bhima Koregaon case model, where the security agencies have booked activists and critics of the Union government under stringent charges but have not been able to produce any evidence against them yet.

This trend is perhaps what Apoorvanand calls “disturbing” in which activists who have professed anti-communalism throughout their lives are being held responsible for perpetuating communal violence in Delhi.