Despite Senior Officer's Nod, Delhi Police Refuses to Give Information About Riots

The police have denied The Wire's RTI request, arguing the information is ‘sensitive’. 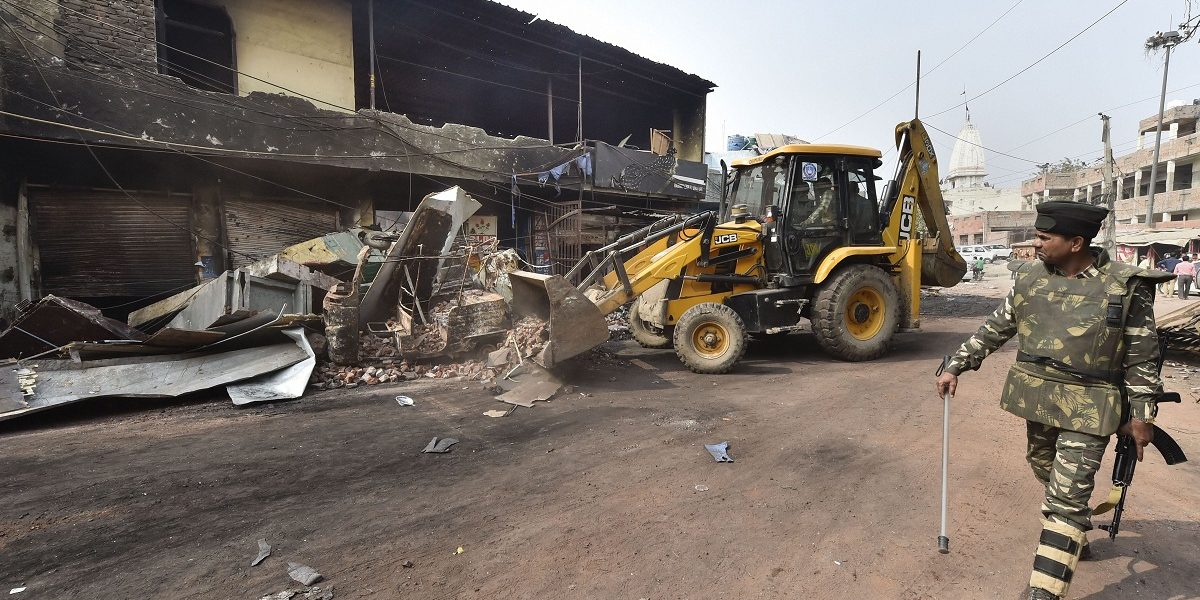 New Delhi: Defying the order of a senior officer, the Delhi Police has once again refused to furnish details of the Northeast Delhi riots, such as FIRs lodged in connection with the violence and the names of the accused, the dead and the injured.

Despite a senior police official giving the nod to make these details public, the police have refused to do so, arguing the information is ‘sensitive’.

The Delhi Police have recently filed several chargesheets in connection with the riots, including some where people who seemingly did not have anything to do with the violence have been named. In one chargesheet, the police have named the owner of Al-Hind Hospital, Dr M.A. Anwar, even though he was offering medical assistance to the injured during the riots.

Though some Hindutva activists have been arrested and charged, the police have been accused of ignoring the role of senior politicians and mainly targeting Muslims while making arrests, as well as apprehending the victims of violence instead of those who instigated the riots. Consequently, several students of Jamia Millia Islamia and Jawaharlal Nehru University (JNU) and members of civil society organisations have been arrested in the case.

Local residents, as well as mediapersons, social activists and security experts, who visited the riot-hit region claim that had the police acted in time, the riots could have been prevented.

One of the major reasons why such questions are being raised is that very basic information related to the riots, such as FIRs, the names of the accused, and other details, are not being made public. Some people have also been arrested at random and charged under the Unlawful Activities (Prevention) Act (UAPA).

In this regard, The Wire filed an RTI application seeking the details of decisions and action taken by the police during the riots. Questions asked by The Wire in the RTI application:

In addition, information regarding the names, addresses, and ages of all those who died or were injured during the riots was sought. The Wire also sought the names of policemen injured, their designation and types of injuries.

Initially, the Delhi police refused to disclose many crucial details pertaining to the Delhi riots, using sections that provide an exemption from disclosure of information under the RTI Act. They cited ‘endangering life of people’ as the reason for doing so.

Later, The Wire filed an appeal, taking cognizance of which, the first appellate officer ordered the police to provide point-wise information.

Also Read: Why Is the Police Stonewalling The Wire’s RTI Queries on the Delhi Violence?

However, instead of complying with the directives, the Delhi police have now taken cover under another section of the RTI Act to withhold information.

Earlier, Rizvi had cited Section 8(1) (g, j & h), but this time has added Section 8 (1) (a) as well. This section is related to national security and exempts disclosure of information which affects the unity and integrity of India, its security, strategic, scientific or economic interests and relationship with foreign countries.

Interestingly, nowhere in the RTI Act 2005 has the phrase ‘sensitive’ been defined nor has it been included or mentioned in any section. 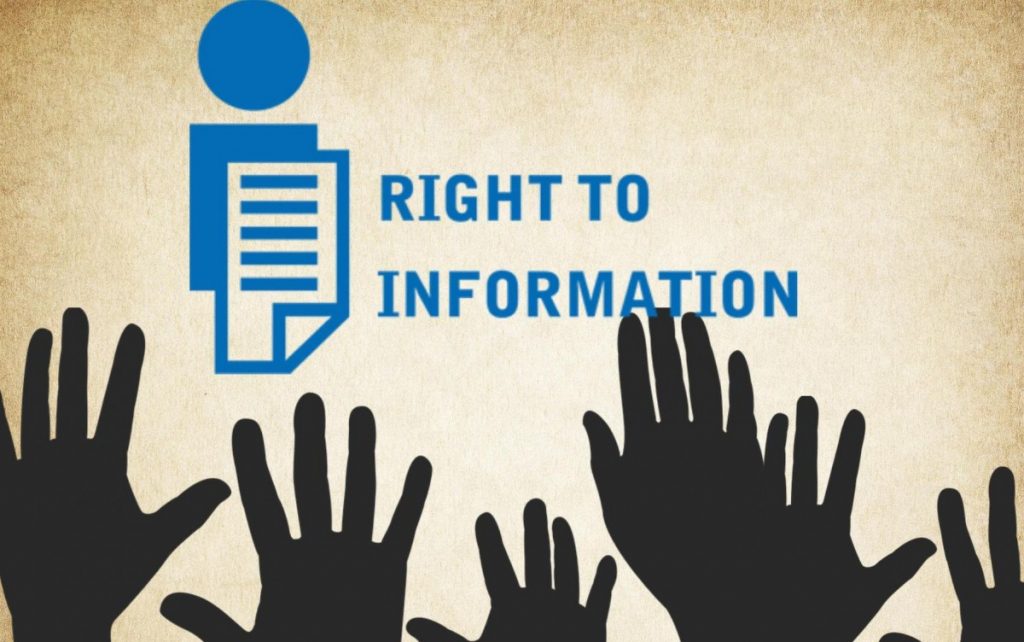 Well-known RTI activist and former central information commissioner (CIC) Shailesh Gandhi told The Wire that the Delhi Police’s response to the RTI is completely illegal. The CPIO has no authority to violate the directives of the first appellate officer, he said.

“If information was sought regarding India’s neighbouring countries or any other country in connection with India, the term ‘strategic’ could have been used as an argument. But it does not apply here. There is no mention of the word ‘sensitive’ anywhere in the RTI Act. Section 8(1) (a) refers to country and national security,” he said.

For such an “irresponsible reply”, the PIO should be fined, said Gandhi.

Yashwardhan Azad, who served in the Indian Police Service and is a former CIC, said since four months have passed since the riot, information cannot be withheld on the claim that it may obstruct the investigation or by calling the information ‘sensitive’.

“Before the RTI Act, such information was not made public owing to the belief that it was a sensitive matter and would reveal the identities of Hindus and Muslims involved, which could cause turmoil,” says Azad. “But under the RTI Act of 2005, such arguments are not acceptable.”

“On what basis is information about FIRs, arrests and the dead being denied? In the 21st century modern India, can the police cite national security under Section 8(1) (a) as an excuse?” asks Azad. “In a democracy, people have a right to know. This information should be offered to people, so that they may benefit from it and take lessons from it.”

Rizvi provided some of the information sought by The Wire. He said that a total of 993 persons have been arrested and 751 FIRs have been registered in the Delhi riots case. However, he refused to provide information regarding details of the FIRs and the arrested persons.

In his response dated June 11, 2020, Rizvi wrote, “As per report of all SHOs/ NED, total 993 persons have been arrested and 751 FIRs have been registered in respect of riots in this district. As regard details of both, the same cannot be provided in view of section 8 (1) (a, g, j & h) of RTI Act-2005 being very sensitive information.”

Such a response from the Delhi Police under the RTI Act is a violation of several Supreme Court judgments as well as orders given by the Central Information Commission.

An FIR is essentially a public document, but surprisingly, the police have refused to furnish details pertaining to it. Details about the dead and injured are also being withheld, even though several hospitals have already made the records public.

In the matter of Rajagopal vs Tamil Nadu, the Supreme Court had stated in its verdict in 1994 that private information stated in a public document like an FIR does not fall under the purview of privacy. The only exception provided was in an FIR which pertains to sexual exploitation or kidnapping, in which case the identity of the victim must be protected. The verdict was upheld by a nine-judge bench in the historic Puttaswamy judgment regarding the right to privacy.

Besides, the Supreme Court issued a crucial 2016 verdict in Youth Bar Association vs Government of India, which said that the information in an FIR should be uploaded to government websites.

Therefore, the Delhi Police’s refusal to provide information related to FIRs under the RTI is a violation of the apex court’s verdicts.

It is noteworthy that although Section 8(1) of the RTI Act provides exemptions to the disclosure of information, if the information being sought is in the wider public interest these exemptions cannot be enforced.

Section 8 (2) of the RTI Act says even if the information sought is within the scope of exemption, if “public interest is greater than protected interests”, the information must be disclosed.

As far as the details of the people who have been arrested and detained are concerned, the information should be made public under Section 41 C of CrPC anyway.

The Wire has filed a second appeal against the response of the public information officer to the RTI query.