The Delhi State Anganwadi Workers and Helpers Union said it will challenge the imposition of the Essential Services Management Act in the court, and will "temporarily suspend" the strike. 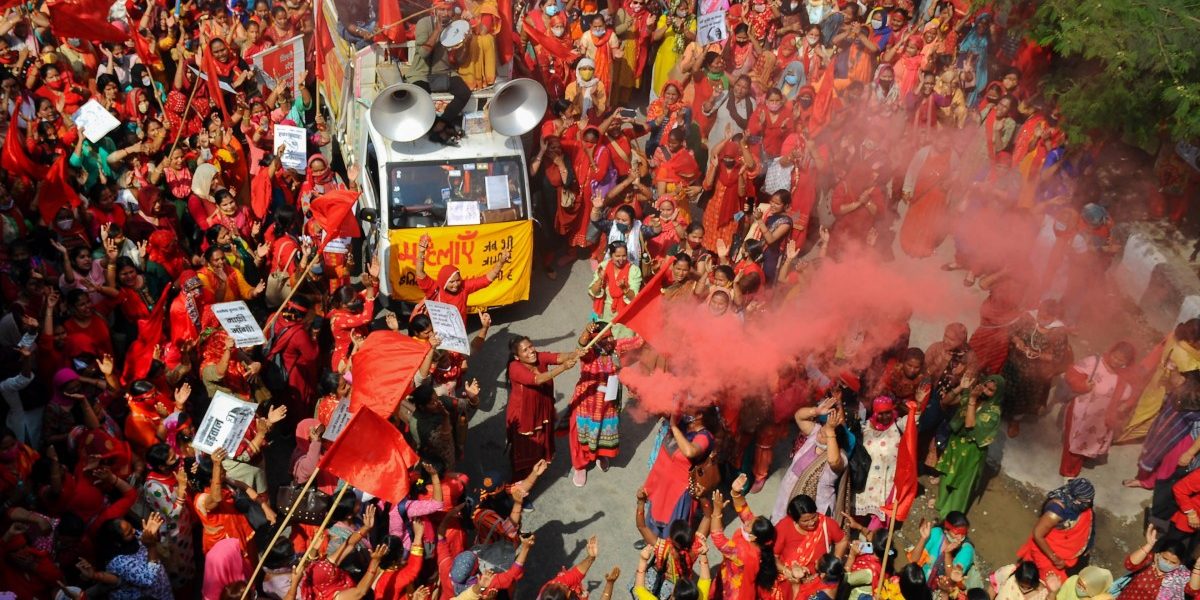 New Delhi: The lieutenant governor of Delhi, Anil Baijal, has imposed the Essential Services Maintenance Act (ESMA) against Anganwadi workers, who have been protesting in the national capital from January 1 demanding an increase in the honorarium among others. Their strike will be now deemed “illegal”, for Anganwadi services henceforth will be considered “essential” service.

While stating that Anganwadi workers will suspend the strike for the time being, the Delhi State Anganwadi Workers and Helpers Union (DSAWHU) questioned the rationale behind classifying the workers’ service as ‘essential service’. It said as Anganwadi workers are not government employees – but offer their services to the government on a voluntary basis – the imposition of ESMA is “illegal”.

The union said it will challenge the ESMA in the court, and said they will resume the strike in “three new forms” after suspending it briefly.

The notification from the LG read: “…the Lt Governor of the National Capital Territory of Delhi is satisfied that the services of supplementary Nutrition, Immunization, Health Checkup, Referral Services, non-formal pre-school education and Nutrition & Health Education provided by Anganwadi Workers and Anganwadi Helpers in Anganwadi Centres are essential services for the most vulnerable groups of the population including children up to 6 years of age, pregnant and lactating women of the National Capital Territory of Delhi and it is necessary and expedient to declare such services as essential services.”

Also read: Here’s Why Anganwadi Protesters in Delhi Insist Their Fight Will Go On

The ESMA prohibits any strike by Anganwadi workers for the next six months.

DSAWHU president Shivani told the Indian Express, “Despite their relentless efforts, the BJP government in the Centre and the AAP government of Delhi failed to sabotage the strike. Finally, it is in this panic that they have mutually agreed to put a six-month halt to this unprecedented and historic strike of Delhi’s Anganwadi workers using the ESMA with the help of the Lieutenant Governor.”

She added that ESMA can only be imposed on government employees. “But the government does not even give the status of a government employee to Anganwadi workers and helpers. It considers them as voluntary workers who work on honorariums. Then how can the honourable Lieutenant Governor of Delhi enforce ESMA here? Clearly, this step is completely unconstitutional and illegal,” she told the newspaper.

Second, Shivani said Anganwadi workers (22,000 in number) would boycott the BJP and AAP in the upcoming municipal elections in Delhi. Three, she said, “The Anganwadi workers will not allow the leaders of BJP and AAP to enter their respective areas for campaigning. They have no right to show their faces to us. They will be welcomed with garlands of shoes and slippers and with soot.”

The Anganwadi workers are demanding an increase in honorarium, respectable working hours and status as government employees.

Meanwhile, the LG, amid the strike, handed over the charge of the Women and Child Development Department (WCD) to transport minister Kailash Gahlot. Rajendra Pal Gautam was serving as the WCD minister. He will continue to hold the other charges. Gahlot also holds the charge of Law, Justice and Legislative Affairs, Revenue departments along with some other departments.