By exaggerating the role of colonialism in determining the politics of Assam, Professor Hiren Gohain negates the agency of the postcolonial subject. 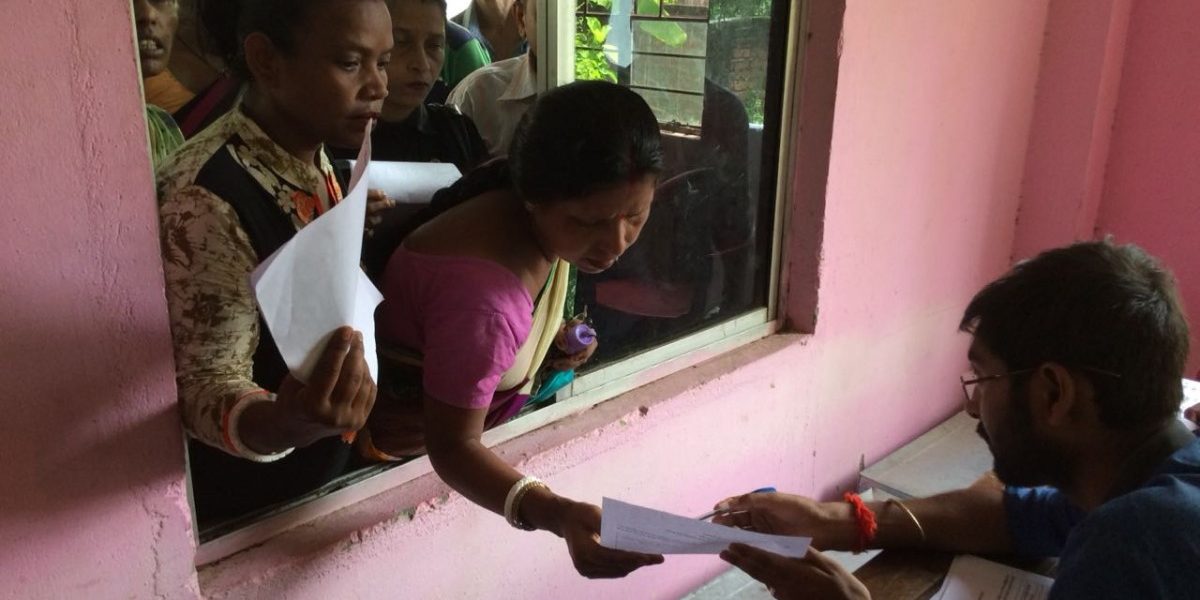 Philosophers have noted that escapism, whether in politics or academia, is possible when one denies the existence of something – like Donald Trump believing that there is no climate change.

None can deny the role of colonialism with respect to state formation in Assam and the consequent unfolding of antagonistic social relations – or the part played in the state’s politics by actors like the Rashtriya Swayamsevak Sangh (RSS). What we are instead suggesting is that, in a post-colonial setting, the primacy of the agency of the indigene, autochthones and tribal self is very much present in the nature of the state’s politics.

Scholars on ‘coloniality of power’ or ‘epestimicide’, such as Walter D. Mignolo and Ramon Grosfoguel, have stressed that power relations in a colony and consequently, in the post colonial reality, can be seen as a milieu and apparatus. At this point, it should also be noted that such a line of argumentation is not grounded in any Eurocentric epistemology but is a decolonised idea used by Latin American thinkers.

Using such a theoretical frame, therefore, helps in understanding that sympathisers of the National Register of Citizens (NRC) seek to keep the ‘other’ into the Assamese fold – a social contract, as Hiren Gohain notes – as long as they assimilate into the ‘local’. This essentially means that the ‘other’ will continue to remain subordinate in a postcolonial milieu.

Professor Gohain seems to extend his unwavering support to the NRC process, which carries real implications for many people living in Assam. The recent suicide of 45-year-old Bhaben Das in Udalguri district, after being declared a foreigner, speaks to the inhumanity herein.

Gohain muddles up the question of ‘agency’. This is executed in two stages through which the role of an external element is exaggerated to relegate the scope of the agency exercised by the Assamese leadership. He exaggerates the role of colonialism in determining the politics of Assam after Independence. Such a line of argument has inevitably led towards an extremely mechanistic interpretation of the postcolonial political trajectory of Assam.

In doing this, the agency of the postcolonial subject is negated. This is an intellectual ploy; by undermining the agency of the postcolonial subject, Gohain is also shifting responsibility of the excesses of the period to a residual colonial consciousness. This paves the way for acquitting the caste Hindu Assamese leadership of any charge of chauvinism.

Such an acquittal has been achieved by linking a chauvinist consciousness with economic disempowerment. But this is an untenable generalisation because economic dispossession could very well lead to the development of progressive forms of consciousness. It does strike Gohain that the chauvinism of the caste Hindu Assamese leadership is dictated by a feudal infrastructure, and not economic factors. He himself notes the following in the essay ‘Fall Out of Development’ :

“Backwardness alone does not explain the shocking and widespread violence against minorities… Since the 1960s, Assamese liberal middle-class culture has been undermined from within (emphasis ours) by a systematic infiltration of Fascist ideas and attitudes… “

A similar ploy is used regarding his interpretation of the excesses of the Assam Movement. He has deliberately chosen to misrepresent the history of the Assam Movement by overemphasising the role of the RSS.  It should not be overlooked that organisations like the Assam Sahitya Sabha – an active constituent of the movement – had been exhibiting similar chauvinistic tendencies long before the RSS had any considerable presence in the region.

However, inspite of discounting its scale of involvement, we would agree with professor Gohain regarding the collaborationist position of the RSS with the regionalist leadership. But such collaboration only confirms that the ideological underpinnings of the regional leadership were based on feudal-communal structures of power and consciousness.

Thus, the question of agency is used in an extremely opportunistic way – at the cost of historical misinterpretation. By undermining the agency exercised by the Assamese caste Hindu leadership, Gohain is acquitting the regional leadership with regard to a long record of postcolonial Assamese history that is blemished by chauvinism, xenophobia and violence.

Furthermore, he builds up a hierarchy between ‘national’ and ‘class’ questions, in which he prioritises the former. Thus, in his scheme of things, the class question in Assam could only be addressed after the national question has been resolved. But such logic betrays the social realities of Assam. Stalin has shown long ago how the emergence of nations takes place through the subsumption of backward social groups in them. 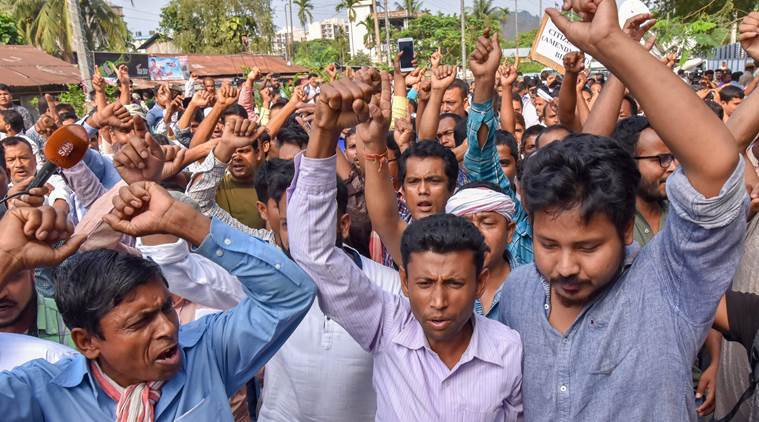 A protest against the Citizenship (Amendment) Bill 2016 in Guwahati. Credit: PTI

There is a multitude of social groups in Assam. Each group is at a different phase of development. With the advent of democracy and the welfare state – along with the penetration of capital – nationally-minded, modernising elites have emerged in almost all groups. The material privileges of such elite groups are crucially linked to their distinctiveness and they consequently articulate a politics of differentiation.

Thus, questions of nationality do not play out in a linear time space. Rather, national questions enter into multiple contestations in a singular, temporal-spatial frame. The national question consequently enters into an impasse and this is precisely what is happening in Assam.

In this situation, any Marxist theorising that relegates the class question to the resolution of the national question is either ignorant or is an attempt to legitimise middle-class identity politics. Professor Gohain seems to bear the latter inclination.

If the silence of the grave is understood as serenity, then one can harbour the delusion that citizens have a negotiable and democratic space where they can sit together to decide the intricacies of the NRC regime. Questioning the NRC may result in crossing the thin line between the de jure and de facto foreigner in Assam.

What is the history of the NRC? Did the British leave it as a secret gift – a can of worms leading to all the suicides, humiliation and anxiety today?

If colonialism was an encounter, so is the NRC.

The NRC as an encounter ensures domination and difference. It even given impetus to racist practices and creates legitimate frameworks for the state to differentiate people with.

It is not necessary that the unfolding of progressive forces in society share a reciprocal relationship with the national question. Moreover, democratic forms of mobilisation for the redressal of questions pertaining to relative deprivation are also possible without such exercises taking the route of chauvinism – or a process like the NRC.

Suraj Gogoi is a doctoral candidate in sociology at the National University of Singapore and tweets @char_chapori. Parag Jyoti Saikia is a doctoral student in anthropology at the University of North Carolina at Chapel Hill and his Twitter handle is @paragjsaikia. Gorky Chakraborty is with the Institute of Development Studies, Kolkata. Abhinav P. Borbora is a political commentator based in Guwahati.