Across Uttar Pradesh, cows roam freely and are starved, thanks largely to cow vigilantes. 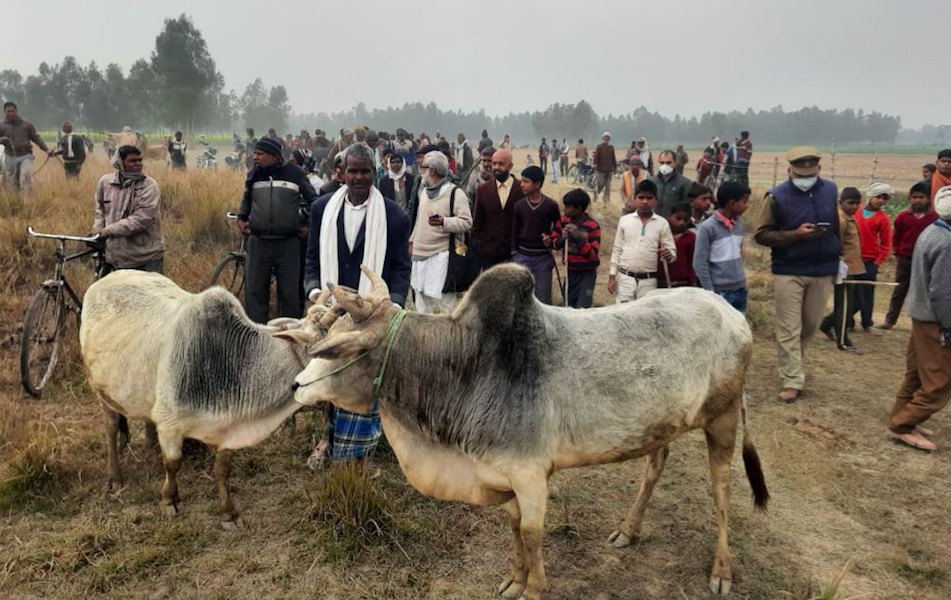 Number of mob lynching incidents took place, some resulting in loss of life for the victims, who happened to be mostly Muslims. Dalits too took the beating.

On the other hand, the aggressors hardly ever got punished. In fact, filing of FIRs against a victim or his relatives, in case of his death, became a common occurrence under the Bhartiya Janata Party rule.

As a result of this cow vigilantism, all sale and purchase of cows have came to a halt. When the farmer could not afford to feed an old cow, bullock or a male calf, they were thus set free. These stray cattle have become a menace in the villages. They graze at crops standing in the fields.

Earlier, villagers used to be similarly tormented by nilgai. But nilgai would run away upon seeing humans. The stray cattle which were earlier domesticated but now abandoned by villagers do not even run away upon shooing near them.

This has been a major cause of grief for farmers after the Adityanath government came to power in Uttar Pradesh.

How are villagers expected to pay the revenue for their crops which were eaten up by these cattle, a problem which was the creation of ruling party’s political agenda and government policy? There is a practice of locking up defaulters at Tehsil buildings and confiscating their property in case of an inability to pay revenue. Villagers have asked for a gaushala or cow shed in nearly every village. However, the government has not been able to meet this demand. At most it has announced the opening of some gaushalas.

Pictures of Adityanath can be seen in government funded advertisements, where he is feeding jaggery to cows. The BJP runs a high profile campaign on cow protection. However, the ground reality  is quite different.

About 70 km from Lucknow in Lalamau Mawai village of Hardoi district, villagers who were fed up with the freely roaming cattles decided to do something about this problem. They petitioned district authorities. Somebody from the veterinary office arrived to tag the cattle after the villagers had gathered 52 animals. The government official told them to take the cattle to two different cow sheds.

However, he made it clear that government did not have money to transport these animals.

A cow shed in Dhikunni was only a kilometre away but the other one located in Pawayan Bhagwantapur was located 15 km away. Nearly 35 villagers set out from their village on December 27, 2020, with 28 cattle towards the second cow shed.

By the time they reached with the cattle it was late. The villagers at Pawayan Bhagwantapur were agitated upon seeing the cattle. They said that the existing cow shed had fallen into disrepair in absence of government arrangements. Cattle initially housed there was now moving around freely. 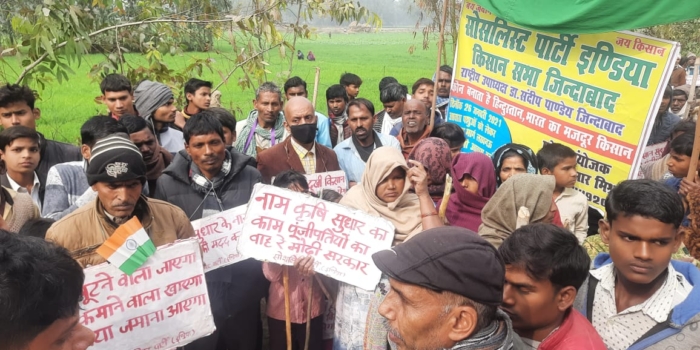 The Lalamau Mawai villagers were asked to take the cattle back. When the villagers tried to contact officials, the veterinary officer switched off his mobile phone. The Sub Divisional Magistrate said he did not know what the calls were about and asked the villagers to wait until the next morning. With the hosts not willing, the guests had no choice but to return to their village with the cattle.

On their way back, they ran into BJP member and cow vigilante Gyanendra Singh. Upon witnessing villagers moving with cows he assaulted them along with his colleagues. Even after he was informed that the entire exercise was being conducted with the consent of officials and he was made to talk to the police, he and his supporters continued beating up villagers. The animals ran helter skelter. The battered villagers went to the police station in Atrauli. Among the beaten were five Dalits. The police asked them to come back the following day as it was already night.

The villagers from Lalamau Mawai went to the police station on December 28 and were able to see the Station House Officer only in the evening. A complaint was given. In the days that followed, the villagers met the SDM, held a demonstration at the district headquarters on new year’s day and took out a procession from the village to the police station. But no FIR was registered.

As stray cattle roam around because of non-functional cow sheds, they are emaciated. These weakened animals are killed in road accidents. In cities, cattle often end up eating plastic bags from garbage dumps.

When cattle die of neglect, gau rakshaks almost never make their presence felt. These groups are only ever active when there is a chance to create an uproar over suspected transportation of beef or suspected cow slaughter. 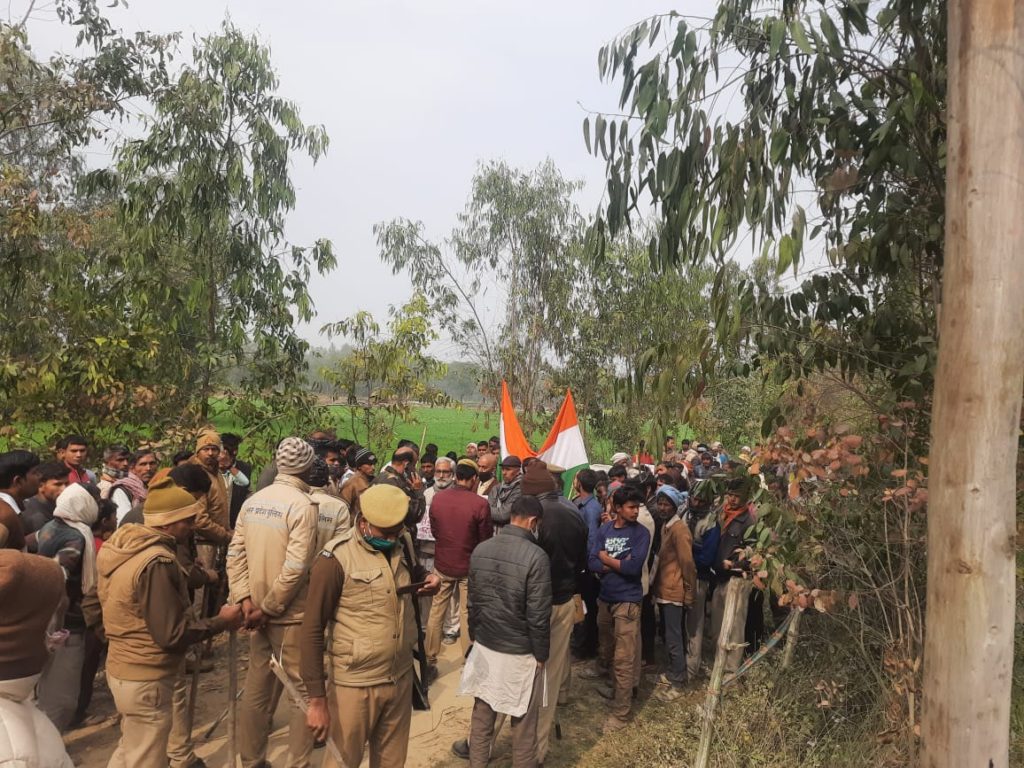 Large scale corruption has been reported in the setting up and management of gaushalas, contracts for which have reportedly been awarded to people and organisations close to BJP or the Rashtriya Swayamsewak Sangh.

Back to Lalamau Mawai. Villagers ultimately decided to take the stray cattle to the chief minister’s residence on Republic Day. A general call was given for this. Two marches, one from Miyaganj in Unnao district on January 25 and another from Lalamau Mawai in Hardoi district on January 26 were organised. The SDM and Circle Officer, respectively, of Hasanganj and Sandila, prevented the bovine parade from proceeding after a certain distance.

The cattle were sent to a gaushala and an FIR was registered against the BJP office bearer including sections under the SC/ST (Prevention of Atrocities) Act. The District Magistrate of Unnao has now issued a notice announcing that Gram Pradhans and Village Development Officers will henceforth be held accountable for any stray cattle in their Gram Sabhas.

Sandeep Pandey is vice-president of Socialist Party (India). Kushagra Kumar is a student in Lucknow.