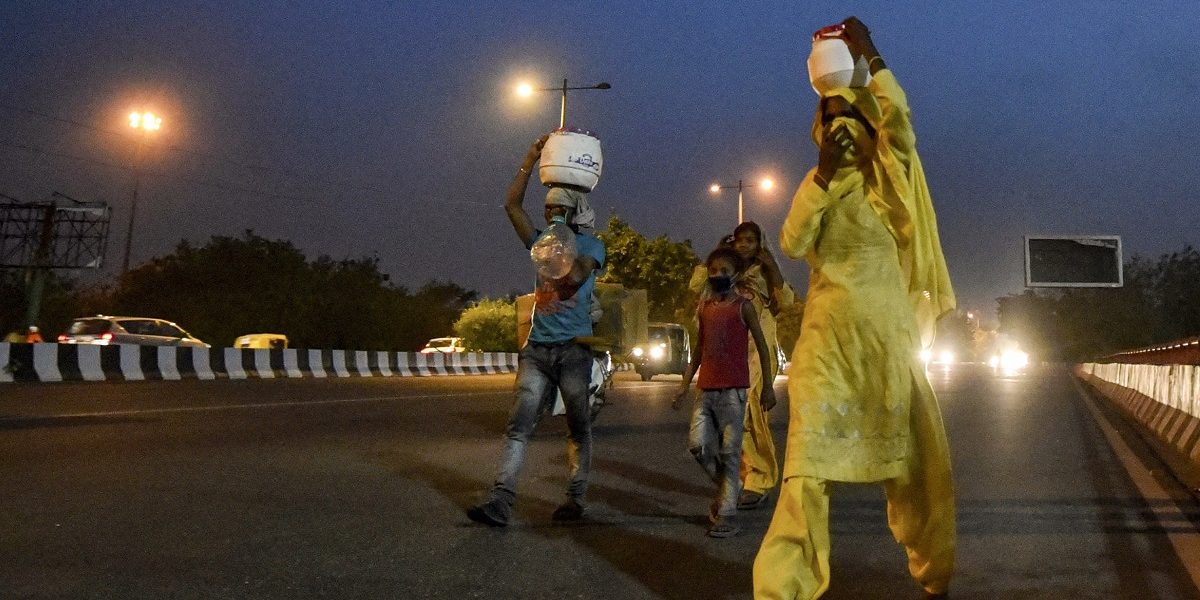 New Delhi: Oxfam’s annual report on inequalities across the world this year is focused on the coronavirus pandemic – and how it exacerbated existing inequalities of wealth, gender and education.

In India, the report says, the wealth of billionaires increased by 35% during the lockdown and by 90% since 2009. To put this in context, according to Oxfam, “It would take an unskilled worker 10,000 years to make what Mukesh Ambani made in an hour during the pandemic and 3 years to make what he made in a second… Data shows what Ambani earned during the pandemic would keep the 40 crore informal workers that are at risk of falling into poverty due to COVID-19 above the poverty line for at least 5 months,” the report said.

Titled ‘The Inequality Virus’, the Indian supplement of this year’s annual report finds that “India’s wealthiest people escaped the worst impact of the pandemic while majority of India suffered.” This, the NGO argues, is because despite implementing one of the earliest and stringiest COVID-19 lockdowns globally, the Indian government did not immediately spend to ensure the welfare of all those who were immediately losing their employment and livelihood.

Contrary to some references to the pandemic as “the great equaliser” – since it affected people in one way or another, irrespective of their socio-economic position, the Oxfam report points out the rich, on the whole, were able to escape the worst impacts on the virus. Billionaires such as Gautam Adani, Shiv Nadar, Cyrus Poonawalla, Uday Kotak, Azim Premji, Sunil Mittal, Radhakrishan Damani, Kumar Manglam Birla and Laxmi Mittal working in sectors like coal, oil, telecom, medicines, pharmaceuticals, education and retails increased their wealth exponentially since March 2020, the report notes. On the other hand, data has shown that 170,000 people lost their jobs every hour in the month of April 2020 alone.

The economically worst hit were India’s millions of migrant workers, who were seen walking hundreds of kilometres to their homes when the lockdown first hit. Reliant on their daily wages for survival and without immediate assurances from the government that they would not be left without any assistance, they felt there was no option for them but to walk or cycle home, since all transportation services had been halted.

Noting that the informal sector had been the worst hit, the report said out of a total 12.2 crore people who lost their jobs, 75%, which accounts for 9.2 crore jobs, were lost in the informal sector. “The mass exodus on foot triggered by the sudden lockdown and the inhuman beating, disinfection and quarantine conditions the informal workers were subjected to turned a health emergency into a humanitarian crisis,” it said.

“Over 300 informal workers died due to the lockdown, with reasons ranging from starvation, suicides, exhaustion, road and rail accidents, police brutality and denial of timely medical care. The National Human Rights Commission recorded over 2,582 cases of human rights violation as early as in the month of April 2020,” the report added.

On health inequalities, the report said only 6% of the poorest 20% have access to non-shared sources of improved sanitation, compared to 93.4% of the top 20%. It added that 59.6% of India’s population lives in a room or less.

The report said 1.7 crore women lost their job in April 2020 and unemployment for women rose by 15% from a pre-lockdown level.

Oxfam India CEO Amitabh Behar said if not addressed immediately, the crisis could worsen. “Extreme inequality is not inevitable, but a policy choice. The fight against inequality must be at the heart of economic rescue and recovery efforts now,” Behar said.

“Newer and creative ways of catering to the needs of the masses is possible if governments are committed to the needs of its people. It is time for the government of India to take specific and concrete actions that will build a better future, more equal and just a future for everyone,” he said.