It is due to the COVID-19 crisis that the issues of the otherwise disenfranchised informal sector workers have come to the fore. Their livelihoods cannot be improved through knee-jerk reactions. 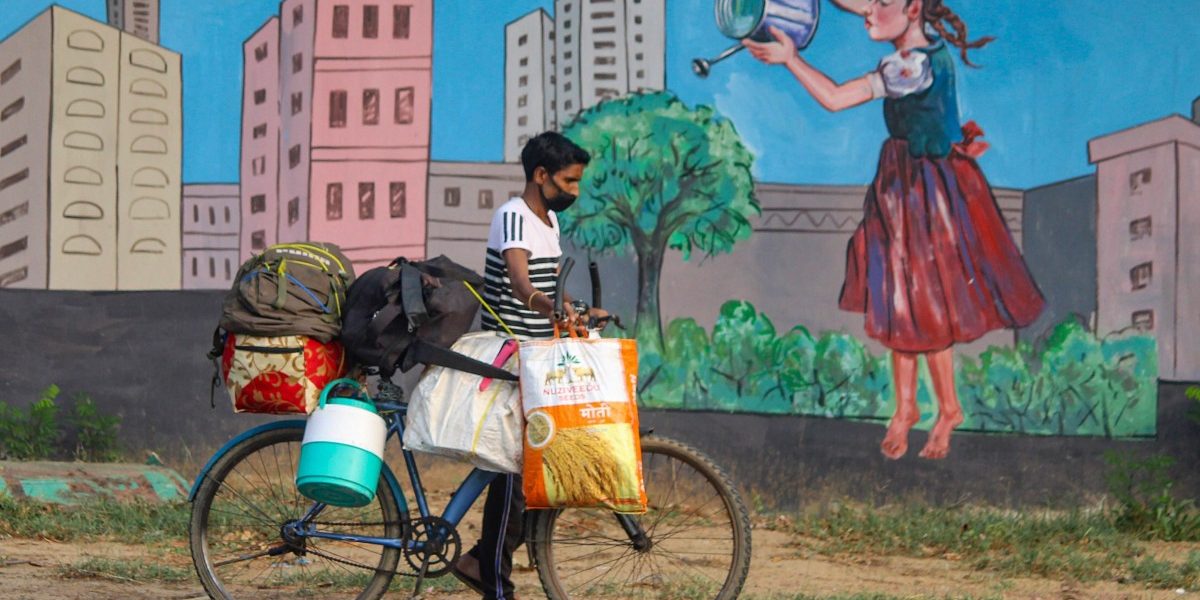 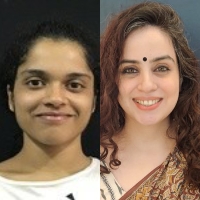 The sudden imposition of the nationwide lockdown in view of the coronavirus pandemic in the last week of March resulted in hundreds and thousands of migrant workers, most of them daily-wagers, losing jobs. With no means of employment, many of them started returning to their native villages. This COVID-19-triggered reverse migration was the second-largest mass migration in the recorded history of India, after the Partition, where more than 14 million people were displaced. The otherwise invisibilised lives and working conditions of migrants were brought to national attention when the unplanned lockdown forced them to walk long distances to reach their homes.

In order to understand COVID-19-induced migration, it is important to understand the specifics of rural-urban migration. Circular migration forms a majority of rural-urban migration and involves the independent male members of rural households migrating to urban areas while maintaining close links with their villages and towns of origin. They send remittances home and often spend a few months, especially during the harvest season, at their native places.

There are various studies that have analysed the reasons for rural-urban migration, one by Kunal Keshir and R.B. Bhagat stated that people migrate due to poverty, inequality (in access to land), and discrimination, along with the mirage of city life consisting of better resources such as livelihood opportunities, education, housing and health facilities.

In a study on internal migrants in Delhi, Harsh Mander and Gayatri Sahgal find evidence of ‘distress migration,’ i.e. migration that takes place due to extreme impoverishment which leaves the individual or family no choice except to migrate in search of livelihood opportunities.

Also Read: How Much Do We Really Know About the Migrants Who Shuttle Between Bharat and India?

It has been established in studies that rural to urban migration brings about significant social and economic costs in urban areas such as higher unemployment rate, increased environmental costs, strained resources, and unacceptable living conditions. In addition, the movement of able-bodied, young, and perhaps better-educated people from rural areas to urban centres leads to an imbalance in human resources needed for rural development. This imbalanced development between rural and urban areas results in the former often being deprived of resources such as funds and lack of incentives from the government and private actors to develop infrastructure.

However, the same has been deemed misleading in a report by the International Institute for Environment and Development (IIED) and the International Organisation on Migration (IOM). The report states that it is poor urban infrastructure and planning that causes shortages in urban-dwelling, congestion, crowding, and a declining standard of living in urban areas. When urban governance and policy responds to migration and migrants in a hostile manner, it leads to migrants being pushed to low-income, informal residences and such policies result in stigma and prejudice surrounding slums, slum dwellers, and migrants especially in a city like Mumbai.

Advocates of reverse migration often argue that if policymakers aim to improve urban areas, it is pertinent that they focus on improving rural infrastructure to decongest cities. Using the official data from the Ministry of Rural Development, a study found that there was an improvement in the wages and number of days of work offered under the Mahatma Gandhi National Rural Employment Scheme (MGNREGS) during the COVID-19 lockdown in Rajasthan. The scheme also witnessed a rise in demand for work in May and June. There were up to 24.2 million rural households that demanded work in August 2020, which is a 66% increase from August 2019. This has been the highest level of demand for MGNREGS since 2013-14, resulting in many districts exceeding their annual MGNREGS job creation targets. 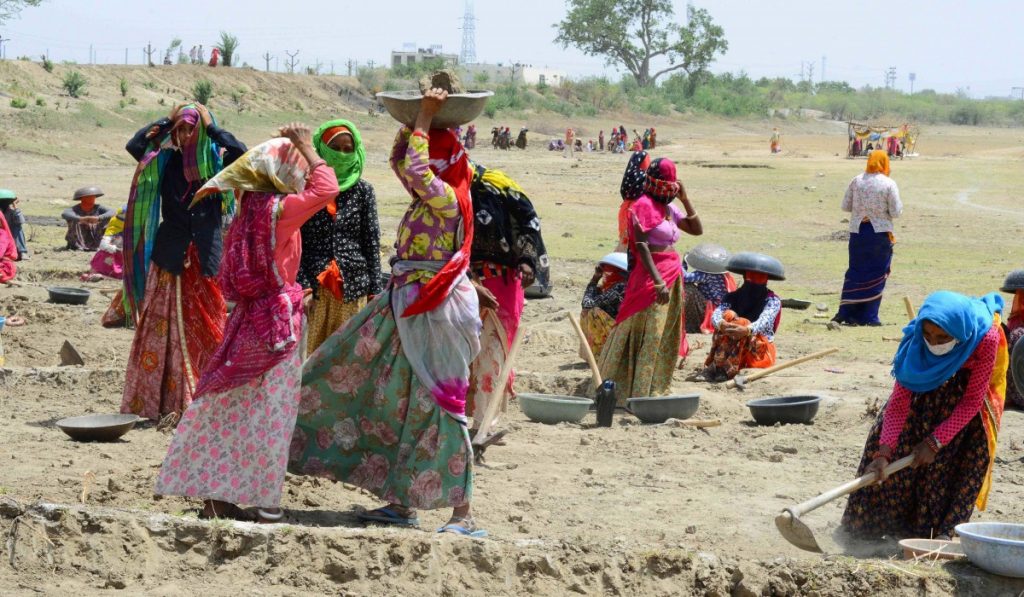 In addition, official data from the Ministry of Agriculture and Farmers Welfare has shown a 21% increase in the sowing of Kharif crop across India, compared to the same time period last year, along with an increase in the acreage of other crops. The pandemic-related uncertainty has made even the smallest landholders cultivate their lands to earn, some of which have also solved the labour shortages that rural India was facing because of economic migration to cities. Under the Pradhan Mantri Kisan Samman Nidhi (PM-KISAN) Scheme, facilitating cash transfers has also catalysed a lot of migrant farmers’ interest in farming. Several economists have stated that an increase in harvest will automatically result in higher income for farmers leading to higher consumption. It will also improve the consumption of fast-moving consumer goods, motorcycles, tractors and this boost in consumption is likely to revive the national economy.

However, the flip side of reverse migration was that the highly contagious virus has also started spreading to rural India. As opposed to the World Health Organisation’s (WHO’s) recommended one trained doctor for every 1000 people, India has one trained doctor per 1,404 people. With more than 50% of the population living in rural areas and a very skewed distribution of trained doctors across rural and urban landscapes, most rural communities rely on untrained health workers with no formal medical training. It is important to expand the pool of trained doctors accessible to the rural population and make careful use of informal health practitioners as they are trusted more than the trained healthcare professionals, especially when there is a stigma of contagion attached to the virus.

Given that India spends less than 1.5 % of its Gross Domestic Product (GDP) on healthcare, it is important that healthcare spending especially in rural areas be improved. Learnings from a national conference at the World Rural Health Conference suggest that a focus on family-oriented primary healthcare centres, along with state-funded health insurance schemes and training of healthcare professionals would lead to better health outcomes in rural areas.

The pandemic-induced reverse migration presented the government with an opportunity to concentrate on building rural infrastructure with better agrarian policy – a study affirms the narrative that the agricultural sector has kept the rural economy afloat during the pandemic. Improved livelihood opportunities and effective rural governance are also essential parts of the rural infrastructure. However, the situation has resulted in unused rural funds and workers returning to cities, according to a rapid assessment survey.

Also Read: ‘We Have Been Sitting Idle’: Without Work, Migrants From Odisha Return to Surat Mills

Apart from the other welfare schemes launched during the lockdown period, the government also launched a special employment-cum-rural public works programme called Garib Kalyan Rojgar Abhiyan (GKRA) for returning migrants. This programme has prioritised on-earth works under MGNREGS, including the digging of ponds, afforestation, construction of houses under PMAY (Pradhan Mantri Awaas Yojana) and rural roads etc. This focussed campaign of 125 days spread across 116 districts in 6 states has only been able to utilise 56% of the total amount allocated. The government’s inability to spend the stipulated amount earmarked for boosting livelihood opportunities in rural India and creating a durable infrastructure is definitely a cause of worry, especially with little over a month left for the scheme to end.

A Hindustan Times report on the effectiveness of GKRA in Bihar stated that the success of the implementation of these welfare schemes is determined by factors such as the number of migrant workers in a particular area, the vulnerability of populations in disaster-prone areas etc. While the performance of GKRA has been satisfactory in east Bihar, central Bihar and Kosi region, where the migration rate of unemployed persons is high, the same hasn’t been the case in the areas of north Bihar that were affected by the floods and heavy rains. However, these explanations have been dismissed by experts: if floods are an impediment to the effectiveness of these schemes, it is the responsibility of the local government authorities to address them for seamless implementation.

Taking into consideration the pace at which the number of COVID-19 cases are rising in India, it is important for the government to extend its 125 days period for the GKRA because the impact of the COVID-19 lockdown is yet to subside. In addition, the data maintained by the government on intra-country migration needs to be better: a study by India Migration Now finds that state policies towards migrants are unfriendly throughout the country. It is due to the COVID-19 crisis that the otherwise disenfranchised informal sector workers, their numbers and their issues have come to the fore.

Harsh questions for the government

Looking at global trends, one can say that no government in the world was prepared for a pandemic of this scale, but it is important to ask the government harsh questions. The questions about the number of jobs lost due to the lockdown, absence of data on migrant deaths, which is estimated to be as many as 972 persons, are as important as knowing the impact of such welfare schemes. In addition to that, these schemes hardly elaborate on the long-term solutions for the issue of chronic unemployment in a country like India beyond these 125 days.

Also Read: RTI Shows the Government Did Collect Data on Deaths of Migrant Workers During Lockdown

According to Amitabh Kundu, from the Research and Information System for Developing Countries, there are around 65 million inter-state migrant workers in India. A robust legal framework is needed to protect the rights of these migrants, wherever they work, while providing them with the choice to migrate for a livelihood option that ensures a decent living.

However, people must not be forced to migrate from rural areas in search of jobs that are often vulnerable and precarious, while living in inhospitable conditions. Improving rural infrastructure and thereby livelihoods, through long term planning, rather than knee-jerk reactions, is one such solution.

Vedika Inamdar and Sumati Thusoo are research authors at the Department of Sociology, Monk Prayogshala.