"As people are marching in a bid to reach their homes and never return to the cities that betrayed them, the worst part of India’s history is being recorded silently." 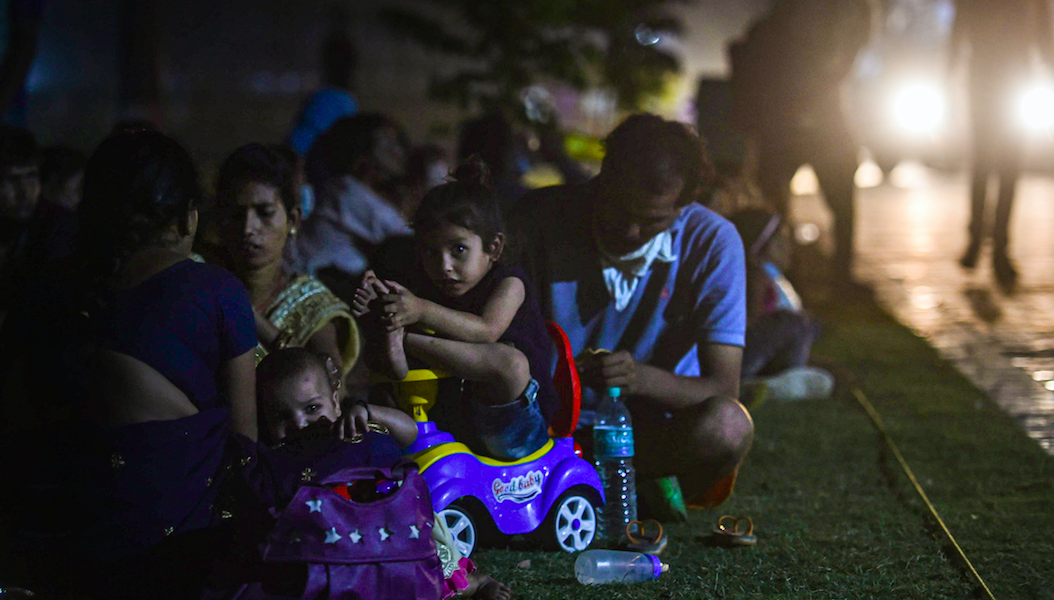 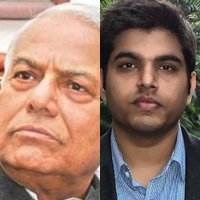 Like the rest of the world, India is in the grip of a global pandemic.

However, unlike elsewhere, the poor migrant workers have had to face unimaginable hardship in India as the Centre and most of the state governments miserably failed to take care of both lives and livelihoods. The nation is under a humanitarian crisis and those who were already facing  existential hardship due to high unemployment and growth recession, are now totally pauperised.

They clearly are in struggle to survive, the big claims of a Rs 20 lakh crore stimulus package mean nothing to them as they are literally on the road, walking hundreds of miles without food, water, shelter and hope. Their toddlers and growing children are maturing up unnaturally as they share the grief, hunger and survival concerns of their helpless parents.

In the middle of May, the highways of India are hosting the worst kind of human sufferings and show how the nation has failed a vast segment of population while keeping faith in the policies and action devoid from realism.

Ironically, both Karl Marx and Adam Smith are out of the economic game-plan of the Central government. For the first time, Left parties and Mumbai industrialists have converged on the demand for putting adequate money in the hands of the poor and unemployed.

But the Centre has provided a cash relief of less than 1% of GDP. A continuing disdain for the knowledge ecosystem and delegating mechanism have been its defining character. The policy-makers in the finance ministry and NITI Aayog are not in position to make their own minds when it comes to knowing what they are supposed to do.

When it was expected that the Central government would allocate sufficient resources to the states and keep an active monitoring on spending, what was delivered was the opposite. In public domain, there have been complaints from non-BJP ruled states over the huge funds shortage and non-cooperation from the Centre. When the lockdown was dramatically announced on March 24, 2020, and extended again and again – the government in Delhi unwaveringly offered rhetoric and excuses.

At no point of time was anything worthwhile thought out for the poorest of poor living in the dark shades of the urban jungle.

When the situation went out of control, the special trains were operationalised to take the migrants home and let the states feel the real burn. Even to this date, no one can be sure about the provisions borne by the Railways or state governments.

There is no clarity about the expenses on the arrangement and who pays how much, these are unprecedented like the severity of a coronavirus that has brought the world to a halt.

The suffering and pain can’t be covered in figures, however, it is important to take note of a finding of the Centre for Monitoring Indian Economy (CMIE). COVID-19 and the nationwide lockdown has resulted in a job loss of around 27 million youth in the age group of 20-30 years in April 2020.

Stranded Workers Action Network’s Report, 21 Days and Counting: Covid-19 Lockdown, Migrant Works and the Inadequacy of Welfare Measures in India covers the grim realities of humanitarian crisis‬. As per the report, “A survey of 11,159 migrant workers stranded in various states found that between April 8 and April 13, more than 90 percent did not receive rations from the government. Close to 90% of those surveyed did not get paid by their employers. From March 27 to April 13, 70% of the surveyed workers had only less than Rs 200 left with them.”

Taking undue advantage of crisis, few state governments are changing or abolishing labour laws at their will in complete violation to the constitution. Such an alarming precedent will immensely harm the workers’ interest and industrial culture. It must be stopped.

The month of April was comparatively benign than May, now we have far more numbers of tragically-stiffen incidences besides the macroeconomic troubles.

The month has also witnessed the sensational announcement of Rs 20 lakh crores package by the prime minister and its five-round long decoding by the Finance Minister and simultaneous interpretation by MoS (Finance).

All done beautifully except the fact that shows failed to secure anything substantial for the immediate relief of poor, stranded migrants, middle classes, working classes and MSMEs. The package has no stimulus and even liquidity infusion through it can’t be valued more than Rs 3.5 lakh crore. Rest everything in ‘package’ was the load in the forms of credit facilities, IT refunds, PF twisting, MSMEs due claims, etc.

The highlight of the entire exercise remained the Finance Minister’s masterstroke in which she announced Public Private Partnership (PPP) for exploring opportunities in space, especially for inter-planetary travel.

This was part of package, although no provision was made for safely transporting countless poorest Indians.

Also read: Modi’s ‘Stimulus Package’ is a Gigantic Confidence Trick Played on the People of India

Next to the story of hunger and humanitarian crisis scripted by the government, it was expected that justice will be served by the judiciary. However, the justice was not served.

Hypothetically put, if the 24 workers who died in the accident in Auraiya in Uttar Pradesh approached the Supreme Court, they would have been told that if they travelled by road then accidents would happen, and thus, what can the court do?

As people are marching in a bid to reach their home and to never return to the cities that betrayed them, the worst part of India’s history is being recorded silently.

Will Supreme Court take notice of the fact that the government presented wrong facts to it when it claimed that no migrant is on the road. Is the Hon’ble Supreme Court sorry that it too failed these helpless people?

Will it look into it even now and ensure justice to them? The infinite injustices will dent the image of India. Since the nation is immortal unlike a political party and the government, deep thought should be given on how to save the people who are the victims of new political narratives.

The people of India surely deserve to get better deal.

Yashwant Sinha is India’s former Minister of Finance (1998-2002) and Minister of External Affairs (2002-2004). Atul K. Thakur is a Delhi-based policy professional and columnist.