The stocks available with the Food Corporation of India are significantly above the buffer requirements. Universalising the PDS for another three months should not be a problem. Images of poor and hungry workers walking back hundreds of kilometres to their towns and villages have shaken even the most committed of believers of India’s uneven growth story. At several places, media reports suggest that lakhs of workers still stuck at their place of work – in Delhi, Mumbai or Surat – are struggling to even access food.

Right to food activists have been writing for several years that despite the enactment of National Food Security Act (NFSA), 2013, there are a large number of people who are not able to get their food grains either due to exclusion from the public distribution system (PDS) or due to insistence on Aadhar Based Biometric Authentication.

And now given the scale of the problem and the food insecurity faced by millions, there are demands for universalisation of PDS which would mean that food grains are provided even to those who do not hold ration cards and are not covered under NFSA.

Yet, this year, they hold 24.7 million tonnes of wheat, which is more than three times the buffer stock requirements of 7.46 million tonnes.

Now, let us try and estimate the number of food grains that will be required to extend the benefits of PDS and to increase allocation. For this, we use data for offtake under PDS for 2018-19, as the data for 2019-20 is not yet available.

For wheat, in 2018-19, the offtake under PDS was 22.07 million tonnes. Other welfare schemes took 1.20 million tonnes and 8.2 million tonnes was issued under open market sale scheme (OMSS), which is primarily for cooling down market prices in the November-March period, when due to festival demand, prices tend to rise.

For meeting the challenge of COVID-19, the government has already announced doubling of PDS quota for ration cardholders of all categories, that is both Antyodaya Anna Yojana and Priority Households.

There is a strong possibility that the economy will take time to recover. If the government decides to extend this additional allocation for another three months, it will mean that the offtake of wheat under PDS, in 2020-21 will be 33.11 million tonnes. If wheat procurement this year is 36 million tonnes and offtake under other schemes remains the same as in 2018-19, the wheat stock on April 1, 2021, will be 12.19 million tonnes. It will still be 4.73 million tonnes more than the buffer norm of 7.46 million tonnes on April 1.

Similarly, if the additional allocation of rice at 5 kg per month is extended for another three months (beyond the three month period already announced by the government) for all cardholders, the offtake under PDS will be 46.03 million tonnes.

In 2018-19, procurement of rice was at an all-time high of 44 million tonnes. If the Indian Meteorological Department’s (IMD) prediction of a normal monsoon in 2020 comes true and sowing operations are not adversely impacted due to COVID-19, we can assume that this year also, the government will be able to procure at least 40 million tonnes.

The above estimates show that after accounting for provisions to 800 million households under PDS, there will be substantial stocks of grains left come April 2021. We will be left with 51.6 million tonnes of food grain, almost 2.5 times the buffer stock requirements.

So, there is a strong case for food grains to be provided at least for three months to the migrant worker population which does not have ration cards in the states they are currently in. The provision can be done on the production of Aadhaar number. 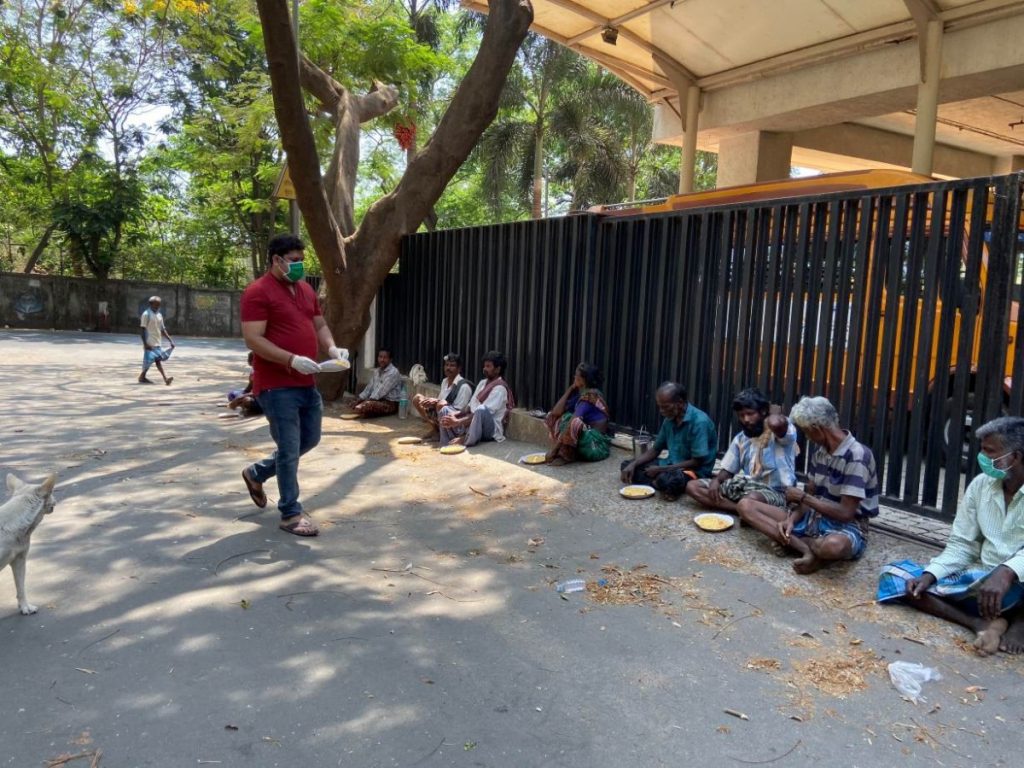 But, these should not be provided for free. If wheat and rice are provided at Rs 2 and Rs 3 per kg without ration cards, there is a strong possibility of leakage and diversion of such food grains. Therefore, I suggest that the government charge 50% of this year’s MSP (wheat Rs 1,925 per quintal, Grade A rice derived price Rs 2,739 per quintal).

Thus, the Central government can provide foodgrains to the state governments at a rate of Rs 9.60 per kg for wheat and Rs 13.70 per kg for rice. If the states want, they can further subsidise it from their own funds. The scale of issue could be 5 kg per person, as under NFSA.

In a good move, Chhattisgarh has announced that it will be providing free grains to whoever needs it, although the fiscal arithmetic of this decision is not yet clear. A similar announcement has also been made by Uttar Pradesh, but the details have not yet been made available.

Moves like these can provide succour to the migrant population, many of whom will struggle to earn any income even after the lockdown is eased.

In a recent report, Jean Drèze, Reetika Khera and Meghana Mungikar have shown that more than 10 crore Indian citizens are not benefiting from NFSA as the Union government had asked the states to issue ration cards based on poverty figures based on the 2011 census, according to which India’s population was about 121 crore. The population is now estimated to be 137 crores. If 67% of the country’s population is to be covered under NFSA, the coverage has to go up by about 11 crores, from 81.14 crores to 92.20 crore people.

For the expansion of coverage under NFSA, the Central government or the NITI Aayog will first have to determine the state-wise level of poverty and the percentage of people who need to be included. Even if NITI Aayog accepts that the coverage under NFSA needs to be expanded, the state governments will take a few months to identify the eligible persons and issue them ration cards. It may be recalled that the Shanta Kumar Committee had recommended reducing the NFSA coverage from 67% to about 40% “which will comfortably cover BPL families and some even above”.

The Central government has not been providing adequate amounts in the Union budget for the Food Corporation of India (FCI) and the state governments which participate in decentralised procurement (DCP). The Budget Estimate (BE) for FCI in 2019-20 was Rs 1,51,000 crore but in the Revised Estimates (RE), only Rs 75,000 crore was provided. For 2020-21, the BE for FCI is only Rs 77,982.54 crore.

Before COVID-19 hit India, the debate was on how to reduce the procurement so as to reduce the burden of food subsidy. Now, the challenge is to provide enough foodgrains to people whose earnings have suddenly evaporated.

If we consider a ten-year perspective, procurement of rice in Punjab and Haryana will be lower, if agriculture in India’s food bowl has to remain sustainable.

Therefore, there is not much scope for substantially increasing the offtake by universalising the PDA in the long term at current rates of NFSA. But a case for providing immediate relief to the migrant worker population left stranded can certainly be made.