Food for All During Lockdown: State Governments Must Universalise PDS In these four weeks since the national lockdown was announced, distressing stories of hunger and despair have been emerging from across the country. The Government of India’s relief package, the Pradhan Mantri Gareeb Kalyan Yojana (PMGKY), came late and is inadequate. On top of this, much of it has still not reached the people. Several economists, as well as rights-based campaigns, have been arguing for universalising the public distribution system (PDS) in the present context, especially given the fact of the extraordinarily high level of foodgrain stocks of over 75 million tonnes (MTs) in the godowns of the Food Corporation of India (FCI).

However, the PMGKY offers an additional 5 kg of grain per person and 1 kg of dal per household for free for three months to about 80 crore individuals viz. those who are covered with priority or Antyodaya Anna Yojana (AAY) ration cards under the National Food Security Act (NFSA). This restriction excludes many from the relief, both because the population estimates being used currently are outdated as well as because there many excluded from the PDS because of multiple reasons such as lack of documents/Aadhaar, quotas getting over and so on.

Given these exclusions, along with the fact that in the present crisis, there would be a much larger population which needs food support than those who were erstwhile recognised as being “poor”, the only way forward with ensuring that nobody gets left out of having access to at least a minimum amount of staples is through universalising the PDS. In the last few days, this idea has been gaining ground with several state governments such as Delhi, Telangana, Chhattisgarh, Jharkhand, Rajasthan, Uttar Pradesh etc announcing that they would give rations to even non-ration cardholders. However, the experience so far has been that these states are putting in place very bureaucratic systems to issue temporary ration cards or (e-)coupons for people to access these rations.

Also Read: Six Charts Show That India Needs to (and Can Afford to) Universalise PDS

In Delhi for instance, a non-ration cardholder is required to enrol herself online first by entering their phone number and getting an OTP. They are required to then upload their Aadhar as well as a family photo. Once that is successfully done, they will receive an SMS which has a link to the e-coupon. Beneficiaries are expected to have smartphones through which they open the e-coupons when they go to collect their rations. There is also no clarity on whether this exercise will have to be repeated each month until the lockdown lasts or if it is just a one-time verification.

Therefore, the assumption is that every person not only has access to a smartphone but also the technical capability to fill in online forms. While there was a system where MLAs, NGOs and other volunteers were supposed to help people fill these forms out, the experience on the ground has been that this has been a very cumbersome process. Moreover, after a day of launching, the website was down for over three days because of the overload. There was also a fake website claiming to be issuing ration cards. Despite all these problems, the government claims that about 15 lakh people applied for the e-coupons and over 3 lakh have been given foodgrains. While these numbers reflect the scale of the problem, there are hundreds of thousands who would still be left out because they have not been able to access the system.

Each state seems to be coming up with some such system of identifying or verifying those who should be included, even whilst they are claiming to have made the PDS universal. Such mechanisms of targeting are bound to have errors during even normal times, leave alone the additional barriers in place due to the current lockdown situation. With a coverage of about 60% of the current population, it can be estimated that if the PDS is universalised, another 20% would lift grains. The top 20% of the population, it can be assumed, will self-select themselves out as they have other safety mechanisms or wage protection and would not take the trouble to queue up for a few kilos of grains. Such universalisation will not only save targeting costs but also ensure that every person who needs food can access some. 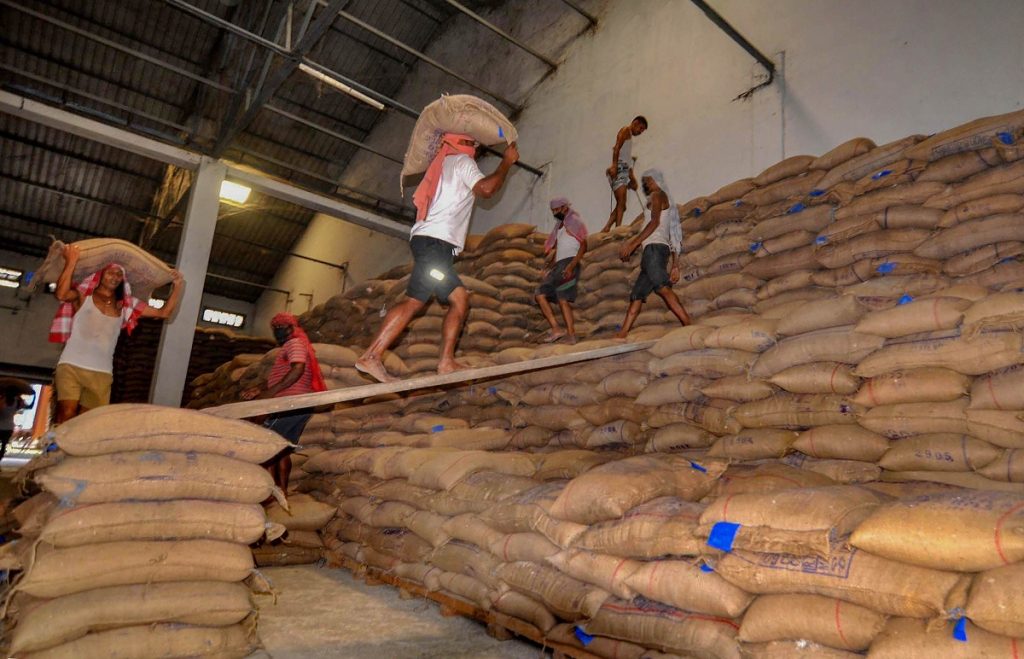 Therefore, given the urgency of the situation currently, universalising in a manner where there are minimal procedures and every person can access rations is the best option. Such a principle has been recognised even by the Supreme Court, wherein the context of drought it stated:

“No household in a drought affected area shall be denied food grains as required under the NFS Act only because the household does not have a ration card. The requirement of a household having a ration card is directed to be substituted by an appropriate identification or proof of residence that is acceptable to the State Government.” (order dated 15.05.2016 in Swaraj Abhiyan vs Union of India)

Universalisation of the PDS is desirable even under normal circumstances as it has the benefits of ensuring minimal exclusion errors, can reduce leakages as well as contributing to overall food security. For example, in Tamil Nadu, any ‘ordinarily resident’ household is eligible for a ration card. The beneficiary can choose whether they want an ‘all commodity card’ where they get access to all the commodities that the PDS distributes, ‘sugar card’ where they can get additional sugar in lieu of rice or ‘no commodity card’ which is for people who don’t want any PDS commodities but want a ration card for some other purpose such as address proof etc. Research has shown that the state has one of the lowest leakages in PDS and the proportion of households buying PDS grain was around 76%. Chhattisgarh, which has ‘near-universalisation’, also has shown lower leakages.

With more and more states now recognising the problem of access to food for those who do not have ration cards, the delivery mechanism that is put in place to reach this population must be also one that is simple and easy to access. This has to be done in a manner where any person can access entitlement to foodgrains at the fair price shop or some other distribution point that they can reach easily without the need for the ration card. Any identity card such as voter ID or Aadhaar card of any member of the household can be used and as has been suggested by the Right to Food campaign, indelible ink that is used during elections can be used if governments are concerned with large scale fraud in the sense of people lifting grains from multiple centres.

Many, including the prime minister, have already said we do not have a shortage of grains. If each person is given 10 kg of grain through the PDS for six months, and 80% of the population lifts this grain, for six months we would require about 65 MTs (assuming a population of 136 crores). The current stocks in the FCI godowns excluding what has already been released in April is about 75 million MTs and it is estimated that the government will procure another 30-35 million MTs in April and May from the Rabi harvest.

Therefore, universalising the PDS with a higher quantity of 10 kg per head for six months as an emergency response to the current situation is within the realm of the possible. What it would require is some administrative creativity and effort in the form of publicisation of the entitlement, ensuring grains are delivered to the ration shops as well as some other local distribution points where ration shops are far away, arrangements for payment of FPS dealers and other workers involved in the distribution and using the digitization that has already been done in PDS to ensure real-time monitoring.

While this will take effort and some resources, it is well worth it. We cannot fight this battle against the coronavirus at the cost of thousands of people in the country going hungry.