While both ASHA workers and AYUSH doctors are at the frontline of handling the pandemic, they say their efforts are not suitably compensated.

Chennai: On July 12, Karnataka recorded its highest single-day jump with 2,798 fresh cases and 71 deaths. With COVID-19 tightening its grip, Bengaluru urban and rural will be locked down for a week from July 14.

On a parallel front, the 42,000 odd ASHA (accredited social health activists) workers across the state ‒ who have acted as a resilient workforce against COVID-19 ‒ have boycotted their work and are on an indefinite strike since July 10. They are demanding a fixed salary of Rs 12,000 per month and have given authorities time until July 15 to accept their pleas, threatening mass resignation otherwise.

Earlier in January, the protesting workers had returned to work when the state government had assured them of paying heed to their call. The workers waited for four months before hitting the streets again. The state is also staring at crippled pandemic services from AYUSH doctors who have announced that they would resign en mass as well if the authorities don’t have their jobs regularised and pay raised.

At present, ASHA workers are paid a fixed Rs 4,000 from the state government. There are 30 plus other components of various services, which they are paid for when they feed the details into the Reproductive and Child Health portal of the Central government. They allege that this portal always has technical issues and their data is not successfully uploaded, resulting in inadequate or no pay.

In April 2005, the Ministry of Health and Family Welfare had launched the National Rural Health Mission, as part of which ASHA workers were appointed to cater to the health needs of the rural and marginalised population. An ASHA worker takes the entire responsibility of the health of a woman from the time she is pregnant to the time her child turns three by encouraging institutional delivery, tracking her health, taking her to the Primary Health Centre (PHC) and door delivery of medicines. Over the years, their work has also extended to surveying the outbreak of other diseases like tuberculosis, leprosy among others and this one million workforce across the country, usually in the age group of 25-45 has become integral to the public health delivery system.

ASHA workers have served as the first line of defence during the pandemic. In Karnataka, they have successfully mapped 1.59 crore households by screening vulnerable persons for COVID-19 despite measly pay and no safety gear. True to their names, they have served and spread hope during these times.

ASHA workers from Karnataka have been demanding safety gear too. Photo: By arrangement

K. Somashekhar, state president of ASHA Workers Union, which is affiliated to the All India United Trade Union Centre, said, “From the Centre to the state government, appreciation always pours in for them. No one can deny their work but where is the remuneration? They get a mere Rs 4,000 per month from the state government. Then they are supposed to be paid Rs 2,000 for their routine work from the Centre, which doesn’t show up.”

Also Read: Bihar: A Day in the Life of an ASHA Worker During Lockdown

He said ASHA workers take care of women right from the time she conceives until she delivers the child and beyond, for which she is paid just Rs 300. “It takes a long drawn process to receive this amount. ASHA workers were promised Rs 3,000 as pandemic hazard pay but except for a few, most haven’t been paid,” he said. From the last week of March until June, ten memorandums seeking the fulfilment of their demands have been sent to the chief minister, district and taluk health officers and other nodal authorities.

Post the pandemic, their workload has become fourfold. Recently, ASHA workers on examination duty for screening school students were paid Rs 100 for an entire day’s work.

Anthonyamma is an ASHA supervisor at the PHC in Koudalli, Kollegala taluk in Chamarajanagar district and monitors the work of 23 other workers. The 37-year-old looks after 1,000 villagers and keeps a close watch on 15 pregnant women. On the COVID-19 field duty, she has been attending multiple calls of panicky villagers and doing door-to-door screening, counselling about social distancing, handwash, masks and gloves.

But her main focus has been to secure care for pregnant women. On June 6, a relaxed weekend turned into a whirlwind. A pregnant woman had done into labour and with the local government hospital shut, Anthonyamma and the family rushed from one hospital to the other. Finally, Anthonyamma managed to get the pregnant woman admitted at a private hospital and the child was delivered. “Pregnant women always need hand-holding, more so during a pandemic,” said the ASHA worker, who is on the speed dial of many villagers.

Maria Selvi is an ASHA worker from Vivekananda Circle in Mysore. She is working at the K. Salundi PHC and is always on alert. She sometimes receives calls at 1 am, which could be from a woman in labour or a petrified neighbour informing her about a new visitor in the area. “Every week, we see an onrush of outsiders to the state so we are always on the watch to ensure they are quarantined. Most of the times, my husband accompanies me on late night field visits. Everyday, I screen at least 20 households. I have been leaving the house every day since the lockdown, without a break,” the mother of three schoolgoing children said. 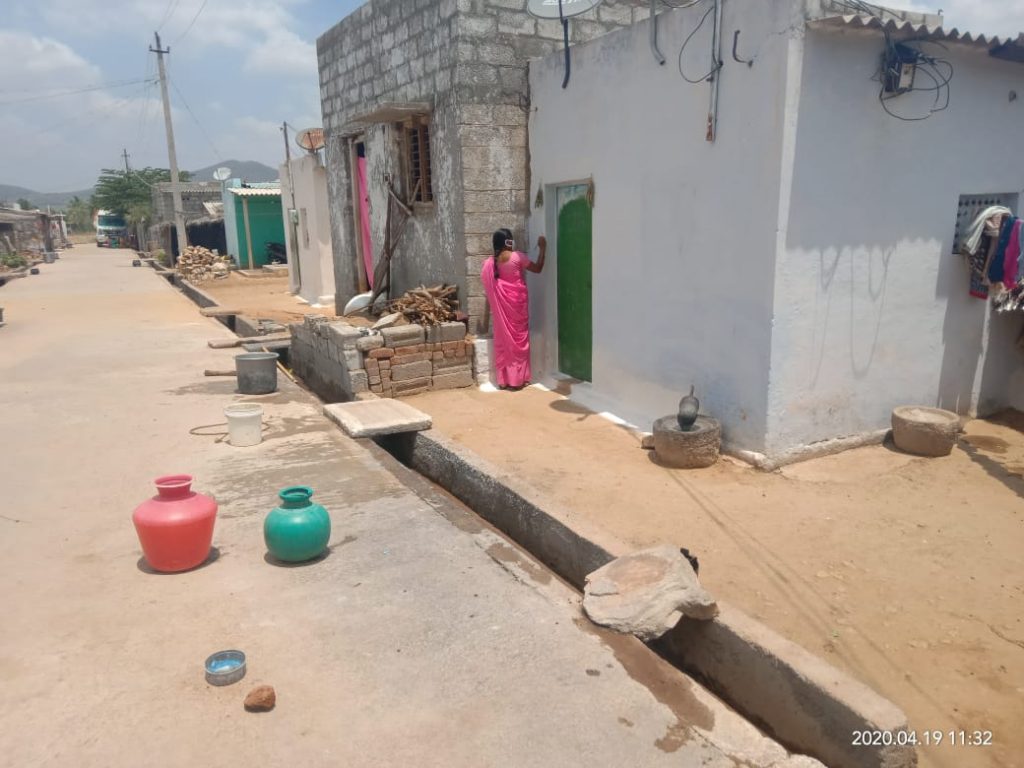 These frontline workers have soldiered on inspite of measly pay and gruelling work hours. Photo: By arrangement

Abused, assaulted and shunned, they put their lives on the line

The state has lost two ASHA workers from Kalaburagi and Yadgir districts to the infection. Many others have been infected. Calls for safety gears have only grown louder. “On most days, I use my saree or handkerchief as a face mask but we would feel much more secure if we get proper masks, sanitizers and gloves,” said Maria.

In early April, a mob of 100 persons assaulted a group of ASHA workers during a door-to-door survey in Bengaluru. On May 11, in Kukkipady, Bantwal taluk in Dakshina Kannada district, an attempt to attack an ASHA worker with a broom was made. She had objected to a gathering at a house where social distancing norms were not followed. On July 9, in Chennaithodi village of the same taluk, another ASHA worker was hit with a wooden log by a man who had tested positive for COVID-19, leaving her seriously injured.

These frontline workers have soldiered on inspite of being assaulted, abused and shunned. “Communities are hostile towards us. Some fear us, shut doors on us and others talk behind our backs. But when a problem arises, they call us first,” said Anthonyamma.

Also Read: ASHA Workers Are Indispensable. So Why Are They the Least of Our Concerns?

‘Pay us while we are alive’

When the pandemic set in, ASHA workers continued performing their maternal and neonatal duties along with COVID-19.

Sagayamary, who reports to the PHC in Martalli village in Chamarajnagar district, said, “Over the years, our salary hasn’t increased in proportion to our work. The Rs 6,000 salary is hardly enough. We should be paid a single fixed honorarium of Rs 12,000 without making us run around for it. Instead of paying my family Rs 50 lakhs when I die, pay me now so that I can feed my children nutritious food, which I preach about all day to others. My family is surviving on borrowed money and with everyone losing jobs, there is no one to lend anymore,” she said.

Dr Prabhu Gowda, state nodal officer for ASHA workers told The Wire that the Reproductive Child Health portal is a Government of India mandate, so the state government cannot do anything in this respect. “Their job is purely incentive-based and not full-time. They are community mobilisers, who have been selected and not recruited, and this difference in terminology matters. Their salaries cannot be fixed as they are neither contractual nor outsourced employees, and therefore it would be a violation of rules by the Government of India,” he said. 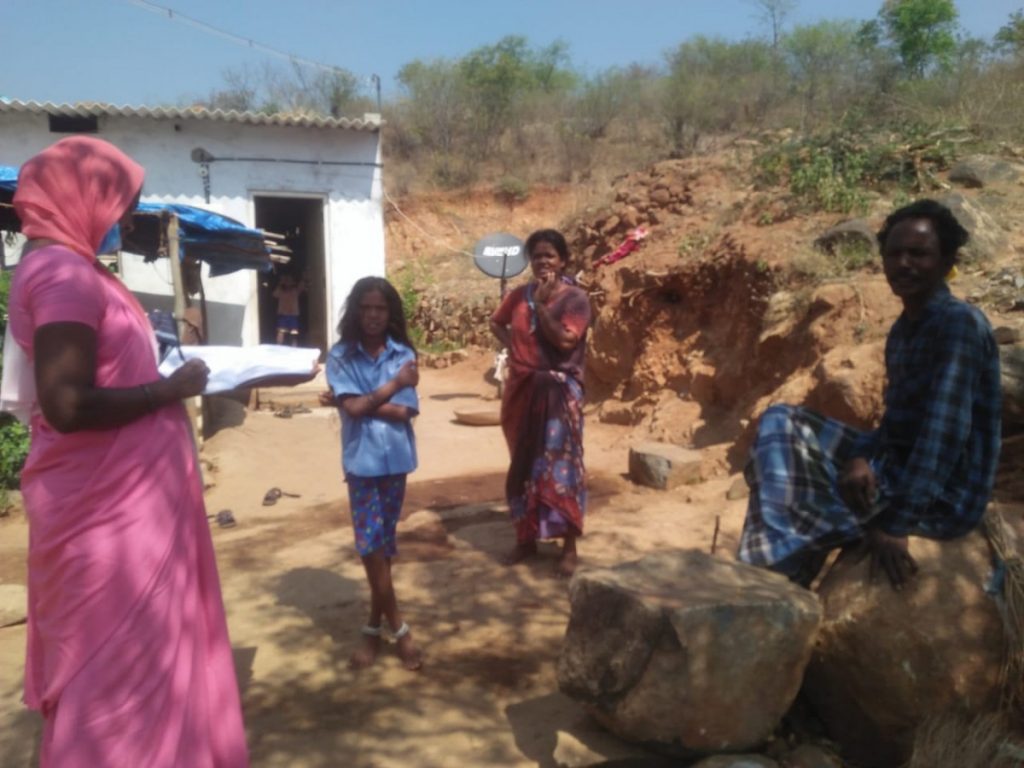 Sagayamary said that over the years, the salary of an ASHA worker has not increased in proportion to the workload. Photo: By arrangement

AYUSH doctors on a dual fight

AYUSH doctors who had been working on contractual basis across Karnataka have threatened to resign en masse on July 15 if their demands for job regularisation and pay hike aren’t met. On July 10, the doctors’ federation submitted a memorandum to the state government citing their needs. AYUSH doctors, who have degrees in ayurveda, homeopathy, siddha and unani have been working on contract basis in rural PHCs for over 10 years.

On July 2, the Karnataka government had announced that MBBS doctors working on contract basis in rural, taluk, district and municipality limits under the state health department would receive a wage hike from Rs 45,000 per month to Rs 60,000 a month.

Backbones of the rural PHCs

For the AYUSH doctors, it has been a long drawn battle. Dr Anand S. Kirishal, spokesperson of AYUSH Federation of India’s Karnataka chapter said that doctors are being paid Rs 20,300 instead of Rs 58,600 against the minimum wage legislation. “They are the lifelines of rural health programmes, more so during this pandemic. They have worked on par with allopathic doctors but the government has failed to do away with the pay disparity and regularise their posts,” he said.

AYUSH doctors allege that repeated pleas to the government have fallen on deaf ears and their services have not been acknowledged. They have been serving on the frontlines from contact tracing, door-to-door screening and surveillance at inter-state borders, airports and at every check post to take swab tests, work in fever clinics, quarantine centres and hospitals.

During the lockdown, Dr Siddesh T.R., Rashtriya Bal Swasthya Karyakram (RBSK) medical officer at the Doddaballapur taluk in Bengaluru Rural district continued his primary work of childcare services along with COVID-19 care. The RBSK initiative, under the National Health Mission, is aimed at early identification and intervention for children from the time of birth to 18 years for defects at birth, mainly the 4D’s—deficiencies, diseases, development delays including disability.

“We have continued screening Anganwadi children in the age group of 0-6 along with the pandemic work. From an earlier schedule of 9 am to 4:30 pm, now it has become 9 am to 9 pm and on many days, I just end up sleeping over at the quarantine centre. We don’t get any travel or dearness allowance for the numerous outreach camps. More than 90% of AYUSH doctors are on COVID-19 duty across the village and taluk hospitals in the districts,” he said.

Of the 2,800 PHCs in Karnataka, more than 800 are run single-handedly by AYUSH doctors. Dr Jeevaneshwarayya, the urban primary medical officer at the PHC in Sindhanur taluk in Raichur district is one among them.

“I have been working for over 14 years and am still on contract and get paid Rs 20,000 monthly. At least 70 cases come per day and we handle 20-30 deliveries on a monthly basis apart from carrying immunisation programmes and conducting outreach camps as our PHC serves people from 21 villages. We have sometimes visited homes of COVID-19 suspects with police protection but without personal protective gear and sanitisers. Above all, we are anxious whether our families would benefit from the Rs 50 lakh insurance announced for ‘corona warriors’ by the Central government because our existence and services aren’t acknowledged by the government,” he rued. 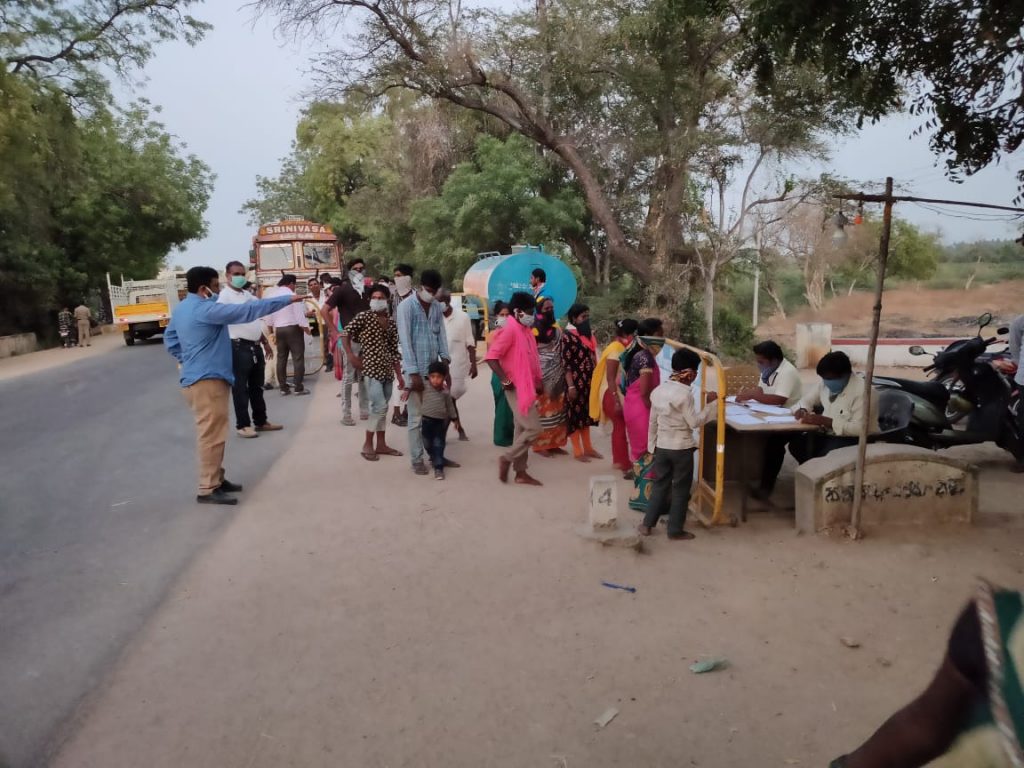 Speaking to The Wire, Jawaid Akhtar, principal secretary, Department of Health and Family Welfare said that the government would consider and implement the pay hike for contractual AYUSH doctors soon, similar to the allopathic contractual doctors.