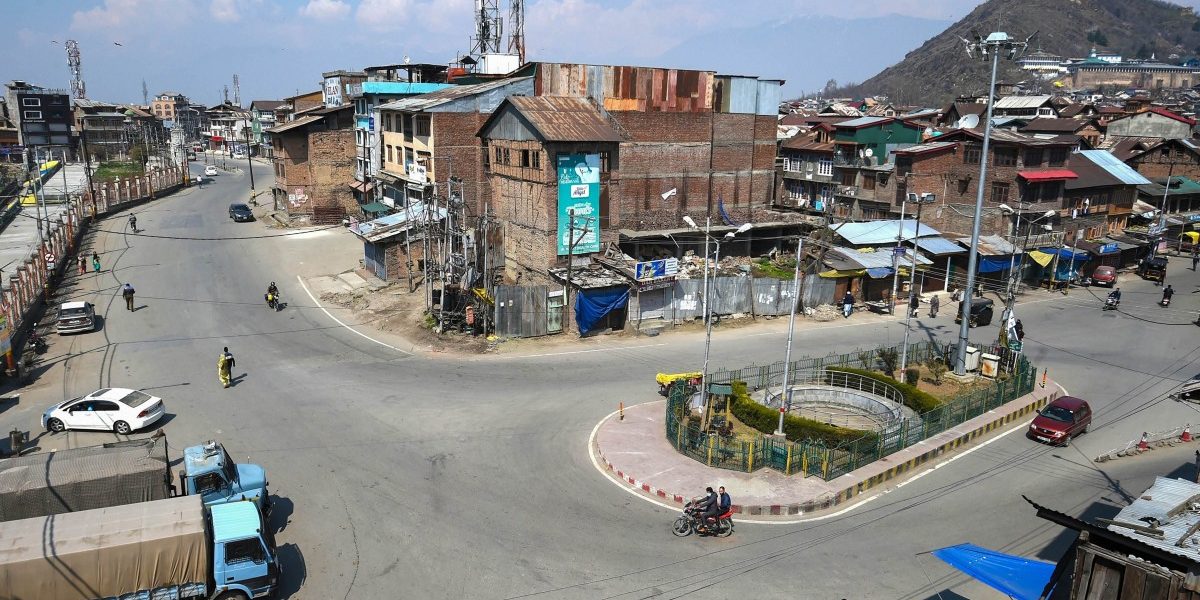 Mumbai: As the world and India celebrate public healthcare professionals for their selfless work during the COVID-19 pandemic, those in Jammu and Kashmir are faced with intimidation from the state: speak against the administration, and you will end up in jail for up to six months.

To snub the voices of medical workers that have now started emerging from the Valley, the Directorate of Health Services in Kashmir, on April 1, issued a circular, threatening government servants with “strict action” if they speak against the government’s efforts to combat the pandemic on social media, or to the press.

“It has been observed that some of the government servants are publicly criticising the efforts of the administration to combat the pandemic of COVID-19, which is against the service conduct rules,” the letter noted. “Hence forth strict action will be initiated against such elements who resort to such uncalled for reporting to media. Any person disobeying any regulation or order made under the Epidemics Diseases Act, 1897 shall be deemed to have committed an offence punishable under Section 188 of the Indian Penal Code [IPC] (45 of 1860).”

The cited IPC section stands for ‘disobedience to order duly promulgated by public servant,’ and calls for imprisonment of up to six months, or a fine of up to one thousand rupees, or both. 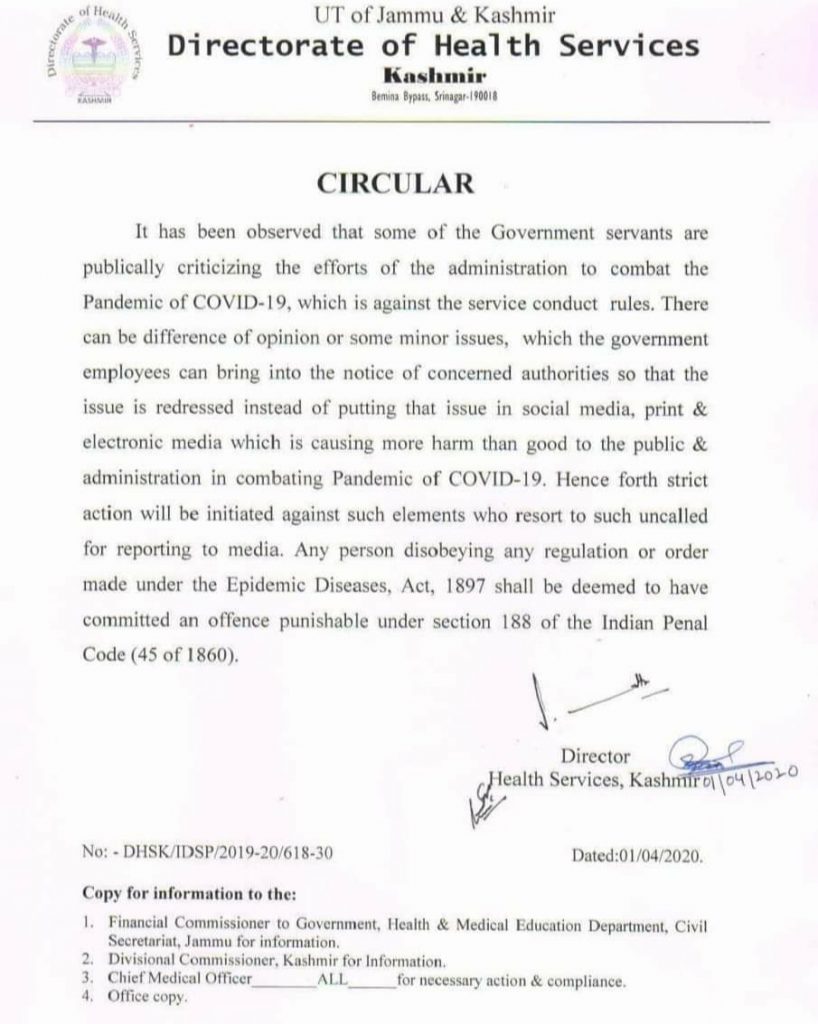 The circular issued by the the Directorate of Health Services in Kashmir.

Kashmir, a “high-risk zone for coronavirus,” has been in the midst of a three-decade-long armed revolt against the Centre. The Modi government stripped the region of its semi-autonomous state on August 5, 2019, blocking internet and broadband services, arresting its mainstream politicians, and imposing restrictions on movement throughout the valley.

Over the past few weeks, some controls have been relaxed. But despite the global pandemic, Kashmiri doctors are still unable to access complete information about the novel coronavirus, owing to 2G-internet speed. On March 4, after 213 days of internet shutdown – the longest ever in a democracy, the Indian government restored web access for the state, but with conditions – poor internet speed, no mobile internet for pre-paid cards, and MAC-binding, which enables the state to trace any online activity to its user.

As the internet restrictions make it difficult for doctors to function – including video consultations and access to up-to-date medical literature around the pathogen, many public healthcare workers in Kashmir have taken to social media or spoken to journalists against the clampdown on communications at such an hour. Like their counterparts across India, many doctors have voiced their discontent about inadequate medical infrastructure in Kashmir – shortage of man-power, personal protective equipment, ventilators, and other issues crippling the region’s response to COVID-19.

“We are at the forefront of this battle against the coronavirus. If you tie our hands and tongues, the ship is bound to sink,” says a doctor with a state-run hospital in Srinagar, requesting anonymity, as he fears repercussions in light of the new government circular. “Constructive criticism is the basis of a good democracy. Since the government is weak, it is using this to shut doctors up, which is very unfortunate. Now, do we fight the unseen enemy, or do we take care of our jobs?”

When Li Wenliang, a Chinese doctor in Wuhan, where COVID-19 first broke out, sent out a warning to fellow medics on December 30 about the novel coronavirus, he was accused and investigated for “making false comments” that had “severely disturbed the public order.” An ophthalmologist, the 34-year-old contracted the virus while treating patients and succumbed to the disease on February 6. Although the Chinese exonerated the doctor posthumously, the country came under heavy criticism for its attempts to stifle the whistleblower’s voice.

Dr Wenliang’s episode should drive home the importance of not concealing information, says Thomas Abraham, a professor with the University of Hong Kong, and formerly a consultant with the World Health Organisation on risk communication. 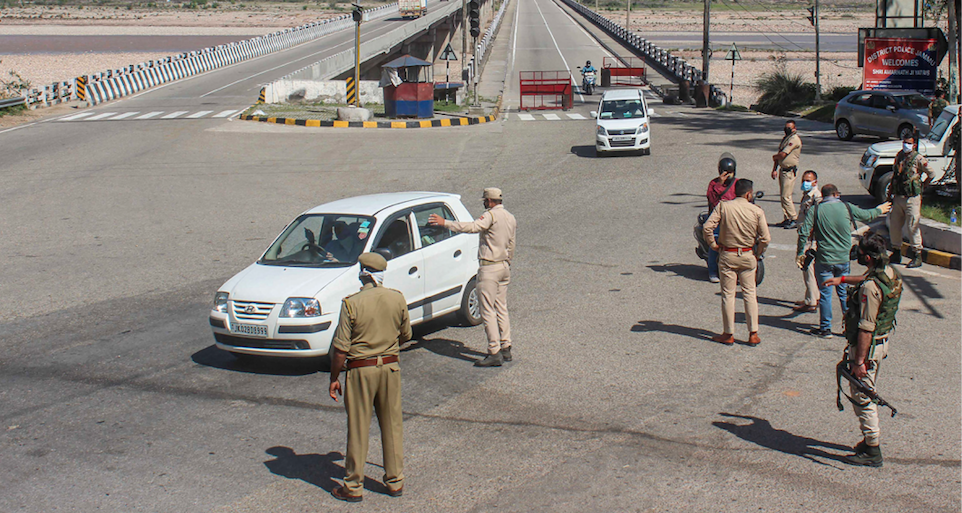 Police checks vehicles on the Jammu and Kashmir national highway during the national lockdown over coronavirus, April 4, 2020. Photo: PTI

“During a disease like this, doctors are at the frontlines of treating patients. Therefore, it is really important for the public and the government to know what doctors are experiencing. Based on these principles, this [circular] makes absolutely no sense to me,” Abraham told The Wire. “Without going into larger questions like freedom of speech and expression, just focusing on this particular pandemic, every attempt right now should be to try and contain the damage that this virus has done. At this point of time, this circular is not helpful at all.”

The government order seems like an attempt to muffle voices and silence the underlying reality, says Dr Anant Bhan, a global health, policy and bioethics researcher, affiliated as adjunct faculty with the Kasturba Medical College in Manipal. He says that during a pandemic of this scale, it is the right of public healthcare workers to be able to speak about the challenges they are facing, especially if they are unable to get responses from relevant institutions.

“As long as such voices are in the larger interest of patients or the medical fraternity, it is unfair to have a blanket ban,” says Bhan. “Usual rules should be followed, but in these exceptional circumstances, if doctors don’t have access to requisite facilities like personal protective equipment, they obviously they have the right to talk about the challenge. Trying to muffle their voices reflects draconian measures.”

The government order states that in speaking against the administration’s efforts to combat the pandemic, government servants are violating the All India Services (Conduct Rules), 1968. A five-decade-old law, the rules bar such professionals from criticising the government or any of its policies “in any radio broadcast or communication over any public media or in any document published anonymously, pseudonymously or in his own name.”

“There can be difference of opinion or some minor issues, which the government employees can bring into the notice of concerned authorities so that the issue is redressed instead of putting that issue in social media, print & electronic media which is causing more harm than good to the public & administration in combating Pandemic of COVID-19,” the circular notes.

Doctors in Kashmir, however, insist that their criticism is a call for help, asking for requisite tools needed to contain the pandemic. The Srinagar-based doctor states that the health department should take over the administration during such a situation, however, the reverse is true for India.

“Because Kashmir and its roads were locked down before the rest of the country, we still have a chance to contain this pandemic if we take the right steps. But if we still don’t come to our senses, and we issue such stupid circulars, we’re going to be in a soup,” says the doctor.

“Most doctors in Kashmir have raised legitimate concerns so far, and in doing so, they’re only raising an alarm, not trying to defame the government. The circular seems like a clampdown on freedom of speech and expression,” says the doctor. “Other countries, meanwhile, are providing incentives for medical professionals, inspiring them to go to work.”

Puja Changoiwala is an award-winning independent journalist and author based in Mumbai. She writes about the intersections of gender, crime, social justice, technology and human rights in India.