Zubair Ahmed was in custody overnight before he was granted bail for a tweet that questioned the union territory’s quarantine protocol.

New Delhi: Andaman and Nicobar Islands-based freelance journalist Zubair Ahmed, who was booked under multiple charges for a tweet that questioned the union territory’s quarantine protocol, was granted bail on Tuesday afternoon, soon after he was produced in court.

Ahmed had posted a tweet that claimed that some families were forced to quarantine after they spoke to some COVID-19 patients on the phone. The police said his claim was untrue – even though the local newspaper, Andaman Chronicle, had reported on such a case the day before – and booked him under multiple charges like disobedience against an order by a public servant and negligent acts that aid the spread of a contagious disease. The UT’s DGP Deependra Pathak said that his comments could have spread panic among residents, and fomented communal tensions in the Islands.

Among the multiple charges, the police also booked him under Section 505 (1) of the IPC, which is a non-bailable offence and entails imprisonment of up to three years for circulating fake information. However, after Ahmed’s counsel Mohammad Tabrez challenged the non-bailable section, the court agreed and granted him bail.

Ahmed was in custody overnight before he was granted bail. Soon after he walked out, Ahmed said that the administration wanted to “intimidate” him to  “teach him a lesson” for asking critical questions.

“It looked like everybody there was ready to lock me up. Otherwise, why would they make me travel so far via a ferry from one police station to the other? They made me go from a red zone police station, i.e. the Bambooflat station which is about 4 km from my house, to the Aberdeen police station which is in a non-containment zone. The officials said the superintendent of police wanted to question me. But nothing like that happened. All they wanted to do was to teach me a lesson,” Ahmed told The Print.

Ahmed was arrested by the Bambooflat police before being taken to Aberdeen. According to a Newslaundry report ,Ahmed first received a call on the morning of April 27 from the Aberdeen police station, asking why he had posted his comment in the “public domain”. Ahmed said he told the police official that he posted the tweet because the authorities were not making themselves available for a comment. 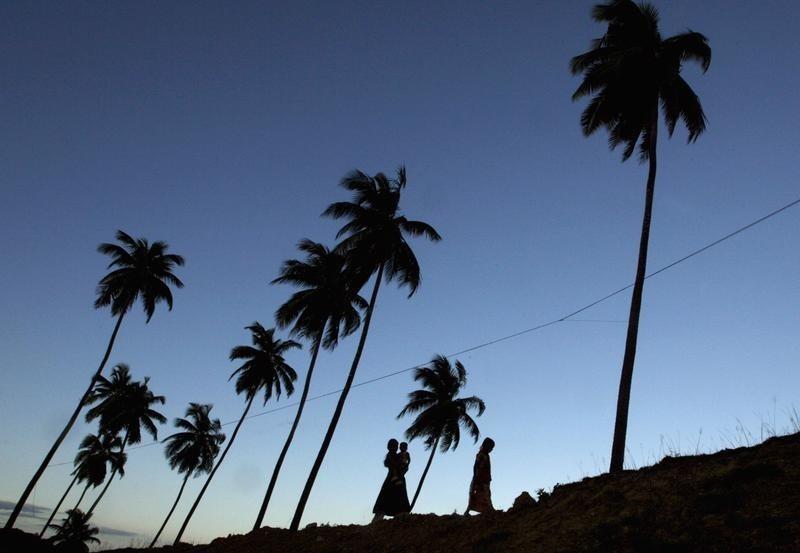 However, as he prepared to pray after breaking his Ramzan fast that evening, a team of police officials from Bambooflat police station, which is supposed to oversee his village, came to his house at around 7.30 pm. The officials told him that the district superintendent wanted to meet him. Only after accompanying them to the police station, he realised he had been arrested when his phone was confiscated and sealed.

“Twitter is a medium where I could ask, so I asked the question there. Posting on Twitter isn’t creating any panic,” he told the news portal, on a phone that he borrowed from his relative after getting bail.

“If the media is asking questions, why can’t they properly respond? Instead of clarifying, this is the new method (arresting journalists) they have taken. They target you. Everyone wants to fight the coronavirus. But if you ask questions, you become an enemy of the state and, somehow, against the corona warriors. It all comes in a package. That’s the problem,” he said.

He had posted two tweets on Sunday and Monday, asking officials why people were being quarantined on speaking to COVID patients on phone. He said that the tweets were more like queries rather than a comment on administrative conduct.

Ahmed said that the police officials have directed him to “not to write any post” on Twitter.