The Antidote to the Crisis is in Cooperation, not Segregation

The trick, as the ancient Taoist saying goes, is to fight the monster without becoming one. 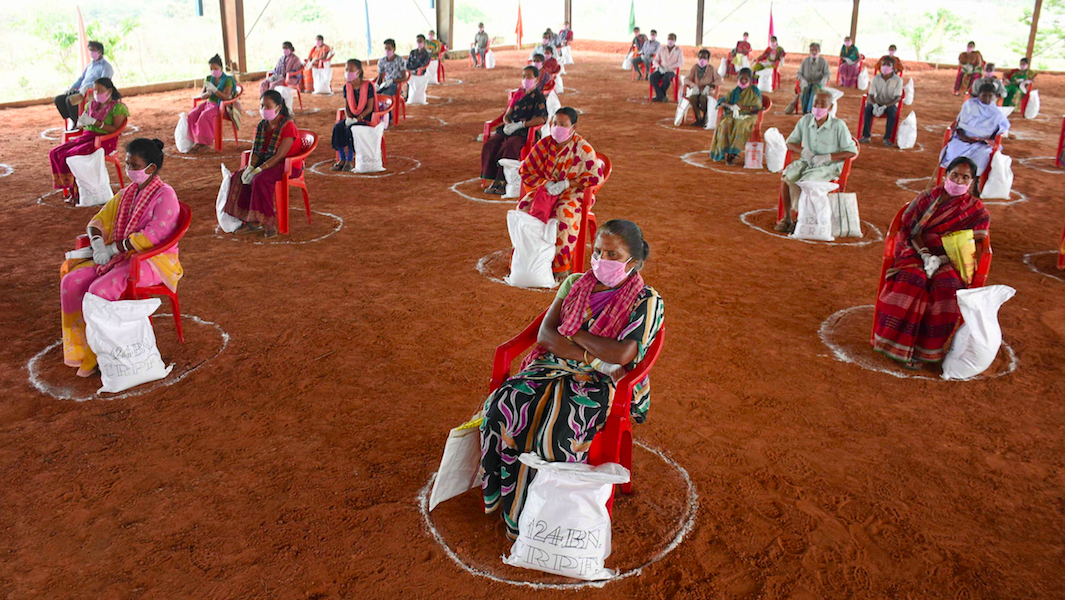 People maintain social distance during distribution of essential items and masks by CRPF personnel, amid the nationwide lockdown to curb the spread of coronavirus, in Agartala, Wednesday, April 22, 2020. Photo: PTI

In early March, the Director-General of the World Health Organization had commented that stigma, “to be honest, is more dangerous than the virus itself.”

His statement was made when reports of racism towards the East Asian communities had started growing across the Western world.

Over the next many weeks, the story played out just as he cautioned, and India has been no exception. Our society, ridden with cracks across many lines, is now confronted with heightened fear, paranoia, vigilantism, ostracism, invasion of privacy, discrimination and stigmatisation. Not just positive cases, but even those ‘suspected’ are facing social resistance.

So are the doctors, social workers and many others on the front-line treating those with COVID-19. The answer, on how best to address these issues, lies to some extent in understanding how similar issues were handled around previous pandemics. In the Indian context, an analysis of our overall socio-economic conditions and how this virus and the consequential and somewhat inevitable ‘lockdown’ has amplified the class divide will be helpful.

Historically, in 1853 when United States was gripped with the yellow fever epidemic, European immigrants, who were perceived as vulnerable to the disease were stigmatised. 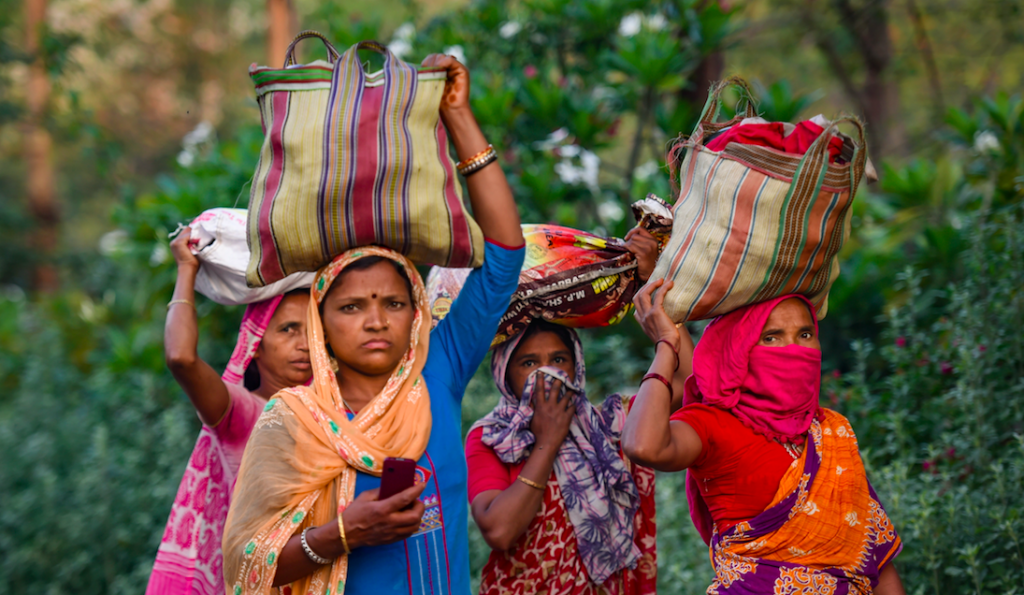 People with their belongings are seen at a vegetable market early morning where the entry of outsiders is restricted during a nationwide lockdown imposed in the wake of coronavirus pandemic, in Ghaziabad, Monday, April 20, 2020. Photo: PTI

In more recent times, the East Asians were attacked during the SARS epidemic and Africans post the Ebola outbreak in 2014. As professor, Abhik Roy, points out, “Although the causes of pandemics and their effects may be different, history shows that the demonisation of certain minority groups is an all too familiar scenario when a nation struggles with a viral pandemic.”

It is stated that, through many decades and across many centuries, people of ‘other cultural backgrounds’ – the outsiders – have been made scapegoats for being carriers of contagious diseases. But as Roy explains, and it may sound overtly simplistic, what the history of pandemics has taught us is that our instinctive desire to scapegoat some members of a community inevitably creates wildfire of conspiracy theories.

What history also tells us is that the only solution is to break the cycle and stop engaging in dissemination of misinformation. But unlike ever in the past, as a society, we are addicted to social media and therefore need to exercise even greater caution and resist the urge to ‘forward’ that unconfirmed news alert which we receive. Our government has, therefore, done well to announce it will penalise the spread of fake news and maintain a strict vigil on how its directives are implemented.

Confronted with an unprecedented crisis, the Indian government’s call to enforce a lockdown and adopt measures related to ‘social distancing’ was really a choice between economic loss or loss of life.

Our government valiantly chose human life and despite its good intention, it couldn’t have imagined that the solution would create a new societal epidemic – a disease that deepens India’s class distinction. While disciplining ourselves to keep a safe distance, the age old practice of untouchability is re-emerging, where we are treating each one as an impure ‘other.’ It is perceived that only the secluded will emerge victorious.

Not all have the luxury to isolate.

To keep the system going, essential service providers, those kirana shops that we had passed upon for the bargains at the big retailers, are functioning. As also are many others starting from bureaucrats and police personnel to municipal sanitary workers, vegetable vendors, milk men, garbage collectors, chemists, delivery boys and a host of others. Needless to say, no amount of caution is enough. 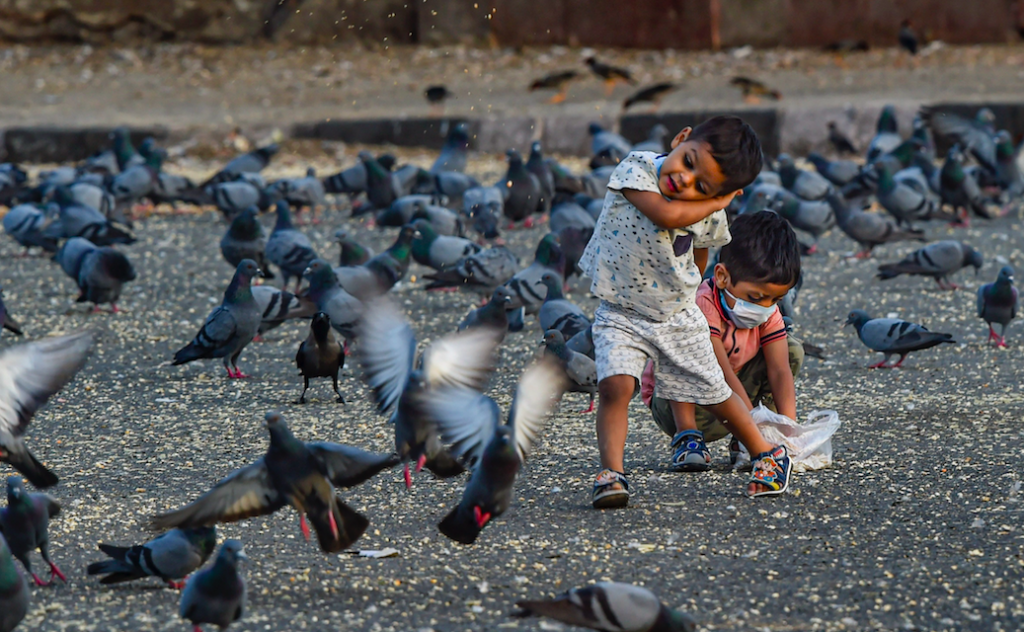 But aren’t we taking it a bit far by collecting bags through sticks or have vegetables left at gates so as to avoid contact, or give instructions through balconies from where we drop our money only to square-up later. Till date, there has been no shortage of supplies, for which we are all relieved. But we don’t want these ‘outsiders’ who fulfil our daily needs to come too close for they may be the spreader and after all we must at all times remain safe.

Enough has been written about the plight of migrant workers, but let us once again acknowledge the multitude of hapless ‘others’ who for absolutely no fault of theirs, have overnight been thrown out of everything — jobs, wages, shelters, source of income. As someone commented ‘passport wala virus laya aur ration card wala suffer kar raha hai’.

Like all of us, they too wanted to be locked down in ‘their homes.’ They really don’t deserve any blame and definitely not our heartless neglect. If not now, then when ever will there be a need for humanity to extend empathy and show compassion towards them.

Another societal ill that’s emerged is the stigmatisation surrounding COVID-19. What else explains the numerous suicides that one is reading about daily. Or the constant assault on the entire Muslim community for the gross irresponsibility of the Tablighi Jamaat.

Doctors who spend 16 hours in those PPE suits return home only to be confronted by belligerent landlords who fear that they will bring home the virus. With a disease that yet has no cure, but which still has an over 80% rate of recovery, even recovered patients are being victimised.

It was numbing to read about the man from Shivpuri, Madhya Pradesh, who, upon his recovery and return from hospital was forced to put his house on sale, because his presence was no longer ‘socially acceptable.’ Equally distressing was the story of the nurse in northeast Delhi who had fully recovered and yet was treated by those in lockdown as though he was a criminal coming out of a lock-up and polluting their surroundings.

And it’s painful to even talk about the doctor in Chennai, who succumbed to the virus, transmitted to him while caring for a patient, but whose family wasn’t even allowed to give him a respectful burial.

From all that one is reading, it appears the virus isn’t going away anytime soon. At a time like this, rather than becoming strangers in an increasingly estranged world, we need to turn closer towards our fellow human beings. Let us therefore treat this collective human ordeal as a call for solidarity.

We must collectively work to shed the stigma surrounding the virus and get people to tell the truth about their travel history and not hide medical conditions for the fear of being quarantined. Not everyone needs a ventilator and there are more happy stories than sad ones and that’s what we must focus on.

As our Prime Minister stated in his recent message, this virus does not distinguish between race, religion, caste, colour and borders and humanity’s response to this common challenge should be based on unity and brotherhood. We must therefore remind ourselves that viruses don’t discriminate, but society does. 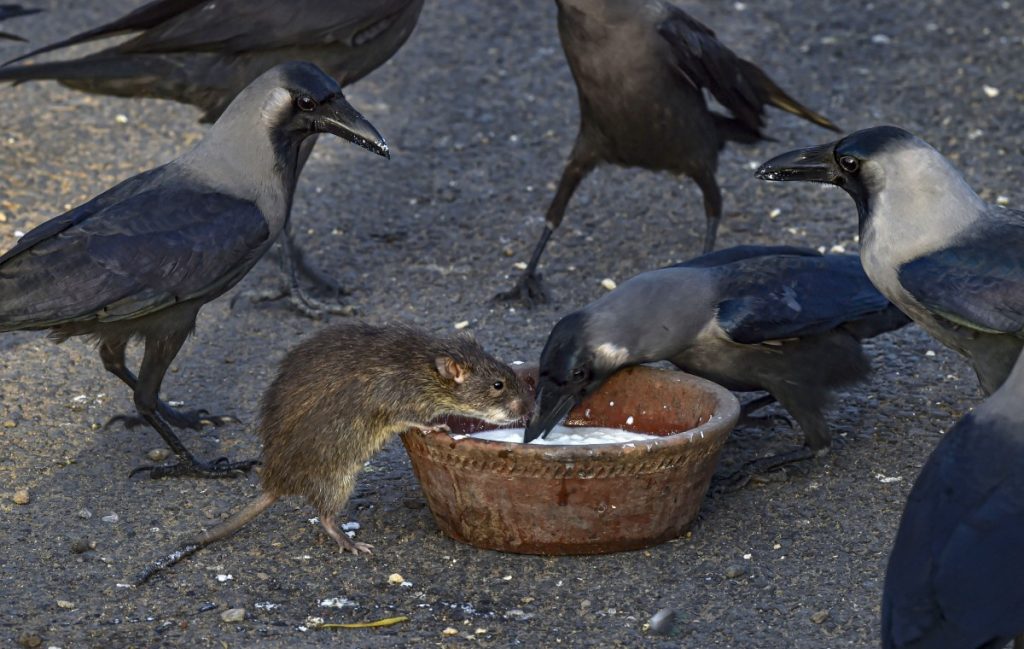 Rats and a crows share food left by people on a roadside during the nationwide lockdown to curb the spread of coronavirus, in New Delhi, Wednesday, April 22, 2020. Photo: PTI

We need to move beyond societal structures of casteism, classism, elitism, and patriarchy as though only a certain section of society is vulnerable. It’s time to realise that this pandemic is an equaliser in that it endangers the entire human species.

Empathy, shared responsibility, and collective understanding stand complementary to the bio-medical measures that interrupt transmission. Both are essential to overcome this pandemic.

We have to defeat the virus medically, but also with wisdom, compassion and humanity. The effectiveness of the fight against the virus will be determined on the level of social solidarity, and the degree to which we’re willing to look out for each other. God forbid, if tomorrow someone in our own home gets tested positive, we won’t abandon them.

Then why must be any less compassionate to our neighbours or even that stranger whose story we hear? Let’s remind ourselves, unlike some other viruses, patients of COVID-19 have little to no control on how they may contract the virus.

We must therefore remember that the real antidote to the pandemic is not segregation, but rather cooperation. This sense of humanity must be viral in every house, street, city, and country.

The trick, as the ancient Taoist saying goes, is to fight the monster without becoming one!

Satvik Varma is an advocate based in New Delhi. A graduate of Harvard Law School, he’s licensed to practice both in India and New York.