Will Congress’s NYAY Really Mean Justice for the Poor?

Any policy that seriously intends to reduce poverty and deprivation should increase social sector spending and look to universalise basic services. 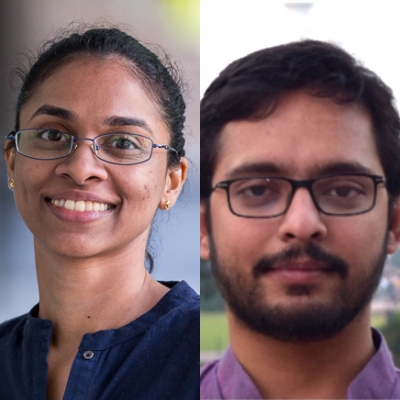 On Monday, Congress president Rahul Gandhi promised a minimum income guarantee scheme or Nyuntam Aay Yojana (NYAY) if voted to power in the upcoming Lok Sabha elections. The proposal involves a transfer of Rs 72,000 per year to 20% of the poorest families in India. He claimed that this “is an extremely powerful, ground-breaking and well-thought through idea”. While all this sounds good, the devil is in the details.

Only time will tell if this is just another election promise or a serious policy proposal. It still needs to be discussed with some seriousness, as universal basic income (or its variants) is increasingly capturing the imagination of economists and policymakers around the world.

Rahul Gandhi claims that NYAY will “wipe out poverty from the country” – a tall claim to make when the proposal only targets 20% of families in the country. This is even lower than the pitiful and controversial poverty line that set the poverty rate at around 29.5% (Rangarajan committee) in 2011-12.

The 20% cut-off is extremely arbitrary. What about families who are not among the bottom 20%, but still fall below the frugal poverty line? Moreover, any poverty-based targeted scheme ignores lakhs of poor who are marginally above the poverty line and need state support for survival.

There are more issues that remain unanswered. How will the eligible households be identified, given that India does not collect income data at all? Hypothetically, India can start collecting data on income to implement this scheme. But it is extremely difficult to collect income data of all individuals on an annual basis. This is primarily because of the nature of the Indian economy, in which about 90% of the population is engaged in informal work, which does not have a fixed pay structure. The incomes of the self-employed, farmers, agricultural labourers, migrants and urban informal manual workers differ significantly from year to year.

Unless accurate income data is available, this scheme will suffer from the problem of identification. For an annual transfer, real-time data on income will need to be collected, processed and published. This is farfetched, given the prevailing employment structure in India and the state of India’s statistical system. Much of the data that was collected as a part of Census 2011 is yet to be released, even after almost a decade.

The Congress claims to have worked out the fiscal implications so that the programme will be doable. If it means to maintain the fiscal deficit, either revenues will need to be increased, or expenditures will need to be cut. The party needs to specify which of the two options it plans to follow, and how.

If expenditures are to be cut, it needs to specify which expenditures will be cut, as the first to take the axe is usually social sector spending. In that case, it is not clear whether NYAY will benefit the poor at all, if it replaces other social sector programmes that they used to benefit from. The leaders of the Congress party have already referred to “expenditure rationalisation”, which, experience tells us, is a euphemism for cutting down on social sector expenditure.

If fiscal resources are to be generated by increasing revenue, as they should be, the Congress party should explicitly call for an increase in taxes on the top income group and introduction of taxes on wealth and inheritance.

What should be done?

Firstly, it is good that a major political force has accepted the sharply rising inequality, which is creating two Indias – of the haves and the have-nots. For many years now, the interests of the poor have been overlooked in favour of large corporate groups, resulting in a sharp rise in inequality of income and wealth in the post-liberalisation phase. There were only two billionaires in India in the mid-1990s, and now there are 131 of them. The top 1% held 52% of the total wealth in 2018, as opposed to the 4.7% share of the bottom 60% of the population.

While it is a positive sign that the Congress is willing to see the divide between the haves and the have-nots, they need to reflect on their role in aiding the burgeoning inequality.

It is absolutely imperative that economic policy focuses directly on the poorest of Indians, rather than being obsessed with growth numbers and waiting for the elusive trickle-down. Even though recent data on consumption expenditure is not available, other reliable data sources suggest that the situation of the poorest has worsened under the Narendra Modi regime.

The bulk of the working poor are manual labourers in agriculture and non-agriculture, and marginal and small farmers. These sections would have been most affected when real wage growth took a nosedive after 2014 and hardly recovered since then. Farm output prices have also declined sharply. The growth in the wholesale price index for food articles was negative for six consecutive months from July to December 2018. This was the worst slump in food prices in the last 18 years.

The last thing India’s poor need today is another botched scheme. The neoliberal regime has launched scathing attacks on the livelihoods of the poor and the vulnerable. What we need is a complete break from the divisive politics of the Bharatiya Janata Party and the current policy framework to an alternate one that puts people before corporate profits and works for the 99%, not just the top 1%.

We suggest alternate measures to this end. Any policy that seriously intends to reduce poverty and deprivation should increase social sector spending, look to universalise basic services and make specific provisions for two groups of people: those who are in the labour force (working and looking for work) and those who are not a part of it (the elderly, disabled and other vulnerable groups). For the first group, the government should look into strengthening the employment guarantee scheme and expanding it to urban areas. It must also enforce minimum wages, implement equal pay for equal work and end caste- and gender-based discrimination in the labour market.

For those who are not in the labour force, income support can and should be given to groups such as the elderly, disabled and single women. The Central government’s contribution to old-age pensions is currently at painfully low amounts (Rs 200 per month), and needs to be increased several times to be meaningful.

Another way is to provide income support to women for unpaid care work, as was suggested in the Economic Survey 2016-17. By universalising basic services and employment guarantee, providing adequate pensions to vulnerable groups and recognising unpaid work, the forthcoming governments could genuinely deliver powerful and ground-breaking ideas.