On Saturday, August 29, an acquaintance was allegedly asked by the Delhi Police Special Cell to sign a statement accusing Khalid of advocating a 'chakka jaam in Delhi" at an "opportune moment" and promising money. 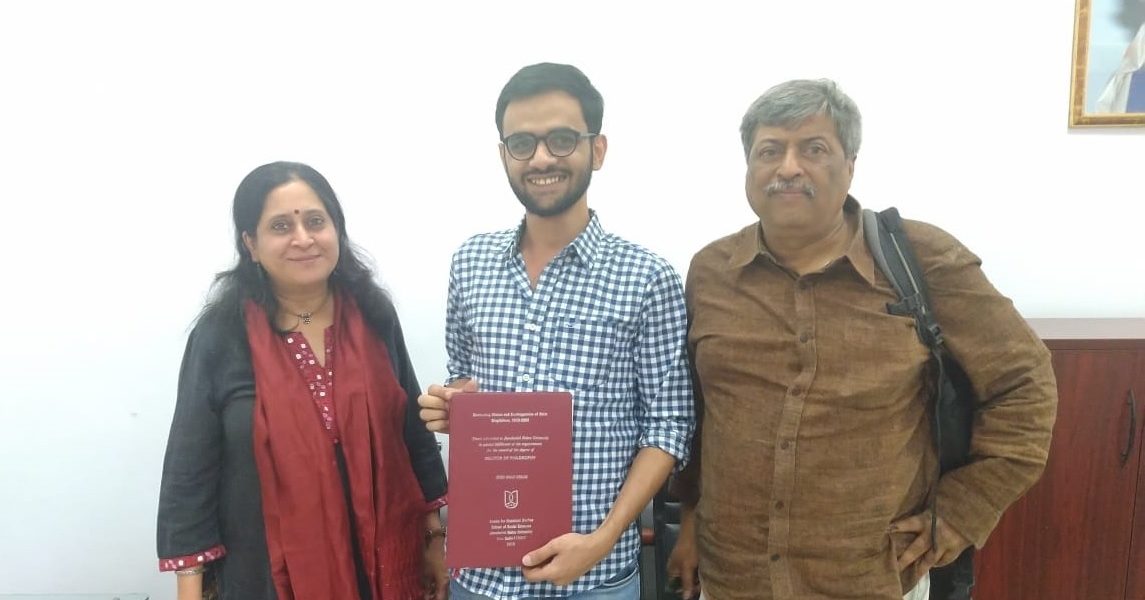 New Delhi: The young historian and activist Umar Khalid has written to the Delhi Police commissioner protesting alleged attempts by investigators to put pressure on his acquaintances to implicate him in the communal violence which rocked the national capital in February this year.

The riots followed a provocative speech by BJP leader Kapil Mishra at the site of a sit-down protest by Muslim women against the Citizenship (Amendment) Act in Jaffrabad in north-east Delhi on February 23. A total of 53 people lost their lives, three-quarters of whom were Muslims.

With the police advancing the theory that the riots were the product of a ‘conspiracy’ by leaders of the anti-CAA movement, Khalid, as one of the activists involved in the peaceful protest against the CAA, has emerged as a key target. But, in the absence of evidence linking Khalid directly or indirectly to any act of violence, the police has so far not been able to take him into custody.

In a letter to police commissioner S.N. Shrivastava on September 1, Khalid cites details of what transpired during the “questioning” of an acquaintance by the Delhi Police Special Cell on August 29. As narrated by the acquaintance – whose name The Wire is withholding – police interrogators drew up a prepared statement about Khalid’s supposedly proposing a “chakka jaam in Delhi” at the “opportune moment” and asked the young man to sign it.

Also Read: Delhi Riots 2020—There Was a Conspiracy, But Not the One the Police Alleges

When the acquaintance said he had no knowledge of these and other claims, he was threatened with himself being implicated in the violence and arrested under the Unlawful Activities (Prevention) Act – India’s draconian anti-terror law. The young man reluctantly agreed to sign the police statement. At this point, a senior officer added another line about Khalid promising to raise funds and the acquaintance was made to read the full “statement” in front of a video camera “in a natural way”.

Recollecting the statement from memory, the acquaintance told Khalid that this is what the police made him say:

“After the passing of the CAA by the Government of India, there was a lot of anger amidst the Muslim community. This law came to be perceived as anti-Muslim. Protests, demonstrations, and meetings pertaining to this started across places. One such meeting took place on 26 December 2019 at Indian Social Institute, Lodhi Road, in which I went. In this meeting, Jamia Coordination Committee and students of JNU and DU were present. Members of United Against Hate were also present in this meeting. I also got to know that members of Hum Bharat ke Log were also there. I got to know that in different Muslim majority regions Shaheen Bagh protests have to be set up. And in these protests, to the maximum extent possible, women and children will be involved so that police is unable to take action. Umar Khalid said that at the opportune moment we will organize a chakka jam in Delhi so that the Government is forced to withdraw this law. On 28.12.2019, Delhi Protest Support Group was created on Whatsapp. To ensure that these protests are long-term and 24 hours, funds will be given.“

The acquaintance said he told the police he had no knowledge of the sentences marked in bold above but chose to sign the statement because of the pressure he was placed under.

According to what the acquaintance told Khalid, there were two video recorders – one on a tripod and the other an officer’s phone camera. “While recording the video, [he]… looked nervous and hence looked away from the camera in this nervousness, [and] was gestured by the officers to look into the camera directly and not look away. They recorded the video, sealed the chip from the camera on the tripod and made him sign,” Khalid said.

‘Building a narrative in absence of evidence’

“None of what is attributed to me in this pre-drafted statement that [my acquaintance] was coerced into giving was ever said by me,” Khalid’s letter to the police commissioner says. “Despite not having a legal case or evidence against me, [the police] are attempting to build a narrative in the minds of the general public to create ground to take action against me based on such obviously false accounts and fabricated statements.”

Khalid’s letter adds, “This is not the first time that I am hearing of such “confessions” against others being extracted under duress with threats of arrests or arraignment to falsely implicate others. Even specifically against me, previously, the police claims to have obtained a “confession” from Tahir Hussain, where he allegedly says that Khalid Saifi arranged a meeting between him and me at the PFI office at Shaheen Bagh on 8th January 2020. This is absolutely false and does not have an iota of truth, as I have never met Tahir Hussain or been to the PFI office and I have already clarified this publicly. In fact, when I was questioned by the Special Cell on 31st July 2020, I was not even asked a single question about this supposed meeting with Tahir Hussain.”

Khalid speech was about Gandhian resistance

Apart from naming him in the FIR against Tahir Hussain, the Delhi Police has blamed Khalid in one of the first riot-related FIRs, 59/2020, for making a so-called ‘provocative’ speech. Though other activists have been arrested and jailed, the police have so far refrained from taking him into custody, presumably because the speech which Khalid made in Amravati, Maharashtra on February 17 not only didn’t advocate violence but openly opposed any violent protest:

“Now [Modi’s] friend [Donald Trump] is coming to India, and on 24th of February he will go to Ahmedabad… We promise when Donald Trump comes to India on 24th, then we will tell that the PM of India and the Government of India is trying to divide the country, destroying the values of Mahatma Gandhi and that the people of India are fighting against the Government of India. If the rulers want to divide India, the people of India are ready to unite the country. We will come out on the streets. Will you?”

Union home minister Amit Shah also attacked Khalid in parliament in March this year, misquoting his speech to suggest the activist had urged people to “block the streets”.

From the home minister down to police investigators, the common thread appears to be to blame the Khalid for instigating the anti-CAA protestors to block off streets in Delhi. The police claim this was the trigger for the riots, even though there were multiple street protest sites and violence broke out first only at Jaffrabad – where BJP leaders evidently mobilised supporters with the intention of forcibly evicting the protestors.

The Wire has asked Eish Singhal, Delhi Police PRO for a reaction to Umar Khalid’s allegations and will update this story when it is received.