The commission's order was dated March 13, but reached the complainant only last month. In the same order, monetary compensation was also awarded to the members of a fact finding team of lawyers from Telangana. 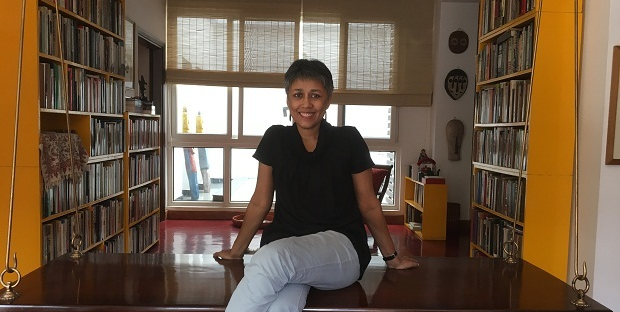 New Delhi: In a case concerning the registration of a first information report (FIR) against Nandini Sundar, Archana Prasad, Sanjay Parate and three others, the National Human Rights Commission (NHRC) has awarded monetary compensation for suffering “great mental pain and agony as a result of false FIRs against them by the police.”

In its order dated March 13, which was received by the complainant (the People Union of Civil Liberties or PUCL) only last month, the commission has directed the Chhattisgarh state government to pay Rs 1 lakh to each of them. “During the course of [the] investigation, it was found that there is no case made out against these six persons and, therefore, their names were deleted from the FIR in which their names were initially included,” read the order.

“In our considered opinion, these persons would have certainly suffered a great mental pain and agony as a result of the registration of false FIRs against them by the police, which is a violation of their human rights,” added the order while directing the state government, through the chief secretary, to pay the compensation within a period of six weeks.

The chief secretary of Chhattisgarh, Rajendra Prasad Mandal, told The Wire, “I have instructed the home secretary to take up the matter.” However, the individuals concerned are yet to receive any communication from the state government.

‘Not received any communication’

“We hope that the police officials responsible for filing false charges against us, especially then IG Bastar S.R.P. Kalluri will be investigated and prosecuted. The false charges were filed immediately after the CBI indicted SPOs and Salwa Judum leaders under Kalluri’s command for the burning of the villages of Tadmetla, Timapuram and Morpalli as well as the murderous attack on Swami Agnivesh in 2011,” they added. 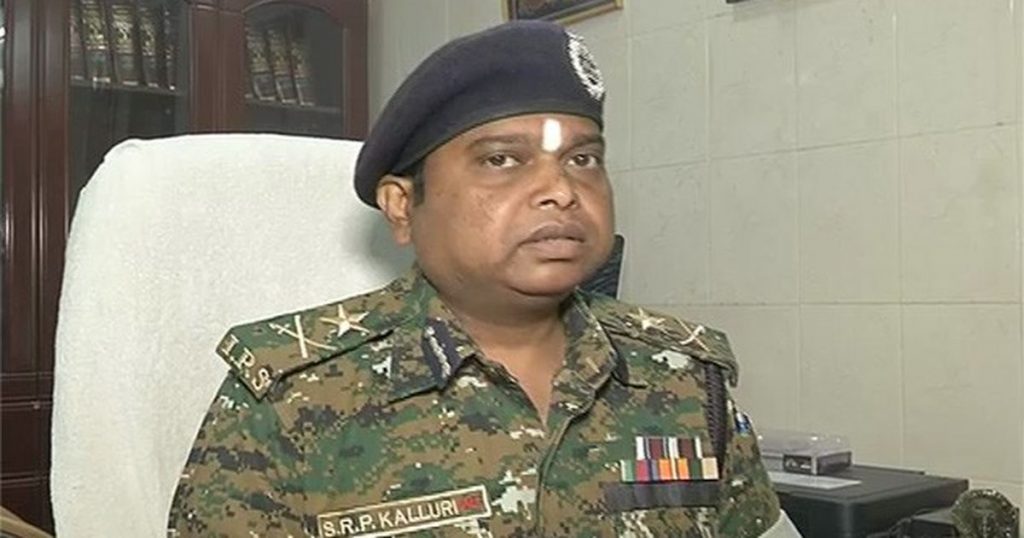 Thanking the PUCL for taking up their case with the NHRC, the statement further noted that the organisation has taken up many cases “human rights defenders” in Chhattisgarh. “It is deeply distressing that PUCL secretary and advocate Sudha Bhardwaj who took up such cases in Chhattisgarh has herself been arrested under false charges. We trust that all human rights defenders who have been falsely accused will get justice,” they said. Bhardwaj is among the 12 persons – all lawyers, activists and academics – who have been arrested in the Bhima Koregaon case.

On November 5, 2016, the Sukma (Bastar) police had registered a case against the six individuals in connection with the murder of Shamnat Baghel, a resident of Nama village in Sukma district. The case was registered on the basis of a statement allegedly made by the deceased person’s wife and they were charged for murder, criminal conspiracy and rioting. However, in February last year, the state police dropped their names in the murder case, registered at the Tongpal police station of Sukma district. In a chargesheet filed before a local court, the police said during the investigation they did not find any evidence against them.

A Hindustan Times report quoted the superintendent of police, Sukma, as saying that the statements of the villagers that were taken “suggests that they were not present at the time of the murder”. Therefore, the police took back the cases against the individuals.

Professor Sundar teaches at the Delhi University, Professor Archana at the Jawaharlal Nehru University and Vineet Tiwari is associated with the Joshi Adhikari Institute of Social Studies. Sanjay Parate is an office bearer of the Communist Party of India (Marxist)’s Chhattisgarh unit, Manju Kawasi and Mangla Ram Verma are local residents. In May 2016, the six of them had visited Bijapur, Sukma, Bastar and Kanker of the state as part of a fact-finding mission. According to the fact-finding report, “The focus of the visit was on the situation of ordinary villagers who are living through the conflict between the state and Maoists.” 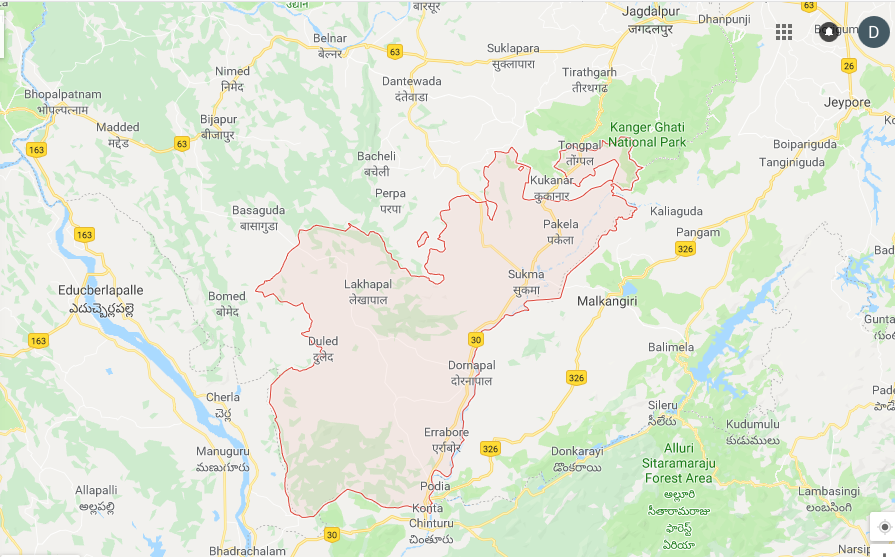 The registration of an FIR against these individuals had created a “nationwide outcry and protest”, forcing NHRC to take suo motu cognizance of the matter. Relying on the statement of PUCL, the commission had issued summons to the then chief secretary of Chhattisgarh and inspector general of police, Bastar range, S.R.P. Kalluri, “to explain the allegations of hostility and abuse of power against human rights defenders”.

Referring to the FIR, the PUCL in its statement had noted, “Even if we are to believe that an unlettered village woman can clearly remember and repeat the six unfamiliar names above, which she heard during this incident under very dire circumstances, and even accepting this unlikely story in its entirety, it is evident that no crime can be made out in the FIR against the members of the fact finding team and they certainly cannot be held accountable and implicated for murder on the basis of this statement.”

Moreover, in the same order, the commission also directed the state government to pay monetary compensation (Rs 1 lakh each) to the members of a fact finding team of lawyers from Telangana.

In December 2016, seven human rights lawyers who were part of a fact-finding team enquiring into the rising cases of encounter killings in Chhattisgarh’s Bastar region were arrested and booked under the Chhattisgarh Special Public Security Act (CSPSA). According to sources, the Chhattisgarh police has claimed that the team was carrying Rs 1 Lakh, which was supposed to be given to the Maoist party. However, the activists had denied the allegation vehemently.

“In the opinion of the Commission, since false FIRs was registered against all the aforesaid seven persons and later they were acquitted of all the charges by the Chief Judicial Magistrate, Sukma, they have definitely undergone mental trauma and agony and for this violation of their human rights, we recommend and direct the Government of Chhattisgarh through its Chief Secretary to pay a sum of Rs. One Lakh as monetary compensation to each of the seven lawyers of the Fact Finding Team of Telangana,” noted the order.

Meanwhile, the PUCL has welcomed the NHRC directions to the Chhattisgarh government, ordering compensation. However, the civil liberties group also added that “we are disappointed that the NHRC was not inclined to consider two other cases of fake FIRs under its purview: that of the Bastar journalist Santosh Yadav, and of Dr. Lakhan Singh, the former president of PUCL Chhattisgarh, now deceased.”

“We are dismayed to note that the government of Chhattisgarh has not taken, nor has it been directed by the NHRC to take, any punitive criminal action against Mr. SRP Kalluri or any other police officer involved in these criminal actions of malicious prosecution, which are evidently meant to punish those speaking out against atrocities committed by the Chhattisgarh police and other armed forces,” the PUCL noted in a statement released on Friday.

According to the PUCL, “Till such actions are not recommended by the NHRC, the impunity of the police force in the name of combating insurgency in the state of Chhattisgarh and other states will continue unabated.”

Disclosure: One of the individuals awarded compensation by the NHRC, Nandini Sundar, is married to a founding editor of The Wire.

Note: This article was updated on August 7, 2020, with PUCL’s response.