Three men – a resident of the locality where the crime occurred and two student activists – have been in jail for seven days now. 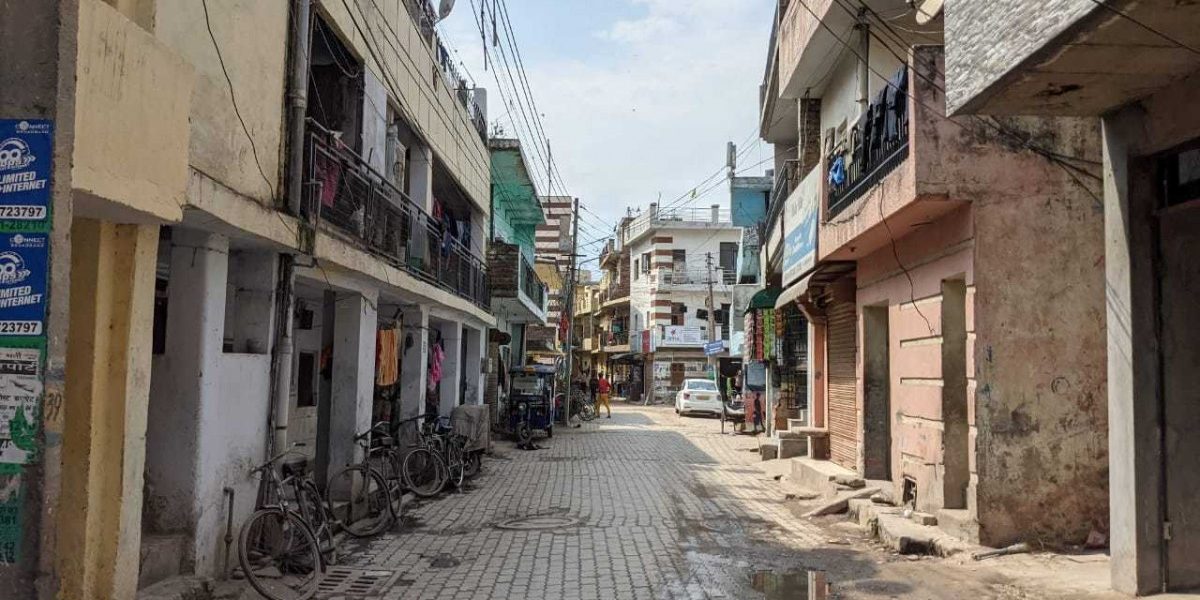 Chandigarh: Waves of shock gripped Chandigarh city when a semi-naked, bloodied and disfigured body of a six-year-old girl was spotted by a passerby in the woods near Hallo Majra area on March 6. Later on the same day, it was learnt that the girl was a resident of the same locality who had gone missing on her way to tuition on March 5. She belonged to a family of migrants from Bihar’s Sitamarhi. They have been living in a small room in a three-storey building which they rent out for Rs 2,000 per month since they moved to Chandigarh for work two years ago. The girl’s father is a factory worker in Hallo Majra and her mother stays at home.

Hallo Majra is a poor locality and home to a large number of migrant families. The area is on the outskirts of Chandigarh and far removed from the lush greenery, wide roads and big houses which the city is known for. Narrow and kutcha streets and overcrowded homes are distinct features of this locality. The area is also known to have a high rate of petty crime.

On March 6, hours after the body of the six-year-old girl was found, almost all residents of this locality and many others from across Chandigarh encircled the police beat box located right outside the main entrance of the Hallo Majra residential compound. The crowd, shocked by the gravity of the crime, demanded immediate action by the police. Students of Punjab University (PU) who actively speak out on social issues and also run free tuition services in Hallo Majra for poor children gathered at the beat box to demand justice for the girl, too.

But late in the evening on the same day, a peaceful gathering turned into clashes between the Chandigarh police and the residents. Those who held a demonstration outside the police beat box were allegedly brutalised by the police and three men were arrested from the spot under a non-bailable offence.

Speaking to The Wire, Amandeep Kaur a student activist from PU, said that the Chandigarh police is following the ‘Uttar Pradesh model’ and curbing their right to hold a peaceful demonstration against the rape.

“Residents had organically gathered outside the beat box. Around 700-800 people. They were ready to take the law into their own hands. They wanted the suspects to be handed over to them. Students from PU and other rights organisations gathered too. They tried to pacify the crowd. But by 7 pm, the police started baton-charging the crowd and arrested three people,” she said. Accusing the Chandigarh police of brutalising the crowd, another activist named Sara said that a 14-year-old girl, Sandhya, was assaulted with PVC pipes and wooden sticks. “Women were pulled by their hair and men were mercilessly beaten by multiple police officers,” she said.

Of the three people arrested by the Chandigarh police, two are student activists from PU and one is a local resident of Hallo Majra who owns a small departmental shop in the area. All three have been named in a single FIR and booked under multiple sections of the IPC and a non-bailable offence. They have been in the Burail Jail in Chandigarh since March 6.

Amandeep and Sara also told The Wire that student activists from PU have old feuds running with the police in the area.

The students of PU hold demonstrations in support of the farmers’ movement almost every day at the crossroad near Hallo Majra. They were also leading anti-Citizenship (Amendment) Act rallies in Chandigarh last year. Student activists from PU told The Wire that the police and local political leadership of the Bharatiya Janata Party have never liked their mobilisation.

According to the wife of Hallo Majra resident Gopal, who was arrested along with student activists, the police are “trying to hide something” and didn’t want public anger to simmer. “They arrested those who were protesting so that others wouldn’t gather. They did this to instil fear in others,” she said.

The arrest of those holding demonstrations and building pressure on the police is being perceived with suspicion by some residents of Hallo Majra and student activists. 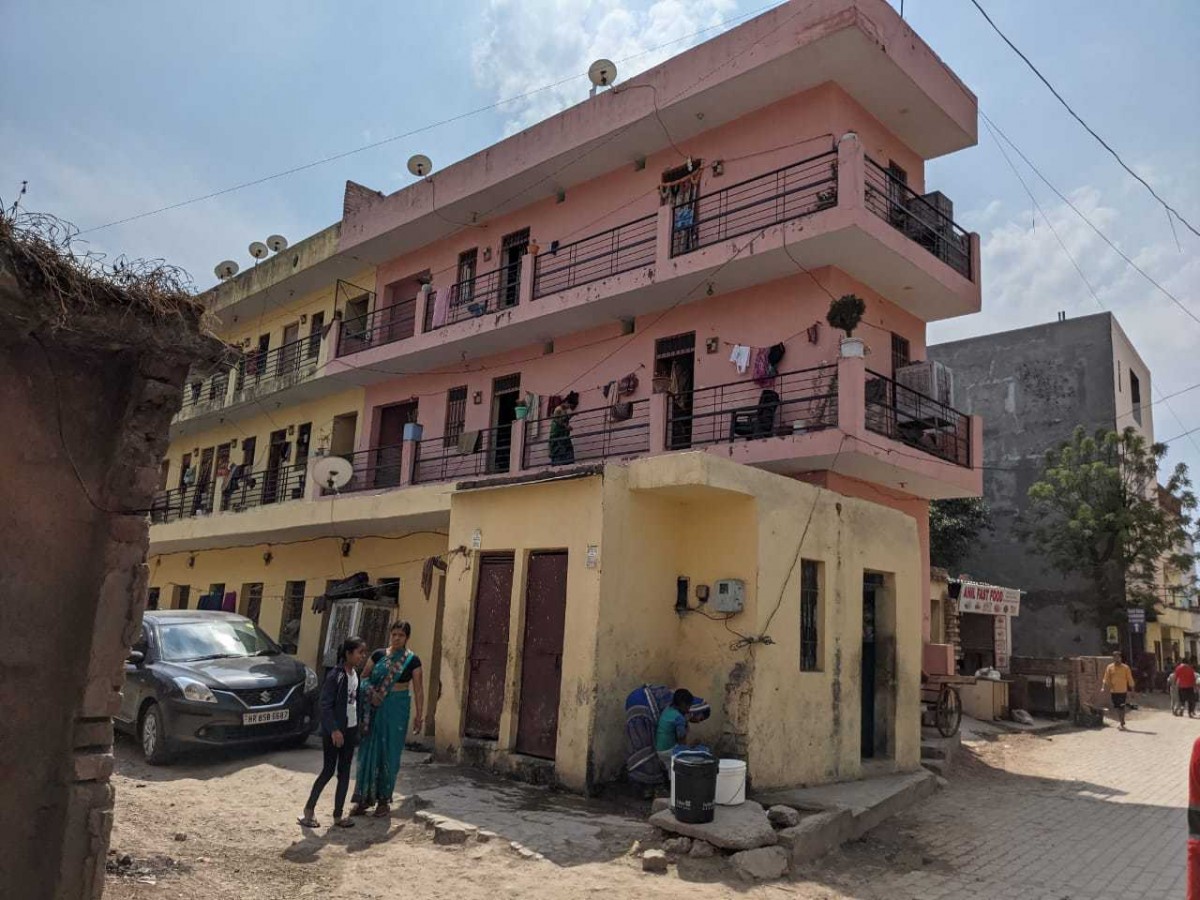 Gopal’s wife also alleges that her husband and the other two men were tortured in police custody. “I saw my husband at the police station on the night he was picked up. I could see he had trouble walking. I could see he was brutalised,” she said. “Why would they arrest and beat up those demanding justice and not focus on their investigation?” She also raised doubts on the medical examination report which is supposed to be provided to the family and the lawyer within a day of the arrest.

“We have not been given any medical report in the file. This is definitely a flouting the norm. We should have been given the report by now but I’m hopeful they may submit the report at the bail hearing at the sessions court on Monday,” advocate Gursharan Singh, who is representing those arrested, told The Wire.

Gopal’s wife also said that if the police didn’t want people to gather and block the highway, they could have dispersed them instead of arresting them under a non-bailable offence.

“Why have they kept my husband and others in jail for such a long time? Even if they made a mistake, they should be released. So many people who have committed heinous crimes like rape and murder are still on the run, but those demanding justice are in jail,” she said.

A day after the body of the six-year-old girl was found in the woods, the Chandigarh police arrested a 12-year-old boy from the same locality. He was arrested on the basis of CCTV footage which showed the girl riding pillion on a bicycle with him.

The mother of the six-year-old girl told The Wire that she trusts the police investigation but asserted that the 12-year-old boy couldn’t have executed a crime of this nature all alone.

Gopal’s wife also said that “nobody believes that a 12-year-old boy could have done this all alone”. “There is definitely more to this case,” she said.

The mother of the six-year-old also suspects that another boy who lives in a three-story building across the street, which overlooks their room, could be an aid to the 12-year-old boy. But she is also convinced that the police will be able to find out who it is sooner or later.

Watch: ‘If Authorities Had Listened, She Wouldn’t Be Dead’: Bulandshahr Rape Victim’s Family

“Sometimes petty thieves steal valuable items from a bag and then throw the rest of it away in the woods, this was something similar to that. It had nothing to do with the case,” he told The Wire.

He further said that the 12-year-old boy admitted to his crime in police custody and the case has now been transferred to the crime branch of the Chandigarh police.

While the residents of Hallo Majra and student activists from PU are shocked at the gravity of the rape and murder of a six-year-old, the behaviour of the Chandigarh police towards peaceful protestors, they say, resonates with the larger attempt to curb dissent and democratic rights in India.

On Friday, March 12, advocate Amarjit Chahal filed a bail plea on behalf of the three men arrested. The hearing will take place on Monday, March 14.

“We’re hopeful all three will be released on Monday. They’ve spent more than a week in jail,” Amandeep said.