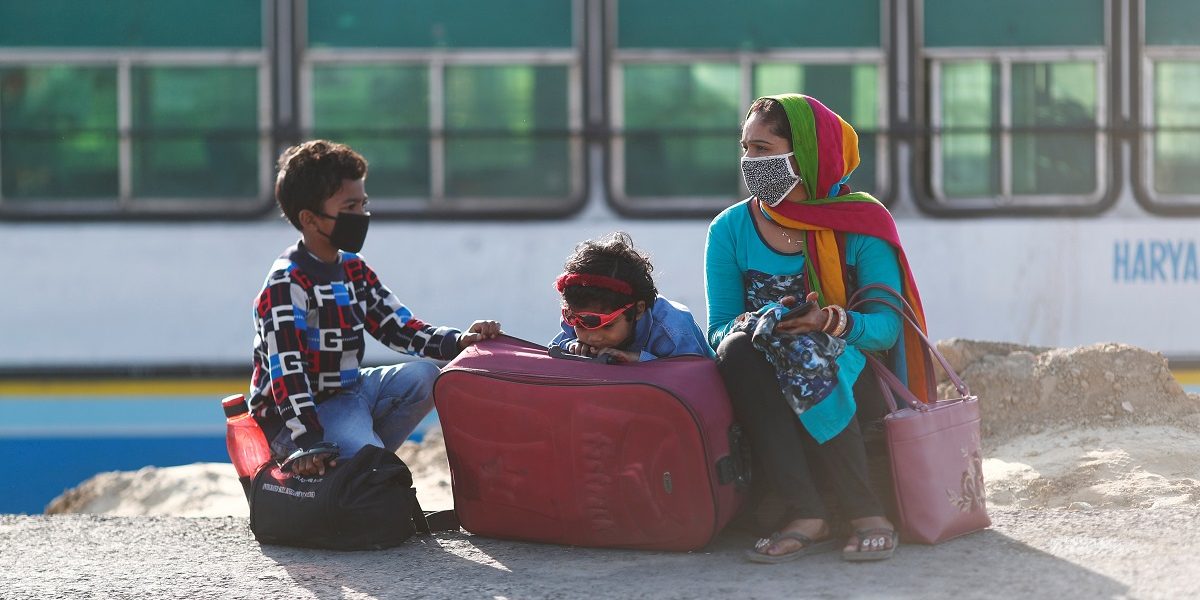 New Delhi: With the long lockdown due to COVID-19 severely impacting the lives and livelihoods of a large number of migrant labourers, it was no surprise that day one of the Monsoon Session of the Lok Sabha was dominated by a large number of questions by MPs on their welfare.

Many MPs asked, through unstarred questions, how the Centre had attempted to assess problems faced by migrant labourers during the lockdown.

Replying to these, Minister of State for Labour and Employment, Santosh Gangwar, said while statewise data was “not available on assistance provided to migrant workers,” India as a nation responded to the “unprecedented human crisis” through the various governments, local bodies, self-help groups and non-governmental organisations and professionals.

Asked by seven MPs if “thousands of migrant labourers have died during lockdown,” Gangwar gave the stolid reply that “no such data is available”.

To questions on whether free rations was distributed to all ration card holders, he answered that state-wise details were not available.

“However, 80 crore people are being provided additional 5 kg wheat or rice and 1 kg of preferred pulses, free of cost every month till November, 2020,” he said.

This, he said, includes “all the beneficiaries under provisions of National Food Security Act.”

Further, the minister said, “To empower millions of migrant workers and labourers working in various organised and unorganised sectors to seamlessly receive their food security entitlements under National Food Security Act (NFSA), irrespective of their physical location in the country the government has started the implementation of One Nation One Ration Card (ONORC) Plan. With the implementation of this plan the migrant beneficiary can get food security from any fair price shop of his choice anywhere in the country.”

Asked “whether the government has received complaints regarding corruption in distribution of free ration and if so, the action taken thereon,” the minister said, “whenever any complaint is received, action is taken as per existing rules.”

He said the Centre issued “comprehensive advisory guidelines to the states and UTs” on July 27 for the welfare of the migrant workers returning to the destination states and they were asked to take adequate steps to streamline the migration of the workers to mitigate their hardships.

He said states and UTs have also been advised to maintain updated data of migrant workers to facilitate the administration to extend them benefits of the welfare schemes of the government.

Gangwar said the ministry has, as part of Pradhan Mantri Garib Kalyan Yojana (PMGKY) and Atmanirbhar Bharat, also undertaken measures such as payment of 12% employers’ share and 12% employees’ share under Employees’ Provident Fund (EPF) from March to August 2020; reduction in PF contribution from 12% to 10% of wages for the wage months of May, June and July, 2020; payment of non-refundable COVID-19 advance from the PF by amending the EPF Scheme, 1952; extension in the date of filing of returns; and using Building and Other Construction Workers (BOCW) cess fund for transfer of adequate funds in the bank account of construction workers affected by COVID-19 outbreak.

The Ministry, he said, has also called for supporting employees and workers by not terminating them and not cutting their wages and taking preventive measures to contain the spread of COVID-19. It also set up control rooms across the country to receive and address the grievances of workers who had been denied wages or retrenched.

To boost employment and livelihood opportunities for migrant workers returning to villages, he said the Centre launched the Garib Kalyan Rojgar Abhiyaan in June 2020 to focus on durable rural infrastructure and providing modern facilities like internet in the villages. Skill mapping of rural migrant labourers was also being done, he claimed.

Gangwar said other ministries were chipping in to “address concerns of migrant labourers.” He said the Ministry of Women and Child Development has launched “various schemes and extended Anganwadi services to children of migrant workers.”

The Ministry of Steel provided assistance to migrant workers and their families by giving them food packets, face masks and milk powder among other things, while the Department of Bio Technology has set up 30 Biotech-Kisan hubs in the country to help migrant workers to earn their livelihood through farming and teach them how to grow high value crops, he said.

To a separate question by Syed Imtiaz Jaleel and Asaduddin Owaisi, on the number of migrant labourers who migrated to their home states due to loss of jobs, the minister did not go into the specifics and only responded that the Centre took numerous measures “in order to mitigate the financial crisis of the migrant workers and protect them from the economic disruptions due to the outbreak of COVID-19 pandemic and country-wide lockdown”.

He added that the Centre enacted the Inter-state Migrant Workmen (Regulation of Employment and Conditions of Service) Act, 1979, to safeguard the interest of the migrant workers as this law provides for registration of establishments employing inter-state migrant workers and licensing of contractors.