Many Voices Question the Opacity, Silence and Haste Around Central Vista Redevelopment Project

Project covers buildings in a four square kilometre area around both sides of Rajpath. Experts question lack of planning and discussion.

New Delhi: The lack of public consultation on the redevelopment of New Delhi’s Central Vista came in for severe criticism from a cross-section of citizens, including architects, urban planners, historians and politicians at a seminar organised by a citizens’ collective, LokPATH. The speakers said the idea has been pushed in an atmosphere of secrecy and opacity for political ends and that it sought to alter the landscape of the area and deprive citizens of open public spaces.

Titled “Voices for the Vista – Questioning the Redevelopment of the Central Vista”, the seminar sought to provide citizens an insight into the plans that the project envisages, the manner in which it is being executed and its impact on the lives of ordinary citizens and the country’s polity.

Under the plan, a new Parliament building is to be constructed, with the existing building converted into a museum. Five big office buildings each would come up on both sides of Rajpath, while the National Museum and Indira Gandhi National Centre for the Arts buildings would be pulled down to make way for the new buildings. The museum would be shifted to North and South Block. The residences of the vice-president and the prime minister are also proposed to move to either side of the Rashtrapati Bhawan and a separate Prime Minister’s Office building is proposed to the south of Rajpath.

While the initial blueprint proposed changing the buildings around the India Gate hexagon too, barring Hyderabad House, that idea has been shelved for now after objections were received, architect Narayan Murthy of LokPATH told The Wire.

Architect Narayan Murthy explaining the changes that have been made to the Central Vista project at the venue of a seminar on the subject.

’80 acres land being removed from public use’

In his address, well known architect and urban designer Prem Chandavarkar, who is also managing partner of CnT Architects, said the Central Vista project clearly imagines citizens to be “passive” onlookers. He said under the plan “about 80 acres of land is being removed from public use”.

Also Read: Why the Redevelopment of Delhi’s Central Vista Is a Matter of Grave Concern

He also wondered why in this era of digital connectivity, all ministries need to be consolidated. Chandavarkar also said the buildings along Rajpath will only grow higher and alter the look of the place from Raisina Hills as right now they only rise up to the treeline. 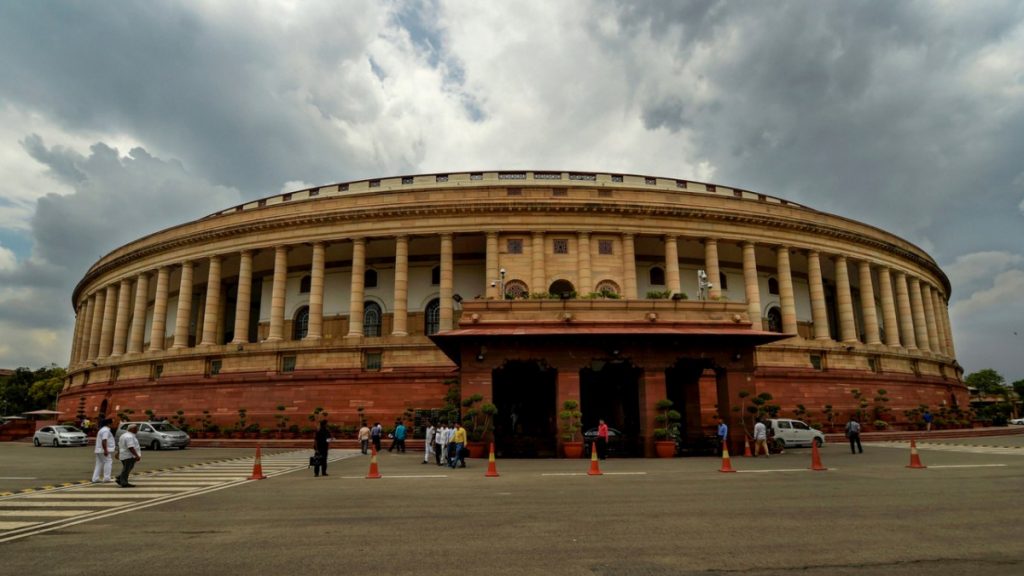 ‘No parliamentary, public debate around project’

Chandavarkar expressed concern that the project would increase the “monumentality” of Central Vista as extended security cordons would reduce public space. “Neither the design nor the need for it was subjected to parliamentary or public debate,” he said, adding that the project is being done in haste.

He said the project should be resisted “through political and legal means”, describing it as a foundational necessity. Later, responding to a question, he quipped that a people’s agitation was needed. “Let’s get the women of Shaheen Bagh to Vijay Chowk,” he said.

Kanchi Kohli, who works on environment, forest and biodiversity governance, said she did not want to predict the impact of the Central Vista project. “I am here to say why the impact will never be known.”

She said a proper environmental impact assessment (EIA) was not done. “What we hear is that all impacts will be dealt with in future – trees will be transplanted, more green spaces will be created, garbage will be taken care of, water will be recycled.”

Incidentally, LokPATH said water meant for around 23 lakh people will be consumed for this project. The construction entails creating over 3 crore square feet of office space and space for 20,000 cars of office goers.

Similarly, she noted that because the project is progressing one building and one plot at a time, it is being treated as a routine building and construction project.

Architect and urbanist Madhav Raman, who co-founded Anagram Architects, spoke about the infirmities the project contains. Through a presentation, he focussed on the project’s ‘irregularities, inconsistencies and opacities’.

He said the Central Vista project, that is expected to cost between Rs 12,000 crore and Rs 20,000 crore, was a case of “large scale land grab for government use of land held in trust for public use”.

On the irregularities, he noted that there will be “irreplaceable land change without compensation and disregard of provisions of master plan.” Also, he noted that the project is a “shape shifting plan” which is being carried out with “piecemeal approvals”.

How can seismic threat be selective to a few buildings?

Raman, one of the key players behind LokPATH, charged that the project is “mummifying living heritage”. “Parliament becomes a museum while national museum becomes a government building”; “vibrant recreational green becomes bureaucratic fortress”. He also spoke about the need to provide security to artefacts held at the National Museum.

As for the “inconsistencies”, he noted that a reason being cited behind the project is that the Central Public Works Department sees “seismic threats” to the North and South Blocks. “Why is there no such similar threat to the Rashtrapati Bhawan, Sansad Bhawan, National Archives and India Gate?” he asked.

On the “opacities’, Raman said there was no detailed project report, project cost estimate, definition of terms and scope; and the earnest money was put at Rs 20 lakh, restricting the field to just six bidders. “No bidder knows how marks were allotted to them,” he added.

Eminent author and historian Narayani Gupta, who has conducted research on urban history and is a founder-member of the Conservation Society, Delhi, said the project seeks to tinker with the modern history of Delhi. She said “public spaces are not just buildings and trees – they live in our memories.”

Gupta said “there are local, national and universal public spaces – each with its own history – they have their own euphoria and tragedy.” She pointed out that Chandni Chowk in Old Delhi and Rajpath in New Delhi represented history in different ways. “Chandhi Chowk is lively – surrounded by organically grown lanes and bylanes. It is an informal space, Rajpath is different. The vista is a section through India’s modern history.”

Saying it is important to preserve historical edifices, she pointed out that in 1989, the Centre agreed to let the canopy near India Gate remain and not put a statue of Mahatma Gandhi there. But now, she said, “the republic is planning to destroy functional buildings” and lamented that “no one is calling for sanity”. Gupta, who has served on the Delhi Urban Arts Commission and Heritage Conservation Committee lamented that they along with Intach have remained silent in the wake of the massive changes that have been proposed.

“Memory is the average man’s handbook of history,” she said, noting that if the project went ahead “some decades from now, few would remember the slender columns of the National Archives”.

‘After demonetisation, another impulsive scheme of the PM’

Former MP and diplomat Pavan K. Varma termed the project “architectural megalomania”. He said the problem is that in India, “We don’t understand the importance of recent history – its evolution in architectural terms – what happens when it is changed unequivocally.”

Terming the Central Vista project another instance of “malaise of monumentalism as fiat and impetuosity and one undertaken without adequate homework”, he quipped that is akin to “a monumental project called demonetisation – which was announced by the PM.”

Varma said demonetisation failed as “planning did not accompany it”. There were thus consequences from which the nation has not recovered. Then, he said, “another scheme which the government is trying to wriggle out of now is the CAA, NPR and NRC. Here too they did not take into account the suffering.”

Now, he said, “this Central Vista project is also part of that malaise – kind of architectural megalomania. The project is impacted by opacity – it is undemocratic in its planning and manner of execution. There is motivated opacity – which is not accidental or oversight, but part of a planned process.” 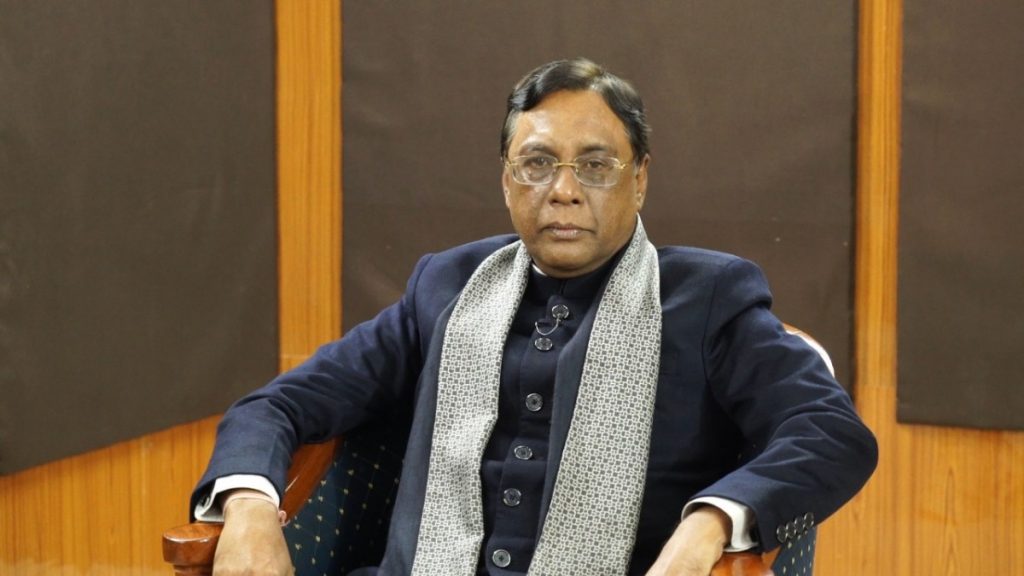 ‘Architectural change should be people-centric’

Varma also said it was a “curious coincidence’ that the firm chosen for the project, Gujarat-based HCP Designs of Bimal Patel, worked on the riverfront project in Gujarat and then in Varanasi. “Why did you not have an open design competition? Why was a public jury of eminent citizens from related fields not formed or public consultations undertaken?” he asked.

He said that while Union minister Hardeep Puri described the project as being in accordance with the “vision of the prime minister, it has to “be congruent with what is best in the interests of the citizens”. “Changes will be inimical to the interests of the people. Putting all bureaucrats in one buildings is a recipe for chaos. Architectural change has to be people-centric,” Varma said.

Varma also asked why there is haste to complete the project by 2024. He said this was to probably “present it with a ribbon before the next general elections.” Charging that this government never takes into account “concern, anguish and consternation”, he urged LokPATH to “stop the government’s unilateral impulses”.

‘A failure to discuss what we want Delhi to be’

Sociologist Amita Baviskar said the project has lost sight of ecology and economy while only focussing on “imperial iconography”. She said the government wants to leave its marks on public spaces.

Baviskar charged that the main fault with the project is its “larger failure to discuss what we want Delhi to be.” She said a few years ago, Sarojini Nagar and Nauroji Nagar were targeted for densification and commercialisation. “We are still mourning the mass slaughter of trees – they lend grace to the city,” she insisted.

Project may entail loss of over 2,000 trees

As for Lutyens’ Delhi, she said, the trees were planted as part of a plan. But now, Baviskar said, taking over public lands – like the Ridge and Yamuna floodplains – is becoming a norm. For the project around 2,000 trees are likely to be felled, she said.

She demanded that there is a need to retain places like India Gate where people can stroll or walk. However, she added, protecting these places will not be an easy task. “This government is implacable and has only contempt for people who differ –it calls them the Khan Market gang,” he said.