Canada's Long Overdue Reckoning With Its Colonial Past

This year, many towns across the country are canceling Canada Day celebrations and encouraging people to use the day to learn about the residential school system and reconciliation with Indigenous people.

FILE PHOTO: Kamloops residents and First Nations people gather to listen to drummers and singers at a memorial in front of the former Kamloops Indian Residential School after the remains of 215 children, some as young as three years old, were found at the site last week, in Kamloops, British Columbia, Canada May 31, 2021. Photo: Reuters/Dennis Owen

Dustin Ross Fiddler was raised with these stories. They are not new. He heard them from his grandparents, his parents, the elders in his community, countless uncles and aunts — stories of the stolen children who never came home.

“This was something that was truth and knowledge to Indigenous people. But a large majority of Canadians did not learn about it until a gruesome discovery such as this,” said Fiddler, a councilor with Waterhen Lake First Nation, a Cree Indigenous community located in the northwest of the Canadian province of Saskatchewan. “And it’s sad that it takes a gruesome discovery for people to question their blind spots.”

The discovery of more than 700 unmarked graves on the site of a former Indigenous residential school in Saskatchewan, just weeks after a similar smaller finding in British Columbia (B.C.), has sparked a long overdue reckoning with the country’s colonial past.

As more Indigenous communities across Canada begin to unearth the remains of children who have been lost for decades, Fiddler is bracing himself.

“I know that I will have relatives in these unmarked graves,” Fiddler said. “And that’s not just my individual experience… when each site is discovered or about to be explored, you have this anxiety and apprehension. You’re not entirely certain how many relatives will be there.”

Residential schools operated in Canada for over 150 years, with more than 150,000 children passing through their doors until the last ones closed in 1996. Indigenous children were taken from their families, often by force. They were housed in crowded, state-funded, church-run facilities, where they were abused and forbidden from speaking their languages. The system’s purpose: “To kill the Indian in the child.”

“The use of the word school is a misnomer,” said Cindy Blackstock, a professor at Montreal’s McGill University and the executive director of the First Nations Child and Family Caring Society. “They were prison camps. Their intent was to assimilate these students.” 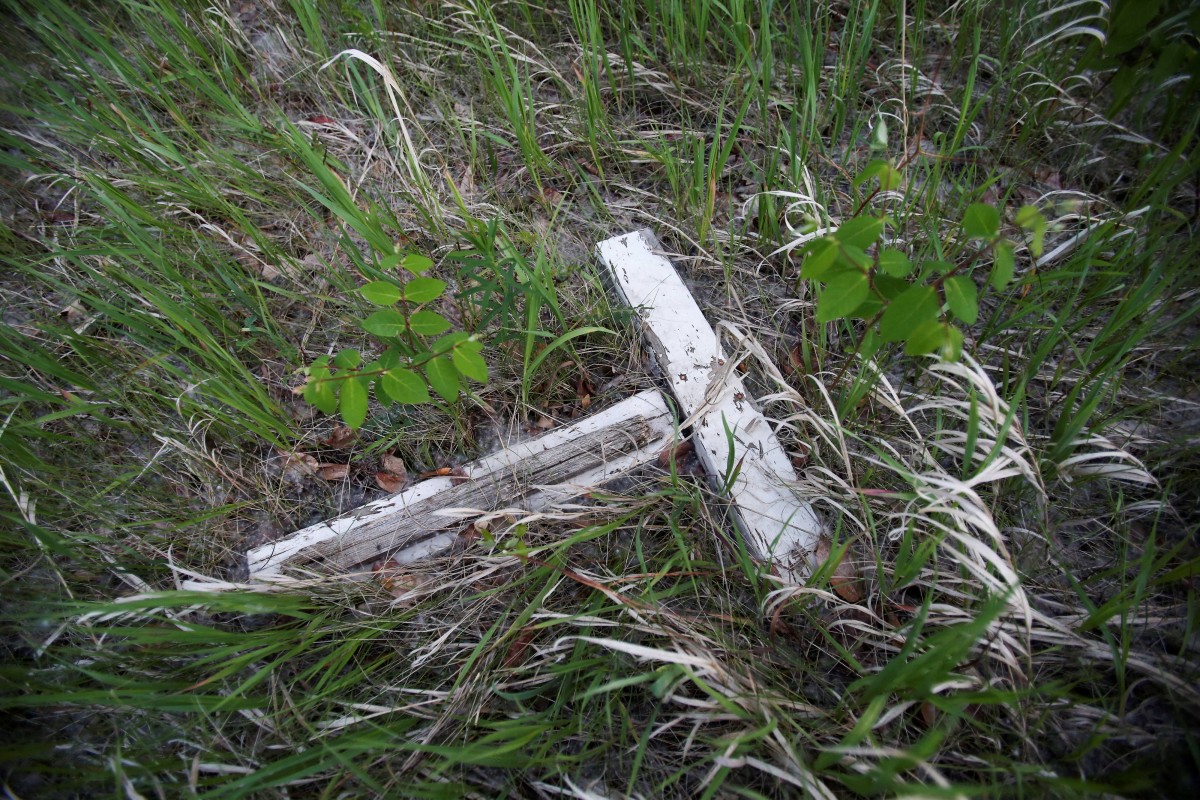 A Truth and Reconciliation Commission, established in 2008 to investigate residential schools, called the practice “cultural genocide.”

Many children never returned home, either dying from neglect, disease or suicide. Their families learned little about their fates. Some were told nothing at all — their children simply disappeared.

The federal government stopped recording the deaths around 1920 after the chief medical officer for Indian Affairs suggested children were dying at an alarming rate.

The Truth and Reconciliation Commission identified 4,120 children who went missing from around 150 schools. Murray Sinclair, an Indigenous former judge who led the inquiry, said in a recent interview with The New York Times that he now believes the number was “well beyond 10,000.”

The commission requested that the Canadian government conduct a fuller inquiry into the missing children, but their request was denied. The work is now being done piecemeal, led by the Indigenous communities, who long for answers.

The federal government has promised to assist communities financially with the searches.

“The hurt and the trauma that you feel is Canada’s responsibility to bear, and the government will continue to provide Indigenous communities across the country with the funding and resources they need to bring these terrible wrongs to light,” said Canadian Prime Minister Justin Trudeau in a media statement. “While we cannot bring back those who were lost, we can – and we will – tell the truth of these injustices, and we will forever honor their memory.”

In May, 215 children’s remains — some as young as three years old — were found by the Tk’emlups te Secwepemc First Nations using ground-penetrating radar at a different Indigenous residential school in Kamloops, B.C.

Canada’s federal government apologized for the residential school system in 2008, but for Blackstock and other First Nations people, apologies mean little without action.

“What we want is justice. Sending flowers and prayers is not enough,” she said. 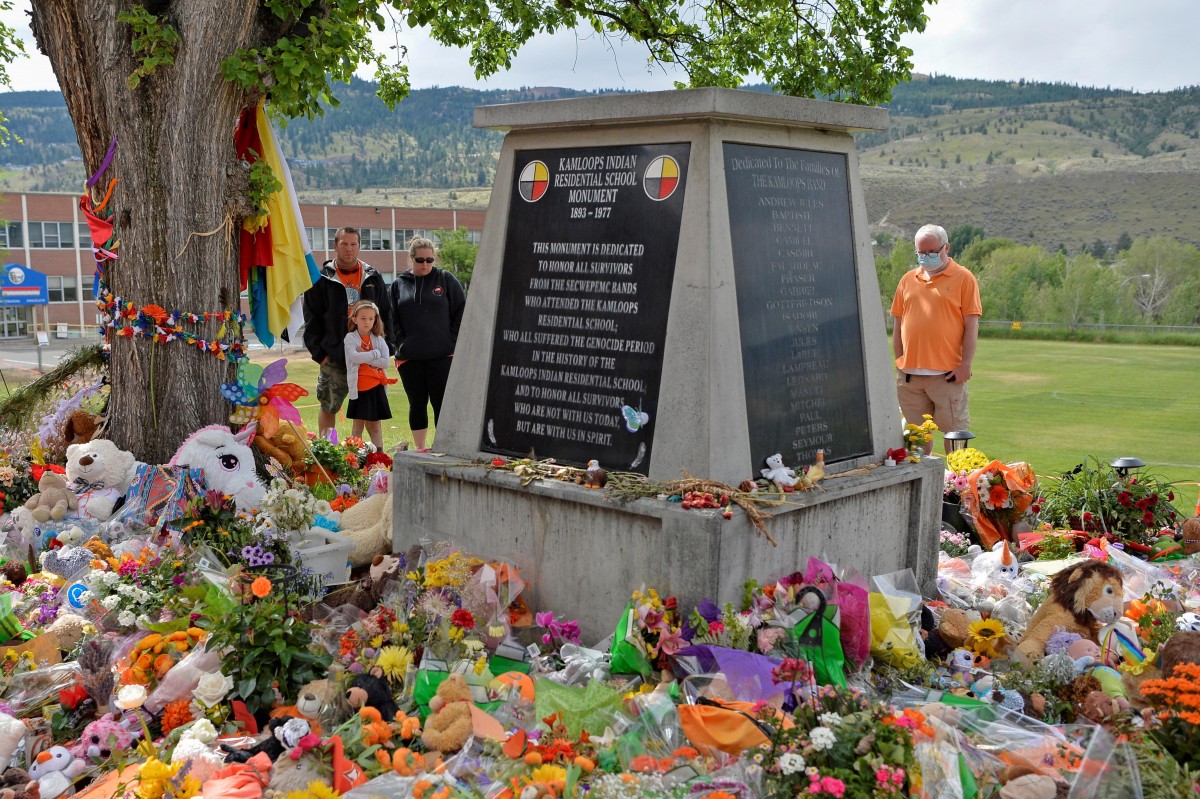 People visit a makeshift memorial on the grounds of the former Kamloops Indian Residential School, after the Tk’emlups te Secwepemc band council encouraged mourners to take part in a national day of prayer to honor the remains of 215 children that were found at the site in Kamloops, British Columbia, Canada June 6, 2021. Photo: Reuters/Jennifer Gauthier/File Photo

Apology from the Catholic Church?

The Roman Catholic Church operated 60% of the residential schools in Canada, while the Anglican Church, the United Church and Presbyterians ran the rest.

Pope Francis has yet to apologise, and the Catholic Church still has not disclosed all the historical documents in its possession that are related to the schools.

The pope is set to meet with Indigenous leaders and residential school survivors in December.

“Pope Francis is deeply committed to hearing directly from Indigenous Peoples, expressing his heartfelt closeness, addressing the impact of colonization and the role of the Church in the residential school system, in the hopes of responding to the suffering of Indigenous Peoples and the ongoing effects of intergenerational trauma,” said the Catholic Bishops of Canada in a statement.

Six years after Canadian Prime Minister Justin Trudeau affirmed his government’s commitment to implement all 94 calls to action recommended by the Truth and Reconciliation report, few have been completed. A December 2020 investigation by the Yellowhead Institute, a First Nation-led research center based in Toronto, found only eight have been fully implemented.

For Blackstock, the residential school system is not a closed chapter of Canada’s history. Systemic racism prevails in the systems that replaced it.

Also read: Debate: ‘Colonialism Is Conquest of Land, Labour Exploitation, Oppression – All at Once.’

The 2016 census revealed that First Nation, Inuit and Metis children represented only 7.7% of all children under the age of 15 in Canada but accounted for 52.2% of children in foster care. More than 30% of inmates in Canadian prisons are Indigenous — even though they make up just 5% of the country’s population.

This year, many towns and cities across Canada are canceling Canada Day celebrations and encouraging people to use the day to learn about the residential school system and reconciliation with Indigenous people.

For non-Indigenous Canadians like Eva Goldthorp, the news from Cowessess and Kamloops has been an awakening.

“Only after the Kamloops story broke did I look into it and realize how little I knew about it,” said Goldthorpe, whose husband is Indigenous.

“I had a perception, like many Canadians, that residential school issues were something that happened a long time ago. I didn’t realize how recent it was. This was still going on while I was alive.”

To show her solidarity, Goldthorp made an orange paper heart with cut-out feathers to hang in the window of her home. She made a few extra ones for neighbors but soon she was fielding calls for more hearts from across the neighborhood. Her hearts are sparking conversations and causing people like her in Chilliwack, B.C., where she lives, to question Canada’s colonial legacy.

“There should be more education about exactly what went on. When the mass part of society doesn’t really understand what’s going on, people don’t care enough to want to see change,” Goldthorp said.

It’s exactly what Chief Cadmus Delorme of the Cowessess First Nation asked of Canadians during a virtual press conference last week, after news broke of the unmarked graves in Saskatchewan.

“All we ask of all of you listening is that you stand by us as we heal and we get stronger,” said Delorme. “We all must put down our ignorance and accidental racism of not addressing the truth that this country has with Indigenous people. We are not asking for pity, but we are asking for understanding. We need time to heal, and this country must stand by us.”