During many of the demonstrations, Indian students and residents read out the preamble of the constitution. New Delhi: Students, academics and other members of the Indian diaspora, across the world, have raised their voices in solidarity with their Indian counterparts protesting the Citizenship Amendment Act and the National Register of Citizens, wherever they are and in however small numbers they have been able to assemble. In many places, they were joined by non-Indians condemning the twin measures and police brutality in the protests as well.

In the period between December 17 and 19, hundreds of Indian students from institutions such as Oxford, Sciences Po (Paris), Harvard, Cambridge, Columbia, University of Massachusetts, and many others organised peaceful protests in major cities like London, New York, Paris, Washington D.C., Berlin, Geneva, Hague, Barcelona, San Francisco, Tokyo, Amsterdam and Melbourne.

“In all these demonstrations, there has been a call for repealing the CAA and National Register of Citizens (NRC), immediate cessation of use of force against dissenters, quashing of FIR against Jamia Millia Islamia students and restoration of telecommunications across all regions where internet and mobile services are currently suspended,” read a press release on the protests. 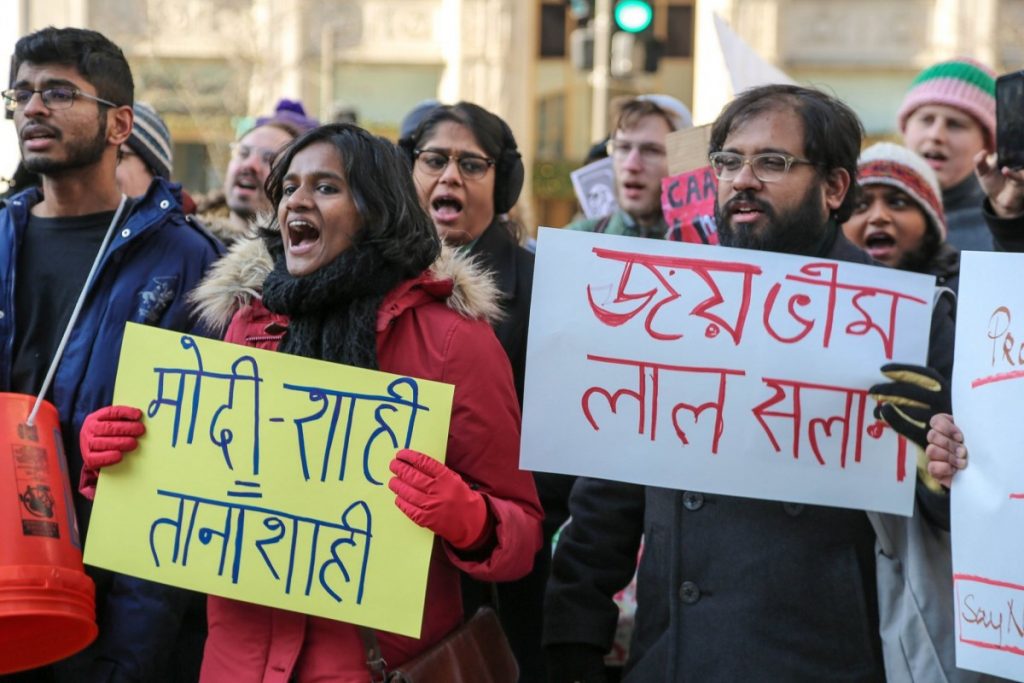 During many of the demonstrations, Indian students and residents read out the preamble of the constitution. Some groups addressed letters to their respective Indian embassies, local governments or local foreign offices to mark their protests.

“The student community also strongly condemns the police violence against students in Jamia Milia Islamia, Aligarh Muslim University, Guwahati University, Delhi University, Cotton University and elsewhere in India and demands an immediate end to the illegal suppression of dissent. As students ourselves, they are concerned over the use of disproportionate police brutality in educational spaces,” they wrote in the statement.

The academic community at the University of Toronto too has released a statement on similar lines, condemning “police violence against these peacefully assembled protesters and supporting their rights to dissent.”

Strongly condemning police violence across protests and at universities, the several hundred signatories wrote, “…We reject the logic of second-class citizenship and majoritarian rule behind these measures. We support the rights of unhindered free assembly that are fundamental in a democracy, and demand the removal of police from all university campuses.”

International students panning several universities across the US and Canada also wrote a statement condemning the initial violence at Jamia Millia Islamia, by police.