When It Comes to Curbing Dissent, Karnataka Is Going the UP Way

Even if the BJP is just utilising laws enacted by other governments, its anti-democratic measures are unlike anything seen in Indian politics. 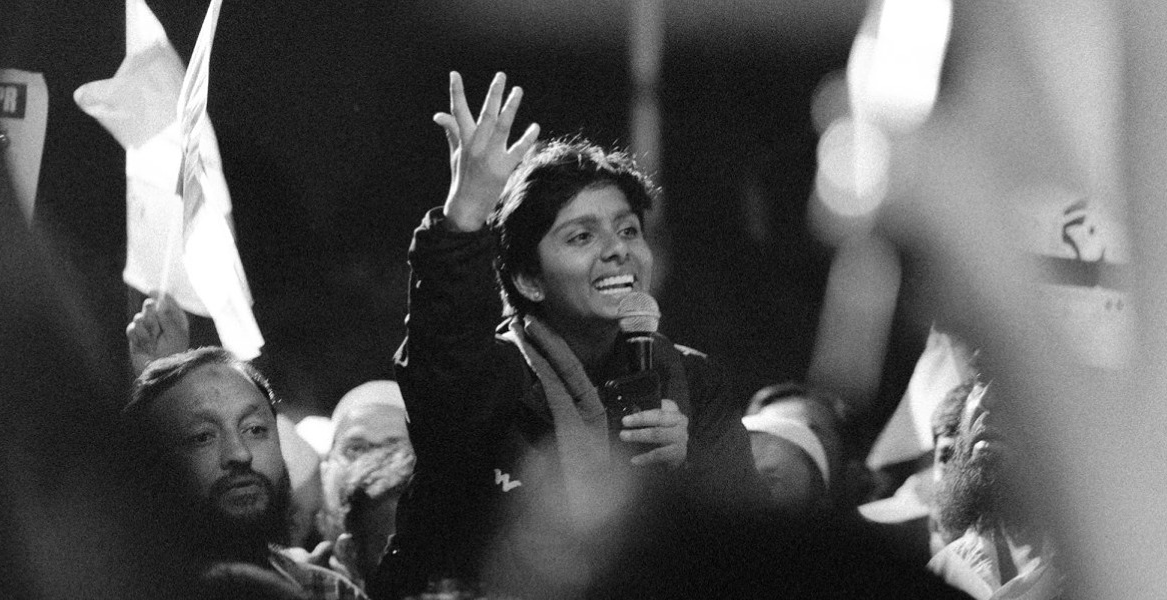 The recent spate of retaliatory actions against anti-Citizenship (Amendment) Act (CAA) protesters in Karnataka are a replication of mechanisms honed by the Yogi Adityanath government in Uttar Pradesh. The fact that both the state governments relentlessly targeting protesters are led by the Bharatiya Janata Party (BJP) is ominously significant.

Considering the horrifying images flooding our visual networks in recent months, one more of the same genre should perhaps not agitate us. Yet it does. On Thursday, we saw 19-year-old Amulya Leona Noronha manhandled and dragged away from the stage after raising the slogan “Pakistan zindabad, Pakistan zindabad” at a public meeting in Bangalore. She was immediately surrounded by a group which clambered onto the stage. As they dragged her away, she shouted, several times, “Hindustan zindabad, Hindustan zindabad.”

The incident comes on the back of several other such crackdowns. The Karnataka government has applied the outdated sedition law on a range of people, cutting across a spectrum of ages and walks of life. The list of those booked under sedition includes “a university student from Mysuru, the headmistress of a school in Bidar and the parent of a nine-year-old studying in the same school, and three Kashmiri students of a college in Hubbali/Dharwad.”

The Karnataka police also arrested journalist and poet Siraj Bisaralli for reciting an anti-CAA poem, besides indicting Rajabaxi H.V., the editor of a website where a video of Bisaralli’s rendition at a literary meet was uploaded.

In the very latest case, charged with sedition and denied bail, Amulya was sent to judicial custody for 14 days. Karnataka chief minister B.S. Yediyurappa lost no time in dubbing the college student an activist who has links with Maoists. “As Amulya’s links with Naxalites (Maoists) were proved in an investigation by the state police, she must be punished and action will also be taken against the people behind her,” Yediyurappa said. Amulya”s father Oswald Naronha has denied the charge and called for an inquiry.

Meanwhile, Sanjeev Marady, leader of the Sri Ram Sene, a Hindu right-wing group, has declared a Rs 10 lakh bounty for killing the student activist. “I request the government to not grant bail to Leona. If she is released, we will encounter her, or give a Rs 10 lakh reward to anyone who kills her,” Maradi said on camera.

In a different world, we may have tried to understand Amulya’s larger point of view. We could have taken into account the fact that in a Facebook post recently, she wrote: “Whatever country may be – long live for all the countries!” Adding: “Long live India! Long live Pakistan! Long live Bangladesh! Long live Sri Lanka! Long live Nepal! Long live Afghanistan! Long live China! Long live Bhutan!”

Many sensible people would call the posts little more than teenage-speak; sweeping statements that, on the surface of it, are disembodied slogans. One has the right to disagree with them. But does the path of every disagreement or criticism have to lead to jail? The official language used against dissidents has grown harsher as anti-CAA protests have spread further around the country.

Concluding the discussion on the governor’s address in the state assembly, Uttar Pradesh chief minister Yogi Adityanath recently defended the police’s role in the deaths of anti-CAA protesters. According to him, nothing could be done to save “those who want to die.” In fact, he urged people to appreciate the role of the police in dealing with “rioters” during the protests. “Jo jis bhasha main samjhega, usey uss bhasha main samjhayenge (We will talk to people in the language they understand),” he declared, going on to say: “Agar koi marne ke liye aa raha hai to woh zinda kahan se ho jayega (If someone is coming with the intention to die, then how will that person remain alive.)”

Over 20 people died from firing during the anti-CAA protests in UP in December. The UP police have booked 135 people protesting CAA under sedition, and arrested 20 in Azamgarh.

It may be interesting to recall in this context, what Art of Living head, the much revered Sri Sri Ravishankar, said at an event in 2016: “Pakistan and India and all countries, we should all remember that we are all human, we are all a part of this planet, we are sons of Ishwar, and we should come together with love… Pakistan, Hindustan should move forward with friendship. Jai Hind aur Pakistan Zindabad saath saath chalein (Long live India and long live Pakistan should go hand in hand.)” Of course, Sri Sri continues to enjoy proximity with the government. What we are witnessing currently in Indian politics is unlike anything we have seen before. The BJP is a party like none other in Indian politics. If the Congress is the progenitor of many repressive acts and measures now in full play, then the BJP is much more than their dutiful replicator. If the Emergency was a dangerous anti-democratic measure that took two years to defeat, curbing dissent is now an everyday affair with no end in sight. Dissenters are not citizens of India, but pro-Pakistan conspirators, Maoists and the like.

We are in a moment when the mere act of reciting poems, singing songs, raising slogans, reading the Constitution, or being youthfully politically engaged brings the potential threat of prison and state violence. While the prime minister tweets about all and sundry staying silent on these most pressing issues, his colleagues make the meaning of his silence loud and clear.