Bulandshahr Butcher's Family Alleges He Was Killed by UP Police

The police claim that Mohammad Aqeel Qureshi was not pushed off his terrace, but jumped on his own and fell to his death after the officers who had come to question him had already left. 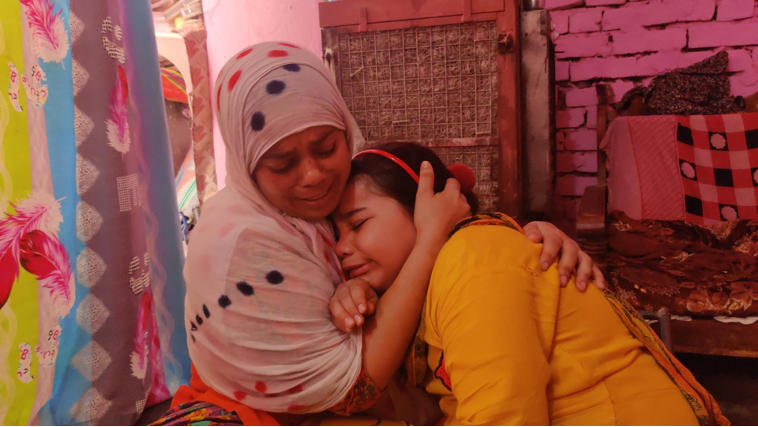 Bulandshahr (Uttar Pradesh): Alfiya, Mohammad Aqeel Qureshi’s five-year-old daughter, said she saw the police throw her father off the terrace of their house in Bulandshahr’s Morche Waali Gali. “One leg here, one leg there, and his head was here when he was thrown,” she told The Wire, showing this correspondent the spot where Qureshi had fallen.

The incident Alfiya is referring to took place on the intervening night of May 23 and 24, around 1 am. A meat seller, 42-year-old Qureshi, died on May 27 of injuries he suffered that night. According to the police, a team had gone to arrest him in connection with several criminal charges including illegal slaughter.

While his family alleges that he was pushed off the terrace by the police when he refused to give them money, police say he jumped on his own to try and escape. According to the police, Qureshi had been involved in cases of illegal slaughter as well as other offences.

A neighbour said that since most of Qureshi’s injuries are on his head, it appears as though he fell headfirst. “When somebody jumps, they would fall on their back…not on their head, right?” one of them asked.

According to his family, the police often took money from Qureshi. “My husband would often give money to the police out of fear when they demanded it, but he never gave me the details of why this was happening,” Shahana told The Wire. 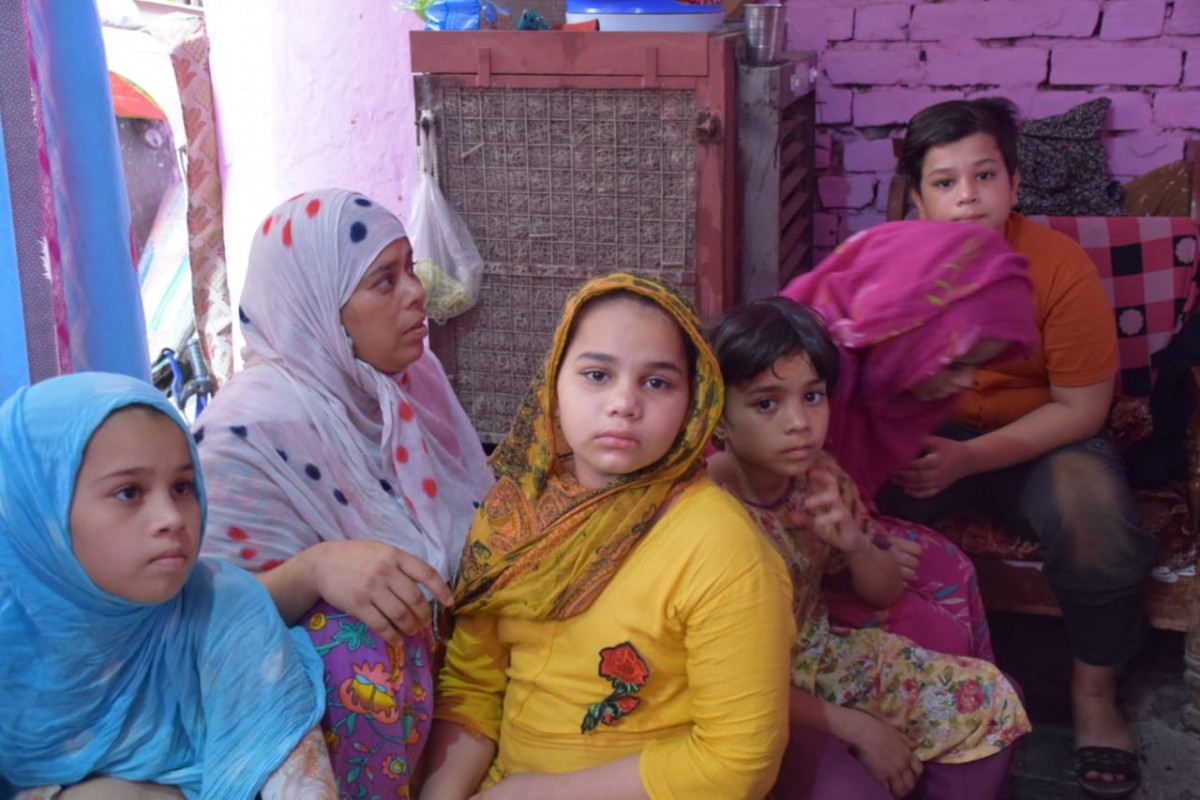 Eight-year-old Summaiya claims she saw that happening on the night Qureshi fell to his death. “The police asked our father for money. When he refused, they started beating him with pistol butts on his head. Then they held him from his legs and threw him off the terrace.” She said that after he fell, the police left.

Shahana too said she saw this – the police had surrounded Qureshi from all sides and also held his collar before knocking a pistol butt on his head and throwing him off the terrace.

“They [the police] knocked at the door, which I opened. Some of them came from the gate and some climbed up to the terrace from the back. My daughters, who were on the terrace, started crying out of fear after they threw down their father. The police told them to shut up, or else they will throw them also, just like him. They also abused me,” she told The Wire.

When the family went to the neighbour’s house where Qureshi had fallen, he was bleeding profusely, they said. “We put him on a cart to take him to the hospital. He was carried half of the way on a cart and the other half on a bike,” she said. 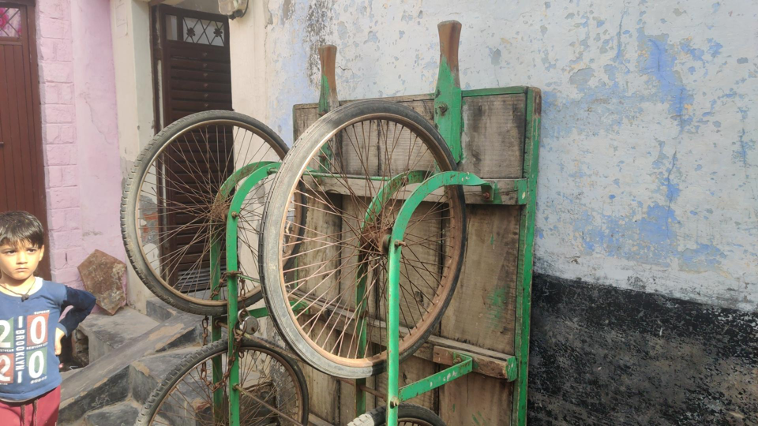 The cart the family said they used to take Qureshi to the hospital. Photo: Ismat Ara

Shahana told The Wire that the police would often ask Qureshi for money. For what, she doesn’t know. “Due to the lockdown, he was not able to earn anything. We were sustaining the family with difficulty,” she said.

Qureshi’s mother-in-law said that if he had done anything wrong, the police should have filed a case against him and pursued the investigation with evidence in court instead of coming to their house after midnight. “Even if he was a criminal as the police claim, why didn’t they take legal action against him?” she said. Shahana further asked, “Even if the police come across a criminal on the roads, they will treat him with respect and if he gets hurt, it is their responsibility he gets treatment. In this case, the police left immediately. Why?”

However, Shahana said that the more important question for her now is how she will sustain her five children – a son and four daughters – as their father and the sole breadwinner of the house is now dead.

“Look at this house. There is little space, things are cramped, there is only room here and one even smaller room on the terrace. If my son-in-law was as big a criminal as the police claim, wouldn’t he have a better house, perhaps a bungalow? ” Qureshi’s mother-in-law asked.

Also read: Muslim Meat Trader Attacked in UP, Police File FIR Against Him

Qureshi had a meat shop in the Khurja Nagar area. He would earn about Rs 500 on an average everyday, his family said.

The Bulandshahr police on Sunday said they have initiated a probe into this matter. The report will be submitted to the Senior Superintendent of Police Bulandshahr by next week, officials said. SP (Rural) Harendra Kumar, who is conducting the probe, said that statements of all concerned people are being recorded.

He said that Qureshi was accused in six criminal cases, including four cases of cow slaughter and one case of buffalo theft.

“The local police went to his house on May 23 to detain him, but returned empty handed after his wife told them that he wasn’t there,” he said in a press statement. The police, according to Kumar, had gone to arrest him in a seven-month-old buffalo theft case. 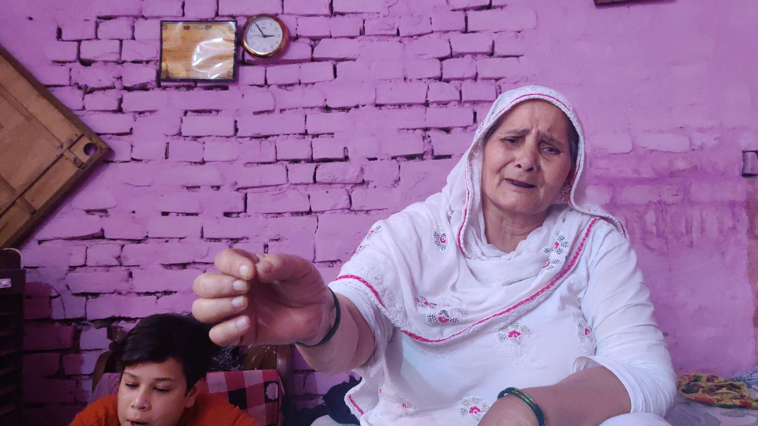 Police also said that the family did not file any complaints initially and were claiming police atrocity only after he died. There is no FIR filed in the case as of now. However, his family said that they had written a letter to the SDM on May 27, the day he died, alleging that he was thrown off the terrace by policemen Sunil, Gaurav, Dilendra, Fareed and others after they injured him with pistol butts.

“They left him there after throwing him off the three-storey building. Today, on May 27, he died. It is requested that these officers be suspended and we should be given financial help,” the letter, which The Wire has a copy of, stated.

The police have also claimed that the family got Qureshi admitted to a local hospital under a false name. Hospital documents seen by The Wire dated May 24 onwards, however, show that the family used the patient’s first name – Aqeel – in all the documents.

Human rights body People’s Union for Civil Liberties has also written a letter to the National Human Rights Commission on Tuesday, bringing notice to the “police brutality” in the case.

The family remains positive about getting justice. For Shahana, this means not only punishment for the policemen she claims killed Qureshi, but also a decent future for her five children.