My Anti-National Bookshelf Could Get Me Into Trouble

Writers have suffered all over the world for their books and their convictions. In this Brave New Technological Paradise of ours, now it could be the turn of the reader. 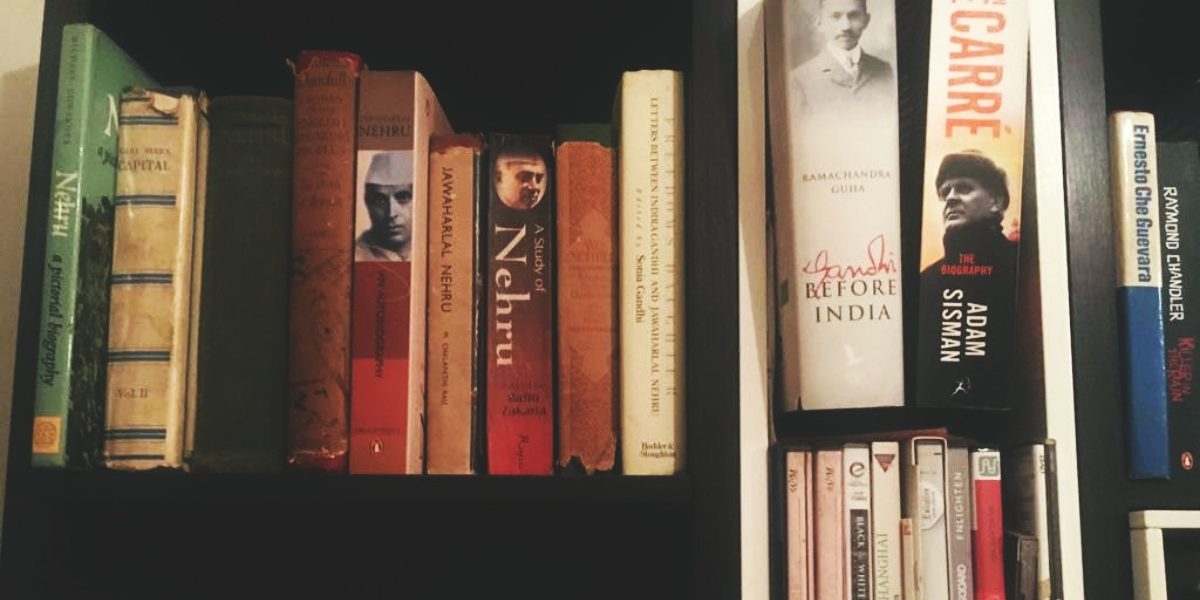 So many books on Nehru would definitely be seen as borderline seditious. A volume of Das Kapital by Karl Marx would get the alarm bells ringing. Credit: Sidharth Bhatia

Note: This article was first published on September 4, 2018 and is being republished on August 29, 2019, after the Bombay high court asked Vernon Gonsalves to explain why he had a copy of Leo Tolstoy’s War and Peace in his house.

As a sickular and a ‘libtard’ (unfortunate word, not mine), I have a lot of books at home. As a ‘presstitute’, I have even written a few. But given what is happening in our country now, I am seriously reassessing my bibliomania – not only just because I am running out of space to keep them, but because it has become risky to do so.

The arrests of five activists from different parts of the country last week by the Pune police is an omen of these risks. While conducting the raids, the cops looked closely at books these activists had at home and they had questions.

From the home of EFLU professor K. Satyanarayana, a son-in-law of arrested writer and poet Varavara Rao – who has made no secret of his sympathies for the Maoists – the cops picked up all material that was red in colour and also books and pamphlets with references (including photos) to Dalits, caste or Karl Marx. “They asked me why I had books of Mao and Marx. Why I had songs of Gaddar…Why do you want to be an intellectual? Why can’t you be happy with the money you are getting?” Similar questions were posed to Rao’s other son-in-law K.V. Kurmanath – the police found the books on Dalits he had in his collection highly suspicious.

Clearly, for the Pune police at least, “intellectuals” are dangerous and possibly planning an insurrection. Even as the courts have criticised the shoddy procedural lapses while arresting the five, the Pune police commissioner has said that incriminating evidence has been collected, which apparently suggests that these activists were planning to acquire weapons and also instigate attacks on security forces. In other words, a war against the state.

These events have made me take a close look at my own bookshelf. How would the cops interpret my own collection? Will they find it sinister? Should I be worried and keep those books out of sight from now on?

What would they say, for example, if they chanced upon books on and by Jawaharlal Nehru, who, if not actually a Maoist sympathiser, is now considered responsible for all that is wrong in this country? When the highest in the land makes it clear that Nehru is persona non grata and must not be named in any context – even when discussing the space programme or the IITs, which were set up under his administration – then the officials down the line quickly pick up the signals. So many books on Nehru would definitely be seen as borderline seditious.

Gandhi might just about escape scrutiny, but a volume of Das Kapital by Karl Marx would get the alarm bells ringing. There are other Marxes too – a wonderful biography of his daughter Eleanor and a couple of books on Groucho Marx. This would certainly make me a bona fide Marxist. Fortunately, a copy of Mao’s red book, picked up in a leftist store in New York a long time ago has gone missing, but there are biographies of his lying around somewhere – a Maoist too!

The Soviets are well represented. During the heyday of India’s friendship with the USSR, beautifully designed books were available for really low prices and found a ready market in India via the various People’s Publishing House outlets in the cities. They sit proudly on the shelf: biographies of Lenin, and books on history, science and even folk tales and the great novels of course. Crime and Punishment – highly suggestive.

Then there are the classics – Shakespeare, Shaw, Dickens. Julius Caesar, about a power made ruler? Arms and the Man? Great Expectations? Does this imply the dream of ‘achche din‘ is forever lost? Various Indian authors, from Prem Chand to Yashpal to Manto – hmm, books about the prostitutes in red light areas!

All the great detective and mystery novels – Conan Doyle, Christie, Chandler – Murder Most Foul, The Body in the Library and more like them, may perhaps indicate some crime is being planned. I can see the top cop asking,“Why do you have so many books about crime? That clearly shows you are mixed up with criminals of some sort.”(John Le Carre will probably escape their scrutiny as The Honorable Schoolboy sounds quite like the ‘Adarsh Bharatiya Balak’ and therefore could get me some brownie points.) Alice in Wonderland – I wonder what they will make of it.

On the other hand, there are several books on the British Raj and the East India Company, which could easily establish me as an agent. To compound it, there are hardly any books on religion and I think I was lucky that I did not buy any of Wendy Doniger’s works. But a book by M.F. Husain on his stint in parliament is positively incendiary.

Even omissions could raise questions. Religious texts are conspicuous by their absence – somehow never had the time nor the inclination to get them. And why is there not a single book on management techniques: how to become a leader types or the Seven Habits of Highly Effective People or biographies of great CEOs of global companies. No interest in them at all.

There are others too that I may not have noticed in the jumble that is my bookshelf. But a search by a raiding party – and they can be pretty thorough – could unearth tomes one picked up at various stage of life without care or worry and which today would be considered subversive. Who could foresee how things would turn out?

So I live with some dread. With the way the state is beginning to look into every aspect of the citizen’s life, telling her what she can eat, who she can love or marry and even how to prove not just her patriotism but also her citizenship, how long before it comes out with a prescribed list of books that can be bought and read? This is easily achievable – just make it mandatory to give one’s Aadhaar number while buying a book.

Writers have suffered all over the world for their books and their convictions. In this Brave New Technological Paradise of ours, now it could be the turn of the reader.

Take a photo of your bookshelf and tweet it to us with #MyAntiNationalBookshelf.