The BJP Has Done Immense Damage to India, But Also Led to Some Unexpected Miracles

For the very first time in our history, the concept of "secularism" has come out of the rarefied and elite portals of parliament and the Supreme Court, where for years it had been kept as a captive idol, paraded in public only during elections. 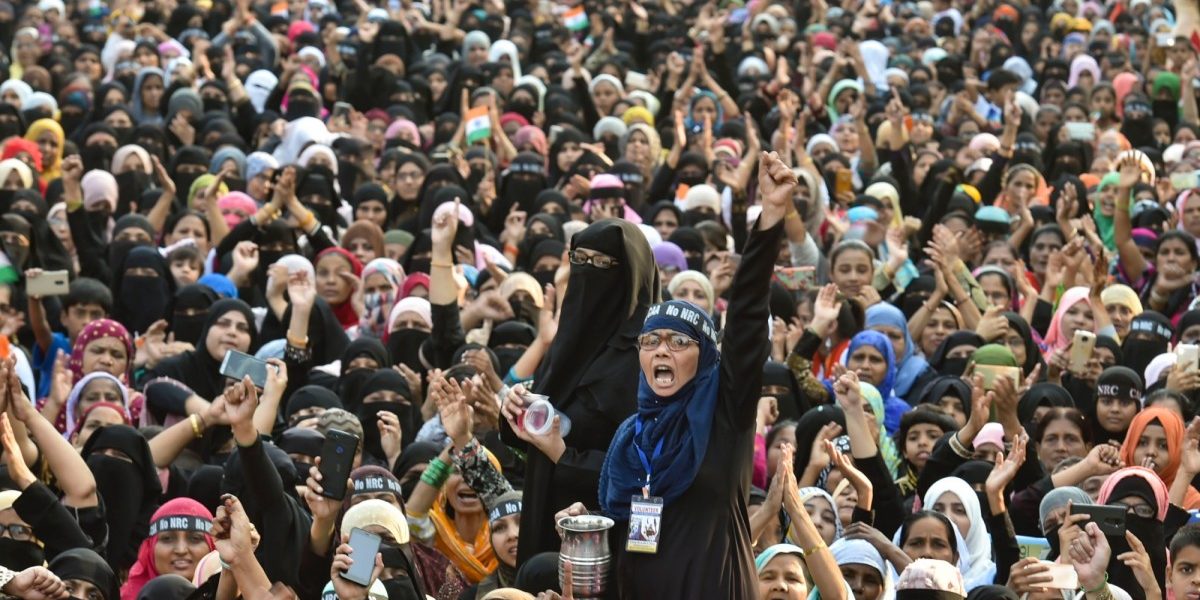 In the millennia to come, when our history is written (not, however, by the likes of MP Rakesh Sinha or Dina Nath Batra), it will no doubt record the immense damage done to our culture, ethos, public institutions, democratic fabric and constitutional values by the two terms of the present Bharatiya Janata Party government.

But it will also record the miracles that are playing out even as I write – the unintended consequences of the government’s brutal and unilateral decrees and actions, the unexpected outcomes which their ugly algorithms had not factored in, but which will, in the long run, make this country a much better democracy than what the politicians had delivered so far. Just consider the results of the toxic Citizenship (Amendment) Act-National Register of Citizens brew, the police brutalities, the undisguised vengeance extracted by Adityanath, the blatant falsehoods of the prime minister and his henchmen, and of the protests that have followed.

For the very first time in our history, the concept of “secularism” has come out of the rarefied and elite portals of parliament and the Supreme Court, where for years it had been kept as a captive idol, paraded in public only during elections. Freed from its legalistic and political fetters, it now mingles joyously with the ordinary citizens in the streets, parks and universities of India.

If you wish to see the true face of this creature, go no further than Shaheen Bagh in Delhi, or Roshan Bagh in Allahabad or Park Circus in Calcutta or the Clock Tower in Lucknow or Phulwari Sharif in Patna, or dozens of other such sites across the length and breadth of India. There you will see Hindus, Muslims, Sikhs, Christians sitting together in protest, braving the cold, the discomfort, the loss of earnings, the humiliation and worse by the police. There exists only one identity and one religion there, the one which this government has tried its best to shatter into a thousand pieces – Indian.

Also read: Flag This Extraordinary Moment—A Symbol of Power Has Become a Totem Of Resistance

The ham-handed tactics of Narendra Modi and Amit Shah have brought about in just two months what the constitution and courts could not in more than 70 years – a coming together of all our disparate religions, the real meaning of a secularism hitherto caught up in semantics, didactics and legalism, a realisation that what the constitution has given let no politician rend asunder.

Modi-Shah had calculated that with the CAA/NRC combo, they would permanently divide Hindus and Muslims, picking off the latter family by family, ghetto by ghetto. What they have achieved instead is to bring them together, in a recognition of our religious abundance that goes far beyond a bookish secularism. And this is just one of the results of the law of unintended consequences, there are others too.

The citizens of India have also reclaimed the national anthem and the tricolour from the ceremonial tokenism they had been reduced to. They sing the anthem lustily morning and night, drowning out the sound of jackboots always prowling in the peripheries. They now sing and wave them in the face of police brutalities as an answer to the calumny, untruths, fake news, violence and threats unleashed by an authoritarian government and its sold out media. It is their riposte to the repeated slurs of ‘anti-nationalism, tukde-tukde, urban Naxals, sickular, libtards’ and similar invectives that make up the vocabulary of those in power. Our flag and anthem have finally found their rightful place – in the custody of the citizens, in the proud hands of a four-year-old at Shaheen Bagh rather than on the cold flagpole of a sarkari monument. They have acquired meaning and value.

But it is the women who have sprung the biggest surprise on this government. They are the ones leading these sit-ins, the unseen, unheard 50% of India hitherto treated as camp followers of an outsized patriarchal ego. They come from all faiths, from behind the ghunghats, hijabs and burkhas; the supreme irony being that the Muslim women whom the BJP had “liberated” with an over reaching triple talaq law are now voicing their freedom in a manner that the party finds extremely embarrassing! Of course it is not the Triple Talaq Act that has empowered them, but the resistance to the new citizenship law.

Homemakers used to the privacy of their homes have now stepped out not only of their houses, but of centuries of seclusion to fight for their rights and their children’s futures. They are no longer deterred by FIRs being lodged against them or their homes being ransacked by the police. Theirs is the real secular pushback, against both the Hindu fundamentalists and their own obscurantist ulemas. These protests have given a voice and power to the women of India that all past legislations could not, and this perhaps is the biggest unintended outcome of the BJP’s miscalculations. This can only strengthen our democracy.

A new idiom and language of democracy has also emerged over this last one month, crafted in the streets and not in the arcane groves of academia or the comfort of plush studios. They can be seen in the creative posters at the protest sites ( “Show me your degree and I will show you my papers!”; “Hindu-Muslim raazi, to kya karega Nazi”), memes on social media, paintings, lyrics and songs. An entirely new genre of music has emerged, not unlike the heady days of Vietnam, Woodstock, Bob Dylan, Bob Marley and Joan Baez. And so we now have Varun Grover (‘Hum kagaz nahi dikhayenge‘), Sumit Roy (‘Go protest‘), Poojan Sahil (‘Pachtaoge‘), Armaan Yadav (‘Ram bhi yahan pe‘) and countless others. It is a festival of egalitarian music.

Our youngsters – students and youth long derided as WhatsApp and Facebook organisms – are the vanguards of these protests, even as their elders have preferred to play safe. The younger generation has displayed a better sense of history too, and of our archival values: they are reacquainting themselves with the constitution, with Gandhi and Subhash Chandra Bose, even with the older songs that confront tyranny and persecution – songs of Faiz, Nagarjun, Habib Jalib, Allama Iqbal and Dushyant Kumar.

Also read: The CAA is Against Bahujan Emancipation

They have had to grow up quickly, to recognise the lesser evil, but they have now come of age in the more than 40 universities that have stood up and said, “Enough is enough!” India will be the richer for this in the years to come, for from among them will emerge the new leaders of our polity and society, to replace the jaded, corrupt, opportunistic, morally bankrupt and ideologically regressive leaders of today who have betrayed them.

It is difficult for citizens to confront a modern state, with its police, armies, coercive agencies and fake news factories. Equally, however, the results of a battle of ideas can never be foretold, and the rule of unintended consequences can never be discounted. Modi may still ram through his diseased ideas but it will be a pyrrhic victory, and a short-lived one, because the opposition to him is changing the country for the better.

The hitherto sterile concepts of citizenship, secularism, pluralism, nationhood and equality have come alive and their true value is only now being recognised. It is something the government’s arrogance had not bargained for. One is reminded of the words of the poet Mohammad Iqbal: “Nations are born in the hearts of poets, they prosper and die in the hands of politicians.” We may still be spared this fate.