Birbhum Massacre Toll Rises to 10 as Woman Succumbs to Injuries

Houses in Bogtui village of Bengal were set on fire after the murder of local TMC leader Bhadu Sheikh. 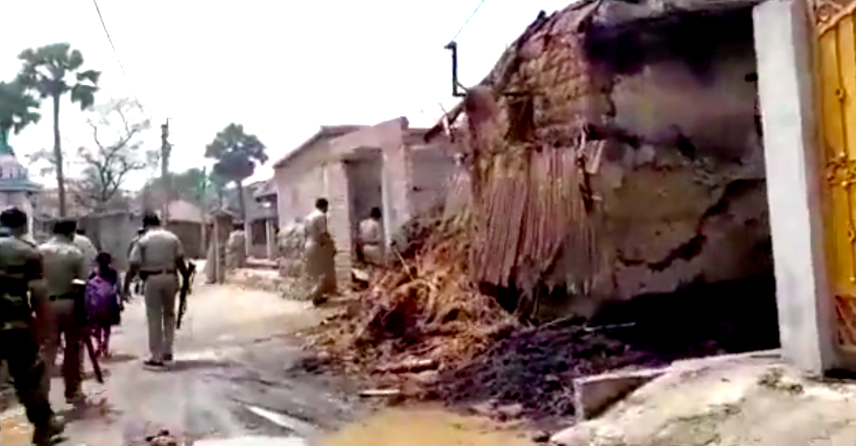 File image: A video screengrab shows security forces in the Bogtui village of Bengal's Birbhum after houses were set on fire following a TMC leader's murder.

Rampurhat (West Bengal): A woman, who suffered burn injuries in the Rampurhat massacre in West Bengal’s Birbhum district in March, died on the morning of May 1 while undergoing treatment.

With this, 10 people have died of burn injuries after their houses in Bogtui village were allegedly firebombed following the murder of local TMC leader Bhadu Sheikh.

The woman was admitted to the hospital with 27% burn injuries, a police officer told PTI.

“She was discharged after her condition improved. But, she was again admitted to the Rampurhat Medical College and Hospital after her health condition started deteriorating. She died early Sunday morning,” he said.

The CBI took over the investigation of the incident, which happened on March 20, from the state police on the direction of the Calcutta high court.