While Bihar awaits results of a hard-fought election, there has been a general despondency among the voters at the state of affairs in rural Bihar, and the failure of political parties to deliver. 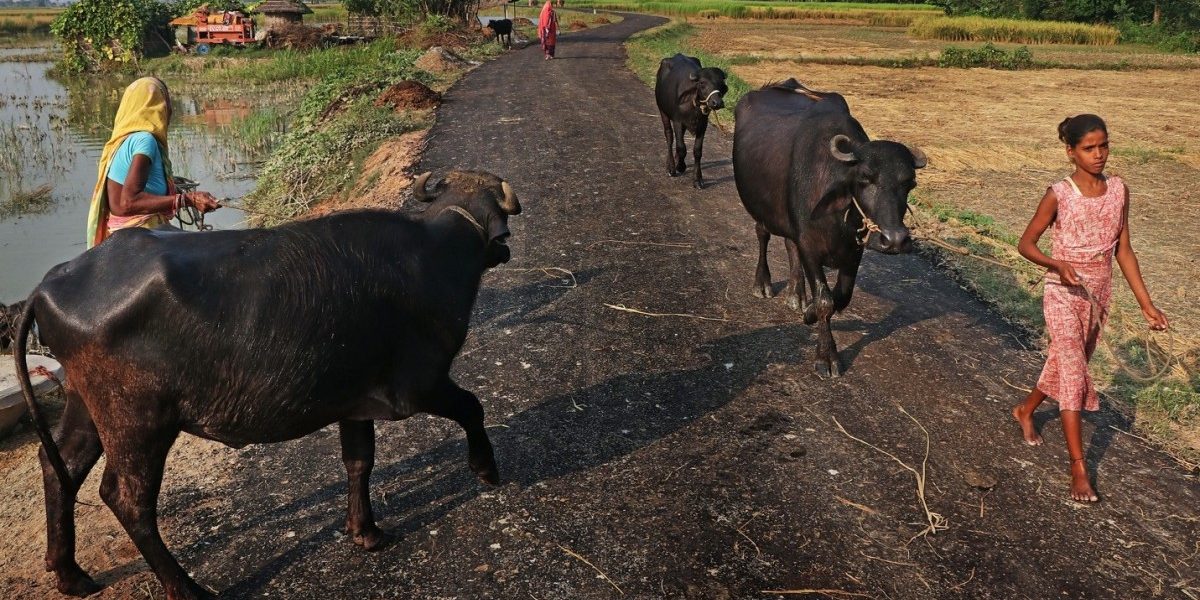 Caught in vicious cycle of poverty, generation after generation, families in rural Bihar have been subjected to a limited opportunities for development. Photo: Jignesh Mistry/PAIGAM

“It is against the natural order for the many to govern and the few to be governed,” Jean-Jacque Rousseau said in The Social Contract (1762). Adopting a view common among critics of democracy even in his time, Rousseau held that “there is no government so subject to civil wars and intestine agitations as democratic or popular government”. Despite his pessimistic take on the prospects of representative democracy, and a much narrower view on its conceptual design than other political philosophers like John Locke or John Stuart Mill, Rousseau still believed that there is no (better) alternative to a government by representation.

In India’s democratic context, state elections have perhaps become the only time when popular attention to local issues, and exaggerated claims in party manifestos, are all paid heed to, evoking much promise or hope for a change in the status quo. Popularity and the image of the local leadership among the electorate, selling of party tickets and vote-buying, among others often tend to subvert the same issue-based elections.

Still, an election season provides a reason for questioning an incumbent party’s work, its leader’s work, as one assesses the ground impact by engaging with voters across socioeconomic groups. From an external observer’s perspective, it also becomes an absorbing time for many to understand the heterogeneity of social structures present, and its dynamics in shaping various issues that may influence a voter’s preference. 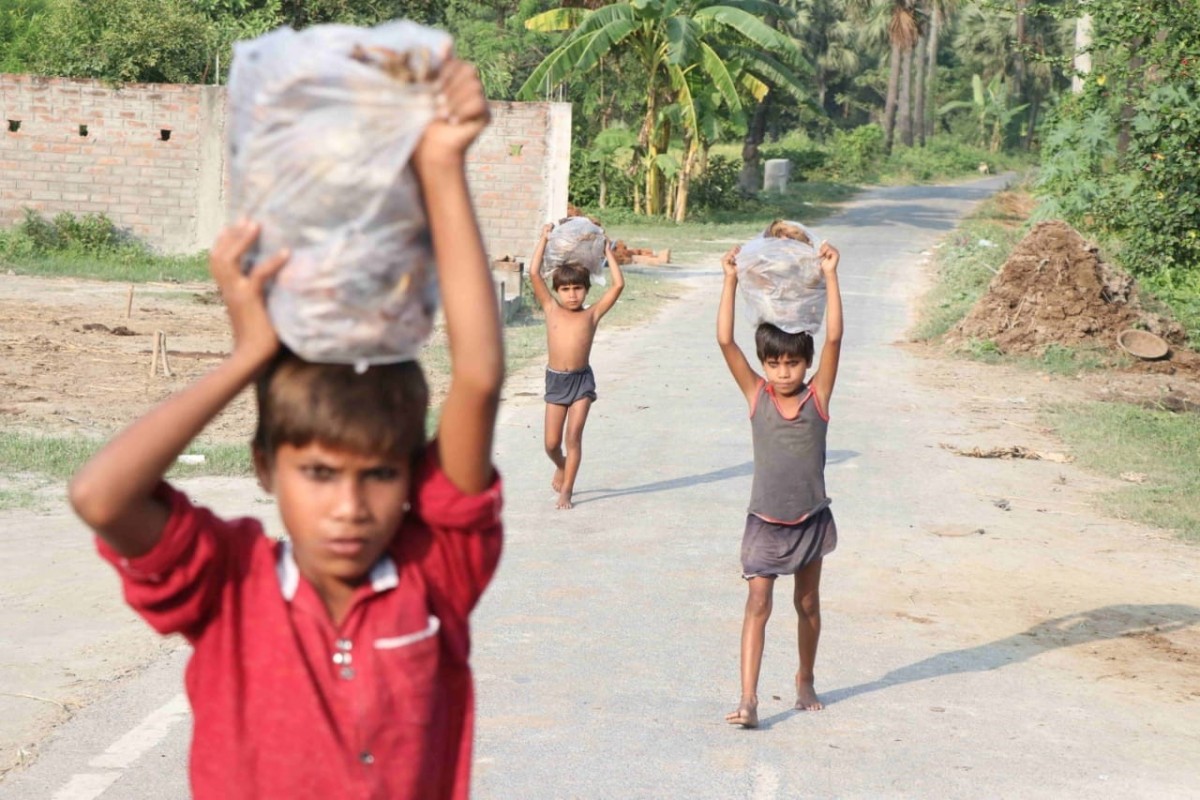 Bihar, with an electorate more than the population of countries like Italy, Spain, France and the UK, and being one of the largest state assemblies, is awaiting the results of the recent assembly election on November 10.

Nitish Kumar of the JD(U)-alliance has been in power as the chief minister of Bihar for three terms. The shifting dynamics of political-party competition, a potential churn in existing social equations, and Kumar’s own political (mis)steps have excited much commentary over the past few months. This is also the first large scale election in the country during a pandemic.

A political scientist’s key phrase emerging thus far, in defining the average voter preference, remains: a split voting ticket preference – as being explicitly seen on the ground between people’s approach in voting for state and national elections. The Mahagathbandhan, led by the youthful dynamism of Tejashwi Yadav, it seems, has a very good chance to come to power at the state level, while the BJP and NDA combine is still the popular choice for government at the Centre.

However, the political debate around the election in Bihar was less focused on the pandemic, or on caste-based issues alone. Voters, it seemed, are now more concerned about the state of (un)employment, lack of economic and social development in the state, and are becoming vocal about these problems on the ground.

Here, we attempt to bring forth some voices from our field-coverage across parts of rural Bihar.

On being asked, how has the social situation for people changed in the rural areas, Ramnath from Ginjas panchayat in Bihar adds, “We feel powerless. We are turned into bonded labourers, and is at the mercy of the state…Nothing has changed.”

Ramnath’s words echo the feelings of several (rural) voters, who find themselves helpless as they grapple with difficult life situations, a history of unfilled political promises, and now even suffering from a lack of deserving candidates (as alternatives to the incumbent).

A striking 93% of Bihar’s population is employed in its extremely vulnerable (unorganised) agriculture sector, with most farmers working with minimal land acreage and low incomes. Lack of alternative job opportunities and wrath of floods across the state have turned a large share of the workforce desperate, and unemployed.

Also read: Hurt by the Past, Hopeless About the Future: The Agony of Bihar’s Migrant Workers

The state, for long has now become a vital source for providing for migrant work across the country. Most people, from rural Bihar, migrate with families to other cities, simply because, they have less opportunities to manage subsistence and livelihood in their own villages.

This problem accentuated when lakhs of migrant workers returned recently to their hometowns and villages after a curfew-like lockdown was imposed in the country earlier this year. Most lost their jobs and were left without any money, as all major production units across other states remained shut.

Ramesh, a B.Sc. student studying in Jalandhar describes the situation, “All young men and women (like me) came back to our villages. Now we are all sitting at home. The fields are clogged with water. There is no way of getting any work around. What is the other option than being poor?”

The wrath of floods

Adding to the crisis of employment, the floods in August 2020 wreaked havoc in the lives of people across north and south Bihar. The devastation brought forth by floods has become an annual event for many in these regions, but this year’s catastrophe has been reported as one of the worst, where major crops for harvest are ruined, fields are buried under water, and kachcha houses have been washed away.

Despite all this, good infrastructure did not seem to be a priority for political parties even this election season. Nitish Kumar’s own government in power has not been able to work on long term infrastructural solutions, nor ensured even basic compensation to those affected. Floods have been a recurring feature in Bihar, yet the state government has done little to mitigate the damages caused to the people. Photo: Jignesh Mistry/ PAIGAM

Rajesh from Ginjas says, “One who gives Rs 6,000 as aid and compensation amount for the devastation caused gets our vote.” This was the amount of compensation sanctioned and promised by the government, but it has not reached the people because of the bureaucracy, redtapism and corruption. From what we checked, only 5% to 10% of the affected families have received this relief amount.

Laxmi says, “Our entire cultivation is lost. The field is no more suitable for sowing anything else. There is nothing to eat at home. What should we do?” Relief money has become a major electoral issue for many in rural areas. Exaggerated promises by contesting parties are constantly swinging the needle of voter preference.

This is the response received in general from women across Muzaffarpur constituency (the second largest in the state) on the question of construction of toilets – a push made by the prime minister’s Swachh Bharat programme. The Rs 12,000 allotted for construction of toilets has been allegedly subject to heavy leakages at the hands of local authorities like the Mukhyas and have only resulted in dysfunctional concrete constructions. This is when the city has been included in the proposed Smart City’s Project. 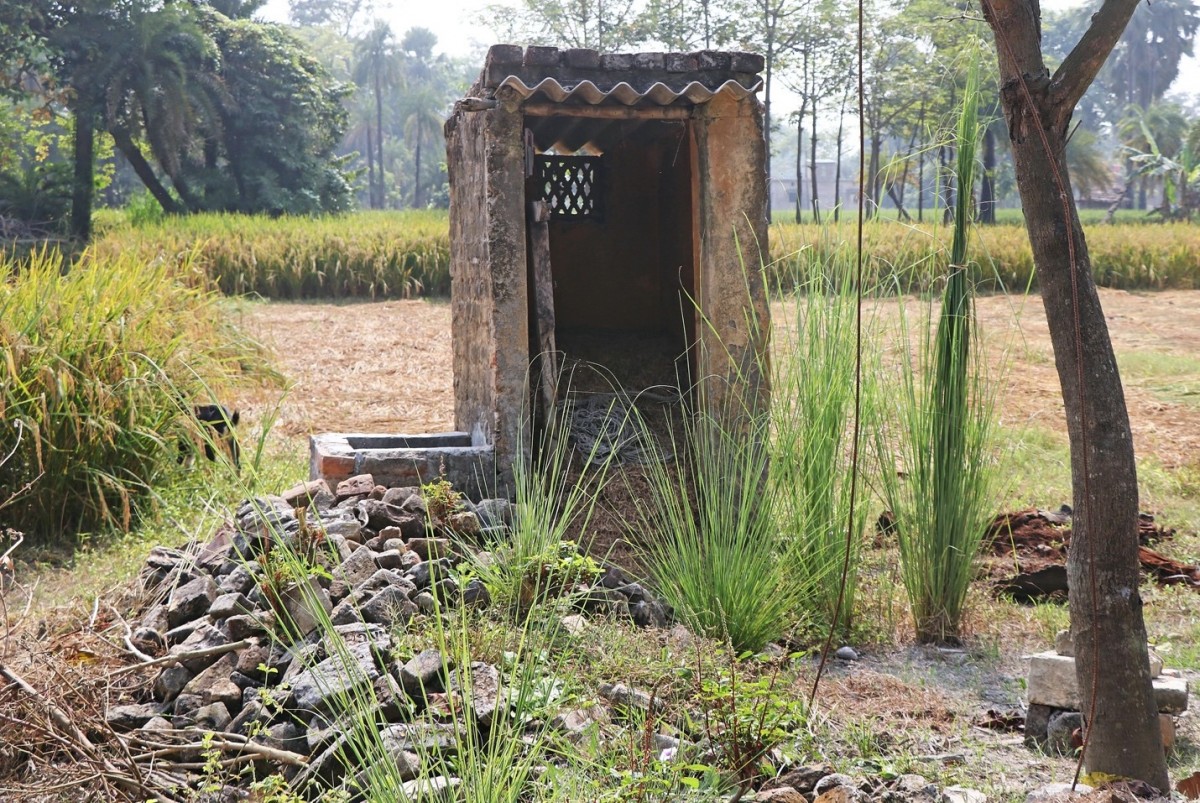 Despite the tall claims of the government to declare open-defecation-free villages, there is more to be done to provide functioning toilets to the masses. Photo: Jignesh Mistry/PAIGAM

Even though the popular claim made around the election was that Bihar has become 100% open defecation free, most rural voters, particularly women, shared concerns around hygiene, sanitation and women safety.

Also read: For RJD Followers, Lalu Prasad’s Corruption Conviction is Not an Issue

Brajesh, an elderly man from Muzzafarpur mentions, “Na road hai, na kaam, ghar mein pani hai aur fasal barbad hai (Neither there is a road, nor work. Our house is inundated, and the crop is damaged).”  The roads around the villages are in extremely bad conditions that people do not prefer to walk. “Nothing has changed here in the past 15 years,” he adds.

A striking policy failure that has caused massive resentment amongst rural-urban people has been the failure to implement alcohol ban and prohibition in the state. The poor implementation of the ban has increased the illegal supply of alcohol across the state, and far worse, it has also increased availability and production of spurious alcohol. The nexus of production and distribution units has been strengthened through channels of home delivery of liquor, while the consumption of the substance is being prosecuted, where the poor are disproportionately penalised.

Laxman, when asked about the state of administration in Bihar, says, “Sab Ram bharose hai yahan (Everything here is left to god).”

“All candidates are alike. Nothing is going to change. We are seeing this for decades. What new will happen this time? Nothing!” laments Ramtirth. 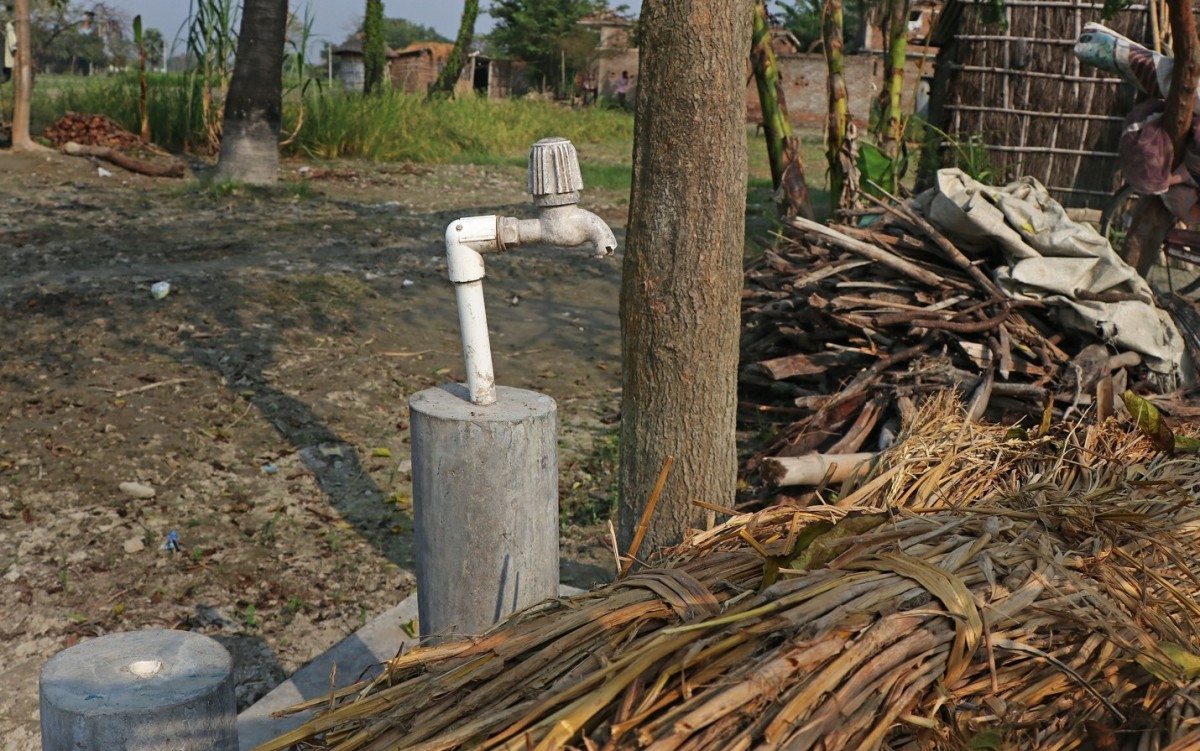 Limited water supply and lack of water purification units are some of the many developmental challenges faced by people in rural Bihar. Photo: Jignesh Mistry/PAIGAM

People can become aware of the lackadaisical approach of the administration when they see that the schemes announced by the government do not benefit them.

Despite the relatively higher focus on the economic issues in this particular election, the role of caste-based politics and the arithmetic of caste-based voting have not lost its ground.

Voters openly voiced the chasms between the “forward” and the “backward” castes in the electoral landscape of Bihar and often articulated the importance of their varchasv (identity assertion) over and above issues and the image of a candidate. Caste divides have been blatantly visible in the spatial-segregation of a panchayat, where references that a “Rajput” Tola (a village community neighborhood cluster) would vote for the NDA while a Yadav Tola would go for Tejashwi Yadav-led Mahagathbandhan, are very common. Most candidates have found ways and means to appease voters by handing cash-in-advance or trying to offer (false) promises.

We have seen how narratives of young-middle aged voters like Laxmi, Ramtirth, Ram Singh, Ramesh and Padma from different parts of rural Bihar also tell a tragic tale, one of increasing hopelessness in the political process.

Amidst their fight for daily survival for dignity in the society, people from rural Bihar have been losing faith in the electoral process.

The ground reality of the state, its stage of economic development, and the discriminatory nature of economic opportunities across (social) groups stand in stark contrast to the discourse of development aggressively promoted by political parties through their might of advertising.

This field-analysis is part of a Visual Storyboard field-initiative undertaken by Centre for New Economics Studies (CNES) in collaboration with PAIGAM (People’s Association in Grassroots Action and Movement). The authors would like to especially thank and acknowledge the invaluable support and contribution received on this Visual Storyboard from Mr. Kunwar Hari Om (PAIGAM), Kafeel Ahmad Farooqui (PAIGAM) and the rest of the team. Please see the Photo Essay on the Battleground Bihar Election coverage released here and here.