Two migrant workers allegedly lynched a resident of their village for informing the authorities about their return and insisting they get tested for the coronavirus infection.

Migrant workers walk towards a bus station along a highway with their families as they return to their villages, during a 21-day nationwide lockdown to limit the spreading of coronavirus disease (COVID-19), in Ghaziabad, on the outskirts of New Delhi, March 29, 2020. Photo: Reuters/Adnan Abidi

New Delhi: The reverse migration of daily wagers to their respective villages in Bihar took a horrific turn. In Madhaul village in Sitamarhi district, two migrant workers allegedly lynched another resident who had informed the authorities about their return.

Bablu Kumar Singh, according to his brother Guddu, had called a local helpline to inform the state’s health department that two persons had come back to Madhaul without undergoing a proper medical examination for COVID-19.

Guddu said that when the health officials examined the migrant workers on March 24, after Bablu alerted them. The two persons killed Bablu in a fit of rage on March 29. “They beat Bablu up until he was unconscious and he died from internal injuries, Guddu said,” Down To Earth reported.

Bablu’s father said that his son was killed for helping the government mitigate the spread of the virus in the village community.

Soon after the alleged attack, Bablu’s family took him to the nearest health centre, where he was declared dead.

The accused persons have now been arrested and an FIR has also been lodged against six people allegedly involved in the attack, said Shiv Narayan Ram, the SHO of the Runni Saidpur police station. The post-mortem report of Bablu’s body is still awaited, he added.

Since the national lockdown was enforced on March 25, thousands of daily wagers and informal sector workers, stranded without work and proper shelter, have looked to return to their villages. Many have been walking hundreds of kilometres to reach their villages at a time when public transport systems have completely been shut. This has led to a humanitarian crisis in which state governments, dealing with the challenge to contain the virus, have struggled to provide food and shelter to them.

A large chunk of these labourers are from Bihar, and the reverse migration of workers has led to social tensions in the state. Over the past few days, reports of violent clashes among villagers have surfaced.

Permanent residents of various villages are worried that the returnees could spread the virus, whereas migrants have nowhere to go. Given Bihar’s extremely poor public healthcare system and lack of enough testing kits, stigma against migrant workers among villagers have only escalated.

Around 50 villages have reportedly stopped the entry of migrant workers. Residents have been asking them to take the COVID-19 test before they are allowed to enter. 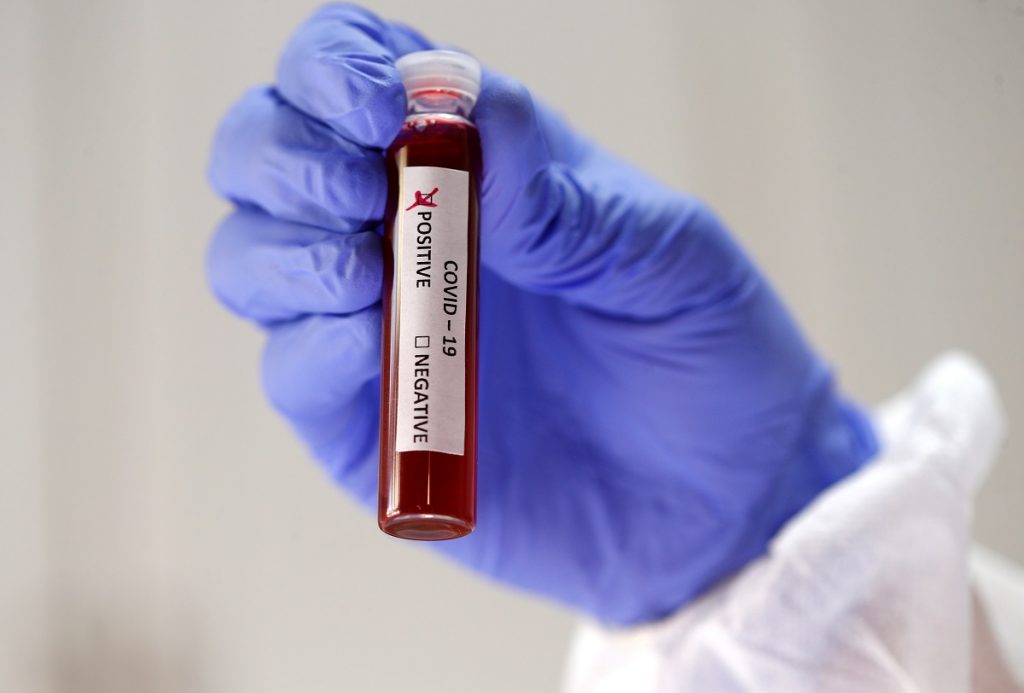 In one such case, angry residents of a village in Jehanabad district also assaulted state government officials who had gone there to quarantine a bunch of migrant workers who had returned from Delhi. Although no one was injured, the residents torched the government vehicles in which the officials had come.

Another instance was reported from Baniya-Yadupur village, located in Madanpur block of Bihar’s Aurangabad district. Here, residents have threatened legal action against migrant workers if they entered the village without getting tested. They have hung a poster with this warning at the entrance of the village.

“Who will protect us if we get infected with the virus? You know the condition of our health centres,” Pramod Kumar Singh, a resident of the village, told Down to Earth.

Also Read: The Lathi and India’s Colonial Cure for the Coronavirus

Similar worries and actions have also emerged from Pranpur village in Aurangabad. “We can’t just allow the migrant workers who may have the virus to enter our village,” Gorelal, a local councillor in Pranpur village, told the magazine.

Those who managed to reach their homes, however, are relieved. In Soshuna, Aurangabad, around 45 migrant workers who returned from Kanyakumari, Kolkata, Surat and Delhi have been lodged in a government school and other government buildings. “We are helpless but very happy that we have reached the village at last. We are waiting for 14 days to finish so we can meet our family,” Harendra Kumar Ranjan, 51, who travelled approximately 2,713 kilometres between Kanyakumari and his village by train, auto and foot, told the magazine.

The district authorities, on their part, claim that they have set up medical camps and quarantine facilities for migrant workers. “We have set up enough medical camps at all the bordering districts where the returning migrants are being screened for the virus,” said Pratyaya Amrit, principal secretary in the state’s disaster management department.

A report by the state’s disaster management department said that more than 13,000 migrant workers have quarantined in village schools as of March 30.

“It is important to trace suspect cases who may have unknowingly come in contact with those infected by the virus to contain the pandemic,” Kumar was quoted as saying.

The state government, on March 30, sealed Bihar’s borders with other states and also Nepal, where thousands of migrant workers from the state are stuck at the moment.

Bihar chief secretary Deepak Kumar agreed that many were stuck at the Bihar-Nepal border but the government wouldn’t allow them to enter the state, given the risks involved with the decision. However, he added that the inter-state migrants will be allowed to stay at relief centres built at the borders.

The state has a total of 24 COVID-19 cases, including one person who has died.

The reverse migration can pose a huge social and administrative challenge for the state government. A study by the Tata Institute of Social Sciences (TISS) and Aajeevika Bureau, a non-profit, estimated that around 4-4.5 million people from Bihar migrated to cities for work.  According to the study, an estimated 19.34% of Bihar’s migrants are settled in Delhi, 10.65% in Maharashtra, 10.24%in Uttar Pradesh, 7.06% in Haryana, 6.89% in Punjab and 4.79% in Gujarat.